Animals With an Amazing Sense of Smell: Unbelievable But True

Do you think that the human nose can detect the slightest odor in its surrounding? If yes, then you will be surprised to note that the ability of humans to smell is quite dismissal when one compares it with the olfactive transcendence of animals.

You are here: Home / Uncategorized / Animals With an Amazing Sense of Smell: Unbelievable But True

Do you think that the human nose can detect the slightest odor in its surrounding? If yes, then you will be surprised to note that the ability of humans to smell is quite dismissal when one compares it with the olfactive transcendence of animals.

Of all the animals, man has the poorest nose; he has virtually lost the sense of smell.
~ Ernest Thompson Seton

Man, who ranks high up in the list of the smartest animal on the planet, has quite an inferior sense of smell when compared to other animals. Our wine tasters or perfumers may beg to differ, but alas, our sense of smell is quite dismissive. We have our brain to help us out of a tricky situation, but for many animals, it is their nose that helps them survive.

There are quite a few animals with an amazing sense of smell that helps make a difference between life and death. Let us read more about these animals who rely on their noses to win the race of survival.

Which Animal has the Best Sense of Smell

There are animals who can sniff prey when they are miles away. They can even smell danger around and run to safety. Animals with a keen sense of smell are mostly those who have a poor vision. As they cannot see well, they make up for their weakness by developing their ability to smell. Thus, they can prevent themselves from becoming food (prey for other animals) as well as find themselves food. Let us have a look at some of the animals with the best olfactory ability.

High up on the list is papa bear. They have very big noses with thousands of smell receptors. Bears can detect a dead animal from 20 miles away, thanks to their keen sense of smell. Bears can smell better than any other animal on the planet, because the olfactory bulb region in the brain is 5 times larger than in a human brain. This is quite surprising as the size of the brain is just one-third the size of humans.

The surface area of a bear’s nose has 100 times more smell receptors than a human nose. There are hundreds of tiny muscles in their nose that help them control smell. Thus, if you visit the woods for camping, it will be very difficult to keep a bear away from food. Make sure you leave your food supplies at least 100 yards away from the place you plan to stay. This may not be the option every time, so make sure you place all edible things in a 100% odor-proof plastic bag found in the market, like OPSAC.

The sense of smell of a bear is 2,100 times better than humans!

The fish that can smell well is the dreaded shark. They can detect prey from a mile away. It has been found that about 2/3rd of a shark’s brain is dedicated to the olfactory bulb. Thus, any injured marine animal or even a human is not safe from a shark’s sense of smell.

The nostrils of a shark are present on the underside of the snout. A few sharks, like the nurse shark, have sensory projections near the nostrils and mouth. These projections are called the nasal barbels. They help the shark to taste and feel. Water flows through these nostrils of a shark continuously. Thus, a shark is updated about its surrounding 24/7 and not one prey has a chance to escape the jaws of death!

A shark can detect a drop of blood in about 25 gallons (100 liters) of water with the help of its amazing sense of smell!

The olfactory bulb in the brain of a bloodhound is larger than in most dogs and definitely bigger than in humans. The minute the dog smells a piece of clothing of a particular person, the odors reach the smell receptors and are sent to the olfactory bulb. The smell is then analyzed and an ‘odor image’ is created in the brain of the dog. The bloodhound will identify this particular smell from a cocktail of other smells and reach the source of scent that can be over 130 miles away.

The slithering snake smells prey with the flick of its tongue. Snakes use their forked tongues to collect airborne particles. Snakes have both nostrils as well as nasal cavities which are not used to smell. Instead, they have a vomeronasal organ, also called, Jacobson’s organ in the mouth. The minute air particles are picked up by the tongue and sent to the Jacobson’s organ. This gives them a profile about the surrounding using their taste and smell.

Snakes are constantly flickering their tongues. It helps them take samples from the air, soil, water and analyze the various chemicals. These chemicals are analyzed and help them get an idea whether there is a prey or predator in their surrounding.

Aquatic snakes like the anaconda use their tongue to smell in water just as well as ground-dwelling snakes!

Rats allow air to pass through their nose into a patch of skin that contains smell receptors. The odor particles bind the cilia present on the smell receptors and olfactory neurons, thus triggering a neural reaction in the rat. Rats also have another smell organ called the vomeronasal organ. This organ is present in the lower part of the nasal passage near the septum.

When the rat smells, the scent particles reach the vomeronasal organ. This organ helps the rat to detect pheromones that help differentiate between two different members of the same rat species. There are about 500 to 1000 genes that code for 500 to 1000 different olfactory receptors in a rat. This means, 1% of the rat’s DNA is dedicated to detection of odors and smell!

Rats can be trained to detect land mines buried deep in the ground!

These are a few animals with an amazing ability to smell. The animal kingdom can boast of many such animals such as the moths, butterflies, bees, white-tailed deer, old world fruit bats, polar bears, etc., who have an exceptionally strong sense of smell. Not just animals, experiments have proven that birds too have a good sense of smell. Birds like shearwaters, albatross as well as the queer-looking bird Kiwi, have an acute sense of smell.

As humans, we have our ability to think quickly and get out of a tricky situation. For animals, it is just their sense of smell, hearing or sight that will make a huge difference in their survival. Our noses can in no way detect the hundreds of odors that our four-footed friends can smell. Maybe, it is a blessing in disguise, as we would have gone crazy trying to differentiate and understand the thousands of good as well as dirty smells reaching our noses. Animals too have super abilities far beyond our reach. This article was written with the sole aim of bringing forward the wonderful traits that make each animal, special and unique. Respect animals. They too deserve a chance to live with equal dignity, just like humans. 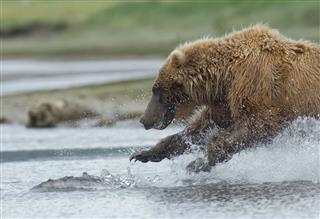 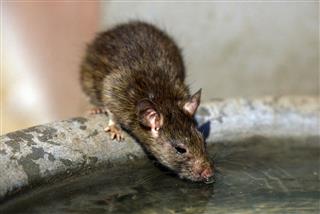 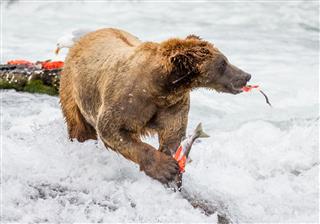 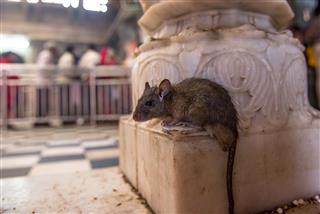 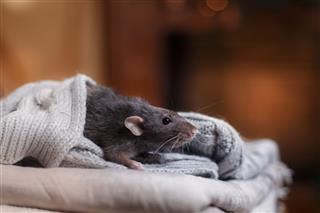