A Visual Guide to Caterpillar Identification

Identifying caterpillars can be a real challenge, as most of them do not resemble adult butterflies. Here is a brief overview about some of the most common types of caterpillars and their characteristic features.

You are here: Home / Uncategorized / A Visual Guide to Caterpillar Identification

Identifying caterpillars can be a real challenge, as most of them do not resemble adult butterflies. Here is a brief overview about some of the most common types of caterpillars and their characteristic features.

How to Identify a Caterpillar

Studies show that a caterpillar has around 4000 muscles in its body, and its movement is facilitated by contraction of muscles in the rear parts.

How Do Caterpillars Breathe

Butterfly larvae breathe through tiny pores, that are located along the sides of thoracic and abdominal segments. Some types of caterpillars have gills, so that they can lead an aquatic life.

Caterpillars have a good eyesight, as they possess around six, small eyelets.

How Do Caterpillars Feed ?

They can sense vibrations and locate food using their antennae. Their mouths are also strong enough to chew food. While most of them feed on plant matter, some caterpillars eat insects.

Caterpillars, Worms, and Other Insect Larvae

Caterpillar identification is not that easy, as the order Lepidoptera (consists of butterflies and moths) has more than 150,000 species that fall under 126 families. It is almost impossible to develop awareness about caterpillars of each and every species. While some have dense hair on their bodies, others have warts, spikes, spots, lines, etc. Some species are exclusively found on certain plants and trees. Commonly found caterpillars are classified on the basis the families they belong to.

Members of this family are called geometer moths and their larvae are known as inchworms, spanworms, or loopers.
These names are derived from the nature of their movement. A moving inchworm looks as if it is measuring the surface.

Unlike other caterpillars, loopers have their prolegs concentrated on both ends of their bodies. So, they form loops, while clasping a surface with their posterior and anterior parts. Most of the loopers have excellent camouflaging skills and are green, gray, or brown. Some of them stand erect like twigs, when threatened.

Caterpillars of hawk moths that belong to the Sphingidae family are called hornworms.
The name of this caterpillar is derived from the horn-like appendage on the posterior part of its abdomen, usually on the eighth abdominal segment. Each segment on its body has shallow creases.

The family Saturniidae too has some of the largest caterpillars with long setae, horns, and knobs. The caterpillars of regal moths (Citheronia regalis) that belong to the subfamily Ceratocampinae, are called hickory horned devils.

In general, a silk moth caterpillar has a large body, which can be around 3 to 4 inches in length; most of these caterpillars have scoli (branched and thickened spines) along their back and sides. They live on trees and shrubs and descend to the ground during late summer and spin cocoons among the debris, which can be used to make silk fabric, thus, they are called silkworms. The quality of these cocoons are not as good as that of Bombyx Mori.

This family has some of the largest and colorful butterflies in the world.
The common name swallowtails is derived from their forked hind wings.
The caterpillars of these butterflies are mostly brightly colored with very fine hair on their bodies.

Most of them have retractable tentacles with scent glands, which are used to scare away intruders. So, the main characteristic feature of the swallowtail caterpillars is the ‘osmeterium’, the forked and fleshy organ in the second segment of their bodies. The broadest part of the body of a swallowtail caterpillar is the thoracic-abdominal juncture.

The name tussock moth is derived from the dense tufts of hair found on its larvae. Most of the tussock moth larvae are attractive and distinct with hairy projections on their bodies. The body hair of these caterpillars comes off easily, and may trigger allergic reactions in some people, if they come into contact with their skin. This is considered as a defensive mechanism of these larvae. Even their cocoons have a good amount of body hair incorporated in them.

Tiger moths are members of the family Arctiidae and their caterpillars are commonly referred to as woolly bears or woolly worms. The name is derived from the dense hair that cover their bodies. Larvae of some species feed on lichens and moss, and they are mostly hairless. Most of the tiger moth caterpillars have brightly colored bodies and are mainly found during fall, when they are in search of an ideal location for hibernation.

This is a family of large moths that are commonly known as prominents. The common name is derived from the projecting wing tufts in adults and the dorsal humps in larvae. Most of these caterpillars have colorful and hairless bodies, tubercules, and spines or humps. They are known for their bizarre shapes and the ability to attack intruders with acid ejected from a gland located on the lower side of the thoracic segment.

This family of moths have some of the most weird-looking caterpillars. They are named slug moth caterpillars, because their larvae look like slugs. The name cup moth is derived from the shape of their cocoons. Most of the species have flat-bodied larvae with suckers in place of prolegs.

Slug Moths/Cup Moths caterpillars are usually green and smooth and they move in wavy motions. However, the family has other species of bright-colored caterpillars with tubercles and urticating hair. Most of the slug moth caterpillars have their heads hidden or retracted into their thoracic folds.

This family of moths has around 200 species. The name snout moths is derived from the pointed snouts in adults, who are also called eggars because of their egg-shaped cocoons. The hairy caterpillars of these species have skin flaps on their prolegs, and hence the name lappet moths. Hair is mainly concentrated on the sides of their bodies. In some species, caterpillars live together inside nests spun with silk. So, they are called tent caterpillars.

This is the largest family in the order Lepidoptera (moths and butterflies) and are called cutworms. There are around 35,000 known species, and their caterpillars are so diverse to be classified on the basis of similar features. In general, these caterpillars have stout bodies and inconspicuous setae. Some are hairy like tiger moth caterpillars. 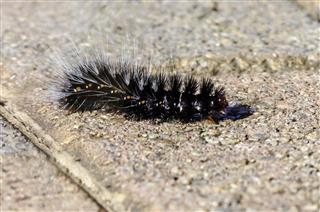 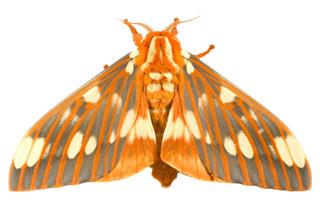 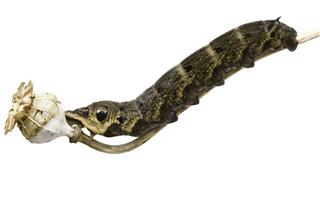 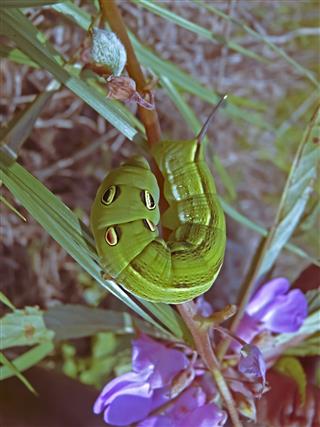 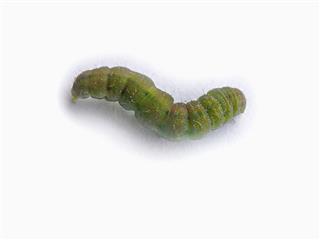 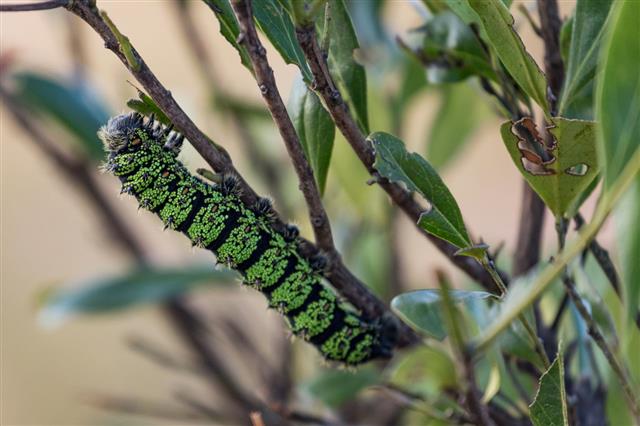 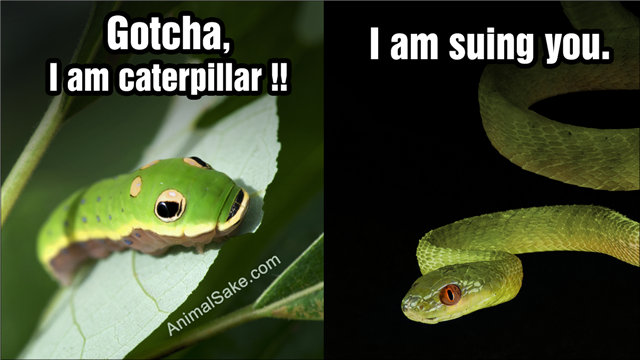