Information About Crayfish Habitat, Along With Some Fun Facts

Crayfish are freshwater crustaceans that are used for many purposes, which includes keeping them as pets. This article provides information on crayfish habitat, and some interesting facts about crayfish as well.

You are here: Home / Uncategorized / Information About Crayfish Habitat, Along With Some Fun Facts 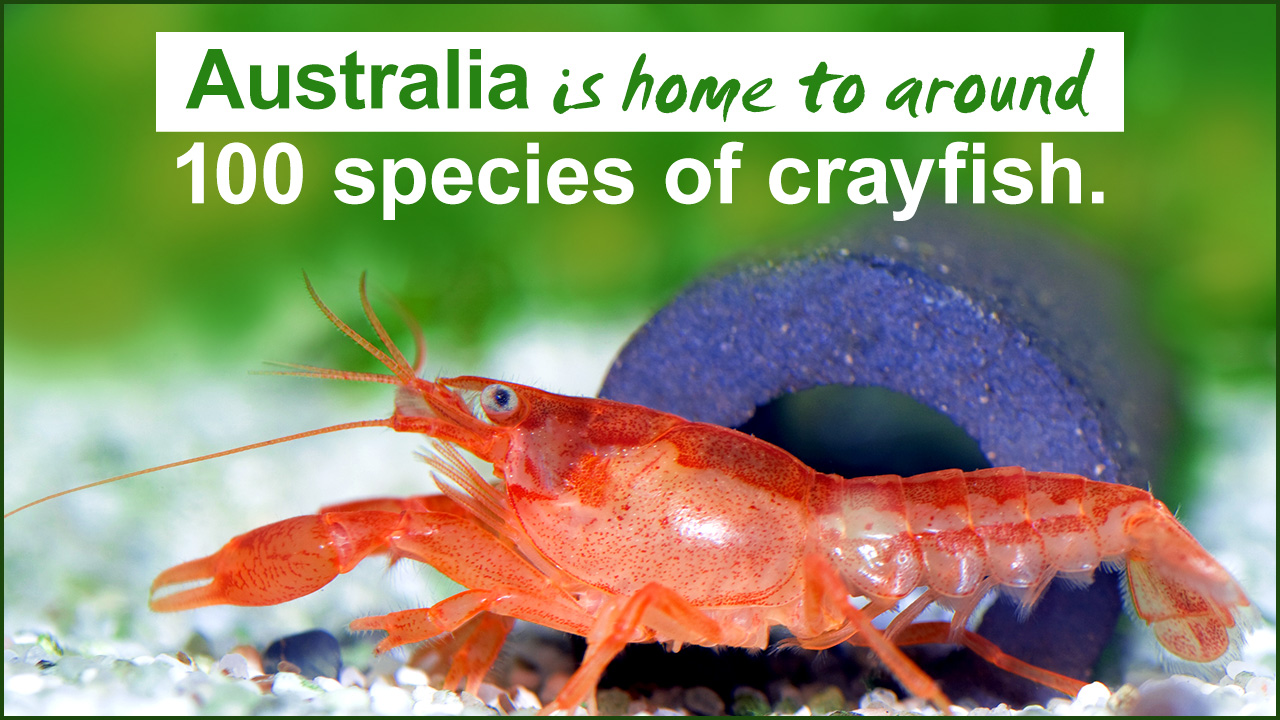 Crayfish are freshwater crustaceans that are used for many purposes, which includes keeping them as pets. This article provides information on crayfish habitat, and some interesting facts about crayfish as well. 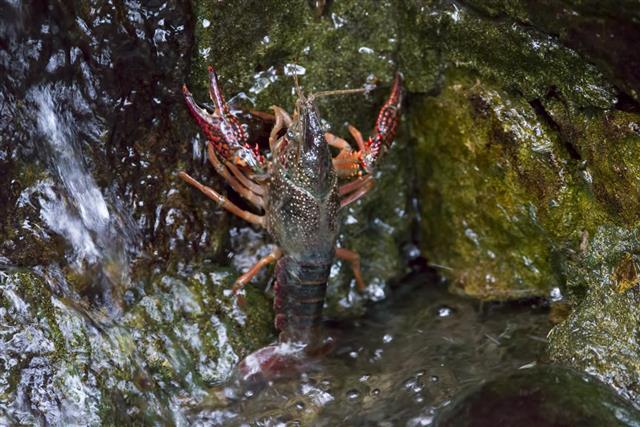 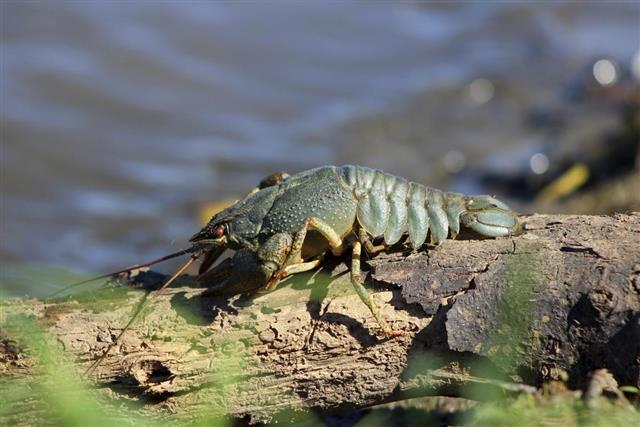 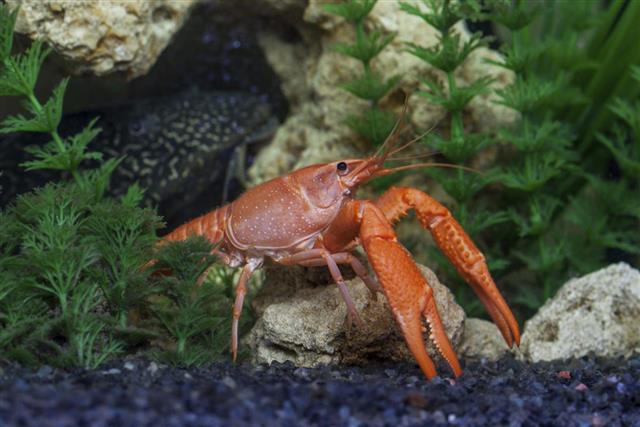 Crayfish are the small lobster-like crustaceans that are found in freshwater bodies. Also known as crawfish and crawdads, these creatures are close relatives of the larger marine lobsters. Indeed, there is considerable physical resemblance between lobsters and crayfish, with the latter being much smaller in size than the former. Although most crayfish are found in freshwater, sometimes they can also be found in brackish water bodies and creeks (from where they might migrate further into salt water). Crayfish belong to the biological order Decapoda, and are also related to crabs, hermit crabs, and shrimp, besides lobsters.

Mostly, crayfish reside in fresh water, especially where the water is running, such as rivers, streams, and brooks. They prefer running water as most of them cannot survive in polluted water. Stagnant or standing water bodies are most prone to getting dirty and polluted as they do not have access to cleaner water sources which can flow in and wash away polluted, stale water through aquatic outflows.

However, certain crayfish species such as the Procambarus klarkii are more resilient and are even able to survive in a somewhat polluted aquatic environment. Crayfish fall into three different families, out of which two are found in the Northern hemisphere and one in the Southern hemisphere. The Parastacoidea family, Parastachidae, is found in Australia, Madagascar, and South America in the Southern hemisphere, and the Astacoidea family consisting of the Astacidae and Cambaridae are found in the western part of the Eurasian continental landmass and the western part of North America respectively.

Australia is host to about 100 species of crayfish including marron, red-claw crayfish, yabby, Tasmanian giant freshwater crayfish, and western yabby. Madagascar, as a geographically significant crayfish habitat, is home to seven species falling under the genus Astacoides. Seven crayfish species belonging to the genera Astacus and Austropotamobius are found in Europe while seven species belonging to the genus Cambaroides are native to Japan.

North America comes out as the geographical habitat of the maximum species of crayfish, with a whopping 330 species belonging to nine different genera of the Cambaridae family, residing in the waters of the southeastern parts of North America. Crayfish mostly rest underneath rocks, among submerged logs and twigs, and remain hidden among other aquatic vegetation such as weeds or grass.

The exoskeleton of crayfish constitutes a major portion of their body mass. Hence, when you eat one, you get very little flesh and a lot of shell, making the eating effort quite demanding. This is one reason why many people do not like to order crustaceans and related seafood. However, most people who have tasted this culinary delicacy vouch for its gustatory delight. 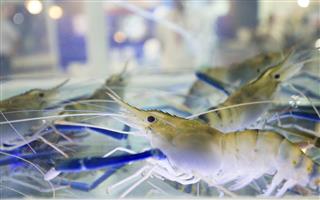 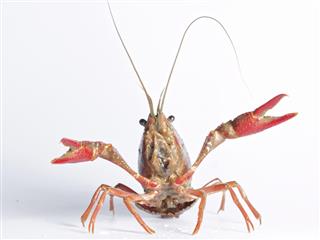 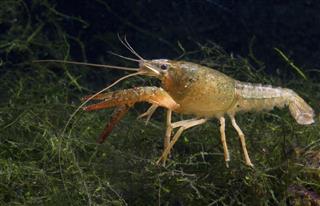 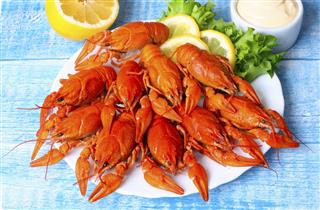 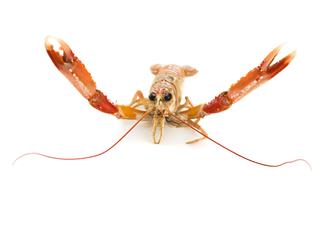 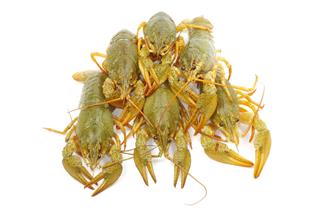 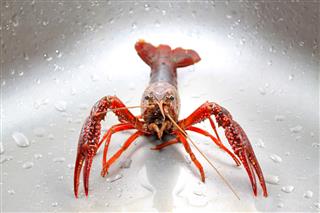 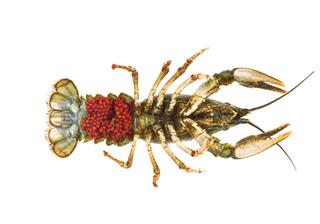 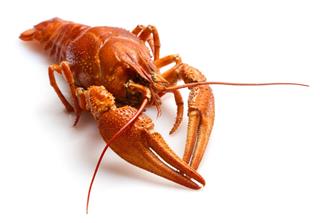