Do Animals Commit Suicide? The Answer Isn’t What You Imagined

Dogs, sheep, lemmings, tarsiers, whales, dolphins, and so on ... the list of suicidal animals is quite lengthy and equally interesting, but do these animals actually commit suicide, or are they simply the victims of our over-speculative nature?

You are here: Home / Uncategorized / Do Animals Commit Suicide? The Answer Isn’t What You Imagined 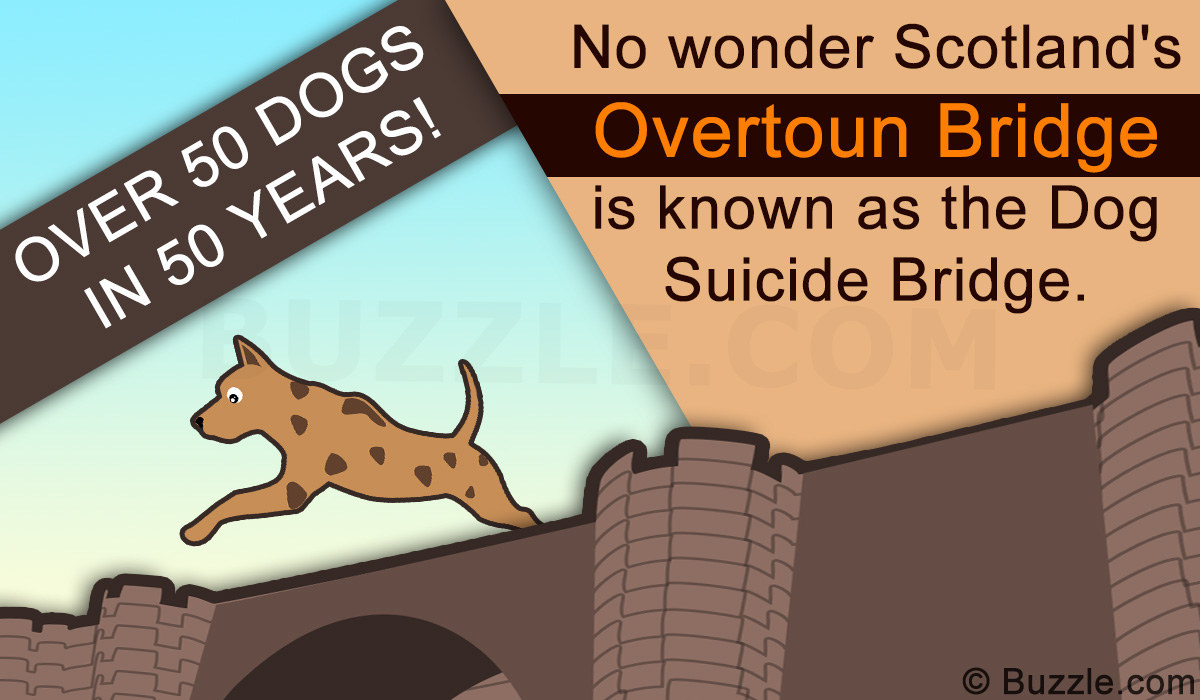 Dogs, sheep, lemmings, tarsiers, whales, dolphins, and so on … the list of suicidal animals is quite lengthy and equally interesting, but do these animals actually commit suicide, or are they simply the victims of our over-speculative nature?

Bizarre: The ill-famed Overtoun Bridge in Scotland frequently made it to the headlines in the 1950s and 1960s with at least one alleged incident of dog suicide from the bridge every month. The dogs would simply leap off the bridge for no evident reason. Some tagged it spooky, others said it might have something to do with depression in their owners. That the dogs which survived the 50 ft. fall, would attempt the same again was even more unbelievable. With so many dogs allegedly ending their lives on the Overtoun Bridge, this bridge has earned itself a new nickname — The Dog Suicide Bridge.

Even more bizarre: A sheep jumps off a cliff and 1100 others follow. As unbelievable as this may sound, it actually happened in Turkey in 2005. Of the 1100 sheep that followed, around 450 died on impact; the remaining were saved by the ‘pile’ of dead sheep that had formed below. Herd mentality no doubt, but why did the first sheep jump in the first place? Was it a case of the much-touted concept of animal suicide, or was it just an accident?

The Curious Case of Suicidal Animals

Animal suicide has been one of the most debated topics since antiquity, but what put it into spotlight once again was Ric O’Barry’s account of how Kathy, the bottle-nosed dolphin, ended its own life at the Miami Seaquarium, in the Academy Award-winning documentary film, The Cove (2009). Several cases of animal suicides — alleged animal suicide cases to be precise — have been reported from various parts of the world, but none of these caught the public glare like the case of Kathy.

If Ric O’Barry is to be believed, the dolphin committed suicide right in front of his eyes by closing its blowhole. (In bottle-nosed dolphins and other cetaceans, the blowhole is the hole at the top of the head through which they breathe air.) O’Barry had caught and trained Kathy for the 1960s TV series, Flipper. There was this emotional connect that he had with Kathy, which becomes even more evident as a teary-eyed O’Barry recounts the incident. After he lost Kathy, Barry started ‘The Dolphin Project’ to spread awareness about the plight of dolphins in captivity. 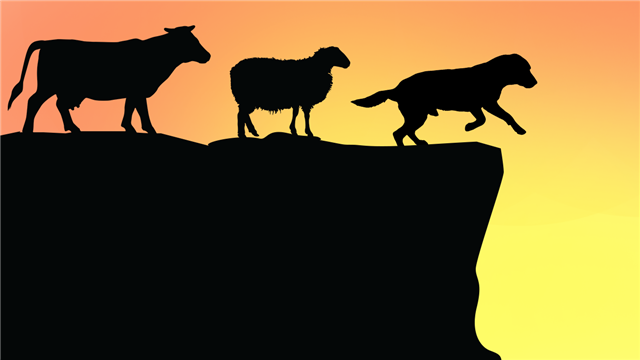 Are animals capable of ending their lives on their own?

While Barry swears by the incident even today, there are people who are skeptical about the entire incident, and other similar incidents like a pod of 61 pilot whales beaching themselves on the South Island of New Zealand, dozens of Humboldt squid beaching in California, cows jumping off the cliffs in Lauterbrunnen, Switzerland, and scores of birds crashing themselves into trees and concrete structures in Assam, India.

“Intent” is the Word

Right from animals plunging to death, to marine species beaching and birds flying into the walls, self-destructive behavior in animals seems to have become quite common of late. The question to be asked here, is whether such behavior can be considered suicide. By definition, ‘suicide’ is the act of killing oneself intentionally. Do these animals kill themselves intentionally? Did the dogs which jumped off the Overtoun Bridge know what was in store for them? Did the whales in New Zealand beach themselves knowing they would die, or get killed?

Not all animals that kill themselves do so intentionally. When the dogs jumped off the Overtoun Bridge, little did they know what was on the other side of the parapet. Animal habitat experts were eventually called in. After conducting some experiments with the long-snouted dogs — the species most likely to jump — they concluded that it was the odor of mink urine coming from the undergrowth that was luring these dogs towards the edge. As their vision was hampered by the parapet, they were entirely dependent on their sense of smell, which went into an overdrive, made them restless, and caused them to jump off the bridge. 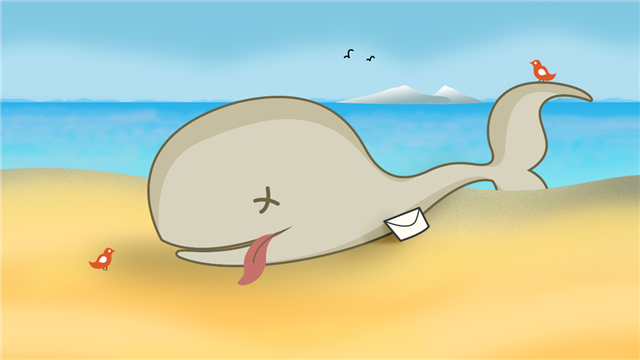 Do whales beach themselves intentionally?

As for the marine mammals beaching themselves, instances like this are quite common, and are usually attributed to their navigation woes. Some species follow their prey into shallow water and end up getting stranded. There are stories of these species defying rescue attempts and returning to the shores every time they were put back into the sea, but then the credibility of such stories can always be questioned. Factors, like diseases, pollution, or unusual changes in water do contribute to mass deaths of animals, which are then incorrectly referred to as ‘mass suicides’.

Captive dolphins smashing their head onto the walls of their tank is one of the many examples which are often cited to prove that animals commit suicide. Skeptics though, argue that they don’t smash their head intentionally, but it happens accidentally as these dolphins — in a state of excitement — fail to understand that there exists a wall of glass in their artificial habitat.

While most of the cases of self-destruction in animals turned out to be mere accidents — the dog suicides at the Overtoun Bridge being a textbook example of the same, there do exist cases wherein the animals intentionally get into a self-destructive mode. The pea aphids, for instance, blow themselves up when they are attacked by a ladybug. It helps them ward off the predator and protect fellow individuals by sacrificing their own lives. Similar behavior has also been recorded in certain species of termites and ants, but this has more to do with their defense mechanism and should not be confused with suicidal behavior.

The Cliched Case of Lemmings

Skeptics are of the opinion that animal suicide is a myth which has been fueled by false reports, lack of critical thinking, and — most important of all — incorrect depiction of animal behavior in popular culture. Talking of incorrect depiction, the best example of this would be that of the lemmings, who have earned notoriety for being suicidal after being depicted doing so in numerous works of fiction. One such case was that of the 1958 Disney film, White Wilderness, which eventually came under scanner for faking suicidal behavior in lemmings by literally throwing them off a cliff. 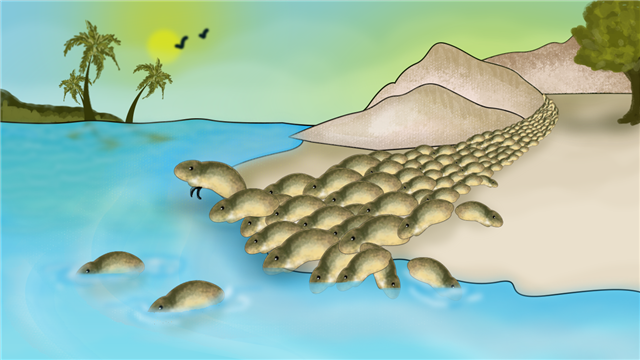 In times of population explosion, which is not at all rare for this species, lemmings start migrating to new areas. When they come across water bodies, they attempt to swim across. Whilst doing so, some individuals end up drowning and are carried by water. As they migrate in large numbers, they even fall off the cliffs accidentally. However, neither of these cases amount to suicide, like many other alleged cases of animal suicides we discussed earlier.

A human is driven to suicide by the belief that life has become difficult and the chances of improvement are as good as none. To come to that conclusion, the person doesn’t just need to evaluate the present and future, but also has to weigh life and death. Whether animals can do that, like humans do, is a question which is more likely to be answered with a ‘no’. Animal suicide skeptics further argue that the fact that most of the animals fail the mirror test of self-awareness, wherein they are expected to recognize themselves, makes it evident that they don’t see themselves as individuals. 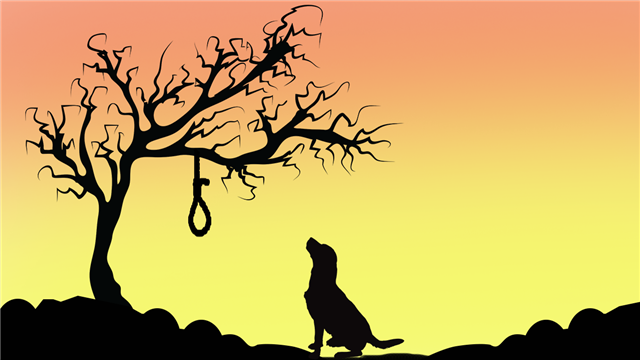 Can animals weigh life and death?

Animals, unlike humans, are constantly driven by the will to survive. The story of Mike the Headless Chicken, which survived for 18 months after its head was nearly cut off, best describes the same. As with humans, animals are not capable of viewing life as good and death as bad. For them, it is all about survival and procreation, basically continuation of species. The bizarre act of a black widow eating its partner after mating is the best example of an animal putting the survival of its species before its own survival. With such examples at our disposal, it is a bit difficult to believe that animals, for whom it’s all about surviving against all odds, can commit suicide.

So what about all those cases of animal suicides floating in the cyberspace. From a critical point of view, you either come across several lapses in the stories, or there is some explanation that one might have missed at the first instance. Before the mink urine theory came in, the Overtoun Bridge dog suicides were attributed to some supernatural force, which only the canines could detect.

Postscript: The debate on whether animals can commit suicide is not a new one. Even Aristotle spoke of a Scythian stallion that ended its life when it was tricked into mating with its mother. Then there were people, like St. Thomas Aquinas who believed that suicide was a sin for humans and impossible for animals. When Charles Darwin showed how humans evolved from animals, it gave a boost to the idea that animals may think like we humans do. There is no questioning the fact that animals do get depressed; there is plenty of evidence to support that, but going to the extent of killing oneself, like humans do, seems a bit too much to ask for.