Do Ants Sleep? The Answer Will Certainly Blow Your Mind

Ants are always associated with relentless work. They appear to be busy all the time and it seems they never rest. But is that true? Do ants really never take rest? Or do ants sleep just like we do? Come, let's find out.

You are here: Home / Uncategorized / Do Ants Sleep? The Answer Will Certainly Blow Your Mind

Ants are always associated with relentless work. They appear to be busy all the time and it seems they never rest. But is that true? Do ants really never take rest? Or do ants sleep just like we do? Come, let’s find out. 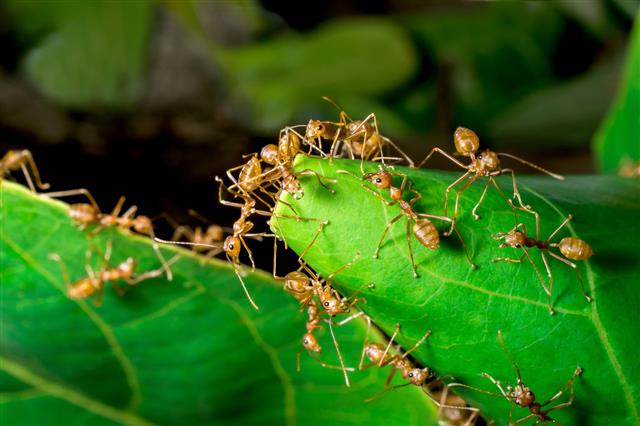 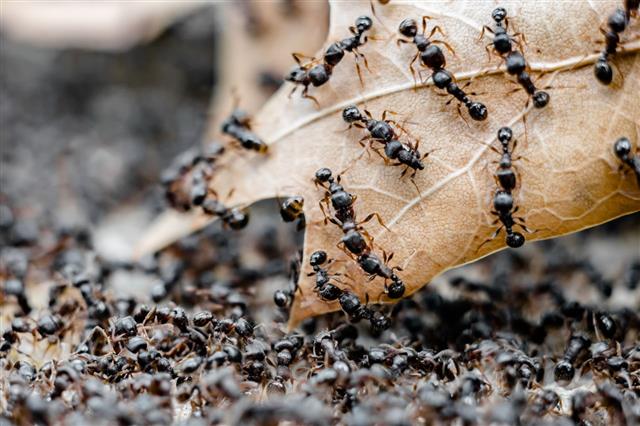 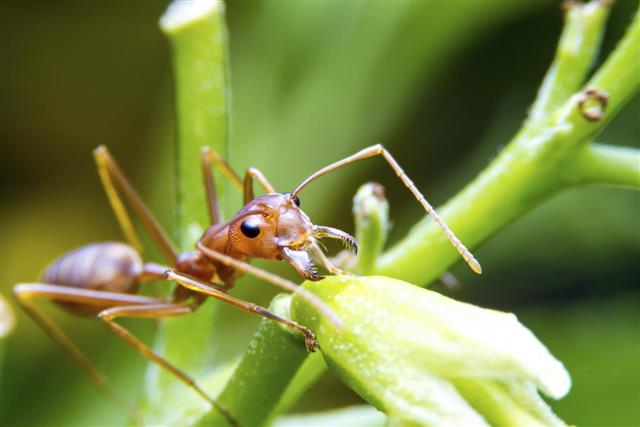 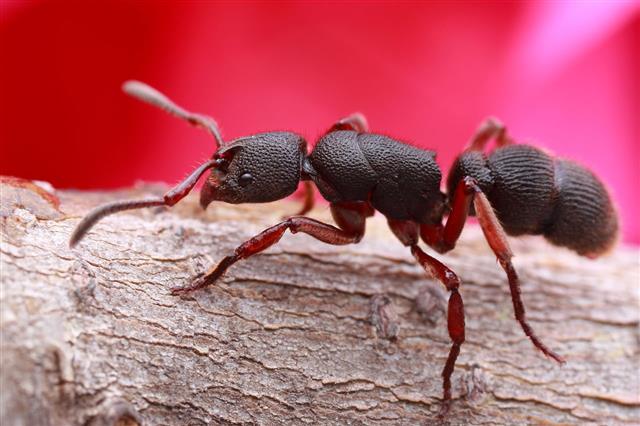 A long chain of ants trailing up a wall… hundreds of ants walking in a line carrying food or walking in search of it; quite a common sight, isn’t it? There’s a certain rhythm, some sort of regularity in their walk. Whatever be their destination, none of the ants leaves their line and they walk tandem following a set pattern, I wonder who sets it for them, the queen ant? Looking at them working endlessly, I wonder if they ever sleep.

Some say ants never really sleep. On first thought, the answer seems right, as it is quite uncommon to find an ant resting or even standing still. Ants are always on their toes (both literally and figuratively) so it’s really easy to believe that ants never rest or sleep. But then, isn’t it true that every living being needs some rest? And if it is someone as active as an ant, isn’t it strange for them to never sleep? So, do ants sleep? Yes, they do.

Ants seem to be working 24/7 because there are always some ants working at any point in time and all working ants look the same! So, even if you see ants walking continually for hours, it’s not the same group of ants you are seeing all the time. Some ants sleep for a while, when others take their place. Taking turns in their sleep, these clever ants actually fool us into believing that they are working all day.

How do ants sleep and wake up?

Have you seen some ants walking sluggishly while some others look active? Well, the sluggish-looking ants are those which have just woken up, getting back into action and taking some time to gain their usual speed. Isn’t that interesting? Research says, ants show sleep like behavior to reduce their need for food. It leads to reduced biological activity, thus reducing their food needs. What an amazing solution to scarcity of food!

When do ants sleep?

Ants take turns to sleep. But there is a specific period of the year when they sleep. Do you see ants in winter? Where do these ants go when it gets cold? Isn’t it puzzling to find lesser, rather almost no ants during the cold months of the year? Well then, they must be going to sleep. Studies show that ants hibernate during the winters. Their metabolism slows down during this period. They thrive on the food collected during the summer months and are less active during the cold.

How long do ants sleep?

According to the article, Polyphasic Wake/Sleep Episodes in the Fire Ant, Solenopsis Invicta by Deby L. Cassill, Skye Brown, Devon Swick and George Yanev in the July 2009 edition of the Journal of Insect Behaviour, the duration for which ants sleep varies with the type of the ant. The article states that fire ants, for sure, sleep, and that worker ants have 253 minute-long episodes of sleep per day. Queen ants have 6-minute long sleep episodes, and 92 such, in a day. Thus, worker ants’ sleep amounts to around 4 hours of sleep everyday while 92 6-minute sleep episodes of the queen ants amounts to approximately 9 hours of sleep each day.

If you look at it, queen ants sleep for around the same amount of time as us (considering that we take 8 hours of sleep per day) and the worker ants seem to be needing very less sleep. The article revealed some really interesting phenomena about the fire ants’ sleep. It said that their sleep is affected by light and dark and that queen ants had episodes of rapid antenna movement sleep. Sounds close to rapid eye movement sleep, right? Well, the RAM sleep in ants is in fact similar to the human REM sleep cycle.

According to the BBC news report, queen fire ants sleep for a longer duration, while worker ants take short power naps. That means, ants sleep for only about ten minutes, not even ten, it’s just a six-minute nap, with many such naps in a day. The number of times they sleep is more but the duration of each sleep episode – is just 5-6 minutes. Now, this seconds what is stated in the article by Deby L. Cassill, Skye Brown, Devon Swick and George Yanev. The report also states that the longer duration of sleep in queen ants, is the secret to their longer life span. The BBC report explains in detail, the research conducted by Deby Cassil and her colleagues. They bred a colony of fire ants in an artificial chamber. The colony they raised consisted of 3 queen ants, 30 worker ants, and 30 larvae. The ants were kept under constant observation, which led researchers to the final answer to how long ants sleep. The research also showed that 4/5th of the ants were awake at any given point in time and that some of the other worker ants were always awake and available for work. This is probably why ants seem to be awake always.

An interesting observation was that queen ants synchronized their sleep patterns. Interestingly, the three queen ants slept during the same time, and for the same duration. And you know how they slept? Cassill observed that they slept on one another and that they woke each other up or were awakened by the worker ants. She also observed that sometimes, the queens slept with their antennae partially raised and mouth open, while at other times, they slept with erect antennae and closed mouths. That was the time of their deep sleep. Cassill’s research team also observed that queen ants dream. It’s unbelievable yet true because there’s evidence saying so. On that note, take a look at these interesting facts about ants.

Well, no and yes. As we have already seen, ants both queen and worker, sleep in episodes, unlike human beings who take one long sleep. Yes, in the sense that even ants are believed to experience some kind of REM sleep and they are believed to have dreams, which resembles our sleep behavior. Secondly, worker ants sleep for a smaller duration as compared to queen ants as their main purpose is to protect the queen and her eggs and to ensure a sound sleep and peaceful life for the queen. We saw that the duration of sleep depends of the type of ant. Now, this was mainly about the sleeping patterns of fire ants. Harvester ants are another kind of ants, which are found to experience periods of less activity. In their case too, the sleep episodes are greater in number while the time period for which each episode lasts is only of about 1 minute. This can be called rest. But researchers are still in doubt whether this can be referred to as the harvester ants sleeping. Some studies claim that ants sleep for about 7-8 hours each day. Research hasn’t quite been conducted on the sleep patterns of all types of ants.

But wasn’t it interesting to know that ants do sleep? At least some of them do. And even more interesting it was to find that they even have dreams like we do. So, the next time you see a long line of ants, think before you appreciate their ceaseless walk. The ones you saw just some time ago, might have already dozed off! 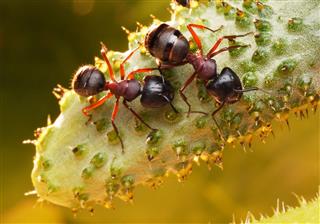 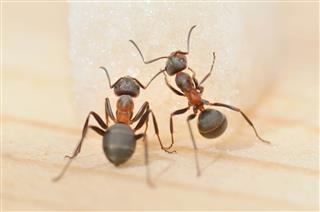 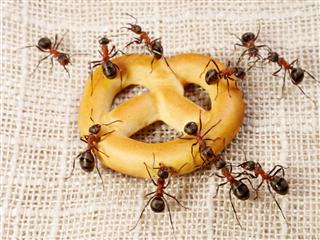 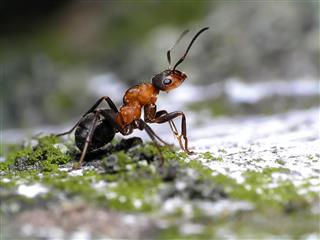 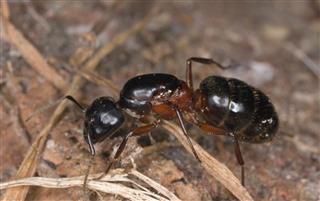 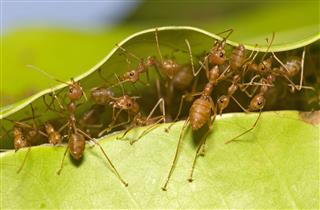 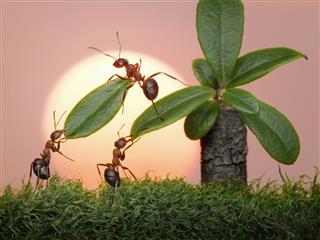 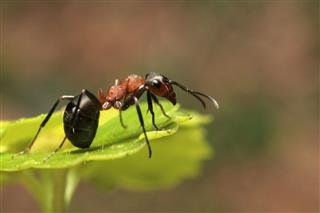 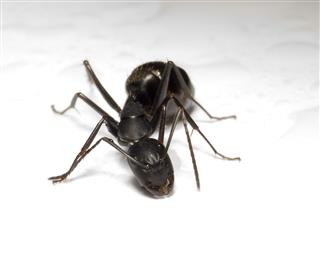 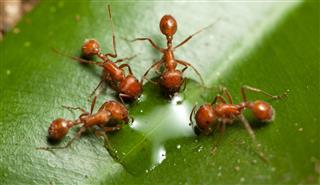 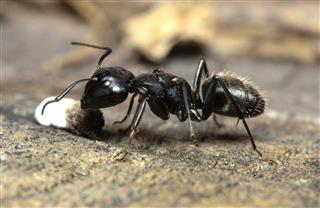 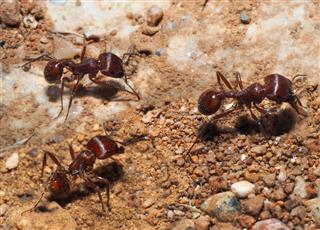 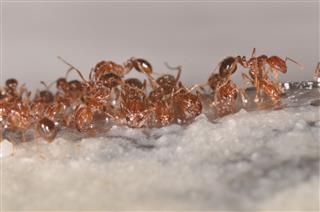 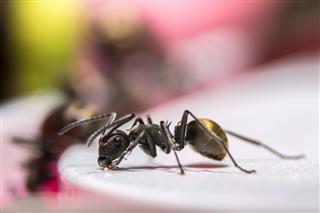 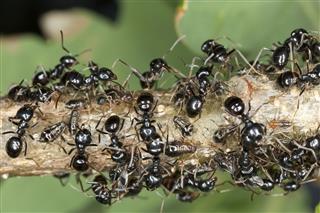 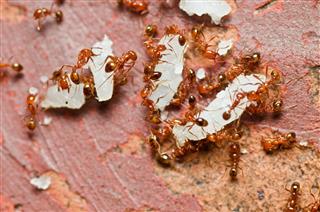 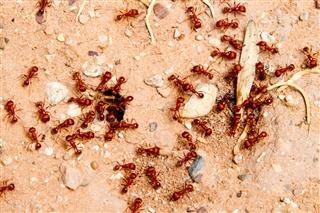 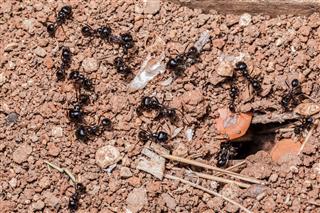 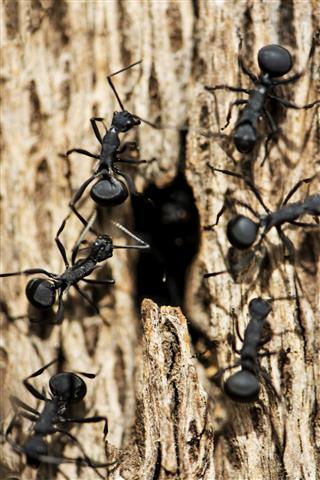 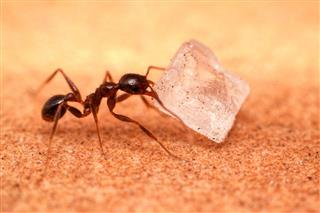 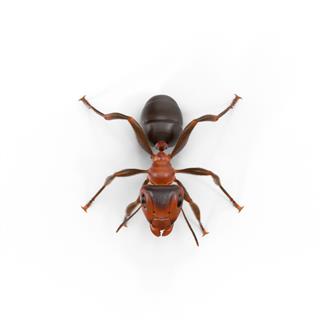 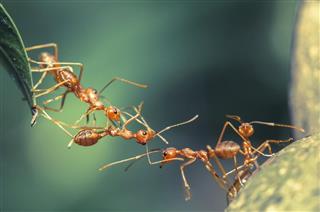 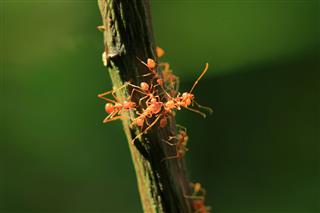 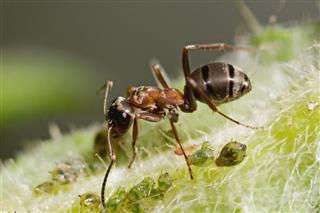 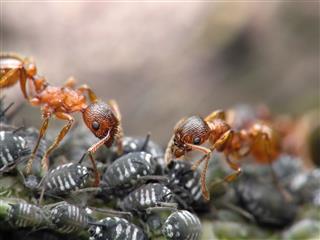