Utterly Incredible Facts About the Hibernation of Bears

All those myths about bear hibernation definitely do a lot of disservice to the bear fraternity. What's the point of being considered one of the most popular hibernating animals, when even the basic facts about your behavioral adaptation elude everyone? In this AnimalSake post, we shed light on hibernation in bears, which is one of the most interesting aspects of their life.

You are here: Home / Uncategorized / Utterly Incredible Facts About the Hibernation of Bears

All those myths about bear hibernation definitely do a lot of disservice to the bear fraternity. What’s the point of being considered one of the most popular hibernating animals, when even the basic facts about your behavioral adaptation elude everyone? In this AnimalSake post, we shed light on hibernation in bears, which is one of the most interesting aspects of their life.

Have you checked your basement?

In the United States, there have been instances wherein bears have ‘denned’ in people’s basement for days without the house owner realizing it.

When we talk about hibernation, one of the first animals that is likely to come to your mind will be the bear. As soon as they get their cues―either in the form of drop in temperature or shortening of days, bears start foraging to revive their fat reserves to survive winter months. During this period, they consume 15,000 – 20,000 calories on a daily basis. Having put on enough weight, they enter their den, which can be a cave or hollow tree, where they spend the winter. More than the harsh winter, it is the resultant food scarcity that prompts bears to go into hibernation.

So bears do hibernate, right? Then why do they say bears don’t hibernate, but instead go into torpor or simply winter sleep? Some people even call it carnivore lethargy. A little different from the rest of the hibernating animals no doubt, but hibernation in bears is quite interesting in itself. You will realize it as you go through these facts that have been compiled for you.

✦ If bear hibernation has become an issue of debate today, it’s because of the fact that they do not drop their core body temperature like squirrels or other rodents do. When bears enter hibernation, their temperature does drop, but remains above 88°F (31°C).

If, however, we consider the fact that metabolism forms the basis on which it is to be decided whether an animal hibernates or not, then the temperature-independent metabolic suppression of bears, wherein they lower their metabolic rate by 50 to 75 percent, makes them hibernators.

✦ Ideally, for every 18°F drop in temperature, an organism records 50 percent reduction in chemical and biological processes. The rule doesn’t seem to apply to bears though, who can lower their metabolism rate, despite dropping their body temperature by about 10 to 12°F. During hibernation, their heart rate drops from 55 beats per minute to 9 beats per minute.

✦ Some species of bears can go without food and water for more than 240 days or 8 months of the year. During this period, they rely on their fat reserves for energy. By the time they emerge from hibernation, they can lose up to 40 percent of their body weight.

✦ Bears neither urinate not defecate during hibernation. They have this unique ability to convert their body waste into amino acids. They can restore their muscle and organ tissue even when they are starving.

✦ Hibernation begins in early October and goes on until April or May. In between, they give birth to one or two cubs and nurse them. Eventually, when they emerge from hibernation, these cubs are healthy and plentiful food is available for them.

✦ Yet another interesting fact about bears is the practice of delayed implantation. In bears, mating takes place in summer, but the embryo stops developing for a few months until fall in what in called arrested development. That gives female bears enough time to revive its fat reserves. If the female fails to acquire sufficient stores of fat, then it can skip pregnancy that year.

✦ Interestingly, even the number of cubs produced depends on the fat reserves of the bear. Delayed implantation plays a crucial role when it comes to self-preservation in female bears. That shouldn’t come as a surprise though, considering that lactation can expend a lot of energy.

✦ When they emerge from hibernation, bears are in a physical state known as walking hibernation. This state can last for two to three weeks, during which the animal will eat less food, drink less water, and will be less active than usual.

Do All Bears Hibernate During Winter?

✦ There are eight species of bears in the world. Not all of them are hibernators though. Species that do not hibernate include sun bears (Ursus malayanus), sloth bears (Melursus ursinus), spectacled bears (Tremarctos ornatus), and giant pandas (Ailuropoda melanoleuca). These bears do not feel the need to hibernate because there is abundance of food for them all year round.

✦ In contrast, grizzly bears (Ursus arctos horribilis) hibernate for 5 to 7 months depending on food availability in their natural habitat. The availability of food is not an issue for grizzlies found in coastal areas, but it is for those found in the Rockies.

✦ Grizzly bears nearly double their body weight before they enter hibernation. In spite of adding all this weight, grizzlies are remarkably sensitive to insulin. In humans, such weight gain would most likely lead to Type 2 diabetes.

✦ As far as polar bears (Ursus maritimus) are concerned, adult males and non-pregnant females are known to remain active throughout the year. Only pregnant polar bear females hibernate and that too, for more than 240 days, only to surface with their cubs in March or April.

That should lay to rest all those myths about bear hibernation. Like we said, one aspect that has put bear hibernation under the scanner is the fact that they don’t drop their temperature to the freezing point like ground squirrels or a whole lot of other true hibernators do. That, however, comes as a blessing in disguise for the species, as it helps them stay alert and accelerates their return to normalcy, while true hibernators take forever for the same. 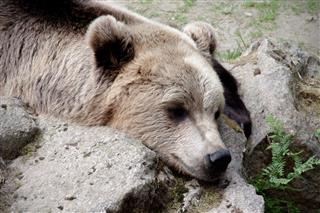 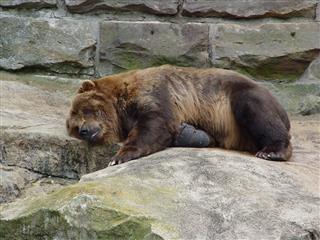 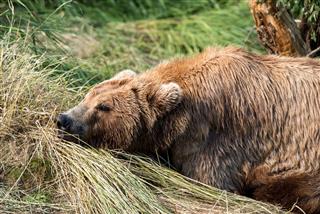 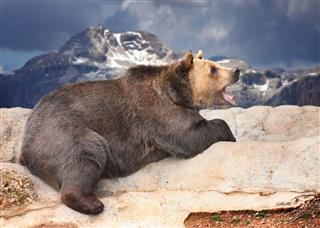