Saw-scaled Vipers or carpet Vipers belonging to the Echis genus inhabit countries of West Asia, Indian subcontinent, and north Africa. Here are some interesting-to-know facts about the various species of this viper family. 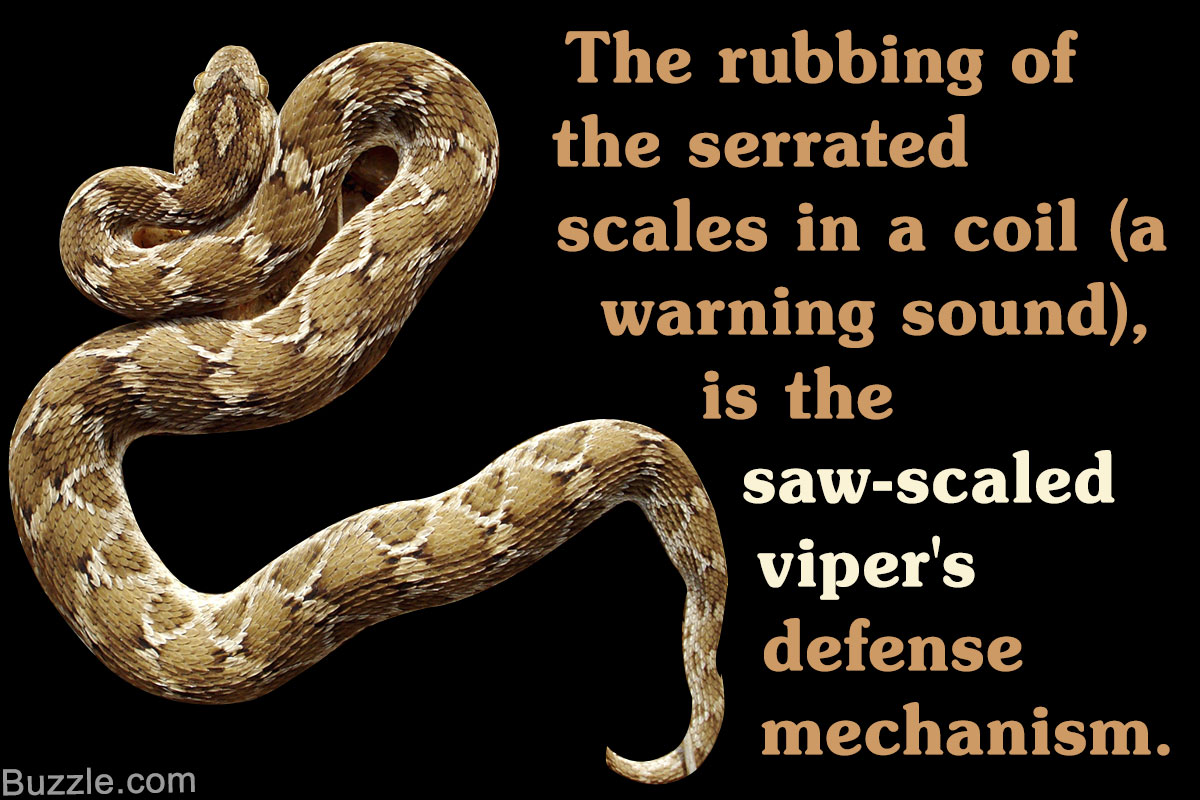 Saw-scaled Vipers or carpet Vipers belonging to the Echis genus inhabit countries of West Asia, Indian subcontinent, and north Africa. Here are some interesting-to-know facts about the various species of this viper family.

One of the Big Four in India!

Saw-scaled viper is one of the Big Four snakes (other three being Indian cobra, common krait, and Russel’s viper) in India, which are responsible for maximum instances of snakebite fatalities.

Snakes with the hollow venom-conducting fangs present in their upper jaw are called vipers. With such a unique name, saw-scaled vipers are considered to be one of the most dangerous venomous snakes on Earth. Also known as the carpet viper, these snakes are slow in their movements but very alert in behavior. 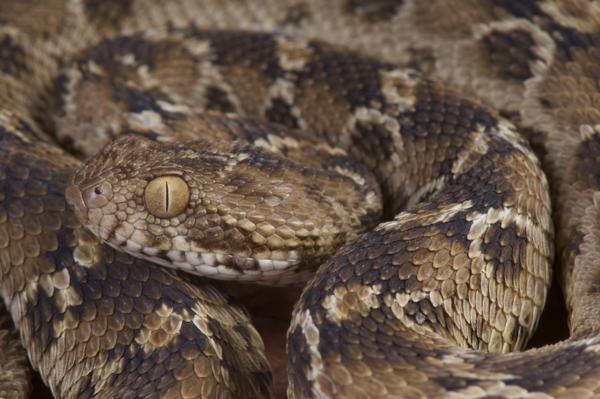 Structure
– Saw-scaled vipers are relatively small in length. A long viper could grow up to 90 cm (35 inches), whereas a short viper could be around 30 cm (12 inches).
– Echis leucogaster and Echis pyramidum are examples of saw-scaled vipers that are known to grow the longest.

– A pear-shaped or elliptical head on a stout body is a characteristic feature of these vipers. They have vertical pupils and a thin tail.
– These viper species occur in various shades of brown, gray, red, and pale or olive brown in background with transversal whitish spots over the body.
– They move using the sidewinding pattern of crawling. A viper moves only a part of his body sideways, lifting the other part, which remains static.

– The fangs of the saw-scaled viper are fairly long and can be folded in the mouth when not in use. They get replaced several times throughout the life of the viper, as new fangs grow at the back of the mouth replacing the old ones.
– Reptile scales with a ridge at the center are known as keeled scales. This makes the appearance of a viper rough, and not shiny, helping it in camouflage. The serrations (or notches) on the scales help in the process of stridulation.

Stridualtion: Whenever it feels threatened, it forms C-shaped counter-looped coils. This is when its saw-like scales rub against each other make a threatening and hoarse sound. It swells its body and reacts with even more force when disturbed. Or when it is agitated, it stridulates faster, making a louder noise.

Habitat and Distribution
– Saw-scaled vipers are found in arid regions or dry savannas; in sandy, rocky zones or in shrubs, also at an altitude of little over 1000 meters. The Palestinian saw-scaled viper has been found at heights of 2000 meters above sea level in the Sinai peninsula.
– Echis pyramidum, or the Egyptian saw-scaled or the African carpet viper, can be spotted in Algeria, Egypt, Libya, Somalia, Sudan, Eritrea, Ethiopia, and in Kenya 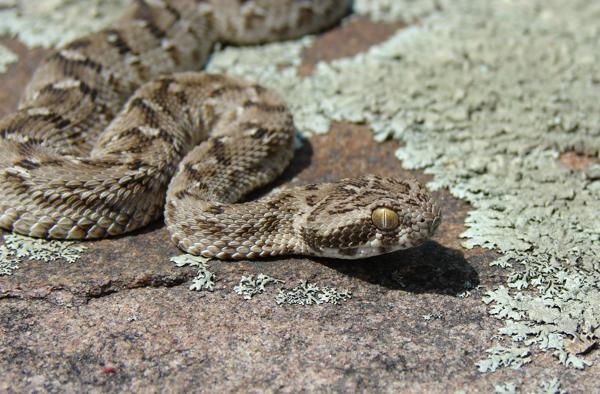 Echis carinatus is the family of Echis vipers found in the Indian subcontinent (in India, Sri Lanka, Bangladesh, Iran, and Afghanistan). Echis carinatus sochurek is a type found in western and northern Indian states of Gujarat, Haryana, Punjab, and Rajasthan.

– The Ocellated carpet viper or Echis ocellatus inhabits the countries of Senegal, Gambia, and Gulf of Guinea in the African continent.
– Burton’s carpet viper is the name given to Echis coloratus or painted saw-scaled viper of eastern Egypt, Palestine, Syria and Israel. This is typically a desert species.

Nocturnal habits: During the day, they prefer hiding under a rock, a shrub, in a hollow on a tree, or in a wide enough crack. Although majorly terrestrial, they climb on shrubs for basking. Saw-scaled vipers venture out in the evening and remain active from late evenings to late nights.

Reproduction: Certain species of Echis, like the species found in India, are viviparous, unlike other (like African species) that are oviparous. The average number of eggs laid ranges between 6 and more than 10. African vipers are known to lay around 8 to 10 eggs at once.

– Snakebites are very frequent in Sub-Saharan Africa, many villagers and farmers being at maximum risk. A bite by the ocellated carpet viper of the African savannahs is very dangerous and can even cause hemorrhaging.
– However, the Echis carinatus is considered the most dangerous species, resulting in over 50% of the fatalities caused by the Big Four in the Indian subcontinent.

– Their venom is cytotoxic and haemotoxic, which stops the process of blood clotting and harms the body tissue. It is slow in comparison to other types of venom. It can also cause permanent damage or loss of an organ in some cases.
– Cytotoxins may cause early swelling of tissues (tumefaction), necrosis and pain. The symptoms are seen very late though.

– The amount of venom contained in the saw-scaled viper’s bite may differ according to the purposes―defense or predation.
– A venomous viper bite causes bleeding at the bite, from nose, blood vomiting, or a cerebral hemorrhage leading to a quicker death.
– Serum used for treating the bites from the Echis carinatus proves redundant for treating bites from African species, thus showing a difference in the venom produced by the same genus.

Reacting fiercely on provocation is what defines the carpet vipers. It is difficult to prevent snakebites causing death or damage to humans, specifically where their habitats coincide with or extend up to human settlements.