You are here: Home / Uncategorized / Undeniably Interesting Facts About Hoverflies 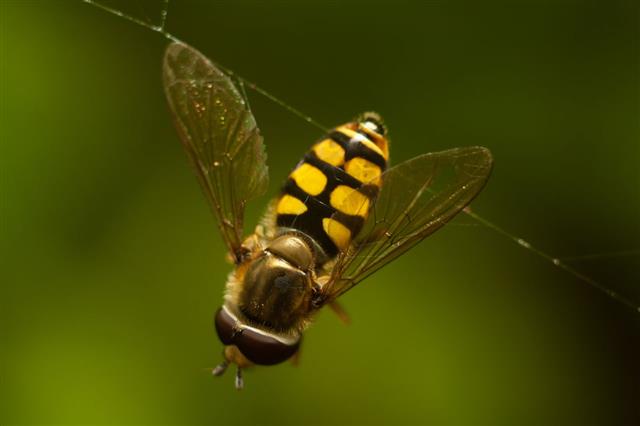 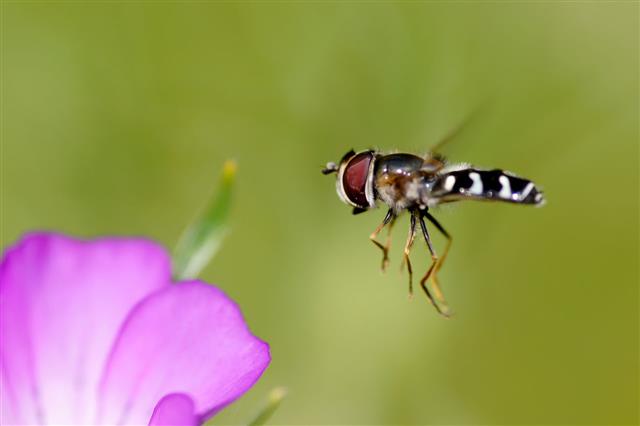 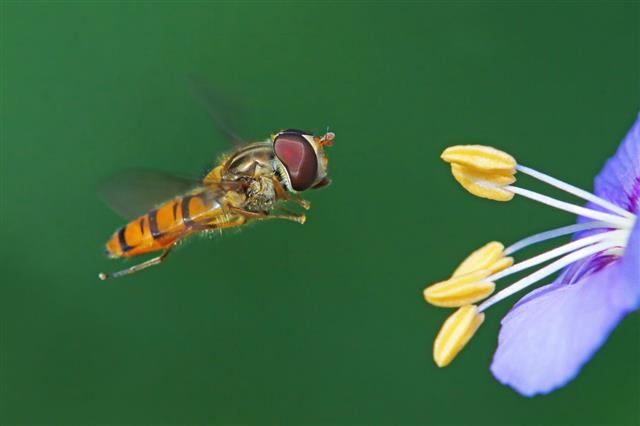 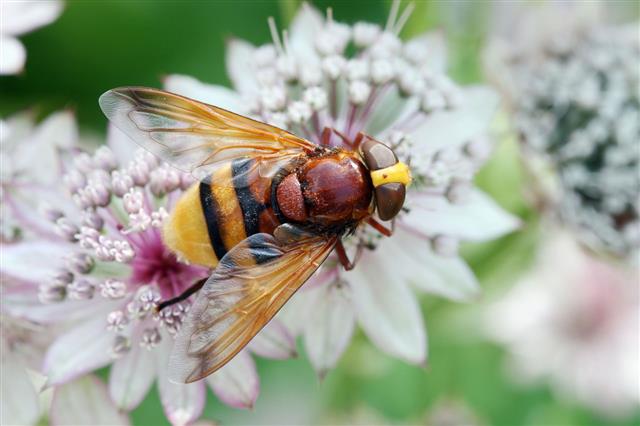 Hoverfly populations are encouraged by gardeners as their larvae feed on insects like aphids, thrips, and leaf hoppers, which are harmful to plants.

Batesian mimicry is a survival tactic employed by a relatively harmless species to escape potential predators by exhibiting the appearance of a harmful species. The hoverfly employs this tactic to look like a wasp, bee, or even hornet, and is often mistaken by people and predators alike. Being a true fly, it doesn’t bite or sting.

Hoverflies, commonly known as flower flies, belong to the Syrphidae family, and hence, they are often also called syrphid flies. They get their common names from their habit of hovering over flowers in order to feed on nectar. Due to their diet of nectar, they also act as pollinators. According to the Encyclopedia Britannica, there are close to about 6,000 species of these flies. They are commonly found throughout the world on all continents except Antarctica.

How to identify a hoverfly?

The easiest way to identify a hoverfly is via its characteristic hovering, as bees and wasps do not hover much. Other ways to differentiate them involve close physical examination of the fly body. The bristles on the dorsal thorax are short and soft, and the antennae on the head are shorter than those of wasps. These flies are true flies belonging to the order Diptera, and hence have only one pair of wings and not two pairs as in the case of bees and wasps.

The wings of the flower flies also show the presence of a longitudinal “vena spuria”, which is a false vein that ends abruptly along the wing. The wing also has two cross veins: upper outer and lower outer cross veins.

Eyes of a Male Hoverfly

Males have larger eyes that are placed close together such that they form a triangular structure.

Eyes of a Female Hoverfly

The eyes of the females, on the other hand, are slightly smaller and placed apart.

While the overall appearance is similar to other arthropod insects, such as bees and wasps, these flies exhibit a vast range of size and appearance―some are small and elongated, while others are large and hairy. They all have similar characteristic bright yellow markings in the form of spots, stripes, and bands. They have short and stubby antennae and have large, round compound eyes. The eyes are larger in case of males, and help them recognize females more accurately. The eyes can also be used to differentiate/identify the sex of these flies.

Where do they live?

They have a variety of habitats ranging from woodlands to urban areas. Hoverflies thrive in almost any environment as long as the vegetation is plentiful enough to sustain all its growing stages. They can establish populations in all climates except the desert and tundra regions.

What do they eat?

The hoverfly larvae feed on aphid and other soft-bodied insects such as thrips, leafhoppers, etc. The immature and adult flies feed mostly on the nectar and pollen from flowers, and honeydew from aphids. Some species also consume dead and decaying matter.

How do they reproduce?

The hoverfly’s lifespan is approximately one month, and their life cycle takes place in four stages: egg, larva, pupa, and adult (imago). The period of their life cycle varies with the seasons. It spans three weeks in summer, whereas in winter, it spans a period of nine weeks.

An abundance of pollen as a food source is a prerequisite for the mating of flower flies. Mature adults mate in early summer. The males mature faster than the females. This ensures successful reproduction. Mating may take place while flying or terrestrially resting on foliage.

A female can lay up to 100 eggs during the course of their life. Females lay the fertilized eggs on plant shoots and leaves where they will have easy access to prey. The eggs are elongated ovals in shape and are whitish in color.

When the eggs hatch, the larvae emerge and start feeding on the plant leaves and aphid populations. They also feed on other small, soft insects. The larvae consume hundreds of aphids in this stage. The larvae are legless and maggot-like. After a week of feeding, the larvae fall to the soil and pupate for around two weeks.

Pupae are oblong and pear-shaped. Their color changes gradually from green to that of the adult hoverfly. Pupation helps them metamorphose into imagoes. The imagoes emerge from the pupae as young hoverflies. They feed on nectar, pollen, and honeydew from aphids and mature into adult flies. In a year, 3 to 7 generations of these syrphid flies may be produced.

❖ Gardeners encourage hoverflies due to the fact that the larval stages prey on insect pests, and because they are great pollinators.

❖ The larvae can control 70 – 100% of the aphid population in their vicinity.

❖ They possess the ability to fly backwards.

❖ They do not sting or bite.

❖ The larvae are sometimes used as a bait in ice fishing.

❖ They are attracted to plants in the carrot and mint families.

❖ They can fly at the speed of 40 km/hr intermittently.

❖ They can switch on and switch off their reproductive abilities based on the odors given off by plants. Aphid-infested plants give off a certain odor that promotes reproduction, while uninfected plants will cause the flies to refrain from reproducing.

❖ The number of eggs a female lays at a time depends on the aphid population present at that site. 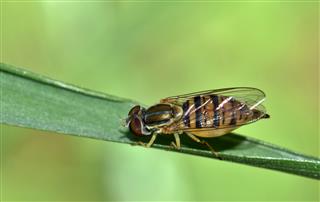 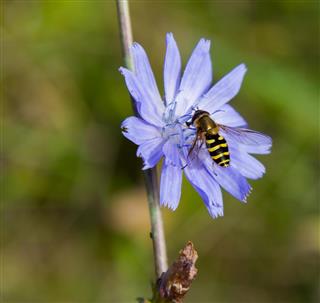 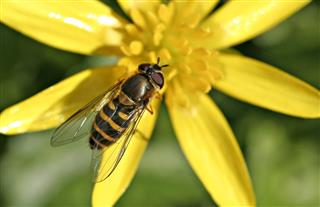 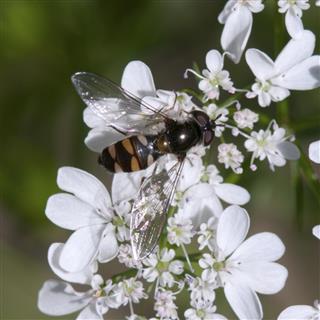 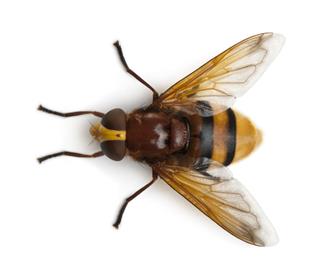