Rhinoceros beetles are a class of scarab beetles and are well-known for their distinguishing 'horns'.

Rhinoceros beetles are a class of scarab beetles and are well-known for their distinguishing ‘horns’. 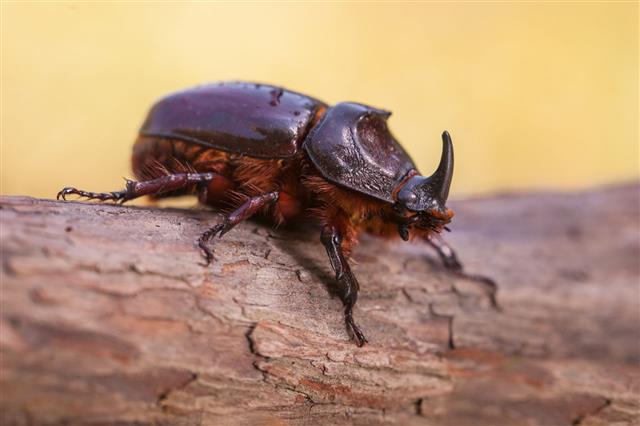 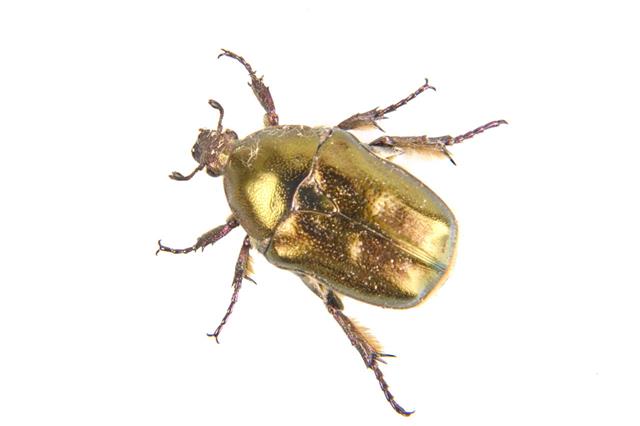 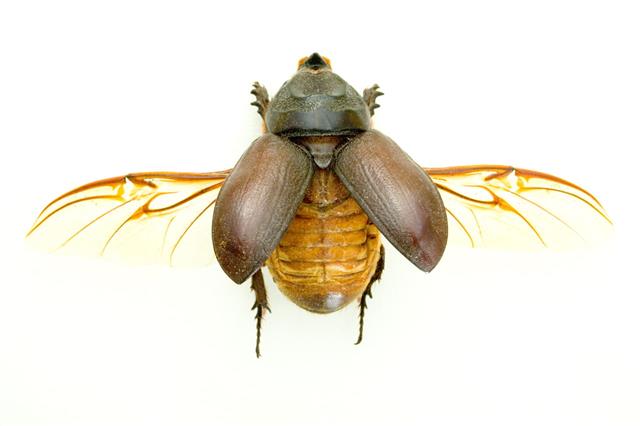 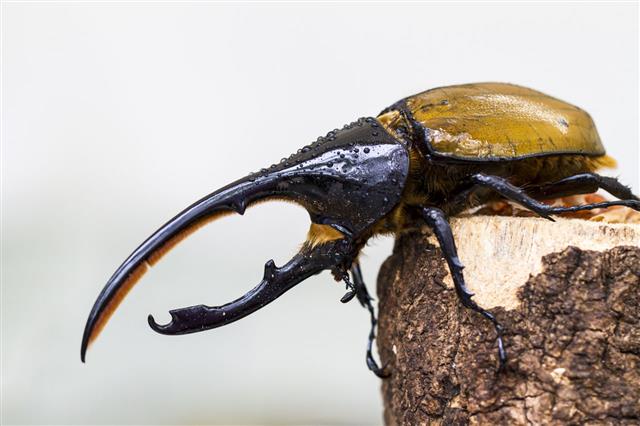 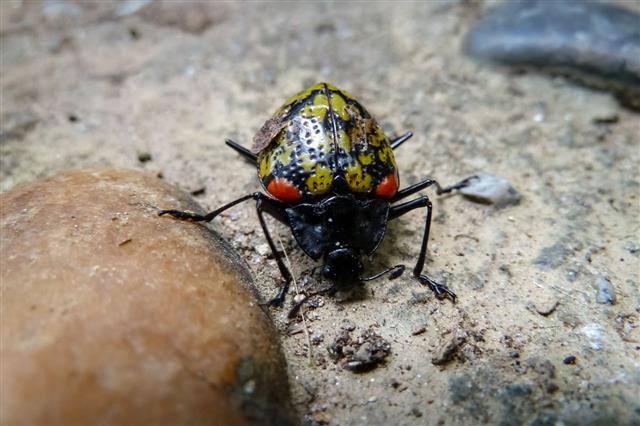 Beetles are classified as the ‘coleoptera’ order in scientific classification. This word comes from the old Greek words koleos, meaning ‘sheath’, and pteron, meaning ‘wing’. This is due to the arrangement of wings in beetles, in which the hardened front pair of wings sheaths the back pair, which is the one actually used for flying.

Rhinoceros beetles are some of the most famous insects in the world. They are defined as being part of the subfamily Dynastinae, which is part of the family Scarabaeidae. A more detailed classification is given below:

The Dynastinae subfamily is further divided into 6-8 tribes, with particular classifications favored by particular researchers with no universal consensus (many of the tribes were named more than 150 years ago and modern methods of classification sometimes conflict with the criteria used back then). They are found all over the world except in the polar regions.

Rhinoceros beetles are among the largest insects in the world and certainly are the largest beetles. Many species are more than 6 inches long, while the larvae of the Goliath beetle (Megasoma actaeon) can grow to more than 110 grams in weight. The adult Goliath beetle itself, along with the elephant beetle (M. elephas), is one of the largest insects in the world, all criteria considered; it could be the heaviest adult insect, with individuals possibly exceeding 90-100 g.

Many rhinoceros beetles are more than 3-4 inches long, and can weigh up to 30-40 grams. These beetles are also exceptionally strong, with the Hercules beetle having been observed to lift 850 times its own body weight.

Rhino beetles are covered in a hard sheath. As mentioned before, their front wings form a protective covering for their rear wings. Because of their size, most rhinoceros beetles are not good fliers, and instead, rely on camouflage to stay safe. For this reason, they stay under logs or in the dark undergrowth to keep away from their few predators. Some rhino beetles can produce a hissing sound by rubbing their front wings against their abdomens. This is a warning sign if the beetle is persistently disturbed.

The horn-like appendage is undoubtedly the most conspicuous physical characteristic of rhinoceros beetles and is the source of their name. Only the males have the horns, which are used in fights between rival males and sometimes for digging underground.

According to a study published in the journal Science, the length of the horn is directly related to the state of nutrition experienced by the male beetle while growing up. This is why the horn has evolved to be so important in mating displays. This is due to the fact that tissues in the horn are much more sensitive to insulin-like growth factors (IGFs) than elsewhere in the body. IGFs are responsible for growth in most complex organisms, and their levels rely on nutrition. To test this idea, the scientists disabled the gene that activated the IGF pathway in these beetles. The horns in the beetles without the gene were 16% smaller than the horns on the beetles who could use the IGF pathway. For comparison, the difference in wing size was only 2%.

Female rhinoceros beetles lay around 50 eggs (may differ between species). These beetles have a very long larval stage, sometimes extending to more than 3 years. The larvae mostly eat rotten wood. After that, the larvae pupate; in some species they emerge as fully formed adults, while in some, they emerge as nymphs and undergo several further stages, called instars, to reach adulthood. The adults eat plant nectar, sap, and fruits. Adult beetles eat significantly less frequently than their larvae, and certainly much less than their size may suggest. These tough and well-armored beetles live for 2-3 years, though the females die soon after reproduction.

The following images show each stage in the life cycle of a Hercules beetle. The first image is a larva, the second is a nymph, and the third is the adult.

Rhinoceros beetles are popular as pets, particularly in eastern Asia. Despite their size, they can’t sting or bite. They are also quite clean pets, with no mess to clean up in their wake.

In the same region, male beetles are used as combatants in gambling fights, due to their large size and tendency to attack other males.

Some are also eaten in many parts of the world, though the larvae are usually preferred over adults. The larvae are reported to carry proportionally more protein than popular sources of protein such as meat or legumes. 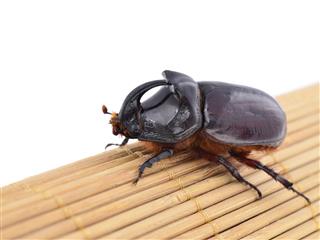 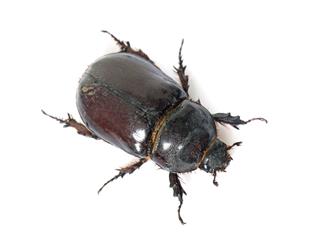 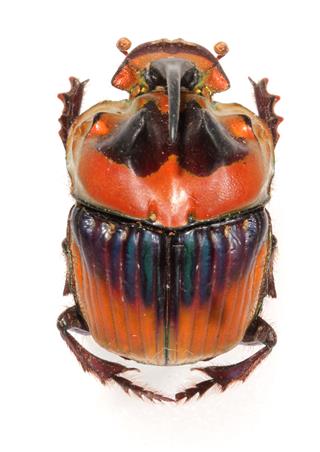 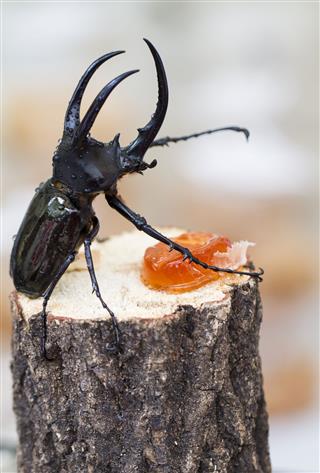