Pangasius Vs. Tilapia: And You Thought You Knew the Difference

Both Pangasius and Tilapia are freshwater fish and are fast climbing the list of America's favorite seafood products. However, while appraising the Pangasius vs. Tilapia, a fair number of differences came forth.

You are here: Home / Uncategorized / Pangasius Vs. Tilapia: And You Thought You Knew the Difference 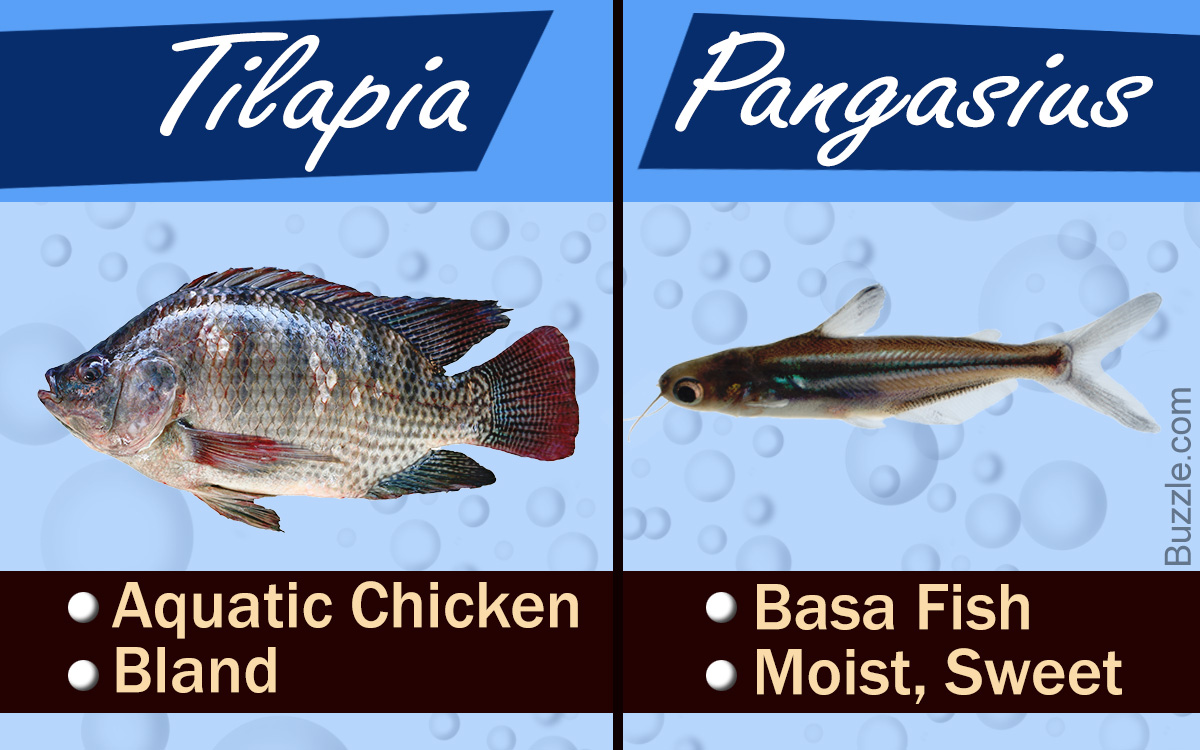 Both Pangasius and Tilapia are freshwater fish and are fast climbing the list of America’s favorite seafood products. However, while appraising the Pangasius vs. Tilapia, a fair number of differences came forth.

Tilapia is also referred to as “St. Peter’s fish”. It is believed to be the fish fed by Jesus, to over five thousand people in the “Fish and Loaves” miracle as mentioned in the Bible.

The juvenile Pangasius are also known as the Iridescent Shark.

Tilapia is not the name of one fish, but an umbrella name for over a dozen species of the cichlid fish, while Pangasius is a term used to refer to a variety of imported freshwater basa fish.

Both Tilapia and Pangasius are freshwater white fish, which are bred for consumption in the global market. Both fish are characterized by similar traits and have their origins in tropical regions. They are easily adaptable to various production systems and also acceptable to low quality feeds. However, the differences between them far outweigh their similarity.

The success of Pangasius and Tilapia as imported freshwater fish and their ascent in the list of widely consumed sea-food products indicates a shift of food preferences from traditional to more modern or exotic. Both fish are similar in nutrition and have been widely accepted by consumers around the world.