Your Guide to Snake Identification by Their Characteristics

Identifying snakes is a useful procedure, but it can be tricky. In reality, on a global average, snakes kill much less people in a year than those that are killed in vehicular accidents. Given a way out, snakes prefer slithering away from humans, and only bite as a last resort. A majority of snakebites occur when people intrude upon a snake lying in peace. Hence, the best way to avoid a snakebite is to always be alert, especially when you are in a region where snakes are known to exist.

You are here: Home / Uncategorized / Your Guide to Snake Identification by Their Characteristics

Identifying snakes is a useful procedure, but it can be tricky. In reality, on a global average, snakes kill much less people in a year than those that are killed in vehicular accidents. Given a way out, snakes prefer slithering away from humans, and only bite as a last resort. A majority of snakebites occur when people intrude upon a snake lying in peace. Hence, the best way to avoid a snakebite is to always be alert, especially when you are in a region where snakes are known to exist. 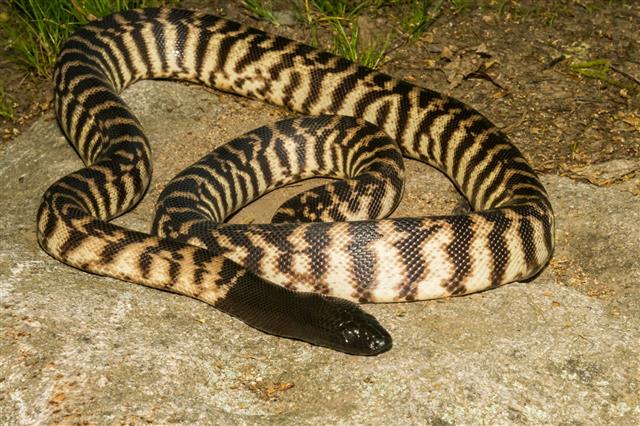 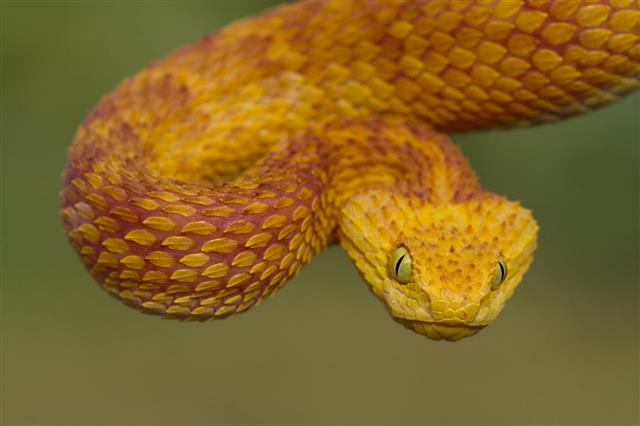 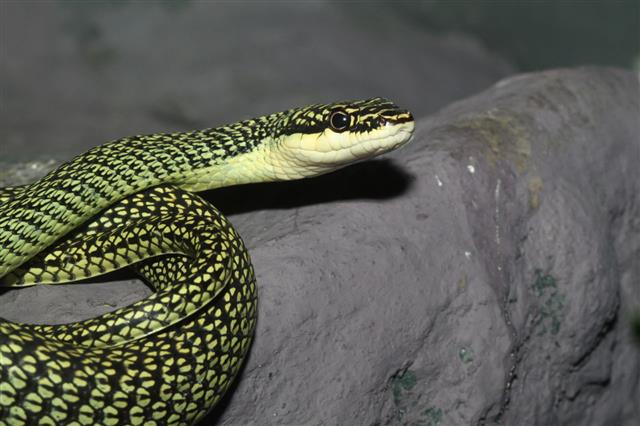 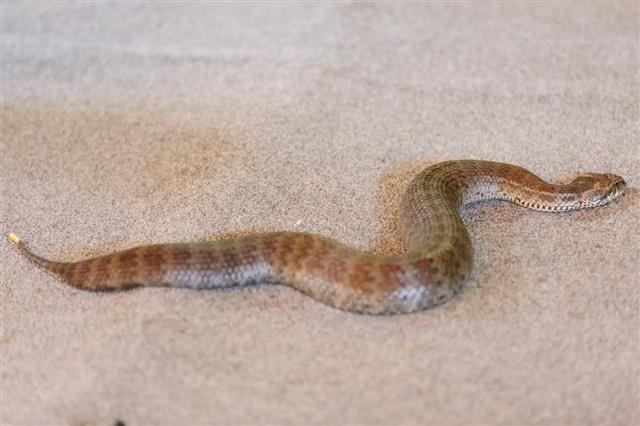 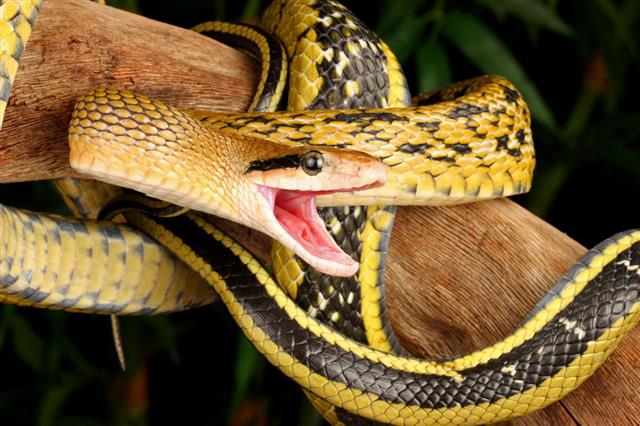 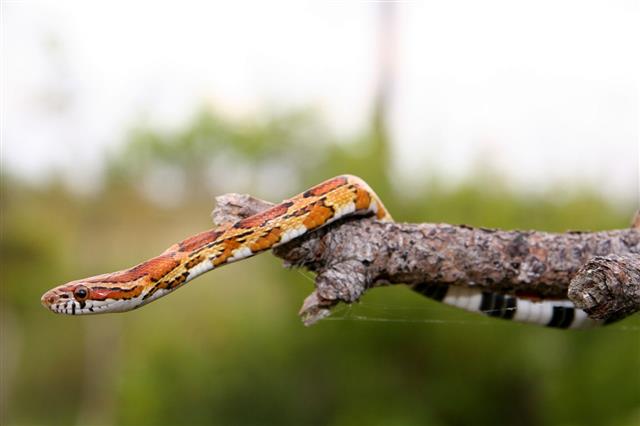 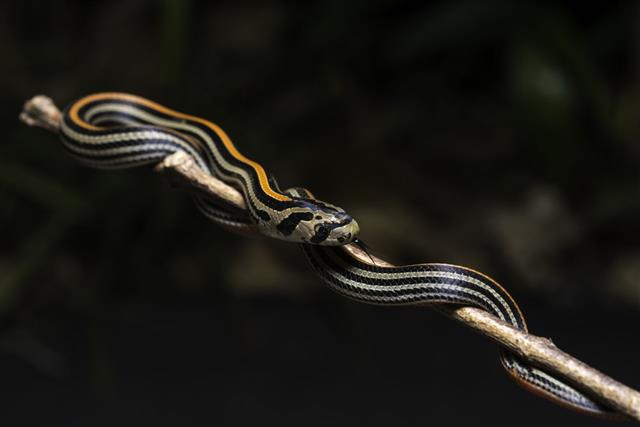 Identifying snakes is not a particularly difficult job, but it requires a detailed study of the unique characteristics of each particular species. Snakes display a bewildering array of physical variations. Thus, it is a good idea to have a database (a simple guidebook would generally suffice) handy, or, if you know what types of snakes you are likely to encounter, to memorize the characteristics of that particular snake.

Most people though would prefer to just run away as fast as possible if they see a snake. To be fair, that is always easier than remembering the snake’s binomial name and thinking, ‘Oh relax, it’s just Hardto rememberosa, it’s not venomous’!

Snake identification isn’t always a hands-on job. It is also useful if you find a shed snakeskin, and are worried whether the snake is in the vicinity. Being able to identify snakes is a very useful skill if you live in an area populated by snakes, or if you are going hiking, camping etc. In the unfortunate case of someone being bitten by a venomous snake, identification of the snake is also very useful for doctors.

How to Identify Snakes?

These are some important categorizations of snakes, and the particular species can usually be determined through the specific permutation of the following characteristics:

When it comes to describing the length of snakes, it’s important to try to visualize the snake in a straight line. Naturally, most snakes never take that shape, so description of the length can be vague. Also, juvenile snakes often fall into lower categories, making the task even harder. If described correctly though, this can be a very helpful marker. The categorizations according to length are short, mid-sized, and long.

This can also be called ‘body type’. The categorizations are, thin, mid-sized, and stocky. Two important factors can mess up estimates of the girth of snakes: the snake could have just had a meal, or could be pregnant.

If the girth is uniform along the length of the body (except tapering off at the tail, needless to say), the estimate is most likely the correct one. If there is an irregular bulge, especially in the abdominal region, chances are that one or both the aforementioned two conditions are present.

snake having round eye

The snakes have either round eye or vertical eye. This is a distinctly visible indicator, and can be very helpful in identifying the snake. Sometimes the shape of the pupil is also used to distinguish between venomous and nonvenomous snakes, but that classification is not accurate.

The patterns on snakes’ skins can vary massively. The most common patterns are monochrome (the whole upper body having one color), two-tone, banded, striped, spotted, blotched, and a differently colored head.

Based on the girth of the head in relation to the girth of the rest of the body, snakes can be broadly classified into two categories: no neck (who have heads roughly the same width as the body, resulting in a smooth, rounded appearance), and broad-headed (whose necks are noticeably wider than the body).

the feature on rattlesnake's tail "rattles" to warn predators

Some snakes are universally known for, and are best identified by, their unique feature. For instance, cobras flare their hoods when agitated. This is a warning to potential predators. Similarly, rattlesnakes use their characteristic ‘rattles’ to warn off predators.

Pit vipers use special heat-sensing organs, called ‘pits’, to view their surroundings in terms of differences in heat of a particular object (such as prey) and its surroundings. These three examples can be readily observed. Incidentally, cobras, rattlesnakes, and pit vipers are all highly venomous.

Any species can be correctly identified by arriving at a meeting point of the characteristics listed above. It is better to keep a guide to snakes usually found in your area handy, so that you can quickly crosscheck. 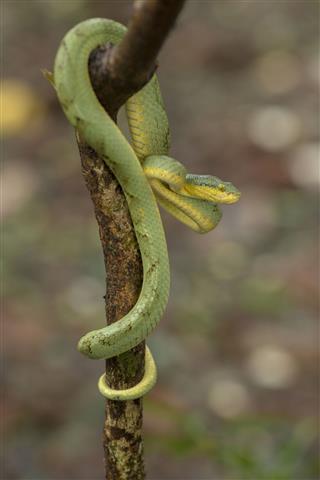 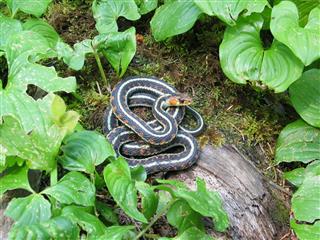 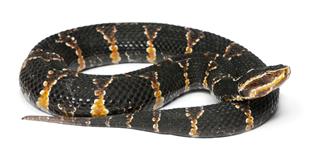 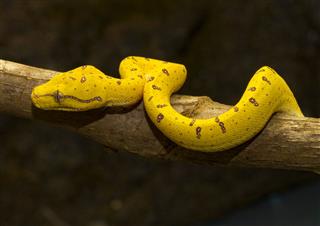 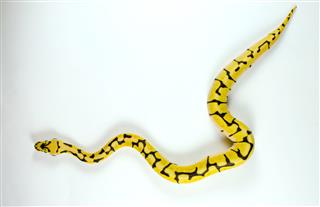 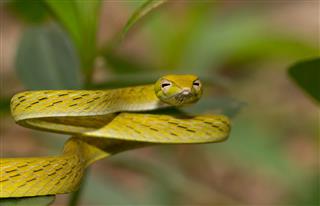 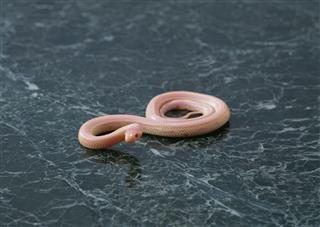 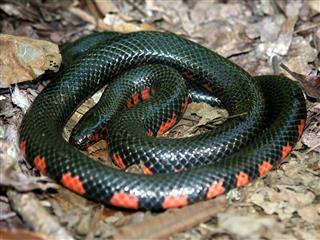 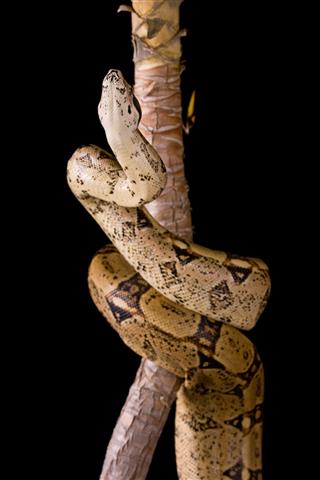 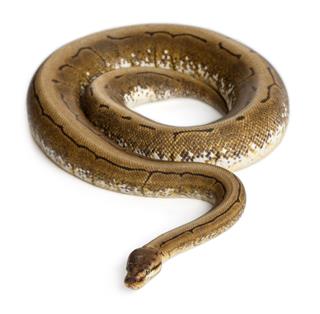 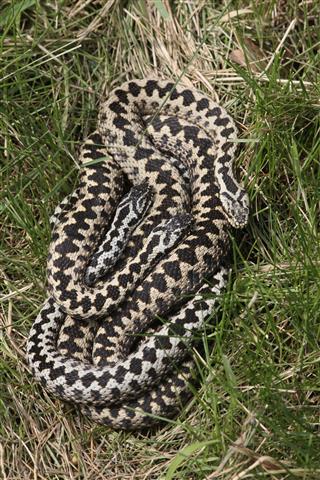 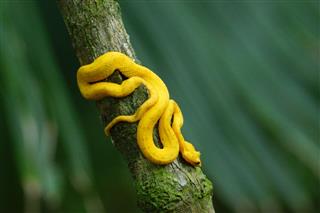 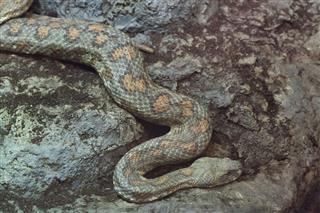 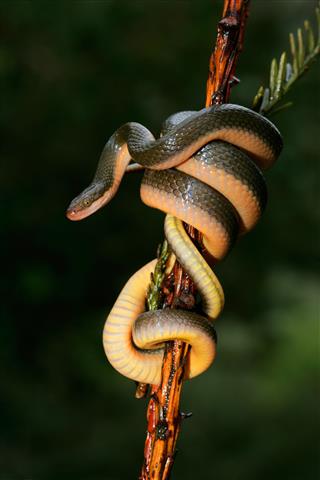 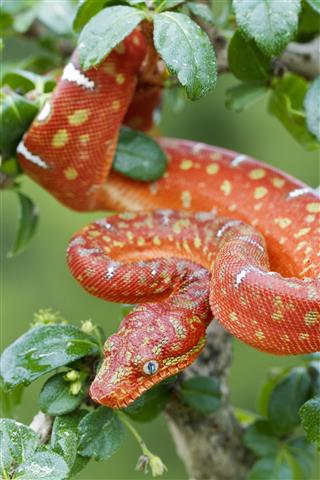 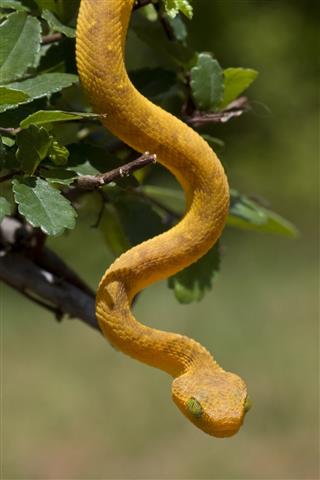 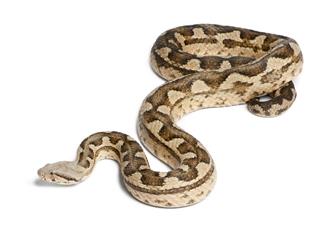 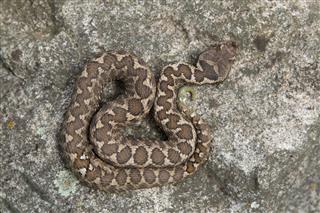