These Facts About Tobacco Hornworms Will Simply Leave You Baffled

Tobacco hornworms are 70 millimeter long caterpillars that are a menace for tobacco plants. This article presents some useful tobacco hornworm facts that include their life cycle, habitat, and diet.

You are here: Home / Uncategorized / These Facts About Tobacco Hornworms Will Simply Leave You Baffled 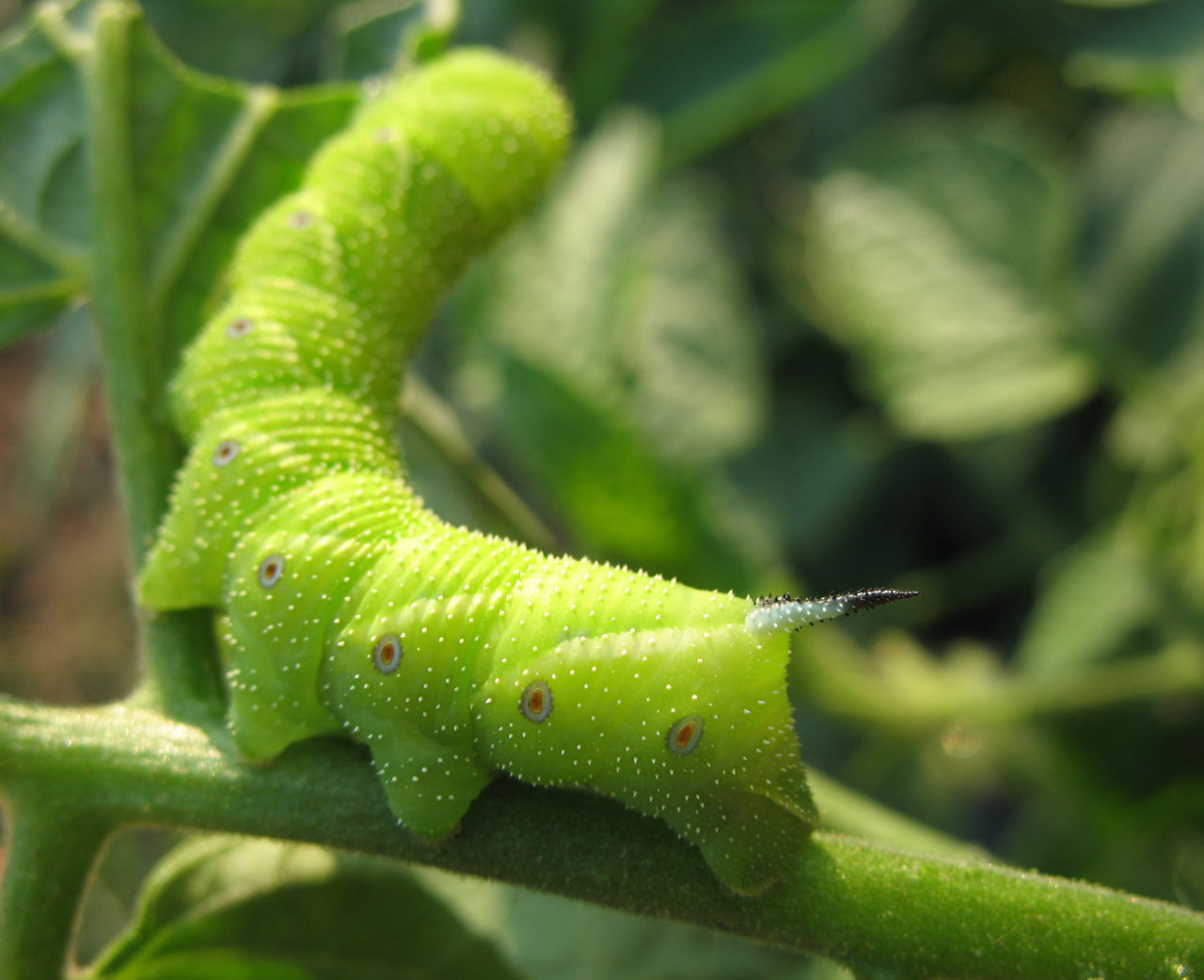 Tobacco hornworms are 70 millimeter long caterpillars that are a menace for tobacco plants. This article presents some useful tobacco hornworm facts that include their life cycle, habitat, and diet.

Tobacco hornworms are one of the most common insects in the garden. They are scientifically known as Manduca sexta  and belong to the Sphingidae  family. They are the larvae of the Sphinx moth, and are often confused with the tomato hornworm or Manduca quinquemaculata  that belongs to the same genus, but as is clear from the scientific name, is a distinct species.

Tobacco hornworms are very common in the southern states of the United States although their habitat stretches from Canada to Argentina. Their habitat includes the foliage of plants belonging to the Solanaceae  family. Their most favorite host is the tobacco plant. In nature, the tobacco hornworms’ diet includes leaves of the plants that they grow on. When raised in laboratories for scientific studies, their diet is wheat-germ based.

Larva
Within 2 to 4 days after they have been laid, the eggs hatch into larvae. Also known as caterpillars, these larvae are green in color and about 70 millimeters in length. They feed on the foliage of the plant on which the eggs were laid. The caterpillars go through 5 larval instars or developmental stages that span over a period of about 20 days. Throughout the successive instars, the caterpillars grow in size. The characteristic horn or spike on their abdominal segment, that gives the caterpillars their name, also keeps reducing in length with each successive instar. As the caterpillars approach their final stage, they start looking for a place to burrow so that they can enter the next stage, which is the pupal stage. This behavior of the pupae is rightly termed as wandering.

Pupa
Once the tobacco hornworm larvae mature, they drop on the ground and burrow into the soil to a depth of 10 to 15 cm. Here, they form brown or reddish-brown colored pupae which are elongated and ovular, with a pointed posterior end. The pupae have a pronounced maxillary loop that encases the mouth parts. This loop extends to almost one-fourth of their body length. However, in case of the tomato hornworm pupae, the loop is one-third of their length. The pupal stage is long and its duration is variable.

The Adult
The adult form of the tobacco hornworms is known as the Carolina Sphinx moth or hawk moth. They are sexually dimorphic and have large forewings. Their identification marks are the orange-yellow spots on their abdomen. The adults feed on the nectar of flowers. It is due to the powerful and rapid beating of their wings that these moths are also known as hummingbird moths. They are seen hovering over flowers during dusk.

Tobacco hornworms are model organisms, and are commonly used in neurobiology due to their short life cycle and easily accessible nervous system.

Natural enemies include the stilt bug Jalysus spinosus, that attack their eggs. The braconid wasp is a predator that lays eggs in the hornworm. As the eggs hatch, they eat their way out of the caterpillar, slowly killing it.

One of the alarming tobacco hornworm facts is that due to their voracious appetite, they are one of the most destructive pests of tobacco plants. If their growth is left unchecked, then they are capable of destroying an entire crop.