Being the largest insect order, there are over 350,000 species of beetles found across the world. In this AnimalSake article, we have provided information about 8 different species.

You are here: Home / Uncategorized / A List of Different Types of Beetles That’ll Blow You Away 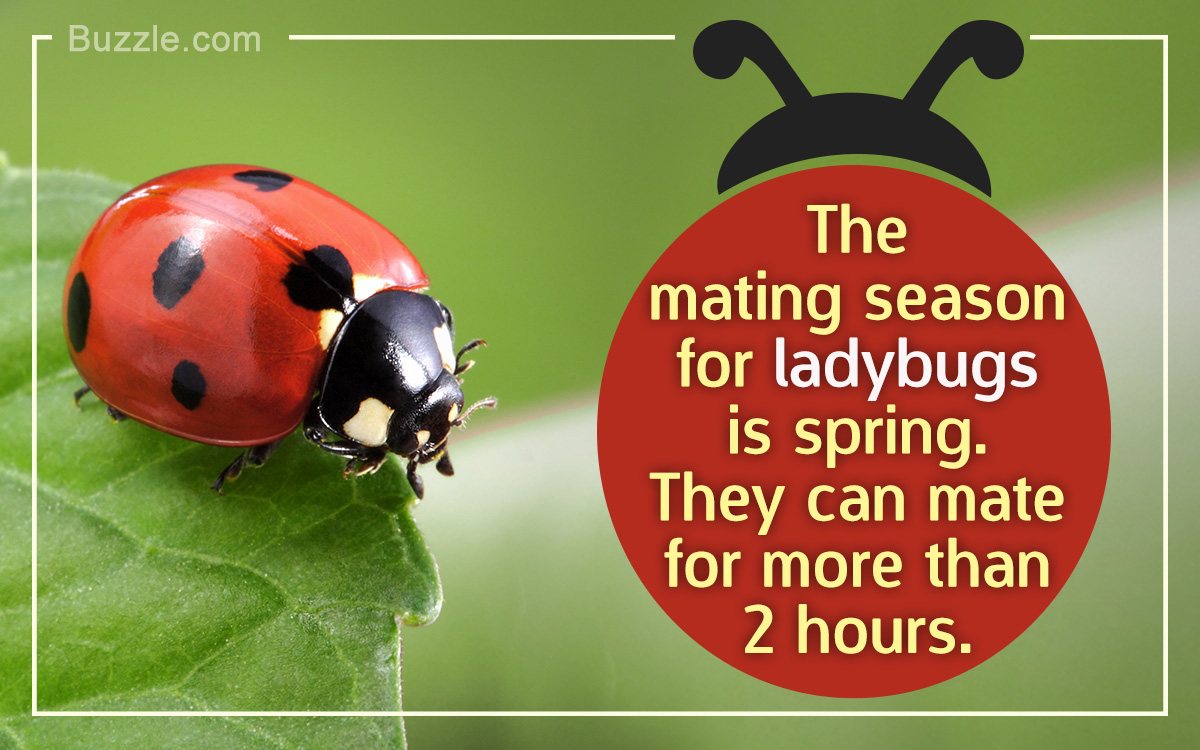 Being the largest insect order, there are over 350,000 species of beetles found across the world. In this AnimalSake article, we have provided information about 8 different species. 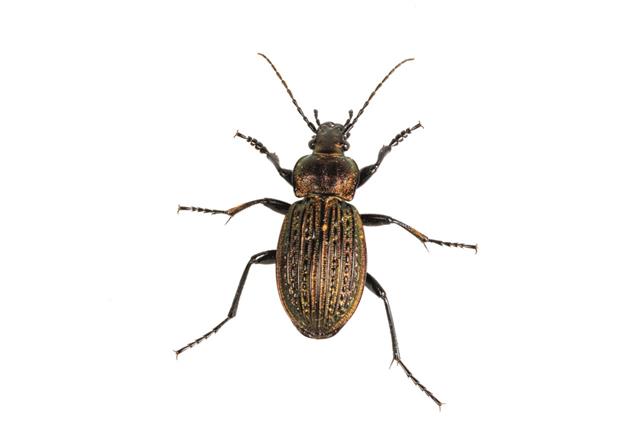 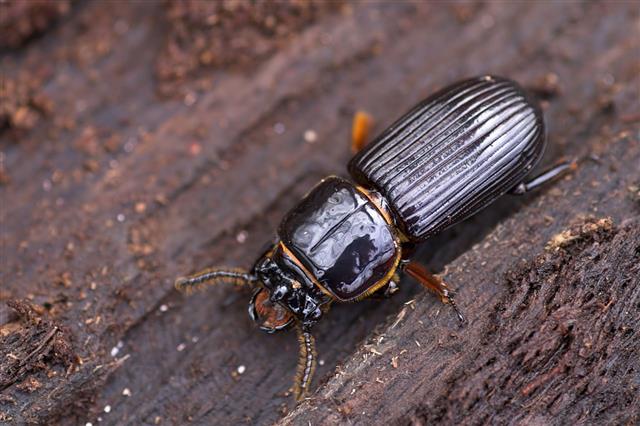 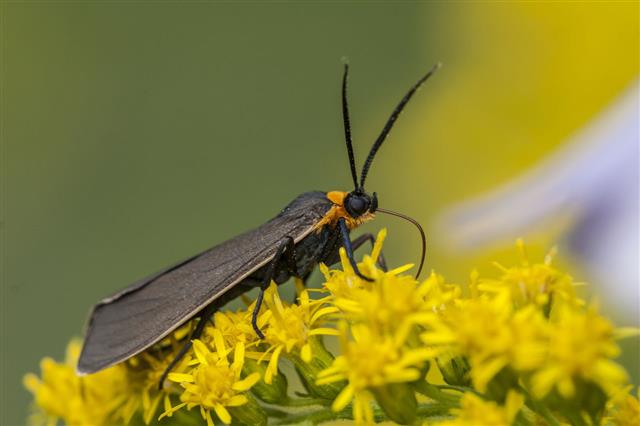 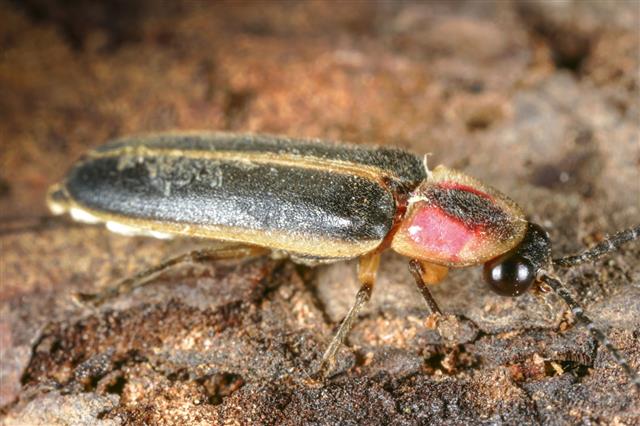 There are approximately 800,000 (documented) species of insects existing on the earth. Among these, beetles are the largest group of insects found. They can be classified as …

The meaning of Coleoptera is ‘sclerotised/sheathed wings’. Order Coleoptera is subdivided into various suborders such as Adephaga, Archostemata, Polyphaga, and Myxophaga. There are several families categorized under these suborders. There are about 30,000 known species found in USA and Canada.

Beetles can be found in all types of habitats, including terrestrial and freshwater environment. However, they are not found in the sea or polar regions. Most beetles are predators, while some are scavengers and others are parasites. They generally feed on fungi and plants, parasites of vertebrate animals, and other invertebrates. They break down plant and animal debris. Almost all leaf beetles are leaf feeders, wehreas all ground beetles are mostly predaceous. Most members of the lady beetle family (Coccinellidae) are predators. However, few species (including the pestiferous Mexican bean beetle) are plant feeders and rest are fungus feeders.

They belong to family Coccinellidae and are called ladybird beetles or ladybugs. They have an oval or round convex body with some bright, contrasting colors. Their elongate larvae are covered with tubercles or spines and banded or spotted with bright colors. There are about 5,000 species of lady beetles found all over the world. Most of them are beneficial predators, while some are phytophagous (plant feeders). The common species are large, red or orange in color with black spots.

They belong to family Carabidae, which is one of the biggest families of beetles. There are about 40,000 species in this family. They are ¼ to 1 inch or longer in size, and black or brown in color. As the name indicates, they are found in the locations related to soil, specifically in damp habitats. Most species are nocturnal and during the daytime, they are found under logs, stones, plant debris and other hidden places. At night, they climb onto the plants and feed on caterpillars and aphids. Most ground beetles have a single generation every year. However, some may complete 2-3 generations. The adults of several species are known to feed on plant materials such as fungi, pollen and decaying plants. Some feed on seeds, while some are known for damaging the agricultural crops.

Belonging to family Cantharidae, soldier beetles have soft, elongated bodies and can mostly be found on flowers. There are approximately 4,500 species of soldier beetles found throughout the world. Some species feed on aphids and other soft-bodied insects. The larvae of most species feed on other insects such as small caterpillars, grasshopper eggs, and maggots.

About 2,000 species of fireflies are included in family Lampyridae. They are dark-colored, medium-sized beetles having flexible and soft elytra. They stay on foliage during the daytime and fly at night. They prefer to live in the damp places. Their nocturnal larvae feed mainly on slugs and snails. They also feed on leaf beetle larvae, cutworms, earworms, and other soft-bodied insects. Luminescent larvae are also known as glow-worms. The adult beetles use their flashing lights during the mating process.

They cover a large group with about 35,000 species spread worldwide. They have an oval or oval-elongate body with various colors and shapes. Both adults and larvae feed on plants. Adults typically feed on foliage and flowers. When large in number, they remove plenty of leaf tissue and cause a significant damage to the plants. This group includes several agricultural and garden pests such as bean leaf beetles, corn rootworms, asparagus beetles, cucumber beetles, etc.

Belonging to the family Elateridae, click beetles are named after the adult’s method of righting themselves. The adult beetles are shiny, slender and hard-bodied. When on the back, they can snap two parts of the body together, spring up into the air and land on the feet. These beetles are found on flowers and leaves. Their larvae are known as wireworms and they live in the soil, under the bark and in the decaying vegetation. Some species are destructive and feed on roots and seeds. Some species are scavengers. Some species are predaceous and feed on insects and other invertebrates.

They are included in family Scarabaeidae with more than 16,500 species found all over the world. This group of beetles includes chafers, dung beetles and others. They have an elongate or oval and convex body. Both adults and larvae are usually plant feeders. Chafers or white grubs are the most significant scarab pests found in the gardens. The larvae feed on the roots of grasses and other plants. They are the pests of some root crops and lawns. The adults feed on the foliage of various ornamental plants. Some common scarabs are rose chafer, May beetles, Japanese beetles and June beetles. 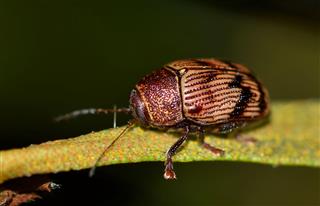 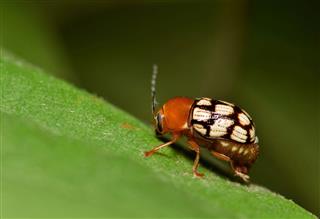 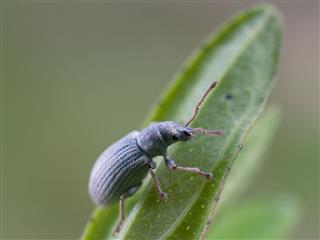 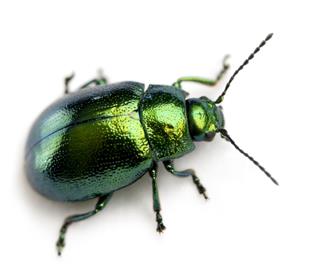 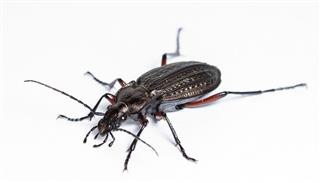