The word 'snake' conjures up in most minds images of a dangerous, toxin-spewing creature slithering about in dark dungeons, possibly enjoying a game of poker with Messieurs Krueger, Myers and Voorhees. The reality, however, is quite different, a majority of snake species are not poisonous.

The word ‘snake’ conjures up in most minds images of a dangerous, toxin-spewing creature slithering about in dark dungeons, possibly enjoying a game of poker with Messieurs Krueger, Myers and Voorhees. The reality, however, is quite different, a majority of snake species are not poisonous. 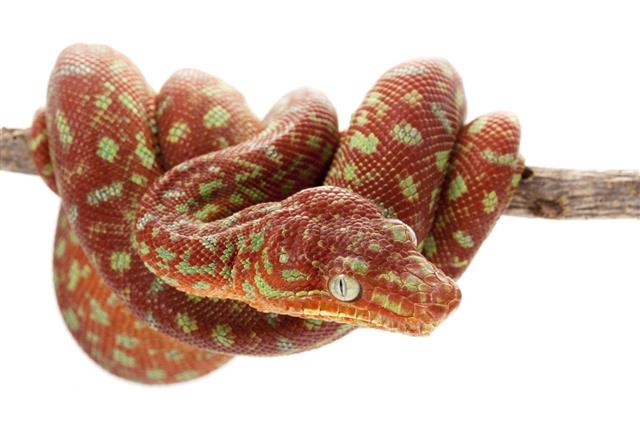 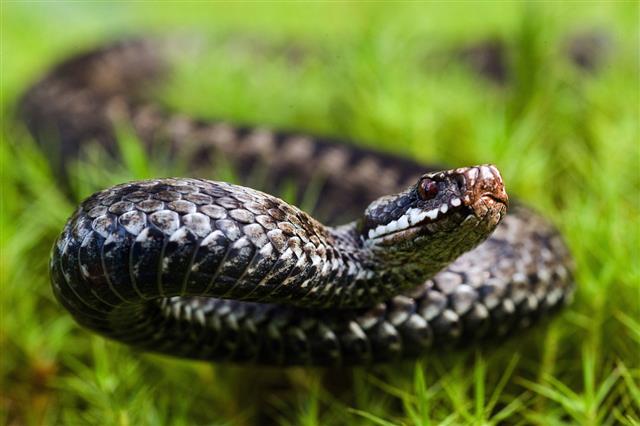 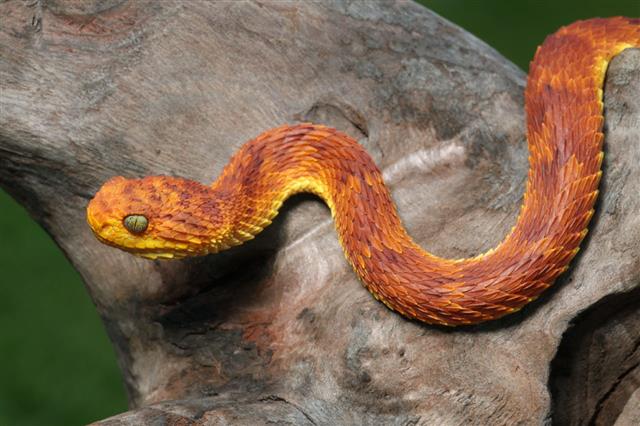 Snakes are timid creatures and prefer fleeing from aggressors such as humans. Given fair warning of an impeding intruder, they will try to get away from it as long as there’s no incursion upon their kill or their nest (in case of females of some species). They then proceed to warn the intruder in various ways, such as flaring their hoods (king cobra), rattling their tails (rattlesnakes) or spewing venom onto their aggressor (spitting cobras) in order to get more time to make their escape. They only resort to biting as a last resort or upon being cornered.

Most snakes never chase humans, and only the largest species do so in a predatory fashion.

The following sections tell you in more detail.

Snakes are often termed as poisonous or nonpoisonous. However, ‘poison’ is a generic term referring to substances which are harmful when ingested or injected, e.g. poisonous mushrooms, denatured alcohol, etc. Venom, on the other hand, is a specific term referring to toxic substances created by animals such as snakes, scorpions, and spiders. The toxins secreted by such animals are actually formed in their own bodies and only have an adverse effect when injected in the tissues (including blood, which is actually a tissue) of the victim. Snake venom can be swallowed and digested by humans without any adverse effect. However, this requires a perfectly healthy digestive system, which is a natural rarity.

In the following text, the term ‘poisonous’ has been used to facilitate easier understanding, since it is the commonly used term, but it should be noted that the exact term is ‘venomous’.

When it comes to identifying a poisonous snake, it is always better to identify a particular species rather than memorize general markers, since there is no distinguishing feature between poisonous and nonpoisonous snakes. Some that can be of help have been enlisted in this article, but medical attention should always be sought in the case of a snakebite, even if you are perfectly sure that the snake in question is nonpoisonous. When it comes to snakebites, it’s better to be paranoid than… well, let’s not go there!

What’s the Cue to Flee?

Poisonous snakes often have a triangular head tapering towards the mouth, with the nonpoisonous species often possessing smoothly curved, U-shaped heads. However, some nonvenomous snakes may narrow their heads to warn off predators, while some may have a naturally pointed head. A striking example of the latter is the wine snake, which has a very pronounced ‘tip’ to its head. In most cases, though, it is wise not to approach a snake if it has a tapering head.

The pupil is the hole through which light enters the eye. In layman terms, it is the innermost black circle in the center of our eyes. Nonpoisonous snakes have round pupils, and poisonous snakes have elliptical, cat-like pupils. Once again, however, an exception is to be found in some of the most poisonous and aggressive snakes in the world, the mambas and cobras, which have round pupils. Also, various boas, which are nonvenomous, have elliptical pupils.

A family of snakes known as pit vipers have indentations below their nostrils known as ‘pits’. These do a unique job of sensing thermal radiation (heat) emitted from their surroundings. Pit vipers use this unique ability to ‘see’ their surroundings in the form of differing temperatures. This enables them to strike a prey with infallible accuracy. The presence of these pits, which can be fathomed even at a distance, is a foolproof mark of the snake being poisonous.

Let me make a disclaimer about this characteristic before you go any further. This involves observing a snake’s underside, and thus is NOT to be checked with live snakes.

If two close-set puncture marks can be observed on the skin, it is certain that the snake is poisonous, and immediate action should be taken to provide medical care to the victim. If the bite mark is ragged, it is a sign of an absence of fangs and, consequently, poison. A nonpoisonous snake wound is still cause for concern, though, since deep wounds can become gangrenous.

If, after biting, a snake latches on and doesn’t let go, it is usually an indicator that it is nonpoisonous. Poisonous snakes have two specialized, hollow teeth known as fangs, which act like hypodermic syringes delivering its lethal dose of venom. A poisonous snake usually retrieves its fangs immediately after delivering a bite, since they are its only weapons and have to be protected as such.

However, several poisonous snakes maintain their bite, due to their aggression (though this is rare) or to compensate for the low toxicity of their respective venom with a high quantity of it.

Some poisonous snakes are best identified by their unique characteristics, such as the ‘rattle’ of a rattlesnake, or the distinctive ‘red next to yellow’ bands of North American coral snakes (the popular “red next to black, won’t kill jack; red next to yellow, deadly fellow” rule of thumbs doesn’t apply to coral snakes found elsewhere in the world).

The list of defining characteristics of a poisonous snake is not exhaustive, or even absolutely accurate, but these are some of the readily observable signs. Remember, a snakebite, poisonous or not, should never be left untreated. A poisonous bite can kill and even a nonpoisonous bite can end up disfiguring your arm. The most useful protection while in proximity to snakes is, in Mad-Eye Moody’s words, “constant vigilance”. A snake only bites if cornered or surprised, and, given its way, would rather slither away in peace. 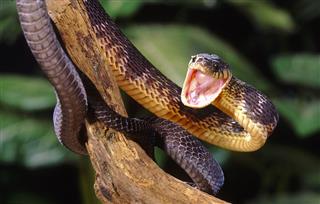 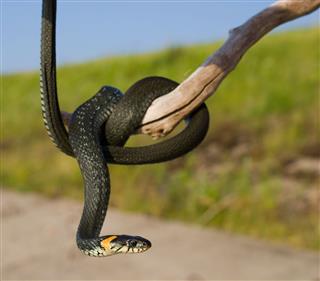