What Do Frogs Eat? The Answer Might Make Your Eyes Boggle

Whether frogs are herbivores or carnivores, is a question which can be a bit confusing as tadpoles only feed on algae and adult frogs only eat insects and small invertebrates - at least, most of them.

You are here: Home / Uncategorized / What Do Frogs Eat? The Answer Might Make Your Eyes Boggle 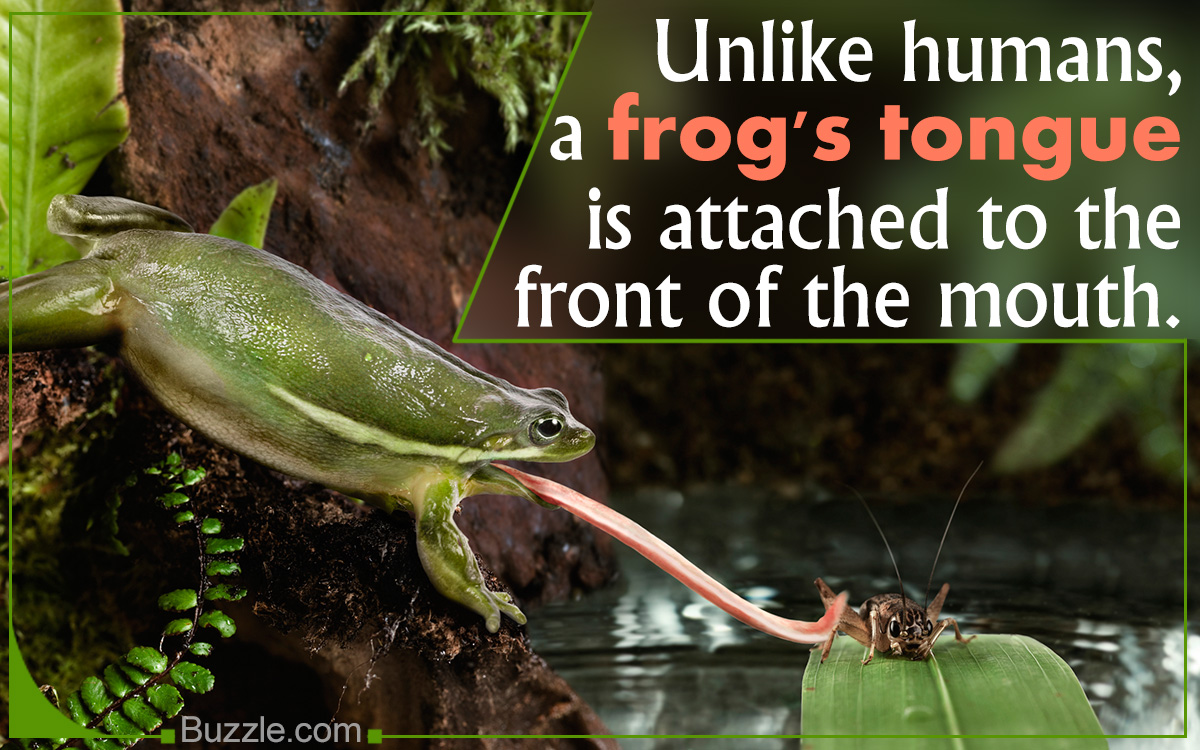 Whether frogs are herbivores or carnivores, is a question which can be a bit confusing as tadpoles only feed on algae and adult frogs only eat insects and small invertebrates – at least, most of them. 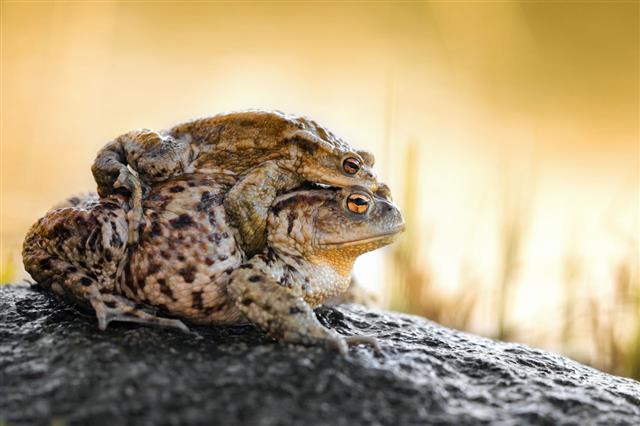 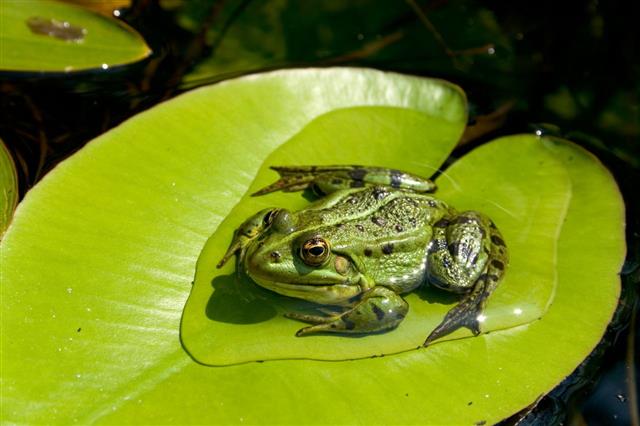 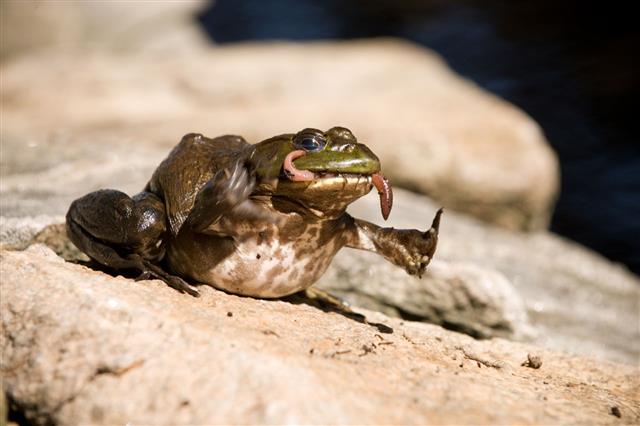 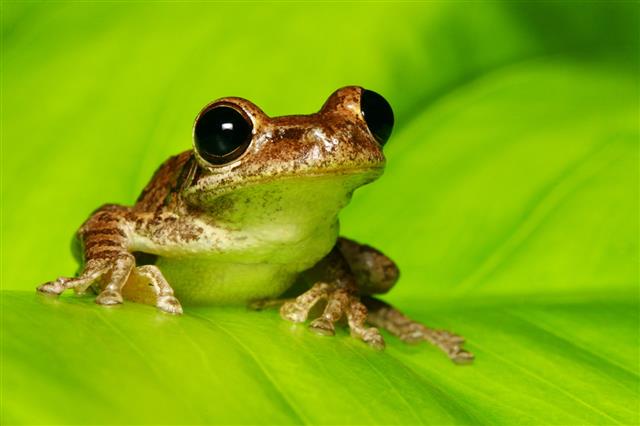 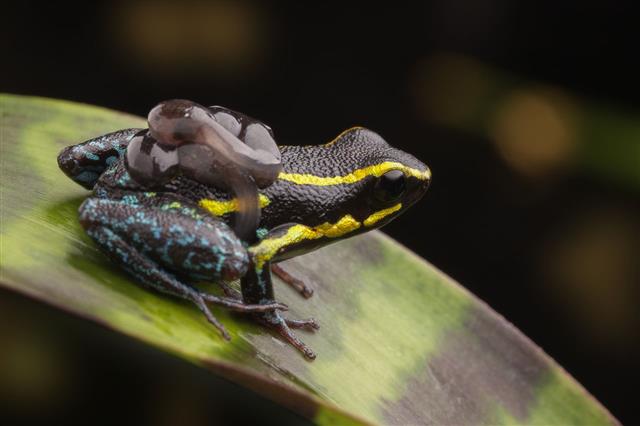 Frogs come in different sizes, with the smallest species measuring mere 7.7 mm and the largest measuring an impressive 13 in. That being said, it isn’t surprising that the size of these amphibians has a crucial role in determining what they eat. While Paedophryne amauensis, the smallest of the lot, feeds on small invertebrates, the Goliath frog, the largest species, goes to the extent of feeding on the young ones of reptiles.

Frogs undergo the process of metamorphosis during their lifetime; and as a frog turns from tadpole to a mature frog, its diet changes from herbivorous to carnivorous or omnivorous. Tadpoles are basically herbivores who survive by eating algae. As they transform into adult frogs, they develop limbs, and gradually their gills are replaced by lungs. Along with these physical changes, their digestive system which is suitable for a herbivorous diet also undergoes a change; and they start feeding on a range of organisms, right from insects to reptiles.

Baby frogs, known as tadpoles, eat pond plants, algae, etc., from the water source in which they are born. As they grow, they turn into carnivorous species feeding primarily on insects, as well as microbes and other smaller organisms found in water. When they are fully developed, they emerge out of the water, and therefore their food options get multiplied with several insect species in their native habitat. One species though, continues to feed on fruits even as a mature frog. The lone fruit eating frog in the world, Xenohyla truncata jumps at the fruit hanging from a tree with its mouth wide open and feeds on it.

Insects form a major chunk of the diet for frogs. Most of the frog species have a long sticky tongue which they use to grab a flying insect and eat it. Before you can say, ‘get, set, go’, the frog must have caught the fly, rolled back its tongue, and gobbled it. Adult frogs hunt for live prey, and eat insects, snails, spiders, worms and small fish. Size comes as a definite advantage with considerably large species hunting small reptiles and invertebrates with immense ease. Species like the Goliath frog, for instance, are known to feed on young ones of snakes as well.

Frogs have to swallow their meal whole as they don’t have teeth to chew. They use their sticky tongue to catch a prey and hold it with their upper jaw. The most interesting part of the process is the way they swallow their food. They use their eyes to help swallow! Yes, notice a frog when it swallows food. You will find their eyeballs sink into the socket and pop right back up when it swallows. This makes it appear as if they are blinking when actually they are trying to eat their food.

Hibernation: Frogs eat more in summer and spring and less in winter. In fact, those frog species which hibernate do not eat anything at all in winter. Frogs are cold-blooded animals and as the temperature drops, their breathing gradually slows down. At about 10ºC they undergo a deep sleep, which as we all know is termed as hibernation. They burrow themselves in the soil, under a log or go deep into a pond. Some species of frogs, like Rana sylvatica, freeze in winter, only to revive themselves with spring.

As pets: Frogs make good pets as they are not fussy about their diet. The green tree frogs, for instance, are known to survive for about 2½ days without food. These frogs are quite popular as pets not just in the United States, but in different parts of the world. If you intend to keep them as pets, you can use crickets, fruit flies, houseflies, moths and other small insects to feed them.

At times, these predators themselves become the prey with crows, gulls, stoats, weasels, badgers and otters feeding on them. Even snakes and other reptiles are known to hunt frogs and toads. The tadpoles and baby frogs are eaten by birds, fish, beetles and dragonfly larvae. In extreme cases, baby frogs and large tadpoles resort to cannibalism and feed on small tadpoles. More importantly, certain species of frogs are considered delicacies in many cultures.

Frogs need to keep their skin moist, and therefore they prefer to wet places like ponds, lakes, marsh lands, etc. (Some species lay their eggs under moist conditions as they are prone to drying.) Due to global warming, the moist areas are drying up and frogs are losing their natural habitat. Excessive deforestation and water pollution are also adding to their woes, and around ⅓ of the total species are considered threatened as of today. If this continues, we will see quite a few frog species being added to the list of extinct animals over the next couple of years – and that, in turn, is bound to trigger a domino effect on the other species in the ecosystem.

To sum it up, here is a nursery rhyme which you must have heard your little one sing…

Croak!” said the toad,
“I’m hungry, I think;
Today I’ve had nothing
To eat or to drink.

I’ll crawl to a garden
And jump through the pales,
And there I’ll dine nicely
On slugs and on snails.”

“Ho, ho!” quoth the frog,
“Is that what you mean?
Then I’ll hop away to
The next meadow stream;

There I will drink, and
Eat worms and slugs too,
And then I shall have a
Good dinner like you.” 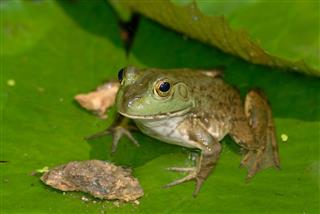 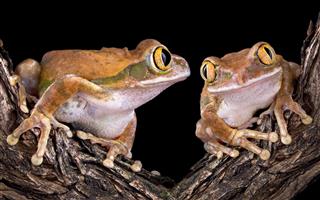 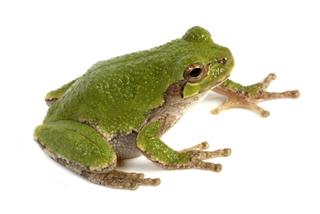