African lions are one of the biggest cats in the world. To ensure survival, their body has been going through several changes to fight difficult situations and emerge as a winner.

You are here: Home / Uncategorized / Amazing Physical and Behavioral Adaptations of African Lions

African lions are one of the biggest cats in the world. To ensure survival, their body has been going through several changes to fight difficult situations and emerge as a winner. 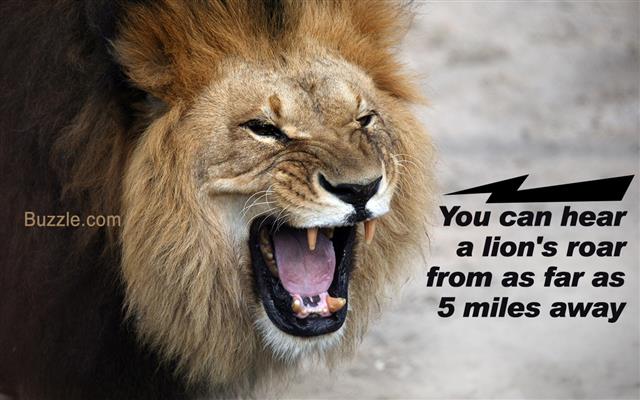 African lions are the largest carnivorous animals found in Africa. They belong to the family of cats and are the largest ones in the group. Their body is around 1.4-2 m long, with a 67-100 cm long tail. They are mammals who live in groups known as prides and are the only cats to display sexual dimorphism i.e., males and females can be easily distinguished by physical appearance and behavior.

Every animal has to adapt itself physically and behaviorally to survive in a particular environment. African lions have also struggled for several years to develop adaptations that have helped them to survive in the long run. African lion adaptations can be divided into two categories; physical and behavioral. Structural modifications in the body fall under physical category, while reactions of the animal in response to an external stimuli come under behavioral category. So let’s have a look at the adaptations these wild African cats have developed to live on, in the savannas.

Large and sharp claws is one of the best adaptations of African lions. They use their sharp claws to catch hold of their prey and tear meat from the prey’s body, after it has been killed. Sharp claws are also used for defense and to display strength to other animals. Claws also provide the required grip to lions so that they can easily gain speed while running.

The most visible and striking adaptation is sharp teeth. Like other carnivores, lions also rely on meat to meet their dietary requirements. Dull teeth are not capable for providing the grip to tear and chew meat, that is why, lions have sharp teeth so that they do not have any problem in eating food. Another use of sharp teeth is defense. In case of a fight, teeth help them to defend and survive.

Whiskers act as feelers and allows the animal to sense its surroundings, and find its way out through tight spots. When a lion is on hunt, these whiskers help it to sense the prey. These also help in sensing whether it can fit into a particular area or not.

African lions have tan-colored fur on their body. This fur color is an adaptation to meet certain requirements. The tan color helps it to blend with the surrounding color which prevents its camouflage. If the color of the fur was different, then it would have been difficult for lions to survive in grasslands.

This is an adaptation lions have developed to communicate within their group. They hum when content and puff when they approach each other with good intentions. Grunting is a sound they produce to keep in touch when they are moving from one area to the other. Females roar to protect their cubs from other animals or when they call other females to help fight the intruders off. Males roar to specify their location, display their strength, and signal other animals to stay away from the pride.

This species of lions is nocturnal and prefer to hunt in the darkness of the night. They often hunt for food in groups and females do all the hunting. The strength of the group is generally determined by the amount of food the pride has. Another reason for hunting during the night is that lions get tired very quickly due to their muscular body. That is why they spend nearly 20 hours of a day resting. Hunting at night provides them relief from heat during the day.

Mothers take care of the cubs and keep them hidden from other animals for about eight weeks. Nursing mothers form groups, and take care of other cubs as well in their mother’s absence. In tough situations, when the pride does not have enough food, mothers abandon their cubs and move ahead. This is done so that females remain within the pride and can again give birth to young ones at times when the pride has enough food for all its members.

Like human beings, these lions teach their young ones ways to live and survive. By the time a cub is three months old, the mother teaches it ways to hunt for food. The young cub observes adult members of the family and learns to look for and hunt its prey. Cubs become experts in hunting only after they are 2-3 years old. The male cubs are forced to move out of the pride after 2 years, and find a new pride for themselves. Females stay in the group to have their own cubs in the future.

African lion facts reveal that their population has reduced by 30% due to killing. It is feared to reduce further due to extreme climatic changes to which the species have not yet adapted with. However, the adaptations mentioned above have helped them to fight difficult situations in the past and survive in the land of savannas. 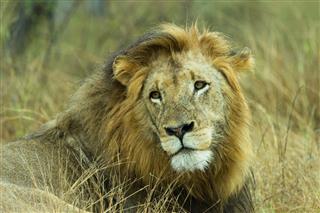 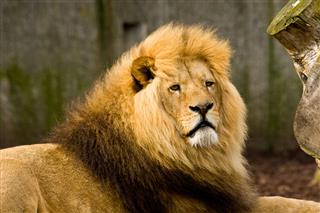 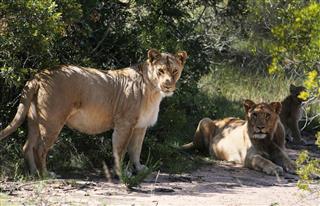 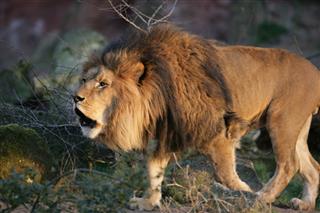 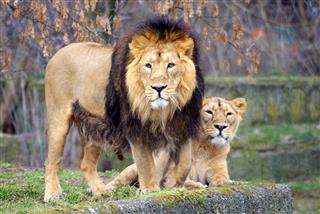 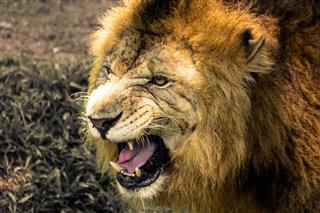 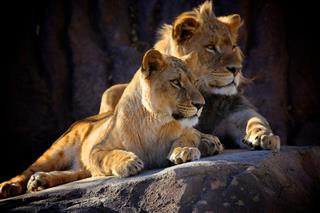 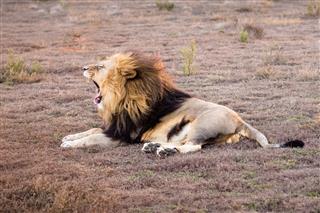 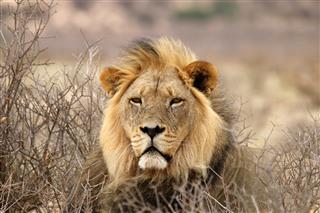 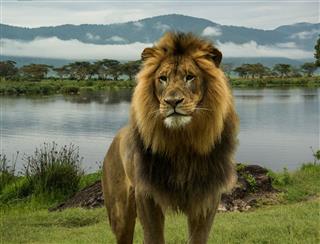 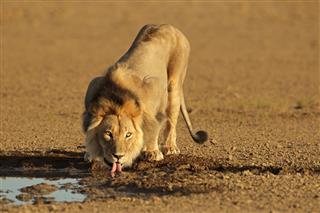 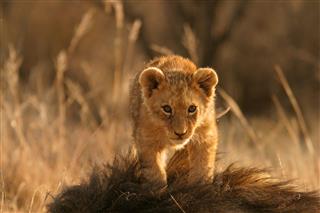 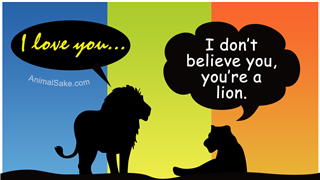