Difference Between Centipedes and Millipedes

You are here: Home / Uncategorized / Difference Between Centipedes and Millipedes 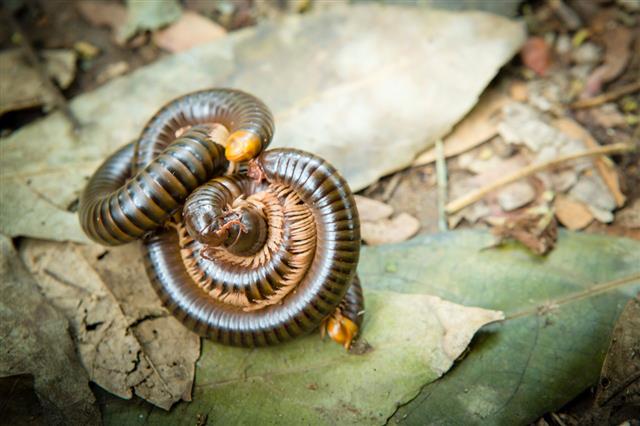 Centipedes and millipedes belong to the phylum Arthropoda and subphylum Myriapoda. As members of the phylum Arthropoda, which is the largest phylum of invertebrates, they have jointed legs and a segmented body that is covered by an exoskeleton. While a large number of species under this phylum are insects (they belong to the subphylum Insecta), there are three more subphylums of organisms that come under phylum Arthropoda: Arachnida (spiders, mites, ticks and scorpions), Crustacea (crabs, lobsters, shrimps, etc.) and Myriapoda (centipedes and millipedes). As they belong to the same subphylum, centipedes and millipedes have a lot in common and this makes it difficult for us to distinguish between them. However, because of the fact that they belong to different classes, they are also different in many aspects. But to be able to tell the difference between millipedes and centipedes, you need to know how they are different, in the first place.

This was just a brief look at the major differences between centipedes and millipedes. However, there are several facts about centipedes and millipedes that show the similarity between these organisms, both of which belong to the family of arthropods. So, the next time you spot a wriggly creature that you think might be a millipede or a centipede, just consider the points we discussed. After all, identifying these organisms isn’t supposed to be that difficult, is it?