Although the word 'Millipede' means 'thousand feet', these creatures have around hundred feet. They have legs on nearly all the segments of the body, except the head. This article presents some interesting facts about millipedes. Scroll down...

You are here: Home / Uncategorized / Wonderfully Amusing Facts About Millipedes 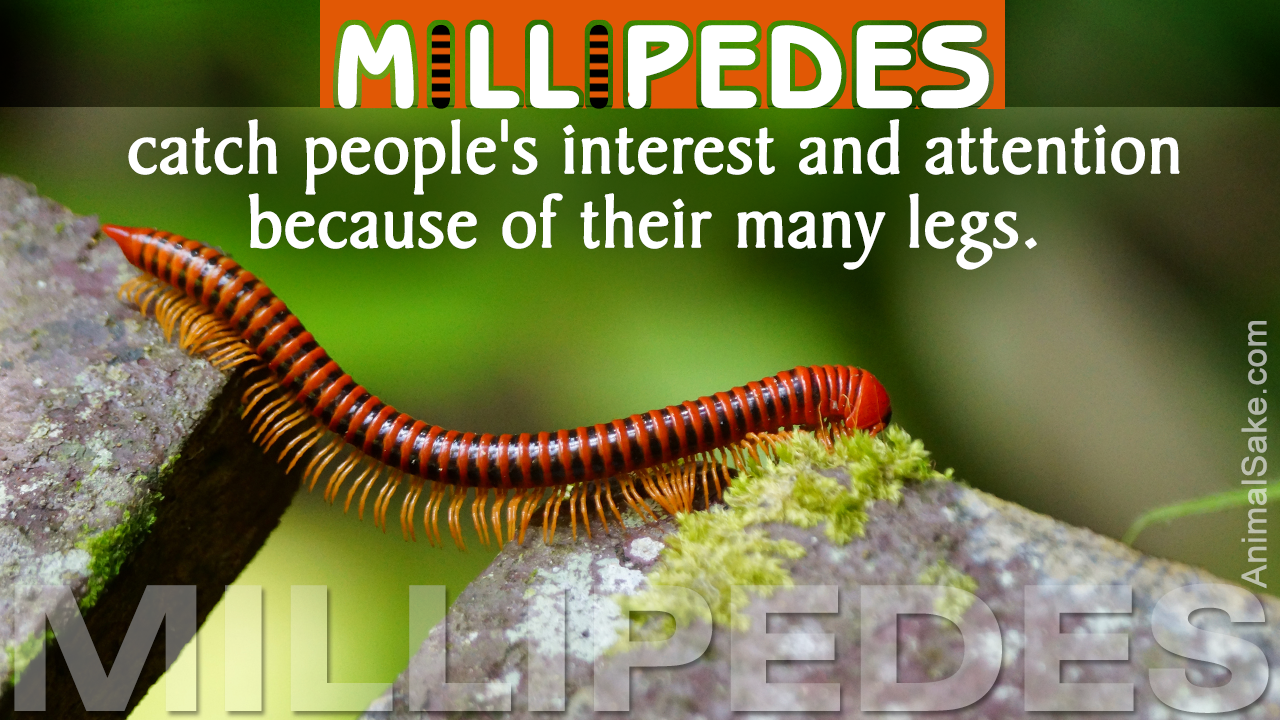 Although the word ‘Millipede’ means ‘thousand feet’, these creatures have around hundred feet. They have legs on nearly all the segments of the body, except the head. This article presents some interesting facts about millipedes. Scroll down… 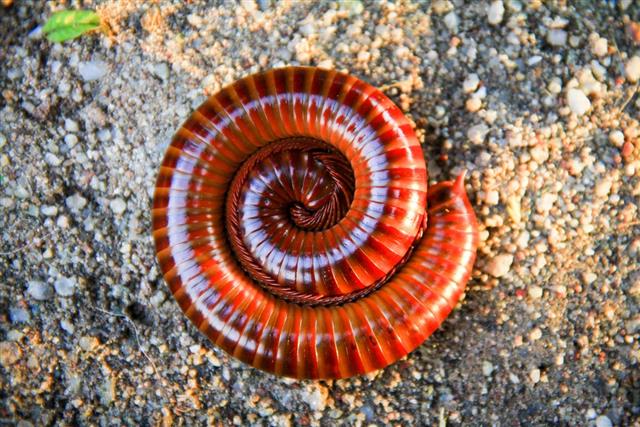 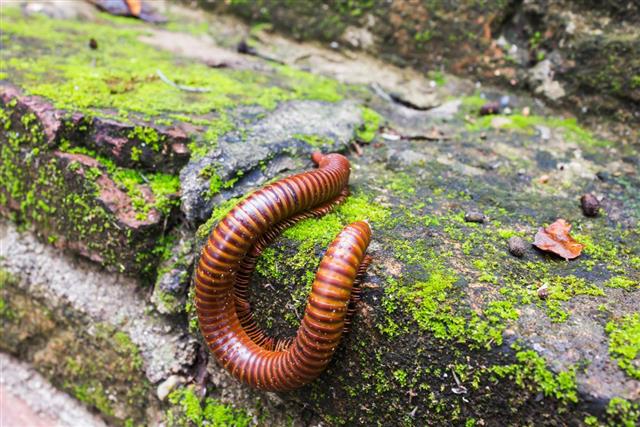 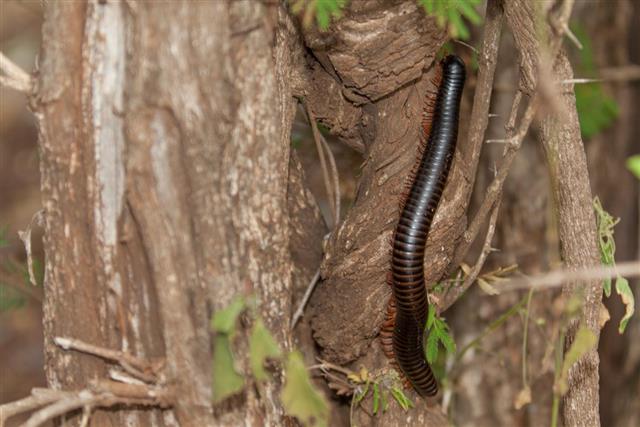 A millipede is one of the most interesting creatures. It gets its name from two Latin words mille (meaning thousand) and pes (meaning foot). Millipedes catch people’s interest and attention due to their numerous legs. The scientific name of this animal is Diplopoda.

► If you think that this is a rare animal, you need to think again. Do you know that around 10,000 species of millipedes are known to man?

► ‘Hundreds of legs’ is the most recognizable feature of millipedes. They have 150-400 legs.

► They are arthropods, i.e., they have an exoskeleton and have a segmented body. They are invertebrates. They can grow from 1 inch to 11 inches in length.

► The giant African millipede (Archispirostreptus gigas) can grow up to 15 inches in length. It is also known as ‘jungle train’ or ‘chongololo’.

► Studies show that these animals have a very poor eyesight. Some species do not have eyesight at all. Millipedes have special sensory organs known as tomosvary organs on their heads.

► They are cylindrical in shape and can be reddish, brown, black or tan-colored. They have a rounded head. If you see a millipede dorsoventrally, it appears flattened.

► One of the amazing millipede facts for kids is that although this animal has hundreds of feet, it walks very slowly. Many legs slow down its speed, as it moves several legs at a time while walking. It moves in a wave-like motion.

► The diet of a millipede mainly consists of damp plants. They also feed of decaying wood. They are omnivorous and are considered as natural recyclers, as they eat all dead and decaying matter. They are found under rocks, in rotting logs and leaf litter. They are sometimes found in burrows.

► Certain species of millipedes are found to destroy crops and plants. Therefore, these animals are killed or driven out of gardens and homes.

► These animals reach the age of sexual maturity in 2 years. They lay eggs in the ground to protect them from predators. Female millipedes lay about ten to three hundred eggs at a time. Certain species lay about 1000 eggs at a time.

► Birds, insects, badgers, scorpions, toads, foxes and small rodents like rats eat millipedes. The defense mechanism of a millipede is very interesting. They curl themselves into balls when they feel or predict danger. This way they protect themselves from several animals and insects.

► As they lack speed and ability to bite, they need to protect themselves in a different way. Certain species of millipedes emit poisonous liquid substance or hydrogen cyanide gas through the microscopic pores that are present along the sides of their bodies, as another way of defense.

► Capuchin monkeys deliberately irritate millipedes, so that they get the poisonous chemicals sprayed on themselves. These chemicals help repel mosquitoes.

► Millipedes can only survive in the environment that contains high amounts of moisture (that is damp). Therefore even if they enter homes they die within 1-2 days.

► If you wish to know whether millipedes are dangerous to human or not, then, they are not. They do not bite humans, neither they are poisonous.

► Giant African millipedes are the most endangered animals among all the species of millipedes. These giant creatures are kept as pets by many people. They are slow to move and hence are easy to handle as pets.

► Millipedes are not known as attacking creatures. You can keep more than one millipede as a pet in a single aquarium. The life span of an ordinary and a giant millipede is 8-10 years.

If the aforementioned facts have inspired you to buy a millipede as pet, you need to first have a proper arrangement for it. You should read about their habits and how they are fed. If proper care is taken, a millipede can be a good pet. 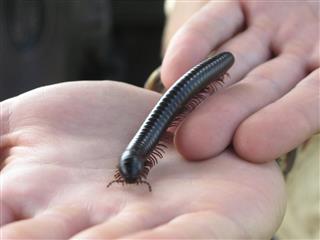 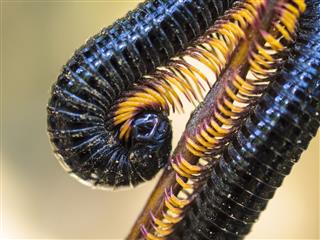 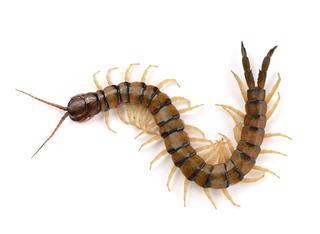 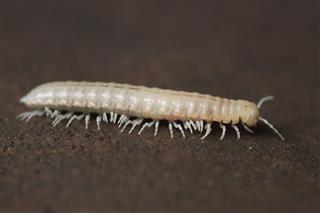 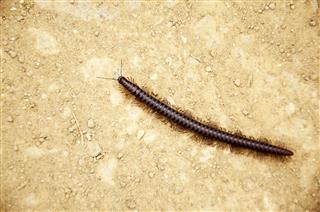