Are Daddy Longlegs Poisonous? You’d Be Beyond Surprised to Know

It is a common belief that daddy longlegs are venomous. But, did you know that these are three kinds of creatures under different orders of kingdom Animalia? This article will shatter all the myths and help you know more about this common question on daddy longlegs.

You are here: Home / Uncategorized / Are Daddy Longlegs Poisonous? You’d Be Beyond Surprised to Know

It is a common belief that daddy longlegs are venomous. But, did you know that these are three kinds of creatures under different orders of kingdom Animalia? This article will shatter all the myths and help you know more about this common question on daddy longlegs.

” Daddy longlegs are extremely poisonous. But, their mouths are small and fangs too short to penetrate the human skin.“

The above statement is the most common answer to the question whether daddy longlegs are poisonous or not. This is an urban myth that these simple ‘critters’ are poisonous. Let me give you the real picture. Do you know that there are three types of creatures that are commonly known as daddy longlegs. These creatures are different from each other, and they are members of the insect family. 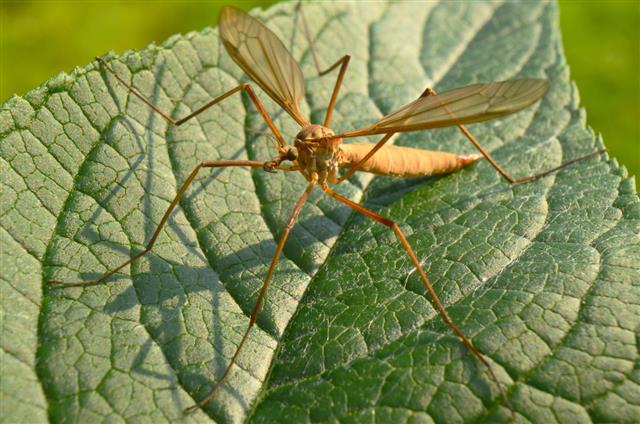 ☞ These are arachnids and are commonly known as ‘harvestmen’ in America. This conspicuous spider that is found lurking in many backyards isn’t a spider actually. It is related to scorpions, ticks, dust mites, centipedes, and millipedes.

☞ These daddy longlegs have no venom glands or sacs, and thus, it is just an urban myth that these creatures have the most dangerous venom in the animal kingdom. The longlegs of these ‘harvestmen’ have sensory organs on them.

☞ There are thousands of tiny sense organs inside the microscopic slits on the legs of these ‘harvestmen’. The second pair of legs also double up as ears, nose, tongue, and even supplementary eyes.

☞ It takes about 20 minutes to completely drag its feet out. The sexes can be easily distinguished by observing the body size. The females have larger bodies and short legs and the males are the short-bodied, long-legged ones. Till date, these ‘harvestmen’ have never harmed anyone. 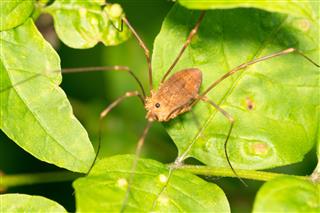 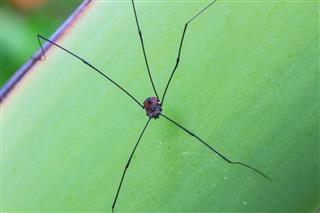 These belong to another group of arachnids under the family ‘Pholcidae’. These spiders are known as cellar spiders and commonly referred as daddy longlegs, especially in Australia. It is this spider that possesses fangs or chelicerae that are too weak and small to penetrate the human skin. These daddy longlegs have short fang structures known as uncate fang structures. Their venom is not toxic to humans and cannot cause any damage to the human bitten. It is seen that the fangs are around 0.25 mm thick and the human skin is around 0.5 to 4 mm thick. Thus, the fangs can only penetrate the human skin to a very small extent and cause a very short-lived, mild irritation on the skin. Alan Van Dyke has proved in his research studies of daddy longlegs spiders that the venom is weak even on insects as well. This common spider in Australia feeds on insects and other spiders. 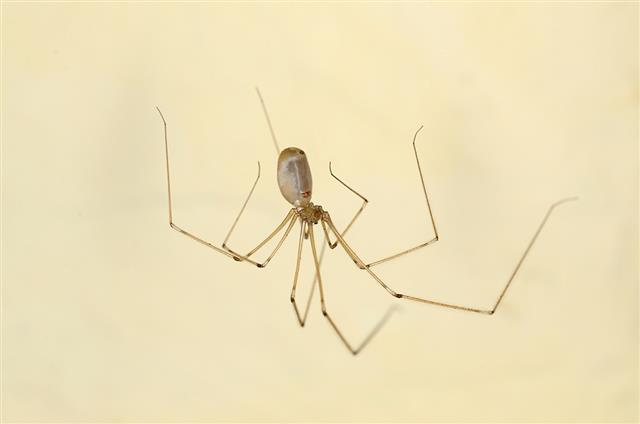 There is no scientific evidence that the crane flies and the harvestmen have any poisonous or venomous glands. The daddy longleg spiders have been scientifically proven to be harmless on humans. So, the next time you happen to see a daddy longleg, have no fear for it will cause no harm.