Are Polar Bears Endangered? The Truth Will Leave You in Shock

Polar bear population was believed to be endangered, especially due to global warming and melting of sea ice. However, recent study shows polar bear numbers have risen. So what does this mean? Are polar bears endangered or not? The crux of the matter is that different claims are made based on scores of assumptions. All these studies are approximations and further detailed studies are yet to be conducted.

You are here: Home / Uncategorized / Are Polar Bears Endangered? The Truth Will Leave You in Shock

Polar bear population was believed to be endangered, especially due to global warming and melting of sea ice. However, recent study shows polar bear numbers have risen. So what does this mean? Are polar bears endangered or not? The crux of the matter is that different claims are made based on scores of assumptions. All these studies are approximations and further detailed studies are yet to be conducted. 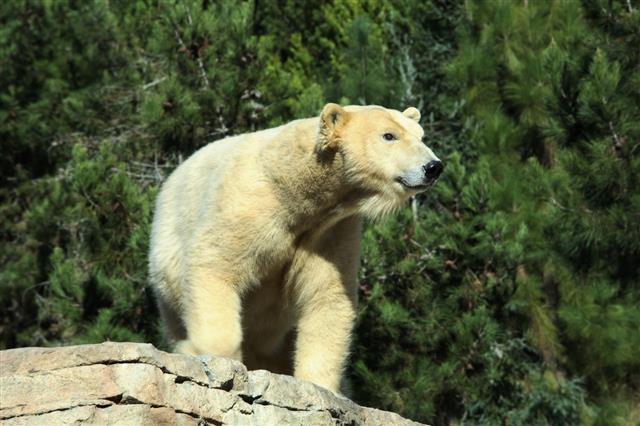 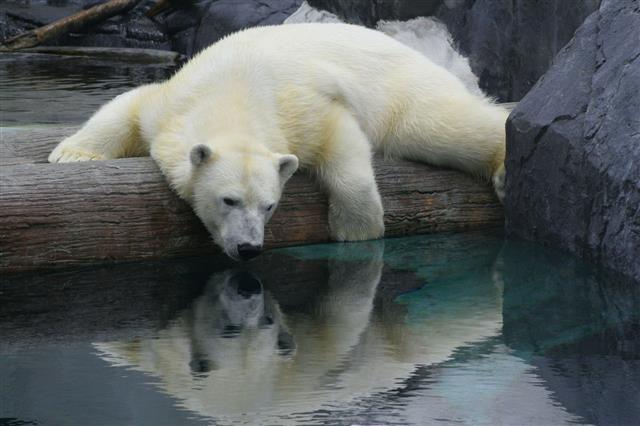 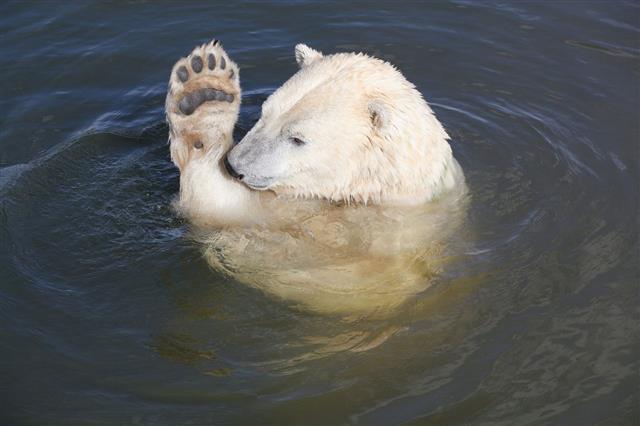 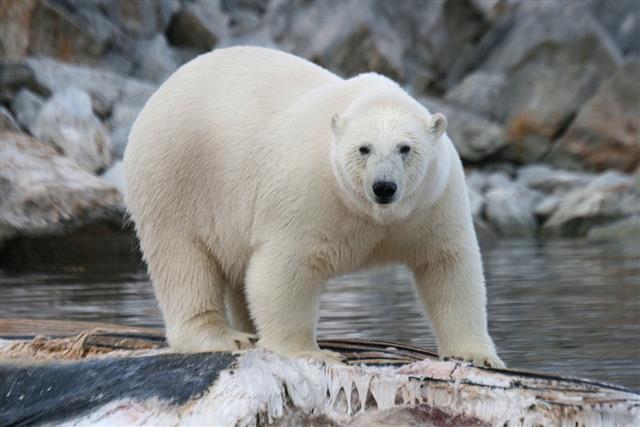 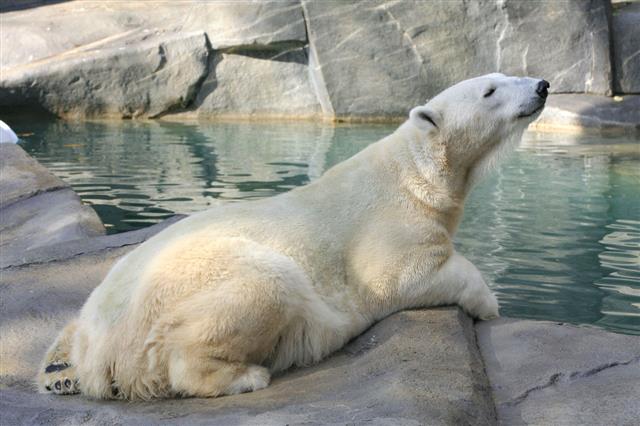 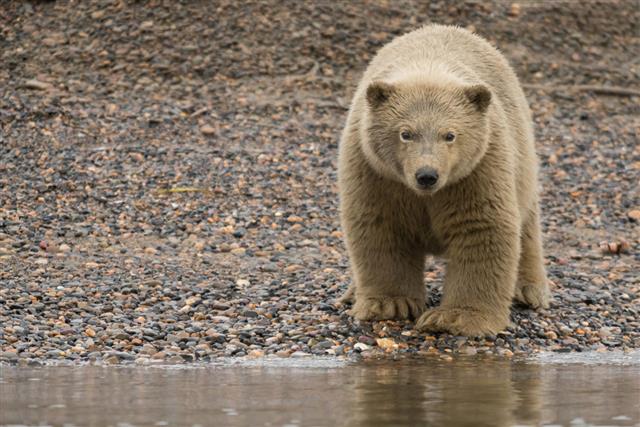 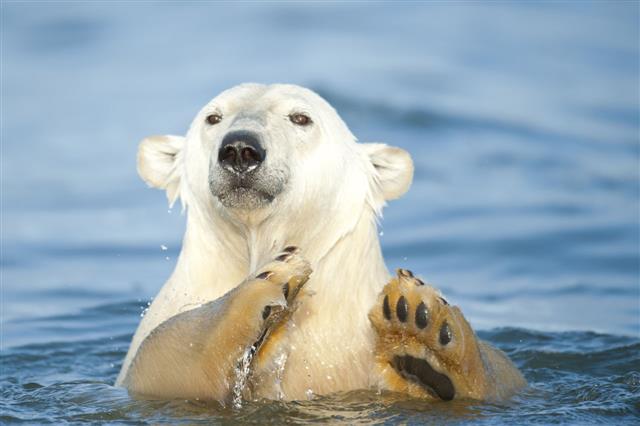 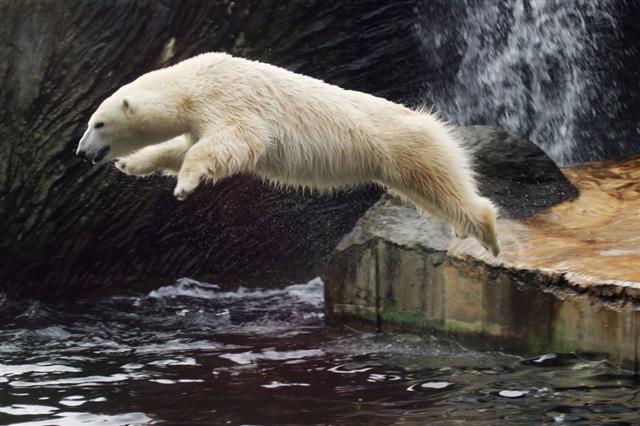 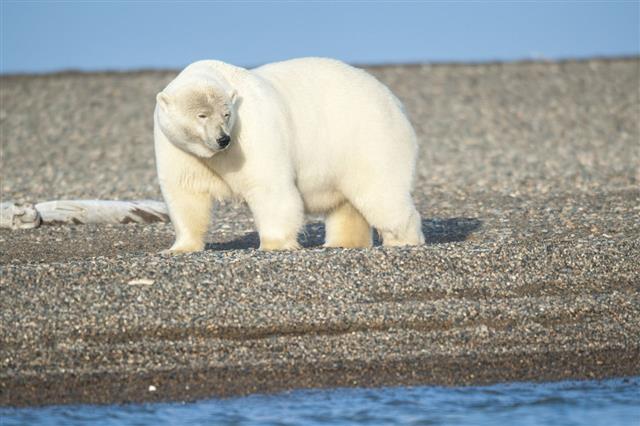 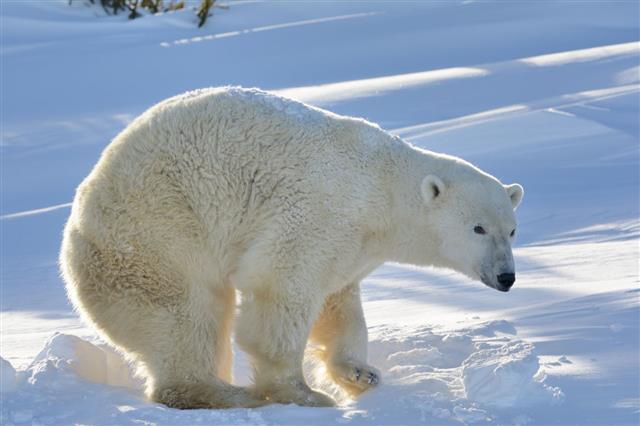 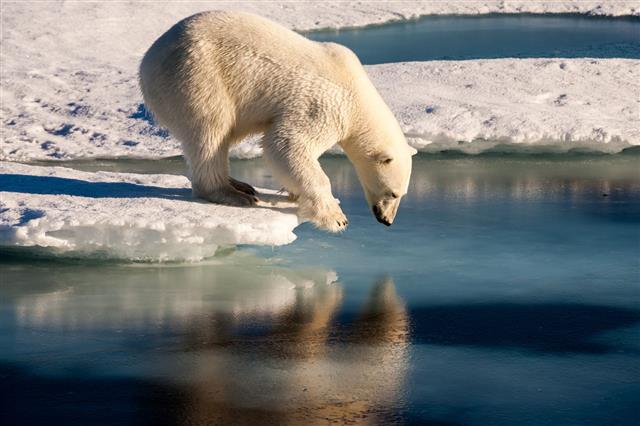 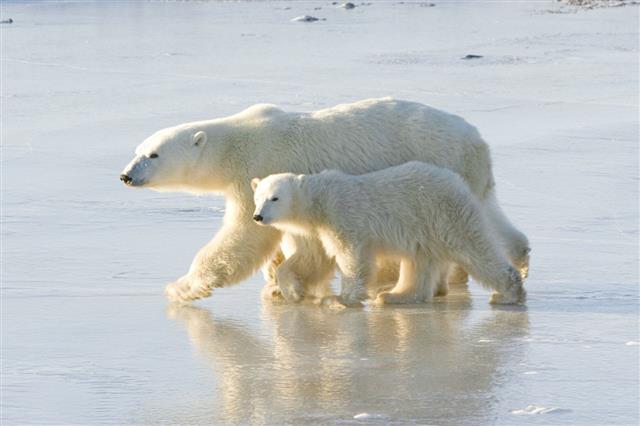 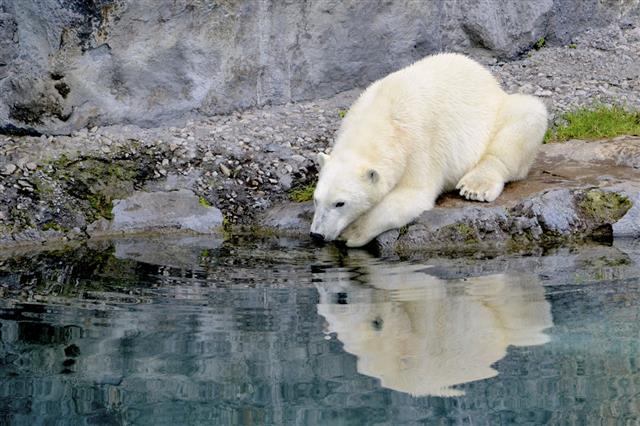 Polar bears (Ursus maritimus), the largest land carnivores are found only in the north pole (arctic region). These cold weather predators spend most of their life on sea ice, with the help of various adaptive features.

According to the International Union for Conservation of Nature (IUCN), only 20,000 to 25,000 polars exist in the world today, of which 60% exist in North Canada itself.

The IUCN listed polar bears as ‘Vulnerable’ from ‘least concern’ in 2006, based on the prediction that the global polar bear population will drastically drop beyond 30% over the next four to five decades.

Polar bears are found in the arctic region in countries like Canada, Alaska (United States), Norway, Russia and Greenland (Denmark). Apart from the global status of IUCN, each country has its own status for polar bears.

Countries and the Status Of Endangerment Of Polar Bears

When did the concern for polar bears begin?

It was in the 1960s that the first time an international scientific meeting on the polar bear was held. This meeting was attended by representatives from five countries; the ones that house polar bears, namely: Canada, United States, Greenland (Denmark), Norway and Russia.

Since then the effort to conserve polar bear population actually began. In 1973, the five polar bear countries even signed the International Agreement on the Conservation of Polar Bears and their Habitat, to regulate commercial hunting. Years later, a scientific research paper, published in the 2006 issue of the journal Polar Biology, by biologist Charles Monnett and Jeffrey Gleason (contributor), reported the death of four polar bears. The dead polar bears were found floating on the sea.

Monnett deduced that the bears had drowned due to exhaustion after swimming for long hours. According to him, global warming had caused the arctic ice to melt, thereby increasing the distance between blocks of sea ice.

The increased distance meant that polar bears had to swim for extended periods of time, beyond their capacity. This led to their death. The paper spearheaded a lot of concern and resulted in the listing of polar bears as protected species under the Endangered Species Act. However, the Inuits argued against it.

There is such a lot of debate between the researchers and Inuits, about whether polar bears are actually endangered or not. While one party says their numbers are rising and there is no connection between polar bear population and global warming, the other says the melting ice is paving the path for their extinction.

The Inuits kept defending their stand by saying they have reports from hunters who have seen scores of bears. But scientists kept proclaiming that the melting of sea ice was leading to the depletion of polar bear population levels. However, according to Nunavut government study (8000 km, aerial survey) of 2010, polar bears are not in any crisis as they have been believed to be.

This means despite rising temperatures and melting ice, polar bears still have been able to hunt, swim and reproduce. Drikus Gissing, director of wildlife with the Government of Nunavut says, “the bear population is not in crisis as people believed”. He also goes on to say, “If I could convey one message here, it’s that polar bears are not endangered”.

Now, we have to take into consideration the survey, taken in the month of August, which is a time when ice seasonally disappears from Hudson Bay. Moreover, this Bay is believed to house some of the most threatened bear subpopulations, which is why it is called the bellwether for all other subpopulations.

So if the numbers are high, even when there is no sea ice in the Hudson, it can be deduced that polar bear numbers are not being affected by global warming. This itself debunks the claims made by scientists, that polar bears cannot survive without sea ice.

Moreover, a recent report published by Human Events, investigators from Interior Department of the United States, states that the report published in 2006, which became the foundation for argument regarding polar bears’ vulnerability was based on only the deaths of four polar bears. However, they had no data to ascertain the polar bears had died drowning.

Assuming the bears had drowned due to lack of sea ice and global warming, they published their findings. These baseless assumptions have spearheaded the whole misconception about polar bears heading the road of extinction. Lots of other loopholes have also been found with regards to the data published in 2006.

The government of Nunavut rejoices over the fact that their polar bears are not endangered and also about how their Inuits have once again proved to be right. However, the release of this survey has intensified the debate between scientists and Inuits.

When questioned by the special agents from the Interior Department, Jeffrey Gleason states that their paper had no mention of polar bears being affected by global warming, and that if the link was made, it was all a misunderstanding. However, he does admit of being aware that it was based on their paper, that polar bears were placed under the Endangered Species Act. 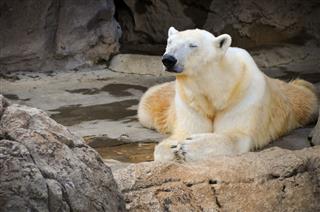 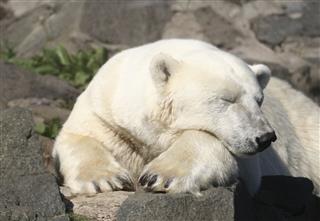 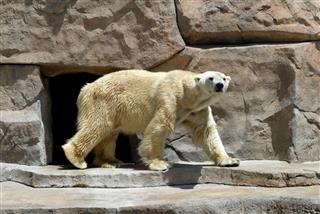 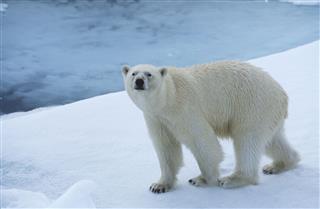 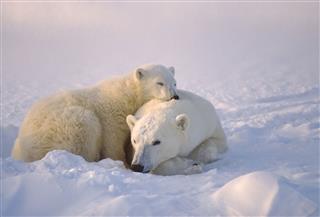 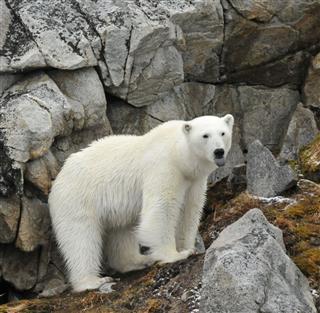 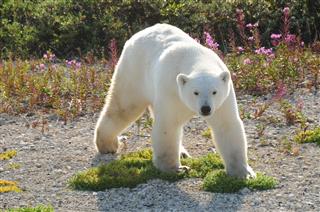 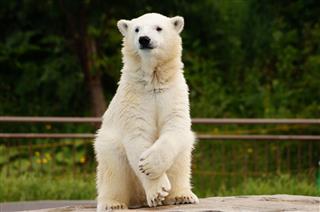 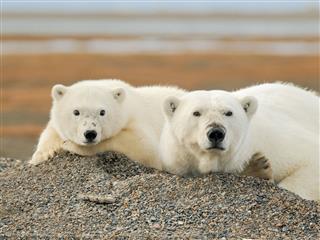 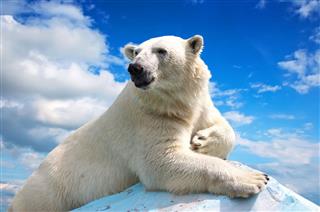 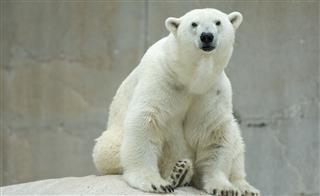 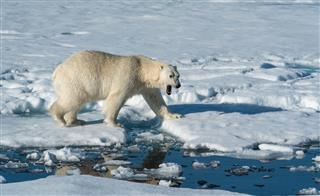 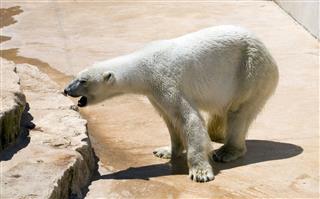 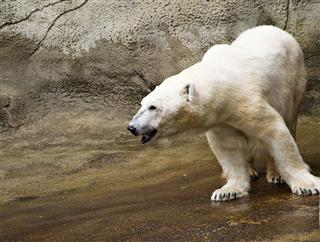 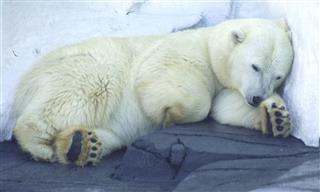 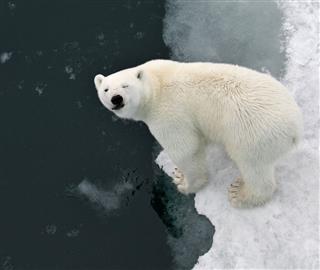 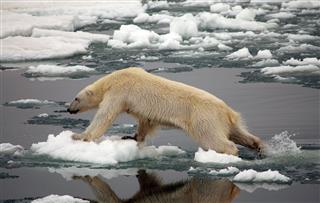