Jellyfish are the most abundant denizens of marine waters. They are found in oceans across the planet, from the coldest freezing waters of the Arctic oceans, to the warm, temperate waters of the tropical oceans.

You are here: Home / Uncategorized / Jellyfish Facts You’re 100% Going to Want to Read

Jellyfish are the most abundant denizens of marine waters. They are found in oceans across the planet, from the coldest freezing waters of the Arctic oceans, to the warm, temperate waters of the tropical oceans. 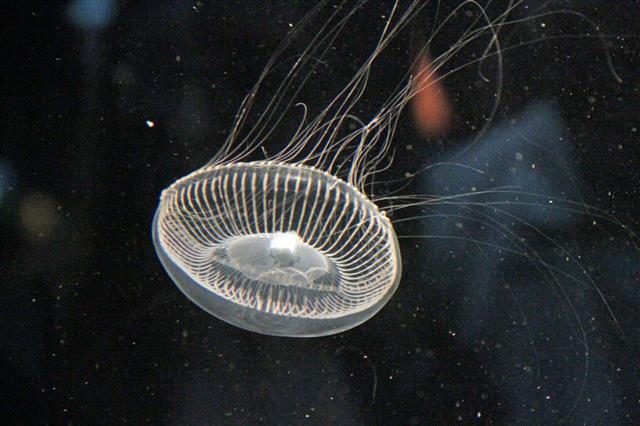 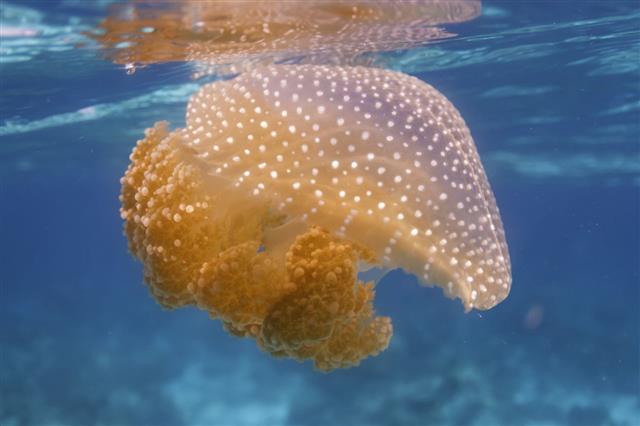 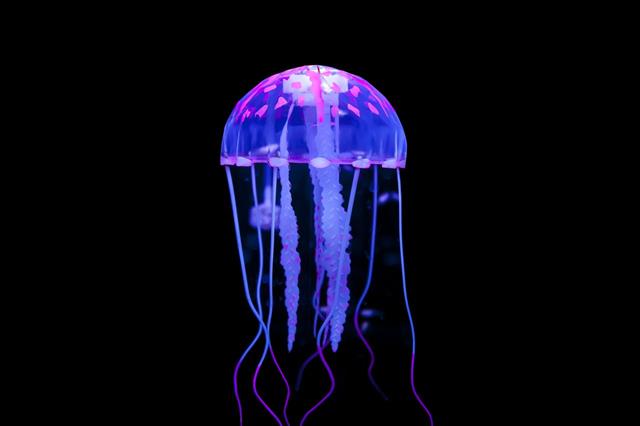 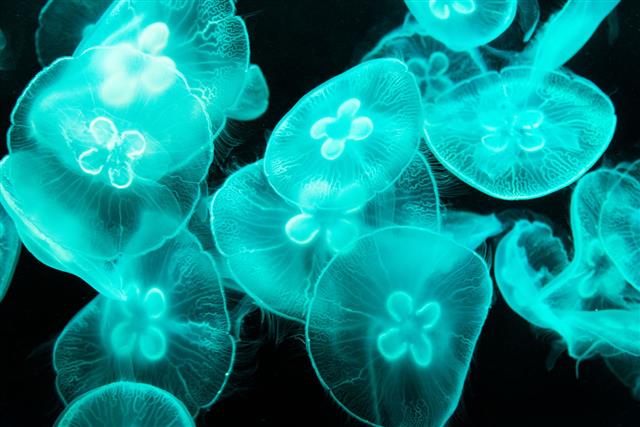 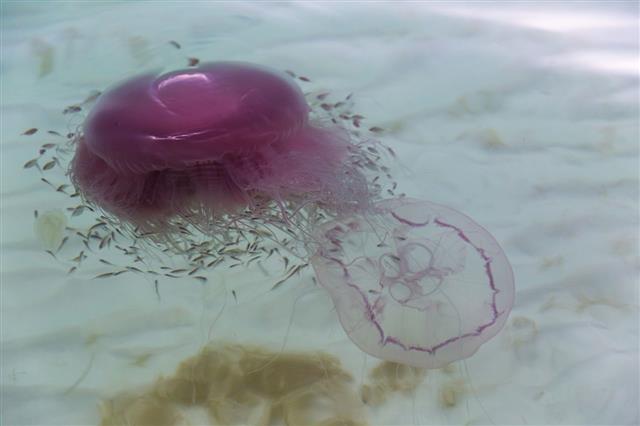 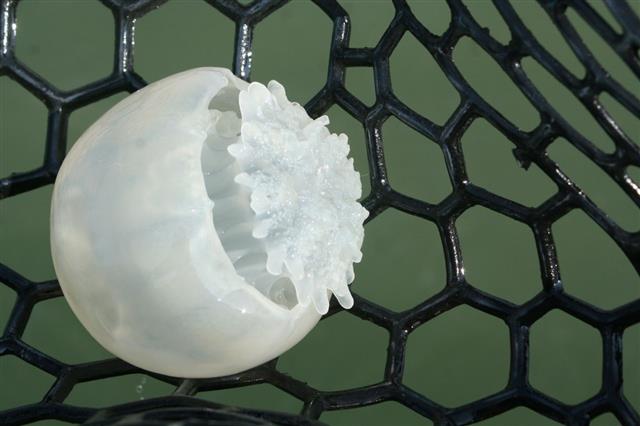 Jellyfish are among the most intimidating and intriguing creatures of the marine world. They are found across the oceans of the globe, and exist in different water conditions; at different depths from the ocean floor to the surface. Over 2000 species of jellyfish have been identified till date. However, it is believed that as man continues to explore the depths of the ocean, many more species will be encountered. These curious creatures of the sea, appear as jelly-like, shapeless, blobs on land, but in water, they are extremely dangerous, graceful and elusive. Let’s learn more about them.

Jellyfish are an Ancient Species

Jellyfish have been existing for over 500 million years, and happen to be the oldest living creatures on the planet. They have existed before dinosaurs and sharks, and have even survived longer than the dinosaurs. Jellyfish, along with the sea whip, coral and sea anemone, belong to phylum Cnidaria.

Moreover, jellyfish are not fish, thus, it is appropriate to term them as ‘sea jellies’, or more broadly, ‘zooplankton’. They are also known as ‘medusae’, due to their semblance to the snake-haired gorgon, Medusa from Greek mythology.

No Blood or Brain

An interesting fact about jellyfish, is that they have no blood, brain, nervous or respiratory system. They possess a neural net (for stimuli detection) and eye spots, capable of differentiating light from darkness. The box jellyfish is an exception, which possesses extraordinary eyes with sophisticated lens, cornea, iris and retina. However, scientists are unable to ascertain the process of visualization in box jellyfish.

Chemosensory pits help them identify food and prey. It’s intriguing how these jellyfish track their food; find their way through the waters and protect themselves, all without a brain!

The body of a jellyfish lacks skeletal structure and comprises a gelatinous substance, which is 95% water. If jellyfish is 95% water, then only 5% of the jellyfish corresponds to solid matter. They comprise a bell-shaped body, which is made up of three layers; the outer epidermis, inner gastrodermis and middle mesoglea.

Fringe-like protrusions found attached to the circumference of the bell, are called tentacles. They also possess 4-8 oral arms coming out from the central portion of the bell.

Since they comprise mostly water, these sea creatures are extremely delicate and perish when exposed to sunlight. This is because jellyfish require water to support their body structure and once taken out of water, they collapse and drop dead.

Some types of jellyfish, for example, the box jellyfish swims to the bottom of the ocean, during the day and resurfaces only when the sun goes down. Rough handling can also kill them. Thus, aquatic surroundings are vital for jellyfish. Lack of water in their surroundings causes them to collapse and die.

Jellyfish have tentacles with myriads of nematocysts (capsule-like apparatus), which are filled with toxins and possess sensitive hair-like structures, that detect presence of prey. Once the prey is detected, the tentacles release toxins, which then paralyze the prey. Besides using tentacles to catch the prey, jellyfish also use these tentacles for self defense.

Jellyfish exhibit a perfectly symmetrical body, wherein the body parts radiate from the central axis. This perfect symmetry not only enables the jellyfish to detect food from all sides, but also helps it respond to danger from every direction.

Same Opening for Ingestion and Excretion

Jellyfish have one opening inside their bell-shaped body, situated somewhat in between the gonads, which acts as the mouth opening while feeding, and acts as the anus while excreting. They feed on sea creatures like crustaceans, larvae, small fish and other zooplanktons.

They trap different marine organisms with their tentacles while floating in water. The nasty sting from the tentacles renders the prey paralyzed or dead. Moreover, they digest their food quickly in the sac-like gastrovascular cavity, so as to be able to float in water.

Jellyfish drift along the water currents and depend on wind, tides and ocean currents for horizontal movement. However, jellyfish are capable of vertical movement. They possess a circular muscle around the bell structure.

When the jellyfish contracts its circular muscle, water is drawn into the bell-shaped structure. It then ejects water, thereby causing a propelling force. Once it moves forward, water is again filled into the bell. This contracting of the body and production of a propelling force pushes the jellyfish forward, thereby making vertical movement possible.

Lion’s Mane is the Largest Jellyfish

Lion’s mane or Cyanea capillata is the largest species of jellyfish, with its bell reaching a diameter of about 6-8 feet and tentacle length as long as 120-150 feet. This species dwells in the ice-cold waters of the Arctic Ocean and North Pacific Ocean. They feed primarily on moon jellyfish and other sea creatures like crustaceans and fish. In 2010, a dead lion’s mane was reported to have stung over 150 people in New Hampshire.

This means the jellyfish species comprise both male and female individuals, with horseshoe-shaped gonads. They reproduce by mass spawning, which means the female lays her eggs in the water and the male sensing the signals given by the female, releases his sperms nearby. The water currents drift the sperms towards the eggs and fertilization takes place. Scores of polyps are born on the seabed and after a while miniature jellyfish or medusae are seen developing.

The oceans are filled with scores of different types of jellyfish, and in fact, ecologists are urging people to consume them instead of fish. While the numbers of edible fish are depleting due to over fishing, the numbers of jellyfish are multiplying at the wink of an eye. Jellyfish feed on tiny fish larvae and further reduce fish population.

Jellyfish also cause a lot of nuisance to ships and carriers in the ocean. They generally live and move in large swarms (billions!) and are often observed to hamper the movements of vessels in the ocean. The water inlets of the vessels get clogged up, and have to be cleared of masses of dead jellyfish on a regular basis for the vessels’ efficient operation. Thus, consuming them will not harm biodiversity, instead will help maintain the ecological balance.

There are twelve types of edible jellyfish, of which sand jellyfish and cannonball jellyfish are the most popular. Although jellyfish are 95% water, they are nutritious with maximum protein content. The lack of cholesterol, carbohydrate and saturated fat content makes them popular weight loss food choices.

The initial reaction to the thought of consuming jellyfish is that of dread and revulsion. People often loathe the thought of eating something bland, rubbery and wet. Those who have acquired a taste for jellyfish find it delectable. Jellyfish available in stores are venom-free, thus, there is no danger of being stung.

Jellyfish on the Platter

Jellyfish is relished as a delicacy in Asian countries like China, Japan, Malaysia, Korea and Thailand. While jellyfish do not have any particular flavor of their own; the dishes are made delectable by adding various spices and sauces. Shredded jellyfish is a common delicacy at Chinese weddings and dried jellyfish is often found in the famous Japanese dish: ‘sushi’.

Most jellyfish stings are non-poisonous, although they can leave the person with searing pain. An itchy, red rash or allergic reaction may follow. The most painful sting is that of the Portuguese man-of-war (not a true jellyfish), which can sting you even when it’s dead. If you find one washed up on the beach, don’t go near it. A sting from this species will not only leave you with searing pain, but can also conduce to shock, fever, respiratory and cardiovascular problems.

The sea nettle is also known to sting painfully and symptoms can vary from rashes, muscle cramps to breathing trouble.

While jellyfish do not attack people on purpose, most of the cases pertaining to jellyfish stings, are those when people accidentally come in contact with them on the beach, or while swimming in the ocean.

The box jellyfish is among the most venomous creatures in the world. Several species of the box jellyfish are highly venomous, however, the largest and most venomous is Chironex fleckeri, which is also called the sea wasp! Found in the northern part of Australian waters, these jellyfish have thousands of sting cells on their tentacles.

The sting of an Irukandji jellyfish (species of box jellyfish), that also inhabits the Australian waters is also extremely dangerous. This tiny jellyfish measures only 2.5 cm in length, however, its sting can cause a string of symptoms, right from headaches to cramping to even heart failure. The symptoms people experience after the sting is termed as Irukandji syndrome.

The sting of sea wasp is fatal, as it has direct effect on the heart, nerves and skin. Most people die of shock, cardiac arrest or drowning, within minutes after being stung. 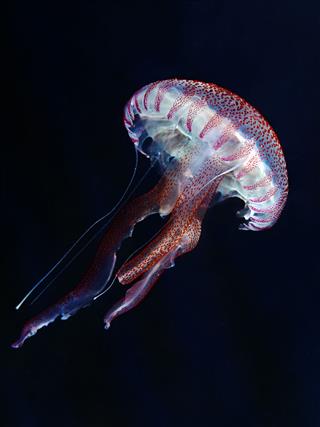 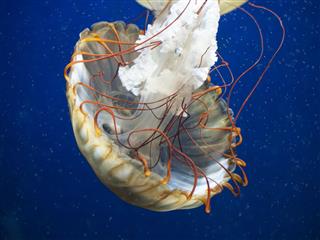 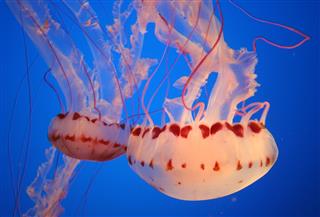 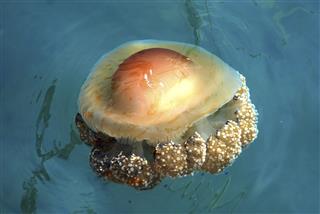 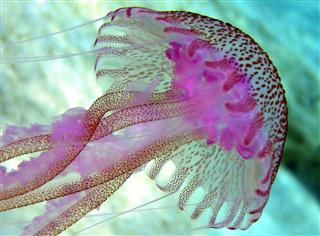 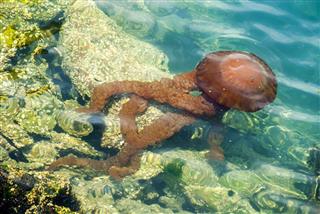 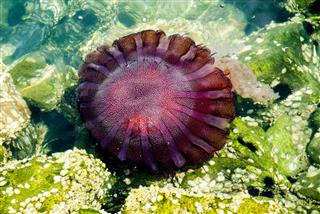 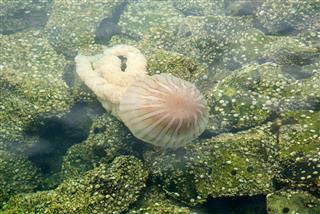 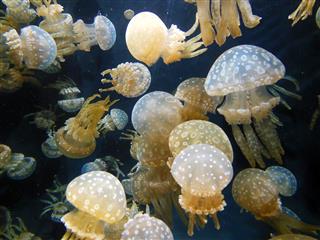