Meet the Giant Reptiles: Know the Biggest Snakes in the World

Nature outdoes itself at times to create masterpieces of gigantic proportions. Among the league of giants in her hall of fame, the biggest or more precisely, the longest snake in the world in captivity is a reticulated python, named Medusa. A record 25 feet, 2 inch long, she weighs about 350 pounds (158.8 Kg).

You are here: Home / Uncategorized / Meet the Giant Reptiles: Know the Biggest Snakes in the World

Nature outdoes itself at times to create masterpieces of gigantic proportions. Among the league of giants in her hall of fame, the biggest or more precisely, the longest snake in the world in captivity is a reticulated python, named Medusa. A record 25 feet, 2 inch long, she weighs about 350 pounds (158.8 Kg). 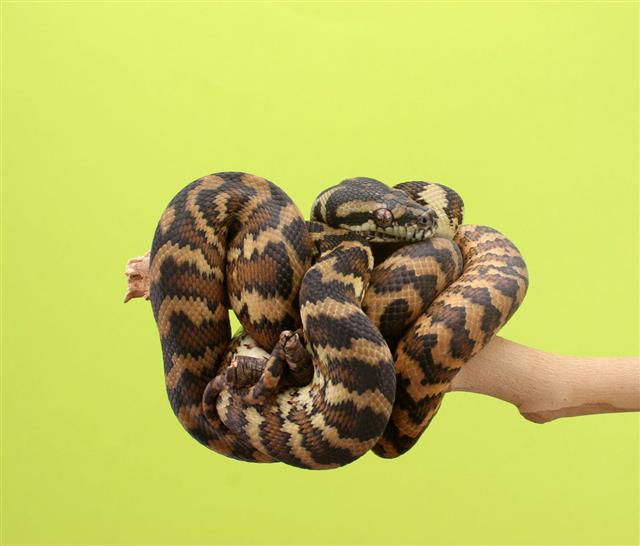 The title of biggest snake in the world in modern times, in terms of length has belonged to the reticulated python species, with Anacondas winning over when it comes to weight. However, none of them measure up to the prehistoric bus-sized monster recently discovered, now named as Titanoboa Cerrejonensis.

Python Reticulatus or the reticulated python (the epithet originates from the intricate geometrical crisscross patterns on their hide) is the longest snake species in the world, with a length ranging from 15 to 25 feet. They are non-venomous giant snakes, who kill their prey by constriction.

These pythons are excellent swimmers and are known to travel far and wide in search of prey. In the process, they have extended their dominion over many islands in southeast Asia. They prefer a tropical environment, with temperatures in the range of 80 to 90 degree Fahrenheit.

They feed on mammals and even birds at times. There have been reports of reticulated pythons eating cats, dogs and huge pigs. Their technique of catching a prey is ambushing and killing by constriction. A set of 100 sharp teeth helps then get an iron grip over their prey. In a matter of a few minutes, pythons can kill their prey and swallow their quarry entirely. The entire meat and bone of the animal is slowly dissolved by potent digestive juices like hydrochloric acid in a few days. 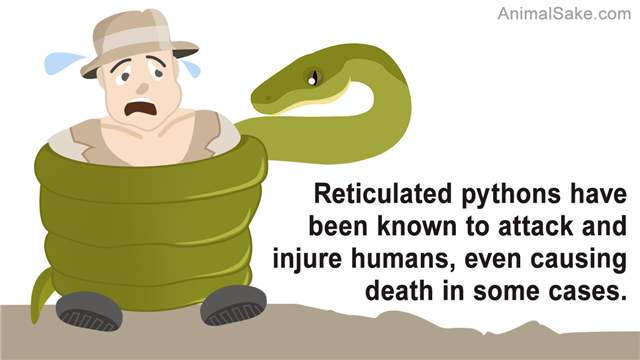 Its natural habitat is grasslands, swamps, rivers, woodlands and seas. They are mostly found in the rain forests of southeast Asia, including Indonesia and Philippines. In the wild, their lifespan can be 23 years on average. They are night hunters and usually become active at dusk. Though instances are rare, reticulated pythons have been known to attack and injure humans, even causing death in some cases.

Medusa – the captive female python located in Kansas City, Missouri is the longest snake in the world. It normally takes 15 people to just hold her up. From a 24 inch baby python, to a 25 feet giant, Medusa has grown at a phenomenal rate in 8 years. She survives on a daily diet of 40 lb meat which consists of rabbits, pigs and rodents. 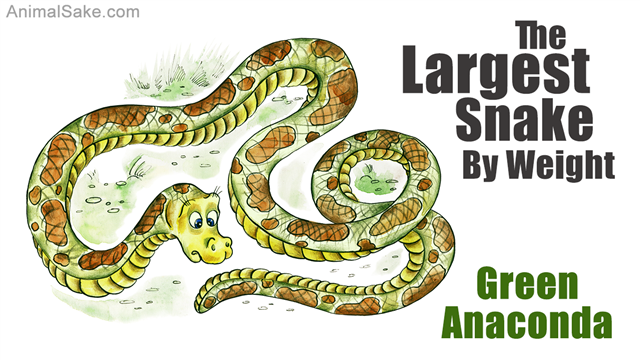 If you go by weight and thickness, the Green Anaconda found in South America is undoubtedly the biggest snake in the world. The Anacondas belong to the Boa family of snakes and have no rivals except humans, in the Amazonian rain forests, which they inhabit. They are the kings and top predators of their habitat, who prey upon just about anything they set their sights on. After a big meal, they can go for weeks without feeding on anything.

In South America, they are found in Brazil, Peru, Bolivia, Ecuador, Venezuela and Colombia, which all lie towards the east of the Andes mountains.

Swamps and marshlands in rain forests are the preferred abode of green anacondas. They can grow to more than 22 feet in length and their weight can reach up to 550 pounds (227 Kg) or more. Due to their weight and thickness (12 inches on average), anacondas spend maximum amount of their time in water.

In the wild, they have an average lifespan of 10 years. Their preys are fish, mammals, reptiles and practically any living creature they can overpower and subdue. They have been known to eat deer and caimans.

In February, 2009, scientists discovered the fossilized remains of a prehistoric snake, as long as a bus, that lived in the north-eastern part of Colombia, about 60 million years ago. This prehistoric beast found in a coal mine excavation, was a record 42 to 45 feet long and weighed over 2500 lb (1,140 kg).

It has been named as Titanoboa Cerrejonensis (Titanic boa from Cerrejón) as it is a prehistoric ancestor of the Boa Constrictor. In its heydays, it was unarguably the King of Snakes. The primordial beast could easily consume a cow and most probably feasted on the distant ancestors of crocodiles.

The big fish eats small fish rule of evolution has always favored the emergence of large-sized species like the anaconda, reticulated python, the blue whale or the Titanoboa. It explains the emergence of dinosaurs and other large beasts millions of years ago. On the other hand, mass extinction caused by bottle-necking events and disasters like the meteor collision (which supposedly killed the dinosaurs), have favored the survival of smaller animals like humans. Our King Kong obsession for large creatures is not a product of 20th century filmmaking, but an ancient fear that we inherit from our ancestors. Ultimately, what gave our species the edge over these beasts is our intelligence, which makes us the most feared creatures on the planet.