Black widow spiders' webs are made of superior silk threads, as compared to the webs of other spiders, which is the reason for the use of this silk thread to make body armor and high-tech athletic clothing. Do you want to know more interesting black widow spider facts? Read on...

You are here: Home / Uncategorized / Hair-raising Facts About the Black Widow Spider 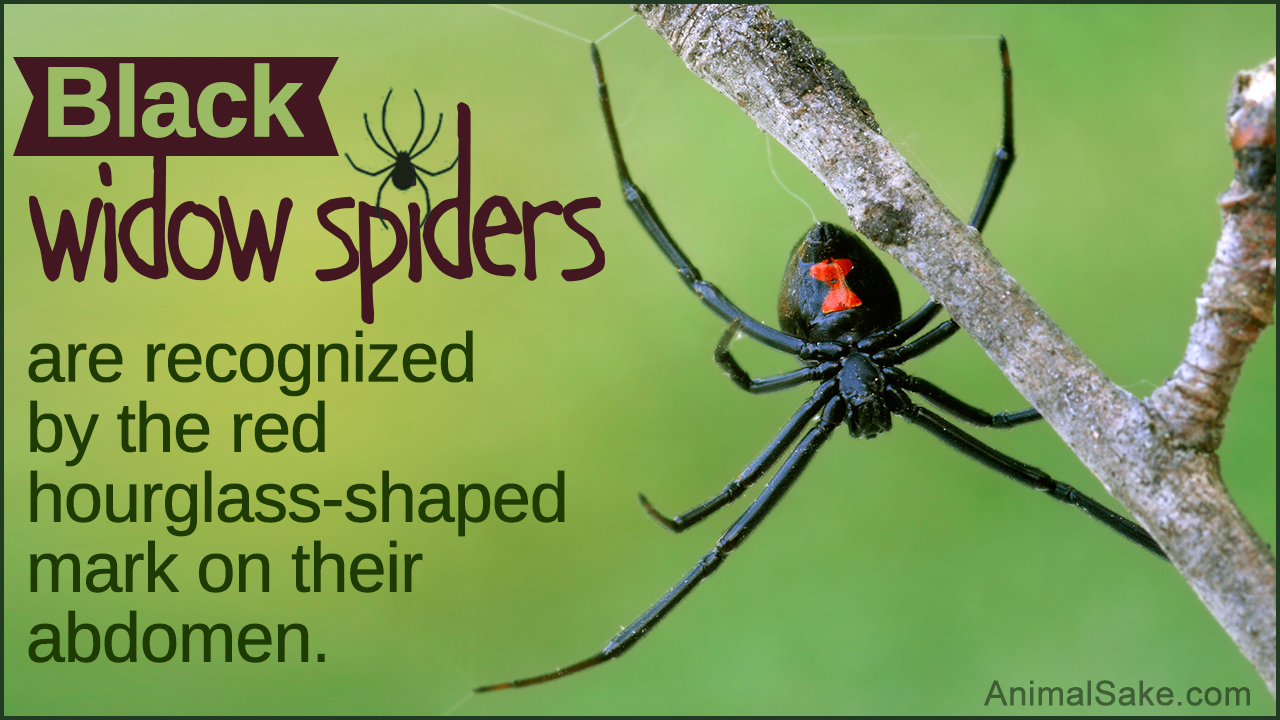 Black widow spiders’ webs are made of superior silk threads, as compared to the webs of other spiders, which is the reason for the use of this silk thread to make body armor and high-tech athletic clothing. Do you want to know more interesting black widow spider facts? Read on…

Black widow spiders are considered to be one of the world’s most poisonous spiders and are the most venomous spiders across North America. They are distinguished by their shiny black color, and the red hourglass-shaped mark on their abdomen. Sometimes these spiders are also found to be brown in color. Despite their average weight being only 1 gram, these spiders make one of the largest webs among spiders. I wonder, where all the thread for the web comes from!

The male black widow spiders are half the size of the female black widows. The females’ body is around 1.5 inches long but males have longer legs and usually yellow-red bands and spots in their immature stages. Identifying spiders of the female species is easier, as they can be seen hanging upside down on their webs, which makes the hourglass mark very visible. The males are harmless and only the females bite.

Black widow spiders are mostly found in temperate regions in the world. These spiders can be found hiding in dark places like garages, wooden piles, cellars, shades, etc. and the webs can be observed closer to the ground. 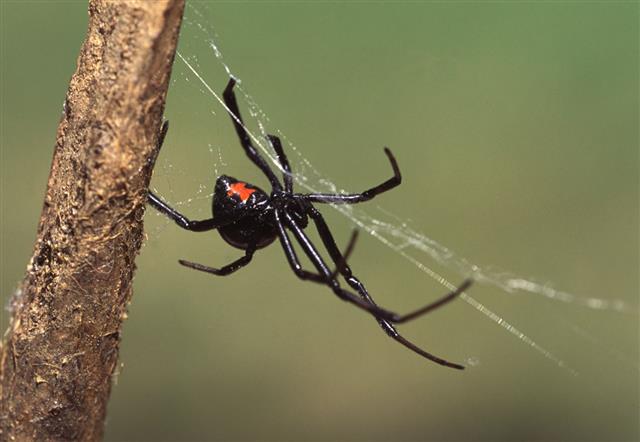 Webs are spun to catch their prey, which are generally mosquitoes, flies, beetles, caterpillars, and grasshoppers. Their webs are not beautiful-looking webs, but are irregular thick-looking webs. Because, of this characteristic they are also known as ‘tangle-web’ spiders. These spiders have bristles present on their hind legs which they use for covering the prey with silk after the prey is trapped in the web. The female black widow spiders spin large webs in which they suspend a cocoon filled with hundreds of eggs and the female rarely leaves the web.

The male black widow spiders approach the female ones with great care. They move slowly inch-by-inch, towards the female, who are hanging on their webs. When the male is close to the female he taps his legs in a manner of courting ritual to catch her attention. The tapping creates vibrations on the web, which alerts the female of the male’s presence. The female, if ready for mating, will stay in her place and the male crawls on top of her to release his sperms. The female black widow spiders can store the sperm and thus produces egg sacs without actual mating.

The female black widow spider can produce around 100 – 400 eggs and stays near the egg mass for protection. The egg sacs look oval, papery and brown in color and are around half an inch long. One egg sac can hold hundreds of eggs. The incubation period is of 20 days and the newborns are white or off-white colored. It is only as they grow that they acquire black color. The growth period for these spiders is 2 – 3 months.

Black widows are carnivorous and cannibalistic in nature. The way the black widows eat can seem gross to some people, but is actually very interesting. These spiders puncture the prey’s body using their fangs and inject digestive enzymes into the dead body of the prey. Then the black widows liquefy the prey’s body and suck-up the fluid! The black widows, despite being poisonous, have many predators. Black widow spiders are the favorite food of the praying mantis. There are also some birds which eat these spiders and often end up with an upset stomach!

Effect of Bite on Humans

The spider bite of these beings feels like a pinprick. A person if bitten, experiences nausea, muscle ache, and paralysis of the diaphragm which makes breathing difficult. In rare cases, bites can be fatal especially to small children or elderly people.

Maintain a web free environment in and around your house to prevent these spiders from making your house their home. If you spot black widow or an irregular-shaped web, then use an insecticide which is effective against black widow spiders or call an exterminator. If one is experiencing pain in the entire body after the bite, then seek medical care immediately. The treatment for the bite involves using narcotics and antivenins.

The black widow spiders are not insects but arachnids which means they have only two body segments and four pairs of legs. These spiders are generally not aggressive and bite only in self-defense, for example if somebody sits on them. The females will eat the male spiders rarely after mating. If you spot a black widow spider do not mess with it, they are shy but can move quickly and bite if disturbed.

Spiders are fascinating creatures and there are several different types of spiders in the world. I hope you enjoyed reading the above interesting facts about the black widow spider.