A Detailed Explanation of the Life Cycle of a Milkweed Bug

You are here: Home / Uncategorized / A Detailed Explanation of the Life Cycle of a Milkweed Bug 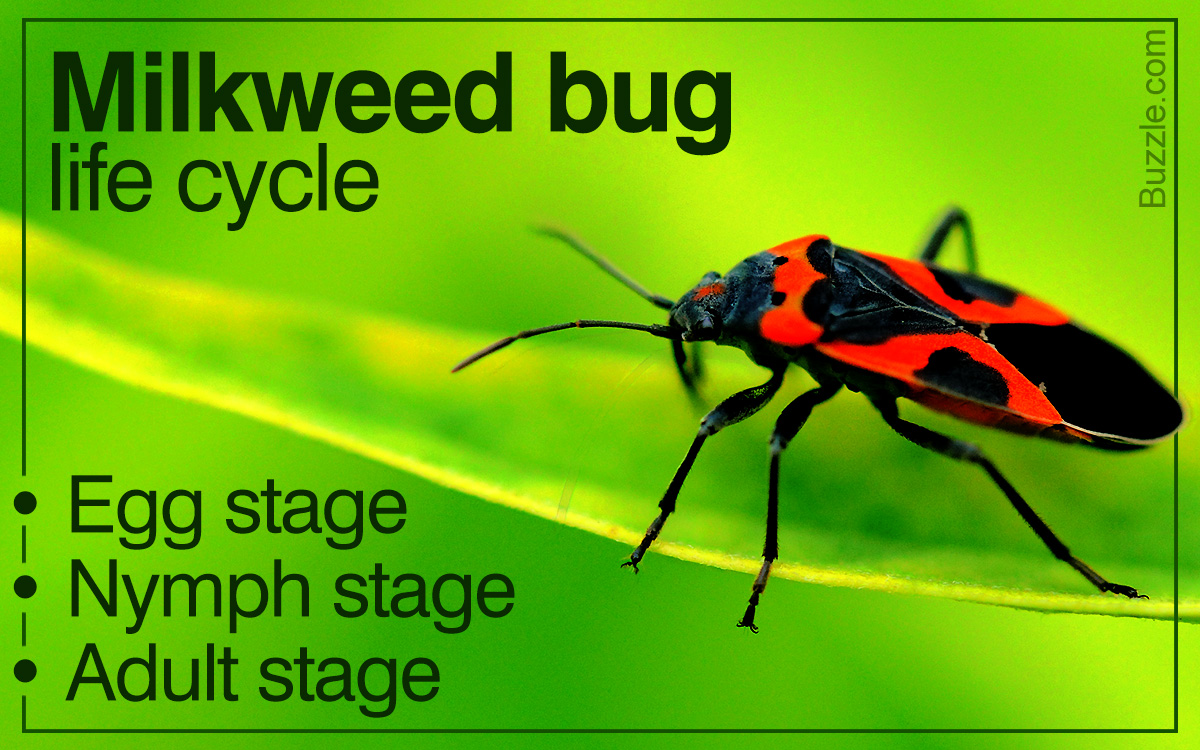 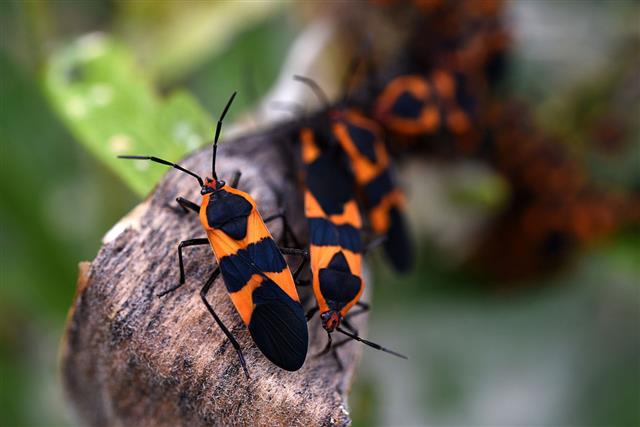 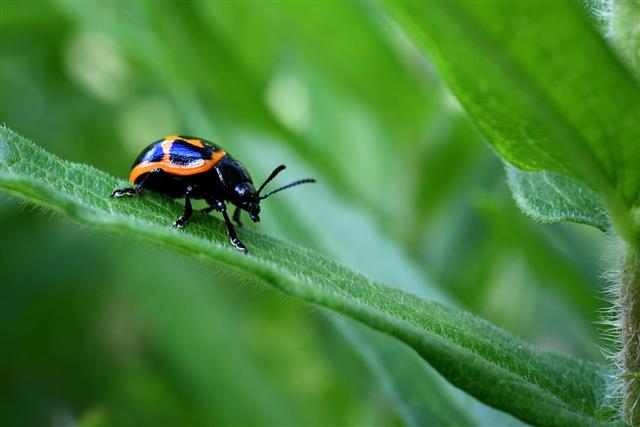 Life Cycle of a Milkweed Bug

Egg Stage
Mating takes place towards the end of the summer months. Males attract the females with a sound they make by rubbing their wings on their abdomen. The adults mate end-to-end and can remain attached for half-an-hour or more. About 20 eggs are laid by the female every day, in clusters called ‘clutches’. The female lays her eggs in a ball of milkweed seed fluff or under the milkweed leaves for protection. The eggs remain attached to the leaves with the help of some curved points at their tips. The female bug can lay about 2000 eggs in her lifespan of about one month.
Nymph Stage (5 instars)
The pale orange eggs hatch after a week, when the temperature is warm and favorable. As soon as the eggs hatch, the milkweed bugs are in the nymph stage and appear more like miniature versions of the adult bug, except with incomplete wings. The tiny tots appear like specks of red dust, however, do not be fooled by their size. Their tiny microscopic bodies possess six microscopic legs, 3 tiny body parts and 2 antennae. However, at this stage some adult parts are lacking. They also lack the black spots that adults have. Half of the bugs hatching out will be males, while the other half will be females.

Nymphs feed voraciously during this stage. Their mouth parts enable them to suck the sap out of the milkweed seeds, flowers and leaves. All this eating results in growth and expansion of the body. However, the tough exoskeleton protecting the body is not flexible and does not allow the nymph to grow further. Thus, the exoskeleton bursts open and the milkweed nymph slides out. A new exoskeleton is developed, which is moist and flexible, enabling the nymph to grow twice its size in just minutes. The new exoskeleton hardens in a few hours and the larger nymph goes about feeding itself and growing.

After a week since the nymphs have hatched, their crispy little transparent exoskeletons are again shed. This process of shedding the exoskeleton in order to grow is called molting. Post-molt, the bug appears creamy-yellow in color, with bright red antennae and legs. Few hours later, its body turns dark orange in color and the legs and antennae turn black. This process of molting is carried out five times by the milkweed nymph until it becomes a fully mature adult.

Each of these nymphal stages are known as instars. The first instar corresponds to a newly hatched milkweed baby bug, while the fifth instar corresponds to the stage just before adulthood. With each instar stage, the body shape gets transformed. Formation of dark body markings and wings are seen.

Adult Stage
This gradual maturing of the insect is termed incomplete metamorphosis, wherein the bug gets larger and larger until the last molt reveals the adult bug. The entire process of metamorphosis, right from egg to adult takes 4-8 weeks, depending on the temperature of the habitat.

The adult bugs have the tips of their abdomen as black, with a bright orange segment before the tip and tiny black dots on the edges. If the segments following the orange segment has black bands, it is a male. Males are smaller in size as compared to the females and have two black bands on their underside, while females have one black band and two black spots on their underside. Adults have two soft inner wings, which are used to fly. The outer wings present protect the inner wings.

After a week of entering the adulthood stage, these bugs begin to mate. During mating, the female and male bug will remain attached end-to-end for a long time. The female begins to lay yellow eggs in clusters of 20, a few days after mating. The adult milkweed bugs may live another 2 months after mating and laying eggs, in a sort of retirement period.

Milkweed bugs stop reproducing in the fall, as the weather gets cold and milkweed plants die. Adult milkweed bugs who have not reproduced enter a stage of hibernation during such weather and use the natural antifreeze in the body to survive the cold months. However, a large number of bugs do not make it through the rough winter months.

Milkweed bugs are not considered pests, except for those who wish to cultivate milkweed plants. However, they can pose potential danger to pets, because ingesting them can make pets ill. The sap they suck from the milkweed plant is toxic and can cause harm to its predators. So take care of your pets! 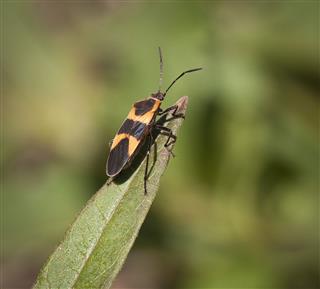 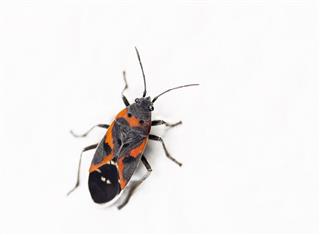 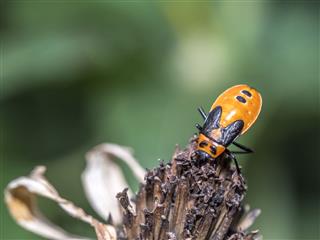 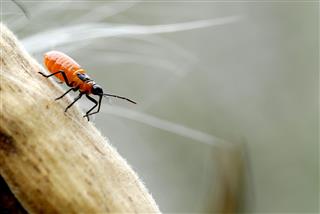