You’ll Want to Read These Facts About Candiru, the Vampire Fish

Candiru, or vampire fish that it is known as locally, is pretty famous thanks to the myth that accredits this species with infecting the genitals of humans.

You are here: Home / Uncategorized / You’ll Want to Read These Facts About Candiru, the Vampire Fish 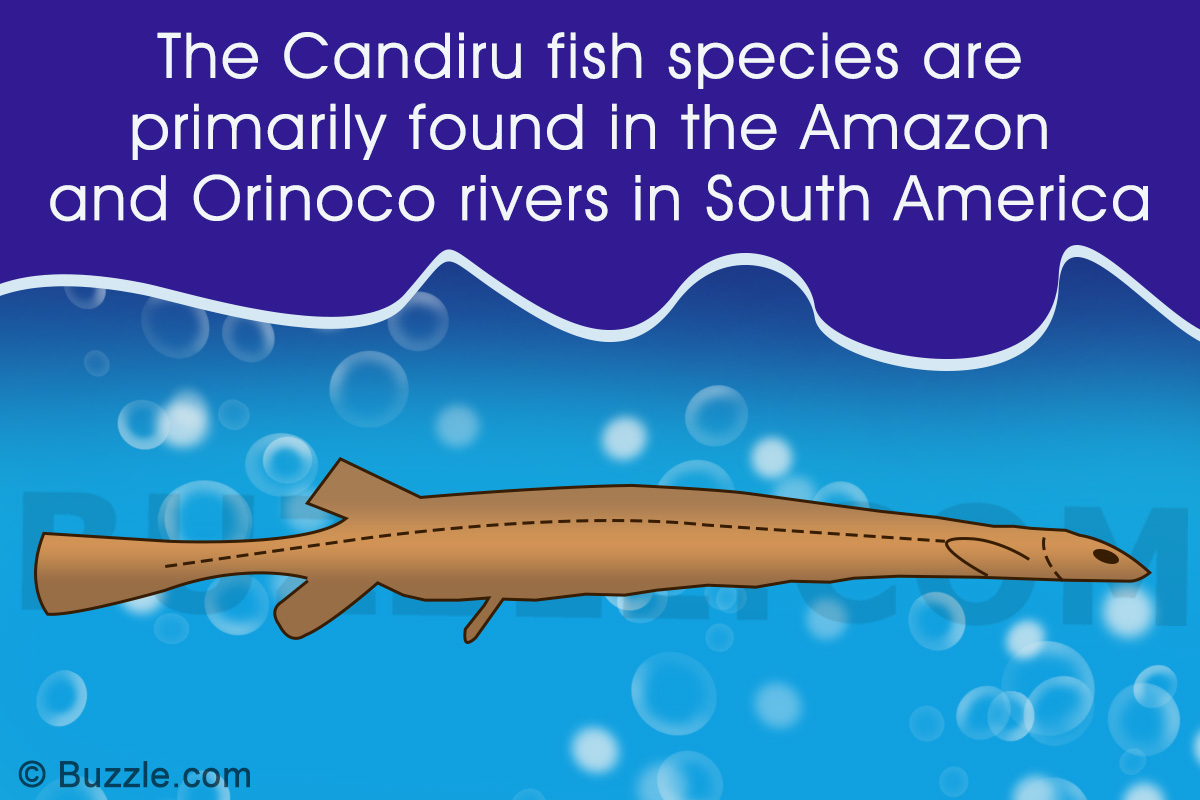 Candiru, or vampire fish that it is known as locally, is pretty famous thanks to the myth that accredits this species with infecting the genitals of humans.

Though the term is usually used for Vandellia cirrhosa, the other two species of the Vandellia genus are also referred to as Candirus at times.

Candirú or Canero (Vandellia cirrhosa) is a freshwater fish belonging to the catfish group. The species usually grows to 1 or 2 inches in length, though some specimen measuring nearly 17 inches have also been found. These fish are eel-like and almost translucent, making it near impossible to see them in the water. Fast, powerful swimmers, candirus are smooth and slimy, with sharp teeth and backward-pointing spines on their gills. Like most scavengers, they do not like the sun and thus, bury themselves in the mud and sand at the bottom of the river.

Candiru species are primarily found in the Amazon and Orinoco rivers in South America. They are a part of the Neotropical fish fauna, and are the most-feared fish among the natives because of their reputation of finding a fish and attaching themselves to its gills. After attaching themselves to the gill flap, they act like parasites and draw blood from the host fish.

The candiru is parasitic in nature. Its modus operandi is simple and ruthless; to find a fish, it first tastes the water, trying to locate a water stream that is coming from the gills of a fish. Once such a stream is detected, it follows the stream to its new host and inserts itself inside the gill flap. Spines around its head then pierce the scales of the fish and draw blood while anchoring it in place. It then feeds on blood by using its mouth as a slurping apparatus, while rasping the long teeth on its top jaw. It then unhooks its fins and sinks to the bottom of the river to digest its meal. This habit of feeding on blood has earned it the moniker, the ‘Vampire Fish of Brazil’.

However, the reason that the candiru is most feared by humans is because―as the famous myth goes―it is the only vertebrate known to affect humans! Apparently, the fish is said to be addicted to the taste and smell of human urine; a belief that has already been proven wrong in a 2001 study! According to a legend, the species enters human body when they urinate while skinny-dipping in the water. It tastes the urine stream and follows it back to the human. Once inside, the species swims up the urethra and lodges itself somewhere in the urinary tract with its spines. It then gorges on the blood and body tissue. At times, its body expands due to the amount of blood consumed.

Candiru also eats away the mucous membranes and tissues until a hemorrhage kills it or the host. It was also said that even if one caught the fish by the tail once in the urethra, it cannot be pulled out because it spreads itself like an umbrella. It can attack both, men and women. It is also said that a person would prefer penectomy to the misery and pain associated with leaving it inside. However, as mentioned earlier, there is no evidence to prove this fact about the candiru.

One way to expel the fish would be to drink the juice of the green fruit of the Jagua tree, Genipa Americana L. The juice of this fruit brewed into a tea and consumed, supposedly causes the skeleton of the fish to dissolve and results in its expulsion from the victim within a couple hours. A synthetic version of the brew has been used in the past by urologists to dissolve bladder ‘incrustations’ and kidney stones. It can be removed surgically as well, both these options are time-consuming.

There is a move to ban the import of these fish into the United States, because of the fear that some of them might find their way into American rivers and wreak havoc.

As of now there are no known predators of the candiru. Apart from their feeding habits, we know very little about them. However, thanks to the interesting myth of them infecting humans, they have had their share of fame. Interestingly, in the popular television medical drama, Grey’s Anatomy, there is an episode which turns this myth into reality!