Cobwebs Vs. Spider Webs: The Subtle Differences You Never Spotted

The tensile strength of dragline spider silk is almost equal to high-grade steel. In terms of toughness, it is comparable to synthetic fibers like nylon. Therefore, it is not surprising that spider silk finds varied applications including creation of fishing webs and textiles. They've also been used as optic fibers and crosshairs for rifle scopes.

You are here: Home / Uncategorized / Cobwebs Vs. Spider Webs: The Subtle Differences You Never Spotted

The tensile strength of dragline spider silk is almost equal to high-grade steel. In terms of toughness, it is comparable to synthetic fibers like nylon. Therefore, it is not surprising that spider silk finds varied applications including creation of fishing webs and textiles. They’ve also been used as optic fibers and crosshairs for rifle scopes. 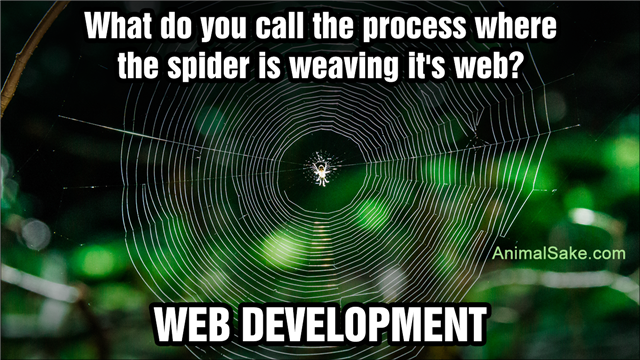 The silk created by the Darwin’s Bark Spider, found in Madagascar, is ten times tougher than Kevlar.

Both, spider webs and cobwebs, are made by air-breathing arthropods, we call spiders. The only difference lies in the fact that cobwebs (primarily irregular in form) are mostly made by the families of spiders known as Theridiidae and Linyphiidae, while what are referred to as spider webs, are elaborately designed and built by families like Araneidae, Nephilidae, Tetragnathidae, and others.

Here’s a succinct analysis of the difference between cobwebs and spider webs – the protein fiber structures that serve as nests, means of transport, and prey traps for these arthropods. 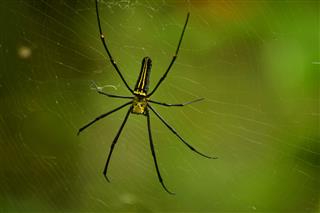 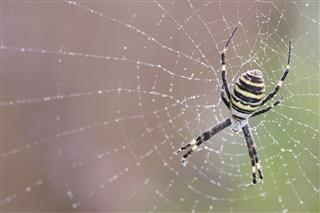 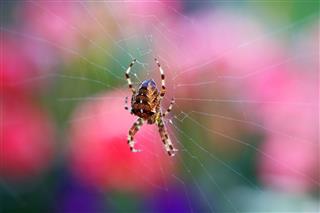 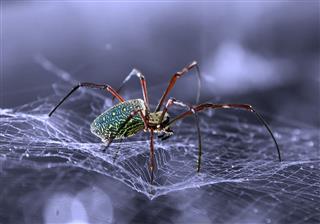 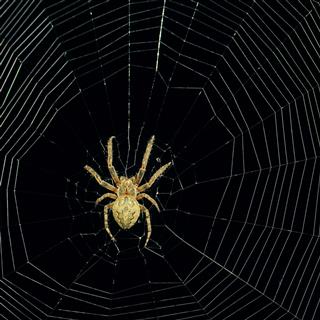 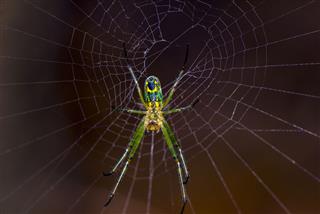 The irregular, tangled webs created by our eight-legged friends are commonly known as cobwebs. The origin of the word cobweb may be attributed to an old English word for spider, which is coppe. Cobwebs are made by the family known as the Theridiidae (tangled web spiders, cobweb spiders, or comb-footed spiders) and Linyphiidae (also called the sheet weavers or money spiders).

The Theridiidae form one of the largest families of spiders with more than 2,200 species spread over 100 genera. This family shows great diversity when it comes to web architectures. They primarily make three-dimensional gum-footed tangled webs, made of anchoring frame lines that connect the web with its surroundings and peripheral lines made up of viscid silk. Webs with peripheral and central retreats are found with substantial variation in structure according to the spider species. A sister family, Nesticidae is also known to create gum-footed tangled web structures, with no clear orb-like pattern.

The Linyphiidae are tiny spiders that prefer to build sheets of webs – structures with high fiber density that serve as nests and effective trapping mechanisms for catching prey. Members of the long-legged, Pholcidae family are also known to create irregular cobwebs. The tangled webs are more effective in catching prey, compared to other ordered web types in certain scenarios. Perhaps, that’s the reason they’ve been preferred over the course of evolution.

The most common member of the cobweb-weaving Theridiidae family in USA is the common house spider (Parasteatoda tepidariorum).

So these are the families that you can primarily blame for the cobwebs seen growing in corners of your house. There may or may not be a spider in the sticky to claim the ownership of these webs. The spiders keep migrating according to the availability of prey. The abandoned webs eventually gather dust making them more visible. Many a times, the cobweb strands are not even a part of the web, but just traveling spider silk, ropes that a spider launches to move around. 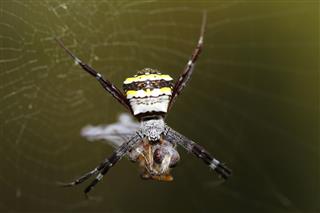 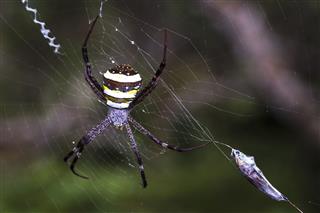 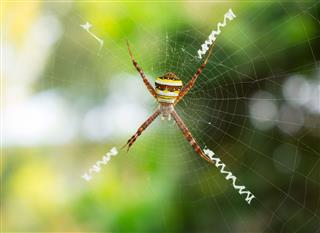 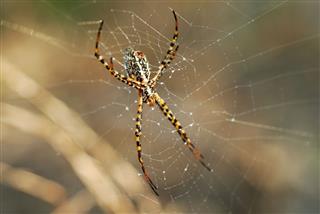 The elegant and sophisticated webs designed by spiders are generically known as spider webs. These are created by the orb-web producing Araneidae, Nephilidae, and Tetragnathidae families, among others. Spider webs, just like cobwebs are created from a proteinaceous fluid emitted by specialized glands called spinnerets located at the abdominal tips of spiders. The material that they are made up of is known as spider silk.

There are seven types of specialized glands that create seven different types of spider silk. Each one of the silk types is devoted to a specific part of a web or is used for a special purpose other than web building. The two most important types of silk are viscid silk (wet, elastic, and sticky – designed to form the outer spirals of a web and to catch prey) and dragline silk (tough and dry, it forms the radiating arms of the web that provide structural stability).

Depending on the species, the spiders are variously known to have one, three or four types of glands. The spider’s web can be broadly classified into four types, other than the common cobwebs and sheet webs. They are:

There are different types of spider silk, which serve different purposes like:

To conclude, the difference between orb-like spider webs and cobwebs is primarily architectural, owing to the different spider species that they originate from.