The Variety of Deciduous Forest Animals is Truly Mind-Boggling

A wide variety of mammals, birds, insects, and reptiles can be found in deciduous forests which fall under the category of dry tropical forests. These animals have unique adaptations for various climates.

You are here: Home / Uncategorized / The Variety of Deciduous Forest Animals is Truly Mind-Boggling

A wide variety of mammals, birds, insects, and reptiles can be found in deciduous forests which fall under the category of dry tropical forests. These animals have unique adaptations for various climates. 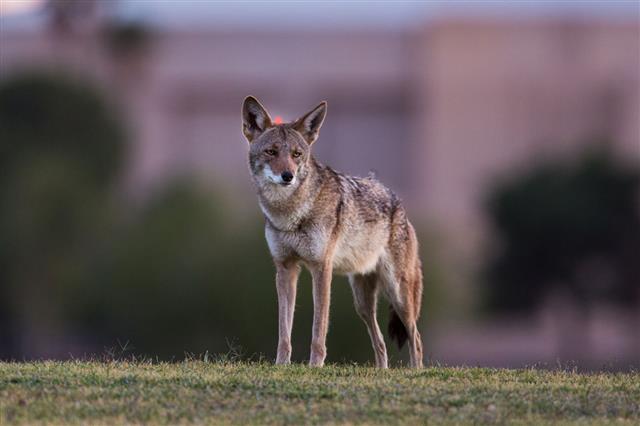 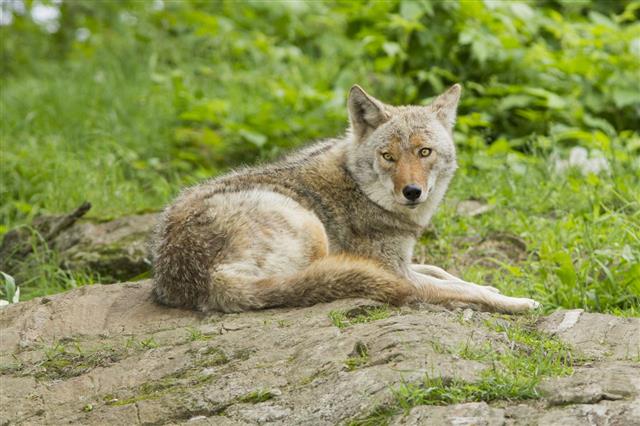 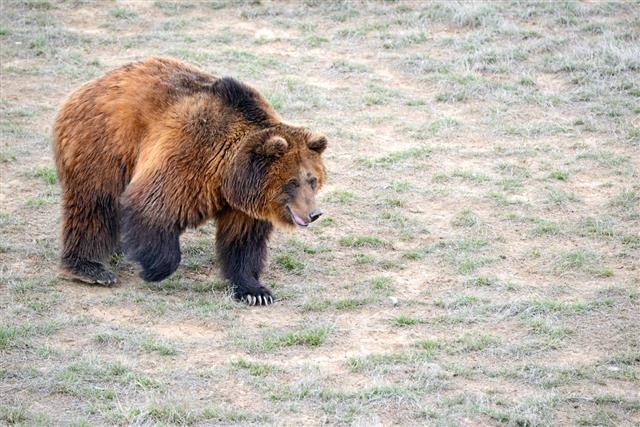 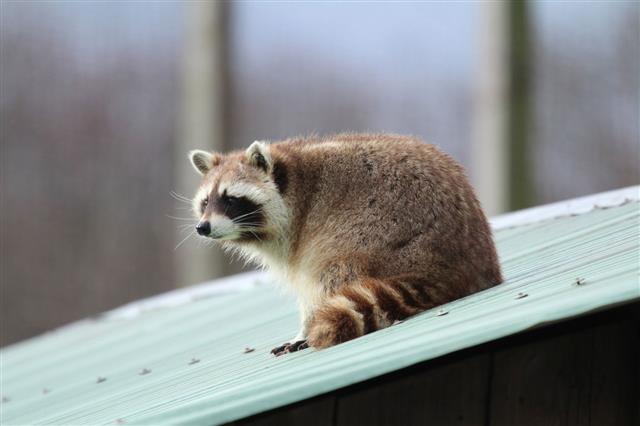 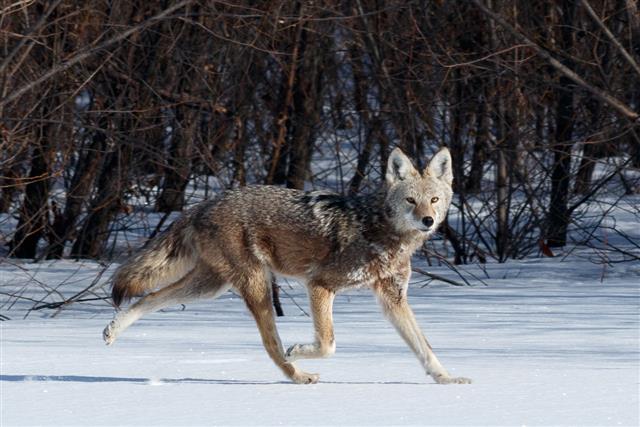 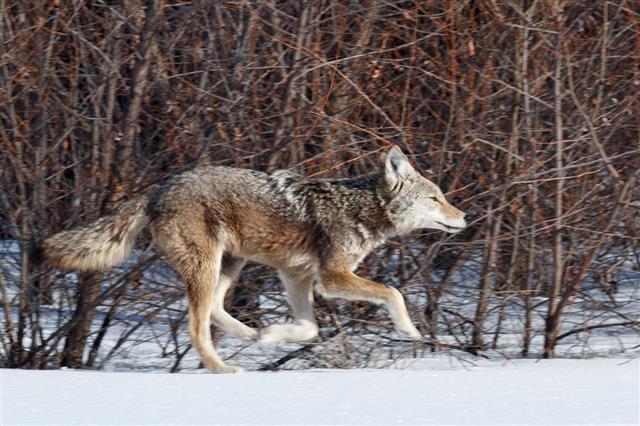 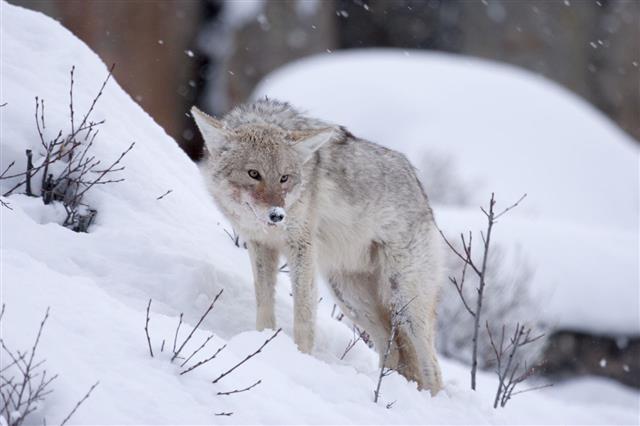 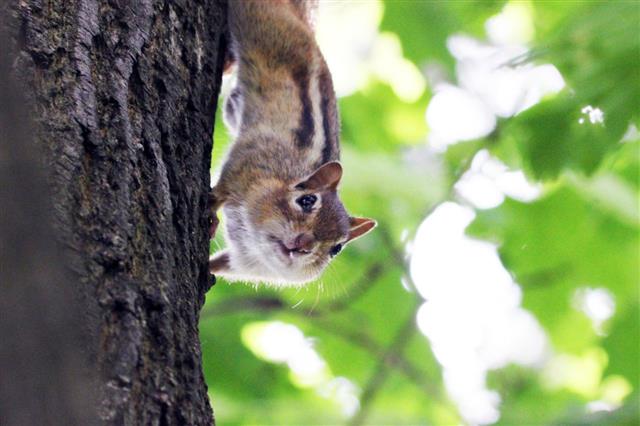 Over the course of a year the climate in the deciduous forest ranges from cold with precipitation in the form of snow, to hot, with precipitation in the form of rain. The temperate deciduous forest biome has four seasons, namely: Winter, Spring, Summer and Fall. Animals and plants in this forest have special adaptations to cope with these yearly changes.

In deciduous forests the winters tend to get very cold and thus the animals in the forest either hibernate or migrate to warmer lands. As the seasons change, so do the colors of the leaves of the deciduous trees. Since sunlight and water are limited during winters, the leaves are unable to produce chlorophyll (green pigment in leaves), causing them to change into beautiful red, yellow and orange colors.

While many deciduous forest birds prefer to migrate in this season, others, like mammals and reptiles, prefer hibernation. Several animals like squirrels and chipmunks store food such as seeds and nuts for the winters. Spring is the best time as the animals come out of hibernation, the trees are green and the forest flaunts its diverse flora and fauna.

The American burying beetle or giant carrion beetle is between 25 and 45 mm long and can be identified by its distinctive orange-red markings. These nocturnal species are critically endangered and are on the verge of extinction. A huge number of these beetles were found in the region east of the Rocky Mountains, but are now limited only to southeastern Canada.

Also known as the American eagle, bald eagles are birds of prey and feed on fish, small sea birds, reptiles and mammals. They are found in various habitats including the eastern deciduous forests of Quebec and New England. Bald eagles are listed as ‘least concern’ by IUCN. The female bald eagle is larger than the male. The bald eagle is also the national symbol of the US, and appears on its seal.

Beavers are large semi-aquatic rodents who are known for building dams and canals. They build small lodges with the help of sticky mud, alongside water bodies. Beavers are herbivores and their diet includes tree barks, twigs, leaves and water plants. They have powerful front teeth which are used to cut trees as well as for food. Other characteristics include webbed hind-feet and a broad, scaly tail. They are listed as ‘least concern’ by the IUCN.

The bobcat is an adaptable predator found in the deciduous and coniferous woodlands of North America. It is twice as large as the domestic cat but a little smaller than the Canada lynx. Their diet varies according to location, season, and abundance. These solitary predators mainly feed on rabbits, hares, chickens, small rodents, and deer. The bobcat is listed as ‘least concern’ by IUCN.

Although coyotes can live almost anywhere, deciduous forests are one of their favorite dwellings. Also known as American jackals, they usually hunt in pairs. Their diet consists of small mammals, reptiles, mice and fruits. Coyote packs are generally smaller than wolf packs, consisting of closely-related adults and offspring. Coyotes are listed as ‘least concern’ by the IUCN.

The duckbill platypus is a semi-aquatic mammal only found in Australian deciduous forests. They have a very unusual appearance with beaver-like tail, duck-like mouth and webbed feet. Platypus is among the few mammals that are venomous, and it is also the only mammal to lay eggs instead of giving birth to live young. Platypus are carnivores, feeding mainly on annelid worms, insect larvae and freshwater shrimp. They are listed as ‘least concern’ by the IUCN.

The eastern chipmunk lives in deciduous wooded areas throughout eastern United States and southern Canada. It forages for food and prefers bulbs, seeds, fruits, nuts, green plants, mushrooms, insects, worms, and bird eggs. When there is excess food, chipmunks transport food by storing it in pouches in their cheeks. Eastern chipmunks are listed as ‘least concern’ by the IUCN.

The eastern cottontail is one of the most common rabbit species in North America. Their diet largely depends on availability, they mainly forage for bark, leaves, and fruit, However, they also feed on insects at times. Eastern cottontail rabbits run in a zigzag fashion when chased, and can reach up to 18 mph. They prefer to live in forests, swamps, thickets, and bushes, where there are plenty of places to hide. This rabbit species is listed as ‘least concern’ by the IUCN.

These red squirrels are arboreal, omnivorous rodents and can be found throughout Eurasia. They can live up to 15 years, and their predators include eagles, hawks, and coyotes. The numbers of Eurasian red squirrel have decreased drastically in Great Britain and Ireland because of introduction of the eastern gray squirrel from North America.

The European hedgehog is endemic to western Europe and Russia. Hedgehogs are usually related to porcupines because of their appearance but they are closer to the moles. Their diet includes slugs, earthworms, beetles and caterpillars. They are also known to eat mushrooms, fruits, and occasionally, frogs and small rodents. European hedgehogs are listed as ‘least concern’ by the IUCN.

Muskrats are small, dome-shaped, semi-aquatic rodents that live around water marshes, lakes and streams. They mainly eat water plants and small shellfish, their predators include raccoon and foxes. Muskrats are often mistaken to be rats because of their appearance, however they are not related to rats. They are listed as ‘least concern’ by the IUCN.

The Northern cardinal is a beautiful bird with a vibrant red color and a tall head crest. Females are grayish olive in color. Gender of the species is also distinguished by the mask-like pattern on the face, which is black in males and gray in females. They eat insects, seeds and tree saps. They are territorial and tend to sing in loud whistles. This species has been listed as ‘least concern’ by the IUCN.

The northern copperhead camouflages perfectly amidst fallen tree foliage, which help them in hunting and protection against predators. Young copperheads have a lighter shade of color. The bright-colored tail tip is a peculiar characteristic. They are listed as ‘least concern’ by IUCN.

Opossums have a flexible diet, which make them successful survivors in diverse locations and conditions. They can be found in deciduous forests of North America. They are nocturnal and opportunistic omnivores. Their diet includes fruits, berries, and insects. One peculiar characteristic of this animal is that when threatened, they ‘play possum’, which means that they act dead and also emit a foul smell of a sick or dead animal. They are listed as ‘least concern’ by IUCN.

Raccoons can adapt to a wide range of habitats, deciduous forest being one of them. The most distinctive feature of raccoons is the mask-like pattern on its face, and its front paws. This intelligent animal is usually nocturnal and is omnivorous, mainly feeding on fruits, nuts, bird eggs, insects, and reptiles. Since its diet consists of such wide variety of foods, raccoons are known as one of the world’s most omnivorous animals. This species has been listed as ‘least concern’ by IUCN.

This owl species is found in deciduous and mixed forests across Eurasia. They are nocturnal, and mainly hunt rodents. Their physical characteristics, such as vision and hearing adaptations and silent flight, are perfect for hunting at night. Due to their nocturnal habits, appearance, and eerie cry, tawny owls are often associated with bad-luck. This species of owl is listed as ‘least concern’ by IUCN.

The white-tailed deer can be found all over the USA, parts of Canada, South America and Central America. They prefer deciduous vegetation, and forage for shoots, leaves, cacti, and grasses. This deer species can be recognized by the characteristic white underside of its tail. The white-tailed deer is listed as ‘least concern’ by IUCN.

Unlike rainforests, lush green vegetation is not abundant in deciduous forests. What makes deciduous forests stand out are the tall ancient trees, flowers, and colorful leaves. With abundance of grass, trees, and water streams, the forest is a prefect place for a rich temperate ecosystem. The concern regarding deciduous forests today, is deforestation. Even though most of the animals in this biome are not endangered, deciduous forests in general are facing major deforestation. It is in our hands to make sure that the animals that dwell in these forests are safe and sheltered in their natural habitat before it is too late. 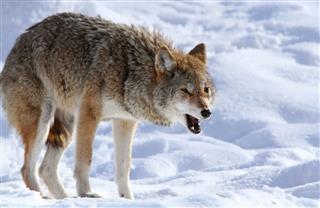 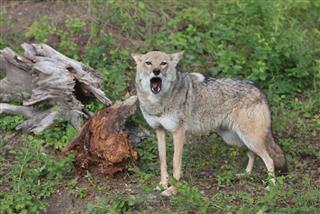 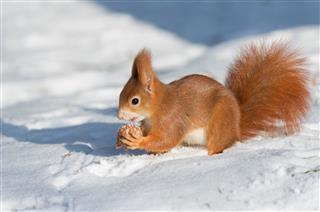 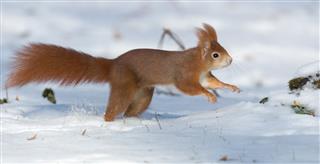 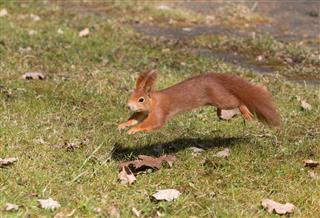 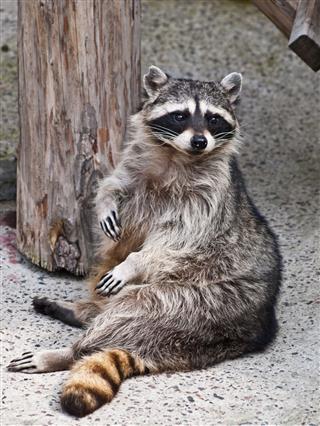 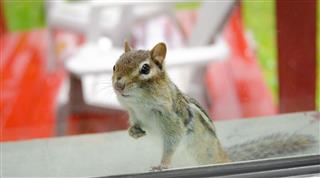 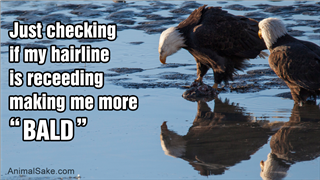 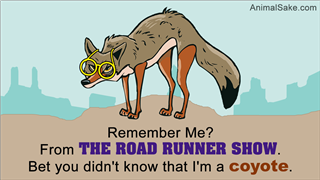