The Dwindling Pride of Oz: Reasons Why Koalas are Endangered

The Koalas in Australia are facing a serious threat of extinction. Here is more on this...

You are here: Home / Uncategorized / The Dwindling Pride of Oz: Reasons Why Koalas are Endangered

The Koalas in Australia are facing a serious threat of extinction. Here is more on this… 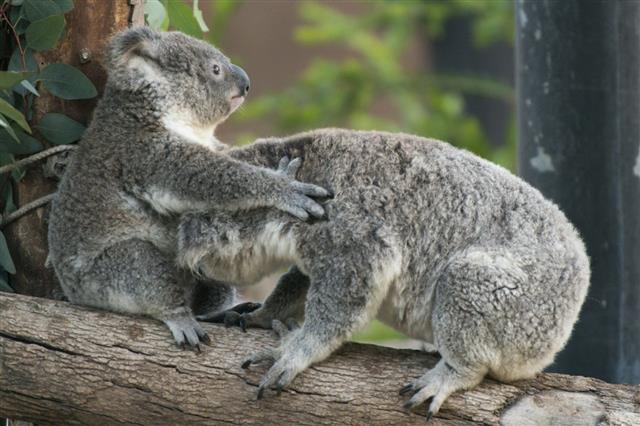 Koalas are the pride of Australia, and generate around USD 1 billion for their economy. Most of this comes from tourists who come in great numbers to see this lovely creature, a national icon in Australia. But according to a report by the Australian Koala Foundation, in the last 5 years, their numbers have dropped from around 100,000 to just about 40,000. At this rate, they will be completely extinct by the year 2040.

Many Koalas have been affected by Chlamydia. This is a disease that attacks their eyes and bladder, which leads to a very slow and painful death. Besides this, there are numerous car hits. And to top it all, many are being affected by something that has no vaccine or cure―Koala AIDS or KIDS (Koala Immune Deficiency Syndrome). This is similar to the AIDS that affects humans. But in Koalas, the effect is much more severe, and death comes much faster. Most Koalas carry the virus leading to the disease, but not all get affected by full-blown KIDS. But the rate has increased lately, which is very alarming. On an average, 2 – 3 Koalas are brought in daily for treatment at the Australia Zoo’s Wildlife Hospital. Dr Jon Hanger, a veterinary scientist says, “Extinction is inevitable in some areas . I certainly hope we don’t see it across Australia. But if we don’t take the decline seriously and pick up on the warning signs now it’s certainly a risk.”

Australia Koala Foundation president Deborah Tabart said, “I can promise you after being on Government committees for years and lobbying minister after minister, I see nothing in our country being done to protect koalas. If the Government had grasped this problem 10 years ago, things would be so different. Instead they’re on the brink of extinction―I can promise you that. It’s just as severe as AIDS in humans but affects koalas more quickly. It’s knocking off a large proportion of koalas that come into this hospital and that means a large number in the bush are dying from it too.”

Another key factor is contributing to the decline of Koalas and their habitat. Clearing of land for various uses, urbanization, and the decline of eucalyptus forests, are the mains reasons that are causing Koalas to lose their homes, thus making them much more prone to accidents with cars and also dog attacks. Deborah Tabart propagates the slogan―”No Tree, No Me.” She also added, “Without these trees, there will be no Koalas. So once again, the beloved Koala has the answer to Australia’s future.”