You’ll Fall in Love With Dragonflies After Reading These Facts

Dragonflies are non-stinging insects that have a slender body and iridescent wings, which are kept outspread when the creatures are resting. Find out more about these interesting creatures in this article.

You are here: Home / Uncategorized / You’ll Fall in Love With Dragonflies After Reading These Facts 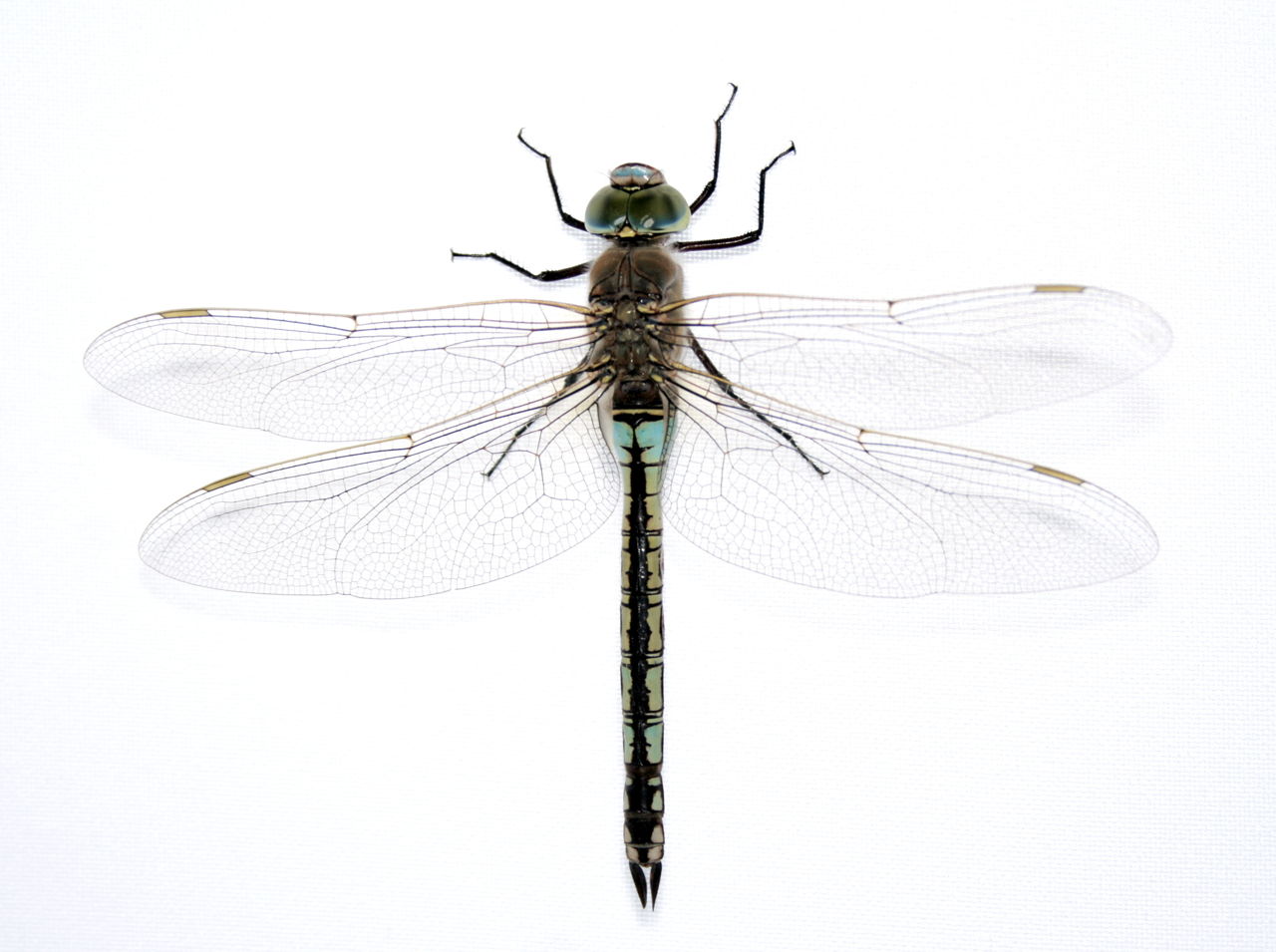 Dragonflies are non-stinging insects that have a slender body and iridescent wings, which are kept outspread when the creatures are resting. Find out more about these interesting creatures in this article. 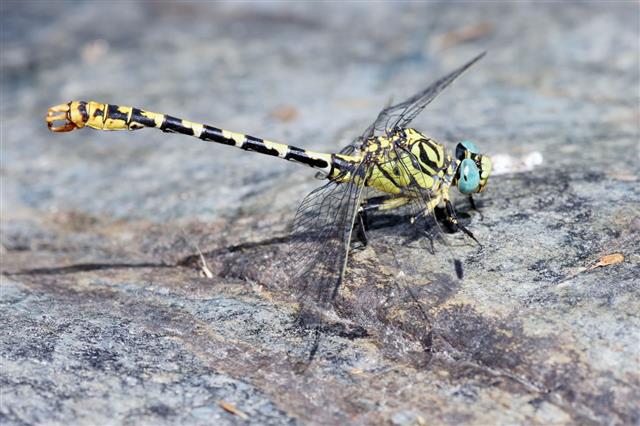 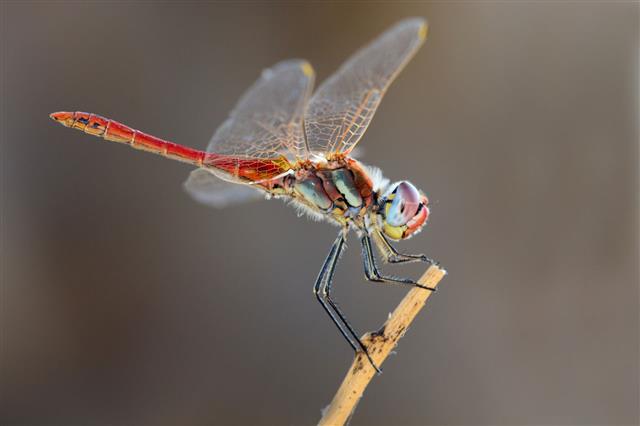 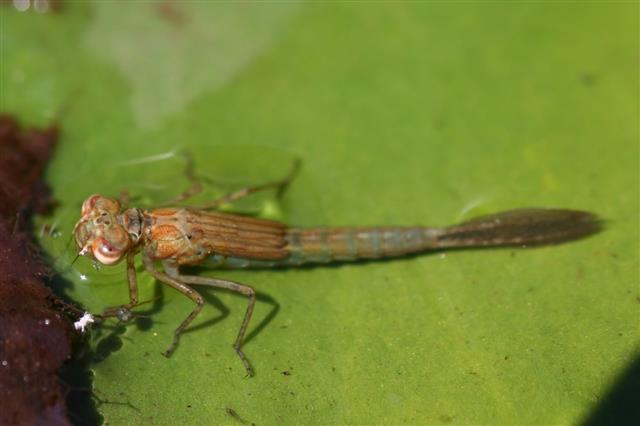 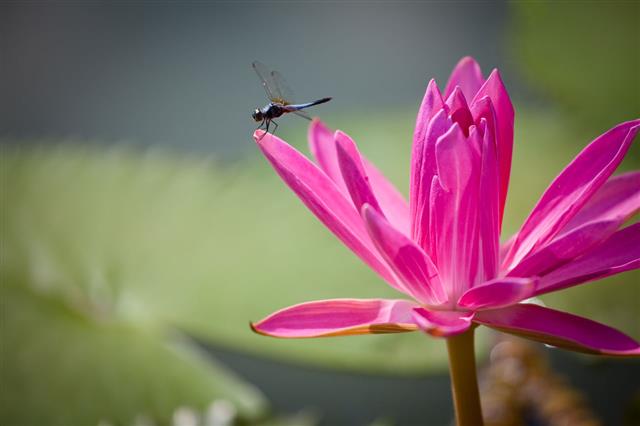 Dragonflies are a species of non-stinging insects that belong to the order Odonata. Their characteristic features are large eyes that are multifaceted, two pairs of wings that are transparent and strong, and a body that is elongated.

Often, damselflies are mistaken to be dragonflies. However, both these insects are quite different. When at rest, damselflies hold their wings above their body, and together or a little open. Dragonflies on the other hand, keep their wings horizontally, or sometimes a little forward and down. Plus, the dragonflies’ hind wings are broad at the base and are larger in size than the front pair of wings, whereas the both the wings of damselflies are basically similar. The eyes of dragonflies touch each other while damselflies’ eyes are separated.

Dragonflies have a large head and huge compound eyes, relative to the rest of their body. Each of their eyes is made up of about 28,000 ommatidia, or small, cone-shaped simple eyes. The two eyes cover most of the head, and over 80 percent of their brain analyzes visual information. Their antennae, in contrast, are very small. The mouth is adapted for biting, which makes them very good hunters. They also have a prehensile labium or lips which they can extend very fast before a prey can get away. These insects have six legs, which are all close to the head. They hardly ever use them for walking, but instead use them to stand on plants in order to lay eggs or rest, and also for hunting.

The insects’ iridescent wings are membranous and elongated, with extensive crossveins, making them strong and flexible. The wings also have a notch or nodus at the front edge. The absence of hinges is what prevents dragonflies from folding their wings.

The design of the wings enables the dragonflies to hover in the air for almost one minute, fly forward at lengths of around 100 times their bodies per second, and backwards at around three times the length of their bodies per second. The male dragonfly’s wings are comparatively narrower and longer than the female’s, particularly in larger species.

The wingspan of adults can be from 17 mm to 20 cm, depending on the species. The wingspan of most species that occur in the temperate zone is around 5-8 cm in length, and 2-12 cm in breadth.

Dragonflies spend most of their life as larvae, wherein they undergo molting about 6 to 15 times, depending on the species. The females lays eggs either near the water or in it, usually on plants that float on or grow out of water. Some species submerge themselves fully while laying eggs in order to find a suitable place to lay them on. Once hatched, the larvae can exist in the water by breathing through their internal gills and making use of extendable jaws to capture their prey, which can be either invertebrates or sometimes even vertebrates like tiny fish or tadpoles. This larval stage can be as long as 5 years in larger species of dragonflies, while in smaller species it can be from 2 months to 3 years.

Once it is time for the larvae to turn into adults, the nymphs come out of the water, climbing up on a reed or any other plant and emerge from their old skin one last time, coming out as dragonflies with wings. This usually takes place at night. Once they come out, the new insects wait for the sunrise and then pump their wings out and fly away to feed and to find a mate. The larger species of dragonflies can live up to 4 months in their adult stage.

As is evident, unlike beetles and butterflies, there is no pupal stage between the larval stage and an adult stage. This is why it is said that dragonflies are hemimetabolous, which means that they undergo ‘gradual’ or ‘incomplete’ metamorphosis.

Dragonflies eat just about anything that they find in abundance. They often hunt for food in groups when ants or termites are available in large numbers, or when there are swarms of gnats, caddisflies, or mayflies.

Although they are predators themselves, they too must be careful about various predators that make them a meal, such as water bugs, fish, spiders, frogs, lizards, birds, and even larger species of dragonflies preying on smaller species. Nevertheless, these insects are well adapted to escape being eaten as their visual responses and agile flight are exceptionally good.

Their habitat is highly variable depending on the species. While some species are highly-localized, others are quite widespread. While some species prefer marshy areas, others favor clear water or ponds that have still water, while still others have a preference for cool rivers or streams. When dragonflies are present in a particular place, it is indicative that the ecosystem of that place is in good condition since they are sensitive to pollution. They are also useful since they feed on mosquitoes. 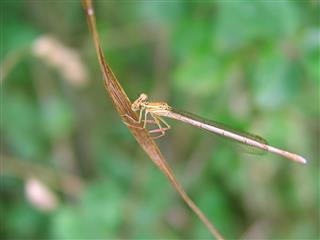 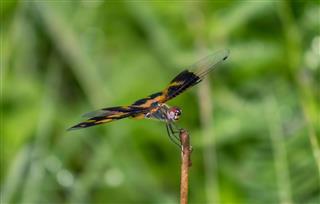 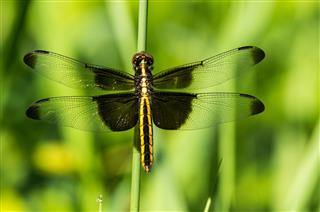 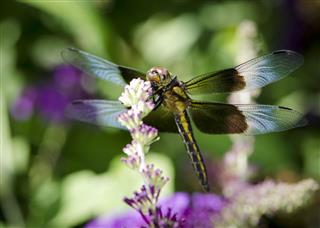