These Shocking Facts About Yellow Crazy Ants are Unbelievable!

The yellow crazy ants are indeed crazy, in fact deadly too! It is not just a nickname. Continue reading this AnimalSake article for more details.

You are here: Home / Uncategorized / These Shocking Facts About Yellow Crazy Ants are Unbelievable! 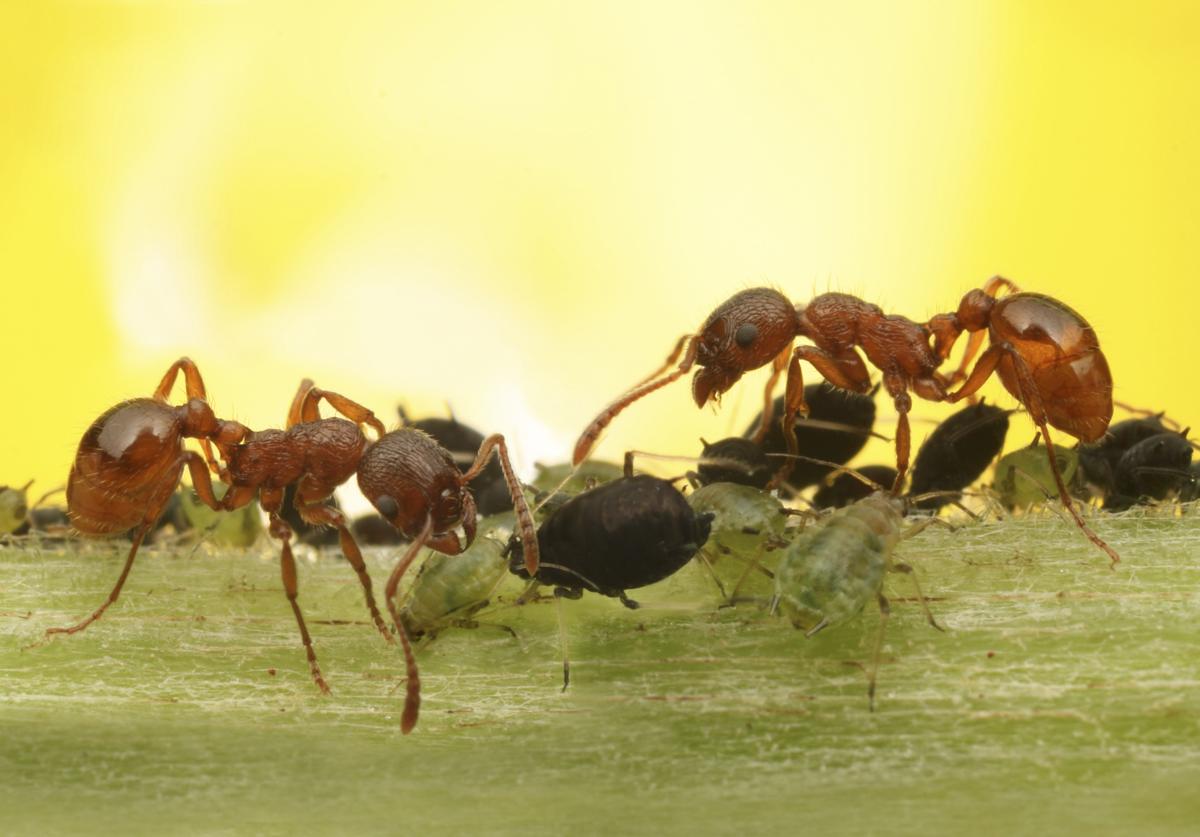 The yellow crazy ants are indeed crazy, in fact deadly too! It is not just a nickname. Continue reading this AnimalSake article for more details. 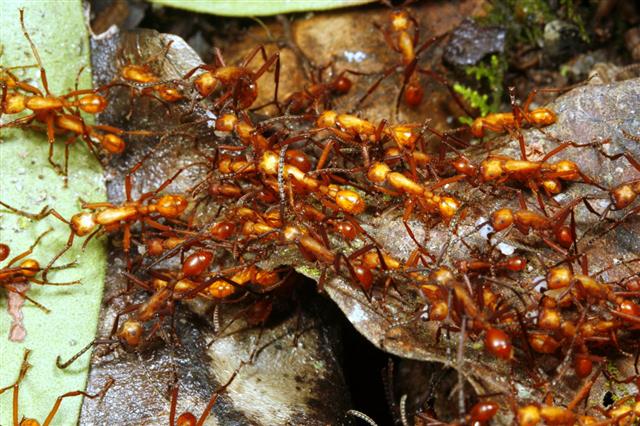 The first time I heard about this ant, I thought that may be the name was just a nickname…but I soon found out that it was not. The yellow crazy ant got its name from the frantic frenzy of movements that it does, especially when disturbed. They always walk rapidly. The body length of a worker ant is 4-5 mm. Queens are much more robust than workers, averaging about 10 mm in length. The life cycle of yellow crazy ant has been estimated to be 76-84 days. The International Union for Conservation of Nature has include this species in 100 examples of the world’s worst invasive species. Truly an ant that deserves the name it has!

The scientific name of this ant is Anoplolepis gracilipes. These ants have been declared as ‘Class 1 pest’ under the Land Protection (Pest and Stock Route Management) Act 2002 of the Australian government. The Commonwealth Government is funding a treatment program to eradicate them.

The yellow crazy ant was introduced by accident to Christmas Island in the Indian Ocean about 70 years back. It was also introduced to Australia accidentally. It quickly got a foothold, and started to take over. These exotic ants can be identified by their light yellow coloring, and super long legs and antennae. On Christmas Island, the problem started, when these ants began to form super colonies. Scientists really don’t have an exact idea as to where this ant even came from, they think that may be the place of origin is in Africa, India, or maybe even China. These are ants that know how to survive, and they also know how to take advantage of their environment. They can make a nest out of anything, they can nest in the ground, in palm trees, or even in your potting soil. When they get introduced to a new place, their effect on the ecosystem is indeed devastating. They are considered as a major environmental and agricultural pest.

In a normal ant population, there is one queen with all of her adept followers. These colonies almost always fight with their neighbors, and in doing so, they keep each other under control. What these ants started to do was to create super colonies; that is a whole bunch of queens and their armies banded together. One single nest can contain more than 1000 queens and tens of thousands of workers.

The very first super colony that was discovered on Christmas Island was on a high terrace, in 1989. This colony was isolated, and eventually died out, but it was not long, when they discovered more super colonies, that had formed in 1995 and 1997. At least 10 different places were found with super colonies. These colonies were spread over several hectares to a square kilometer.

These super colonies affected some 2500 hectares of the Island or 25% of the forest. Experts say that when a super colony establishes itself, it can double its size in a few months, or to put it in other words, it can expand 3 meters a day. Now that is scary!

The ants can be painful and dangerous to people and animals. They do not sting, but may spray formic acid when disturbed, and it can be particularly painful, if there is contact with the eyes. Spraying can cause skin burns and eye irritation in humans. The ants can kill a large animal in a mass attack. These ants are described as “scavenging predators”. They eat not only small isopods, myriapods, earthworms, mollusks, arachnids, and insects, but also large land crabs, birds, mammals, and reptiles.

The devastating effect of the super colonies on the island are readily apparent. These ants can overpower reptiles and coconut crabs. An estimated 20 million red crabs have been killed by these ants, about 30% of the island’s entire population! The ants succeed in their killing sprees by injecting an acid into the eye of their victims. The acid is poisonous to the red crabs, and it blinds them leaving them to starve to death, or be killed by predators. If the red crabs are wiped out completely, the entire ecosystem of the island will be affected, because these crabs live on the forest floor, and they eat saplings, and turn the soil with their burrows. They also fertilize the soil with their droppings. Therefore, if these crabs disappear, then the effect will be devastating.

The ants protect scale insects (a small insect/pest with a protective shield-like scale) that harm plant life in general. The ants rely on the scale insects for their energy. They get their carbohydrates from plant nectar and honeydew excreted by scale insects that suck sap from the trees. Honeydew is particularly important in their diet. Increased population of scale insects has seriously affected the local plant life.

The native birds have also suffered from this little pest. There is one type of bird named the Christmas Island Frigate Bird that they estimate will decline in population by 80% in the next 20-30 years. High densities of these ants can ruin native ‘keystone’ species. This can lead to a rapid alteration of ecosystem processes. The negative effects on endemic species eventually result in a general decline in biodiversity.

It took a couple of years for the researchers to figure out how to make a bait that would kill the ants, but be harmless to other animals and people on the Island. Finally there was a bait formed that was named Fipronil. It was a fish protein that attracted the ants, and a poison that killed them. This form of control has proved successful, but they say that a better one is still needed, because the yellow crazy ant is always three steps ahead.