You are here: Home / Uncategorized / Facts About Asian Elephants You Won’t Believe You Didn’t Know 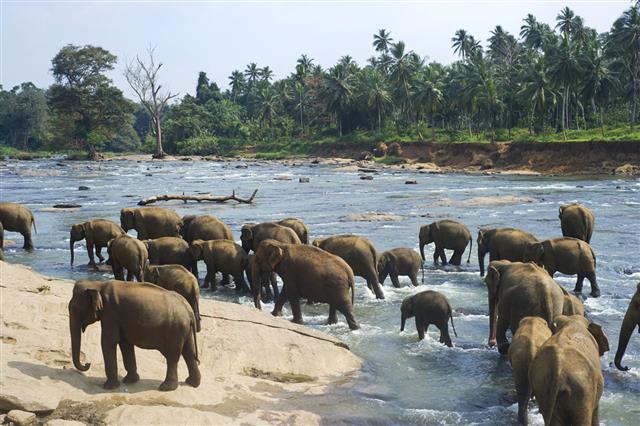 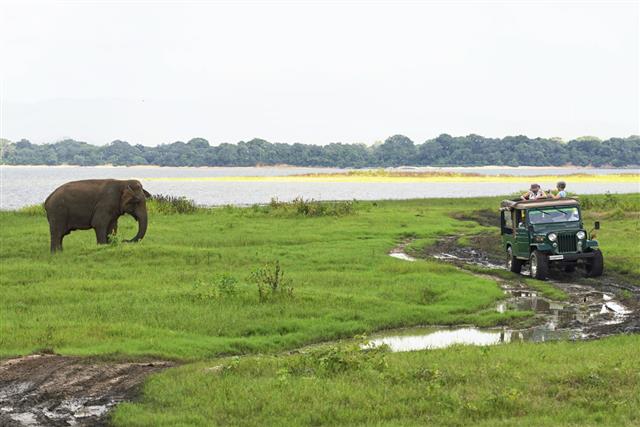 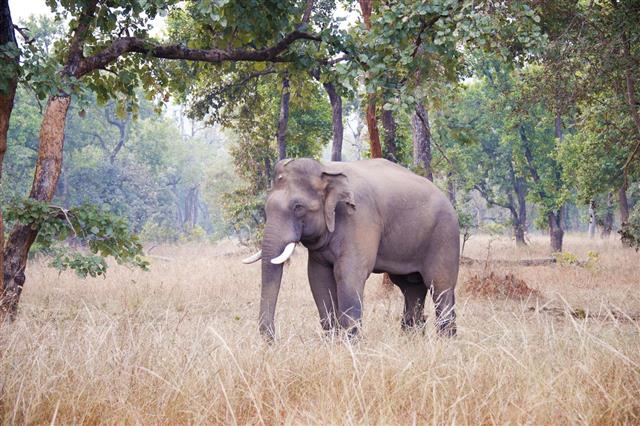 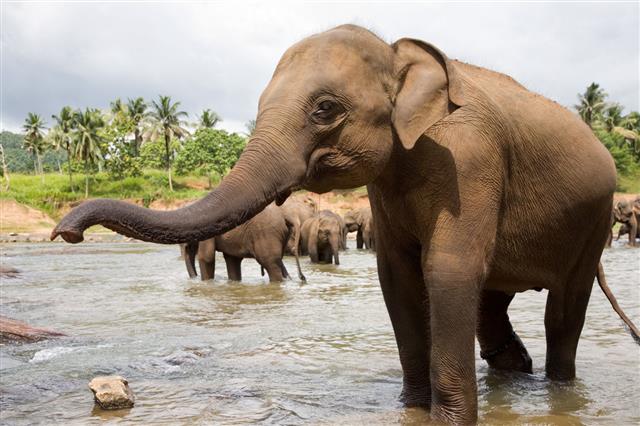 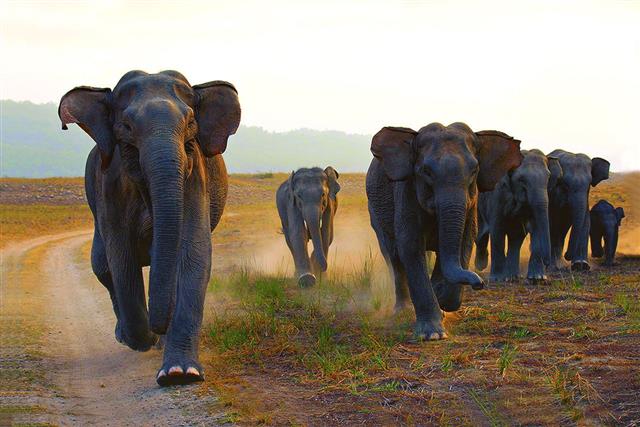 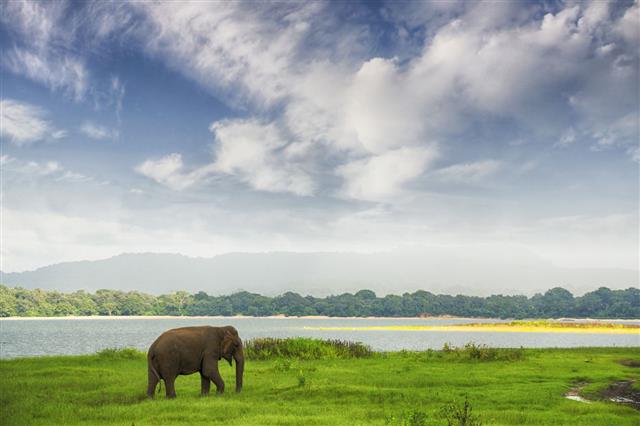 The trunk of Asian elephants is harder than that of others. The tip of an elephant’s trunk usually has two flaps of skin that are called ‘lips’. Asian elephants have only one of these lips, viz. the lower one. They have an average life-span of about 60 to 70 years. However, some even live beyond 80 years of age!

Elephants are very social animals and often move about in groups of 6 to 7 individuals. The group is led by the oldest and largest female; the social structure is hence, often referred to as ‘matriarchal’. Sometimes 2 or more groups come together and form herds, especially while migrating.

Asian elephants are very gentle and docile animals. The social nature of the animal is even reflected in the way elephants communicate with each other. Mostly elephants trumpet. However, they even purr while feeding. These low frequency sounds are carried over long distance, sometimes even as much as 10 miles away!

Elephants have even been described as rather timid creatures. An elephant is more likely to flee from a site rather than stay and attack in case of danger. They have very few enemies – who would want to mess with a giant anyway! However, there have been instances of tigers attacking a weak elephant, or a calf.

Male Asian elephants usually reach sexual maturity around 14 years of age. Sexually mature males – called ‘bulls’ (singular – bull), undergo something called ‘musth’. It is a period during which the male is very aggressive. The testosterone levels during musth can be 100 times higher than those throughout the year. Captive elephants (used in circuses or zoos) need to be chained down during this period. or they can cause massive destruction.

Female Asian elephants reach sexual maturity earlier than males – at around 9 years of age. This is probably why elephants follow a matriarchal social structure. On an average, a sexually mature female – called a ‘cow’ – gives birth to a calf every 4 years. If the conditions they are living in are favorable, this period may be reduced to around 2.5 years. The calf feeds on its mother for up to 3 years. Females tend to stay in groups, while males drift away after they grow up.

It may surprise you to know that the elephant brain is as complex as the human brain and even contains almost the same number of neurons! Such a highly complex brain allows elephants to mimic, play, crack a joke, remember, and even feel emotions like love, compassion and grief. Evidence of these traits is seen in the social behavior of the animal. Elephants also have a deep sense of altruism. They help elephants and other animals in distress, even humans.

Another interesting fact about elephants is that they exhibit ‘death rituals’. They are the only living creatures apart from humans to actually have death rituals. When an elephant dies, other elephants of the group gather around the deceased and cover the body with leaves, twigs and sand. They even weep and make loud screaming sounds. Elephants from one group also visit graves of elephants from another group.

The main reason for elephants to become an endangered species is loss of their natural habitat! Human activities lead to encroachment of the elephants space and habitat. Apart from this, poaching activities have also led to significant reduction in number of wild Asian elephants. The ivory tusks are of great value, and elephants have been sacrificed in great numbers for their tusks. However, the ivory trade has been banned since 1975.

There are only about 40,000 wild Asian elephants now, dispersed throughout Asia. Many renowned institutes like World Wildlife Fund (WWF) are contributing to the conservation of endangered species, including Asian elephants.

The Asian Elephant inhabits grasslands, deciduous forests and even scrub-lands. This goes hand in hand with their strict vegetarian diet – elephants feed on grass, leaves, tree barks, tender stems and even fruits. Captive elephants may even have food favorites! Some particularly like to eat bananas, rice and even sugarcane! However, elephants may migrate, especially in search of water. An adult elephant needs about 80 to 200 liters of water every single day!

Elephants are rather interesting creatures. They have shared a special bond with human beings since old times and continue to do so. I hope you know at least a little more about elephants now, than you knew before reading this article. They truly are ‘gentle giants’, with their hearts in the right place! 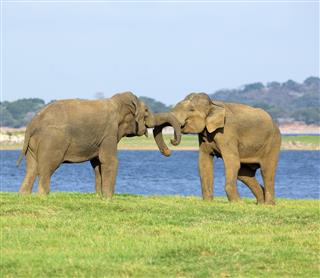 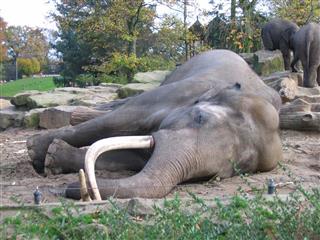 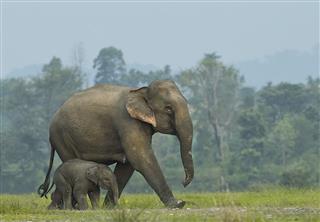 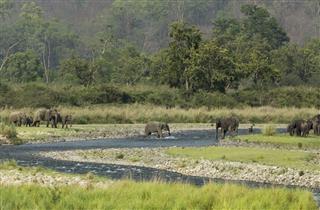 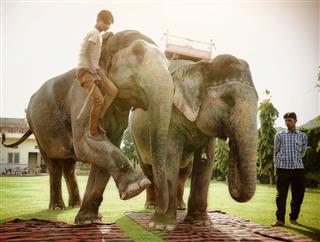