13 Wonderful Facts About Blobfish – The Ugliest Fish in the Ocean

Step aside and make way for ugliness as AnimalSake profiles the aesthetically-challenged blobfish, otherwise known as the ugliest fish in the ocean.

You are here: Home / Uncategorized / 13 Wonderful Facts About Blobfish – The Ugliest Fish in the Ocean 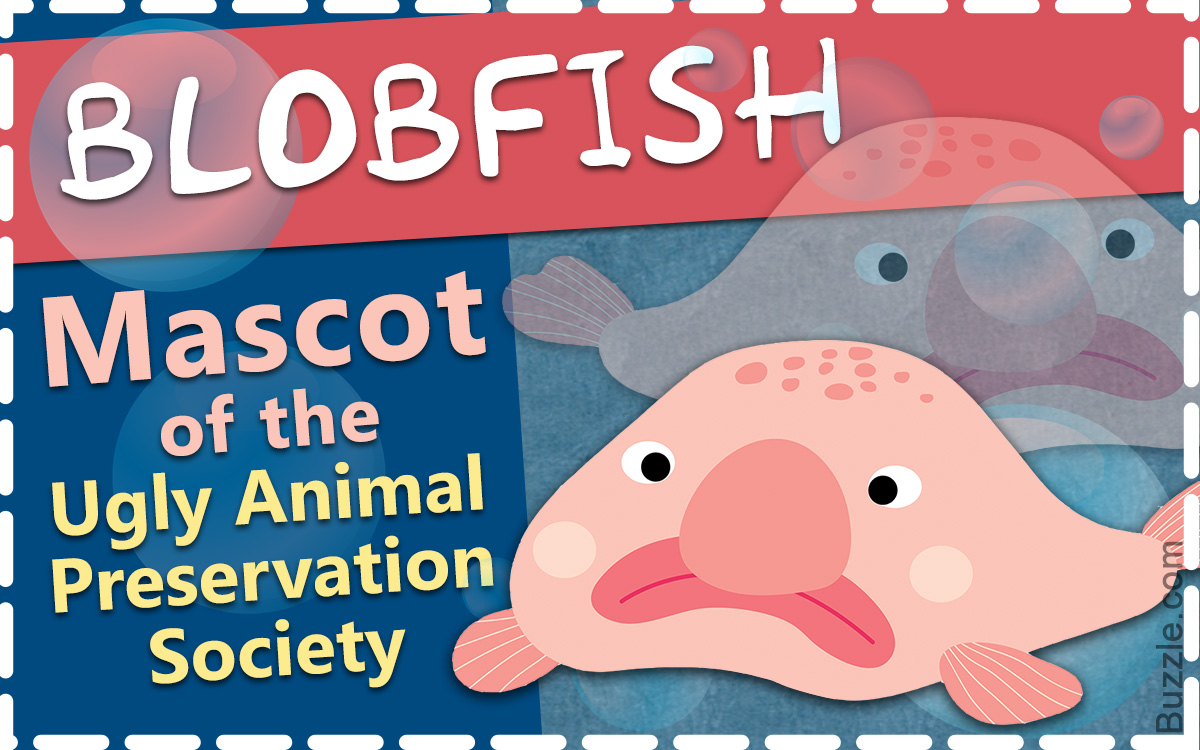 Step aside and make way for ugliness as AnimalSake profiles the aesthetically-challenged blobfish, otherwise known as the ugliest fish in the ocean.

Often caught as bycatch in fishing nets, environmentalists now fear that the blobfish is on its way to becoming endangered, owing to deep-ocean trawling.

It is rightly said that we now possess more knowledge about the Earth’s Moon than the deepest parts of our own oceans. Extreme living conditions persist here, with the scarcity of light and the thunderous pressure of the water; and yet, this region is home to some of the most interesting creatures to inhabit our planet.

They are mainly found in the deep waters off the coasts of Australia and Tasmania, along with New Zealand.

Blobfish live at depths between 600 and 1,200 m where the pressure is several notches higher than at sea level. This fish has therefore been rarely sighted.

With the absence of muscles in its body, the blobfish looks like a flesh-colored gelatinous ‘blob’ floating close to the sea bed. It sometimes bears an uncanny resemblance to a human face with eyes, lips and an oddly-large nose.

The blobfish looks like a regular fish in the deep sea.

The blobfish, unlike other sea creatures, lacks a gas bladder which maintains buoyancy. Its gelatinous body and low density allows it to float in water, which has a higher density. The near-absence of a skeleton and the jelly-like body is the only way to sustain under the tremendous pressure of the deep sea.

Due to the lack of muscles, the blobfish is rarely known to move. This quality is consistent with other deep-sea creatures which are known to conserve energy, a basic requirement in the harsh conditions.

These fish do not typically hunt. They simply hover in their place and open their mouth to suck in tiny edible particles that drift by. Their diet mainly comprises deep-ocean crustaceans.

Blobfish is considered inedible and not fished for food. However, it does face threats from over-fishing, since it thrives in the same habitat as edible bottom trawlers like crabs and lobsters, causing it to be picked up accidentally by fishermen.

Not much is known about these fish, and even lesser so about their life cycle. Going by the usual standards of deep-sea creatures, blobfish may live up to tens of years, provided their life is not unnaturally cut short.

The blobfish came into the spotlight as a result of its highly unusual features which resembled a miserable man.

Its weird body shape, and a head adorned with a huge nose and a frown, along with its tiny and sad looking eyes make it one of the most unique-looking sea creatures in the world.

Due to its low density, the blobfish appears to be very different when taken out of water―it resembles a gelatinous mass, rather than a fish. However, if a human being was placed in the deep sea environment, the pressure would surely result in crushing of his bones, leaving something of a paste-like mass behind.

In 2013, the blobfish was voted as the “World’s Ugliest Animal”. It went on to become the mascot of the Ugly Animal Preservation Society, an initiative “dedicated to raising the profile of some of Mother Nature’s more aesthetically-challenged children”.

Remember though, that the blobfish is only ugly when removed from its habitat. In the deep sea, it looks like a regular fish, definitely not meriting the ‘ugliest animal’ status.