The Plymouth Rock chicken, commonly known as 'Rocks' or 'Barred Rocks' lay eggs year-round. We give you a detailed insight into the temperament, characteristics, and growth rate, along with other important information about this chicken.

You are here: Home / Uncategorized / Crazily Fabulous Facts About the Plymouth Rock Chicken 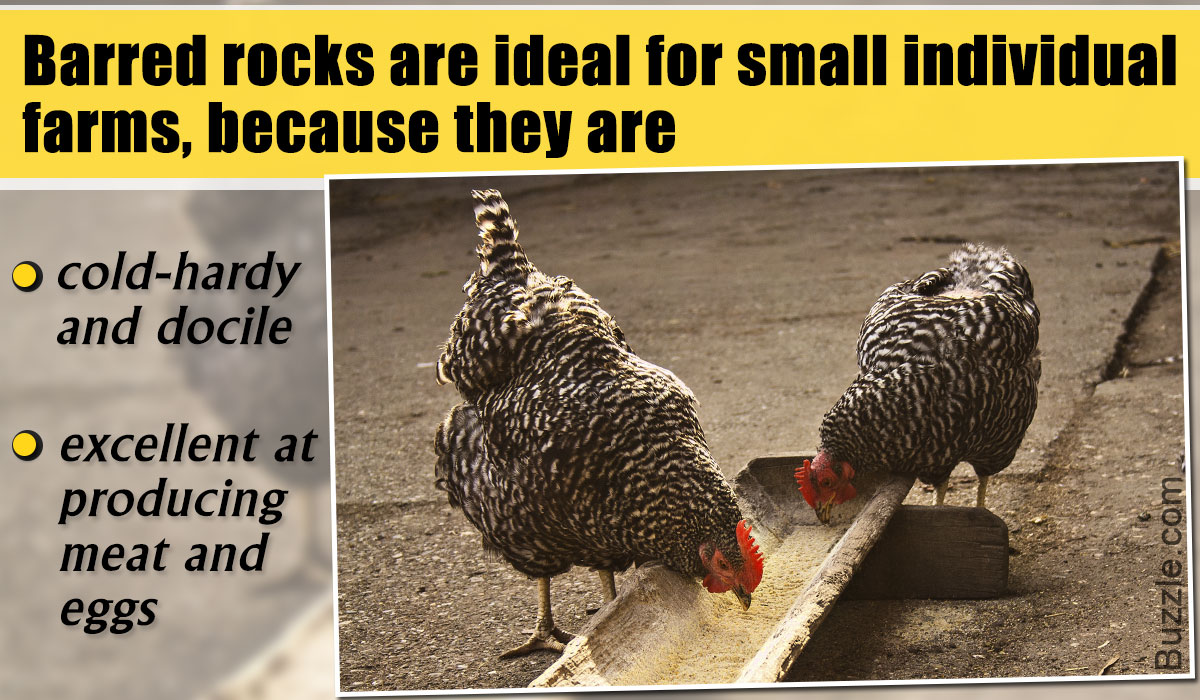 The Plymouth Rock chicken, commonly known as ‘Rocks’ or ‘Barred Rocks’ lay eggs year-round. We give you a detailed insight into the temperament, characteristics, and growth rate, along with other important information about this chicken.

The White Rock chicken has exhibited a dramatic increase in its growth rate over the years. However, the bird’s cardiovascular system and legs can’t keep up with the rest of its body, as they do not show any improvement to match its increased efficiency at feed conversion. This has greatly reduced its lifespan. Flip over disease is one of the main causes of deaths in these birds.

It was first exhibited as a breed in 1869. Because of its outstanding qualities like cold-hardiness, docility, and excellent egg and meat producing capacity, it soon became popular all over the world. Their plumpness is great for a roasted chicken.

The breed ‘Plymouth Rock’ is named after the town of ‘Plymouth’, where it was developed. The origins of the other colors and markings are difficult to determine. The first Plymouth Rocks were ‘barred’ in appearance. The other varieties were developed later. 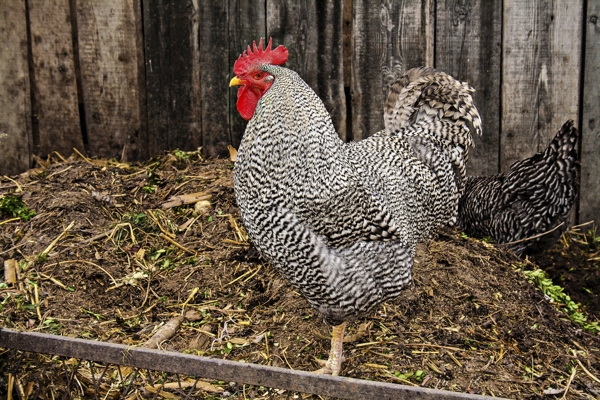 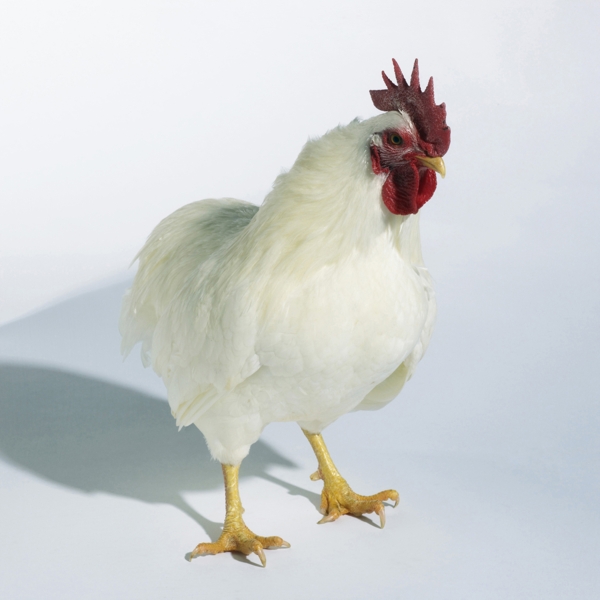 Standard colors of the Plymouth Rock in the United Kingdom, America, and Canada are black and white (Barred, Columbian, for which the black pigmentation is restricted to the neck striping, wing markings, and tail, or Silver Penciled), white, buff, partridge, black, and blue. The color of the chicks can be light/dark gray.

However, as per the Australian Poultry Standard, they can be light/dark barred, blue, black, Columbian, white, buff, Silver Penciled rainbow, and partridge.

They have a single moderate-sized comb. The skin and legs are yellowish. The barred color pattern in Barred Rock roosters is due to a dominant sex-linked gene, and the males are usually lighter in color than the females.

The eggs are relatively larger and brownish. They can be light to medium brown, and may have a pinkish tinge.

They are known for their long, broad back and a moderately deep, full breast. The deep, full abdomen of a hen conveys the information that the hen is a good layer.

They have a red face, red ear lobes, a bright yellow beak, and bay-colored eyes.

Young hens less than one-year old are called pullets. Breeders should not select birds with shallow breasts, high tails, narrow bodies, and small size for the breeding pen. The rooster of a Bantam variety may weigh about 3.09 lb (1.4 kg) while the hen may weigh about 2.65 lb (1.2 kg).

Barred Rocks are large, vigorous, friendly, cold-hardy chickens. They can tolerate both hot and cold climates. They lay eggs in winters without heat lamps. They are easy to tame and they make wonderful pets for children.

Until World War II, no chicken breed was as popular as the Barred Plymouth Rock. It is one of the foundation breeds for the broiler industry. Even today, White Plymouth Rocks are the female breeders of 95% of the world’s table birds. They are used as the female side of the commercial broiler cross.

As Barred Rocks are not good fliers, they do not require high fencing. They like to run free and they are excellent free range birds. However, they perform well even when confined in a coop. They are good foragers, but they do not require a lot of space. They tolerate poor management systems.

Both Barred Rock roosters and hens are calm. They don’t make much noise. They get along well with children, people, and pets.

They have relatively short feathers that are loosely held. The bottom feathers are very soft like silk.

The hens are good mothers. They are likely to go broody if in the right environment. So, eggs should be picked up regularly.

During the molting period, the hens don’t lay eggs. Decreased egg production may be noticed during winter. The number of eggs laid depends upon the strains of the birds.

Rocks produce an average of 200 eggs per year (around 4 eggs/week). White Rocks start laying eggs at about 5-6 months after hatching. They are one of the earliest maturing laying hens.

It is more economical to raise a chicken that gains weight fast. The older you raise the chicken, the more feed per pound of its body weight will be required. Usually, broilers/fryers are butchered at 3.5-5 lbs and roasters are butchered at 6-8 lbs. The Cornish Rock cross, a cross between Cornish and Plymouth Rock, quickly puts on weight.

The time taken to reach butcher weight by this cross breed is comparatively shorter. At 6-8 weeks, it may weigh about 5-6 pounds. It is profitable to raise this chicken. However, it is likely to suffer from leg problems. The White Rock chicken also exhibits a rapid growth rate. Their easy-to-dress feathers and golden yellow skin make them desirable. However, it is important to know the form and quantity in which the essential nutrients need to be supplied to support maximum growth.

It has been noticed that the bird’s heart and legs often fail to keep up with the rest of its body. This is why more and more White Rocks are succumbing to flip-over disease (Sudden Death Syndrome or heart attacks), and ascites (accumulation of fluid in the body cavity) caused by right heart failure (RHF). The healthiest and the biggest birds, especially the males, are often found on their backs (that is why the name ‘flip over disease’).

It can happen as early as 3 days of age, and any time after this. As these birds are already stressed due to rapid growth, they are much more prone to environmental stresses than other breeds. This has made them increasingly more difficult to raise.

Barred rocks are prized for both their meat and eggs. In free-range situations, the birds can roam freely. They may take longer to grow if they are allowed to move around and exercise, but they may be healthier. The Plymouth Rock chicken breed has sustained a great popularity for nearly 150 years due to its adaptability to various climates. It is an ideal breed for beginners. A flock of these pure white or barred birds is a beautiful sight. With proper care, you should experience lower mortality and fewer health problems.