Mosquitoes bite. Dragonflies, praying mantises and wasps do too. These are some predatory and carnivorous members of the insect world. But did you know of an ant species, that like some insect army, marches continuously in search of prey, then attacks it in a huge crawling swarm? Intrigued? Scroll below to learn about the army ant.

Mosquitoes bite. Dragonflies, praying mantises and wasps do too. These are some predatory and carnivorous members of the insect world. But did you know of an ant species, that like some insect army, marches continuously in search of prey, then attacks it in a huge crawling swarm? Intrigued? Scroll below to learn about the army ant. 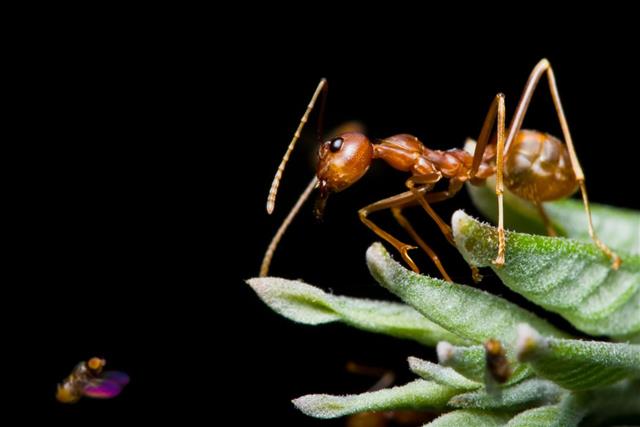 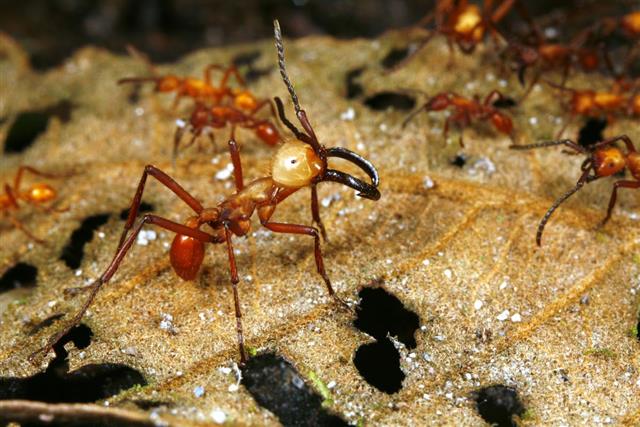 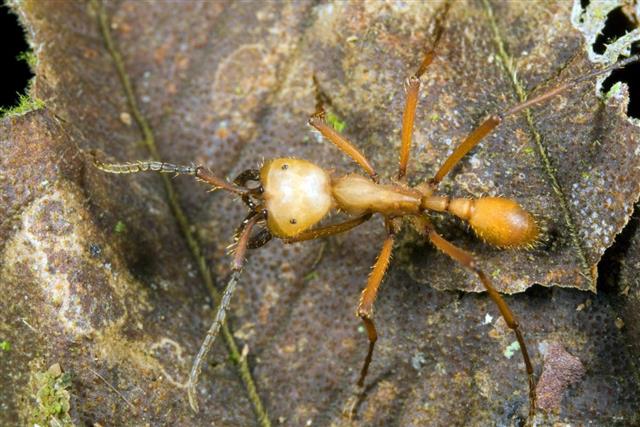 The hardworking ant and the lazy grasshopper story has designated the ant, as a diligent, sincere and earnest food gatherer, who is part of a colony and lives in an ant hill. Nature’s average Joe. But even an average Joe can turn into a superhero. And amongst the different ant species, the army ant is one super aggressive, super hungry and superbly deadly ant. Army ants are also known as legionary ants or driver ants. This is a sub-species of the main ant family, Formicidae and in turn, has at least 150 sub-species, located in different countries around the globe. They are mostly found in hot, humid, tropical regions such as the forests of Central and South America, Africa and some Asian countries.

The various points of the army ant species are listed based on various areas of their life-cycle.

Ants have ant hills and nests. But army ants live life on the move. They are the only ant species to not build a place of dwelling. They are mobile and on the move for nearly their entire existence. These insects are mobile during the day and stationary during the night but some army ant sub-species are nocturnal in nature.

Army ants do rest at night but not in a conventional nest made into the soil. Rather they band together to form a living nest. Each ant will hold on to the others legs and form a linked chain or ball structure. This is known as a bivouac.

When the larvae ants start to transform into cocoons, the marching colony comes to a halt. For the next 2-3 weeks, the queen is pampered and fed exclusively because she will soon give birth and needs the sustenance. She lays her eggs and soon the larvae will break out of their cocoons. Then the ants go on the move again. This break to feed the queen is the only time the army ants get to stop marching.

These ants like other ant species, follow an internal hierarchy or social order. There is the soldier ant or the military man, the Rambo, if you will of the army ant colony. This ant is impressively equipped with long, sickle-shaped mandibles or jaws, designed to tear, slice and cut at prey. Such a pair of molars are nearly half the ant’s size. Long legs and a long, narrow body complete the soldier ant. His main job is to hunt, kill and bring back food in little chunks. These deadly ants are dark brown or golden brown in color.

The worker ant or drone ant is designed to work. Such ants are male and female and are equipped with stingers. They also possess large tarsal hooks on their feet, used for hooking into each other to form a bivouac. Sort of like a tow truck hooking into a car.

The head honcho is of course the queen. Her job is to lay the eggs, her female workers will aid the eggs in hatching and take care of the larvae. In a bivouac, the queen is the innermost member, well protected along with her young and eggs. Surrounding her are the younger female workers, then the older female workers. A slight noise or tremor and the soldier ants will spring into action to defend the bivouac.

The impressive numeric strength of the army ants is due to their queen’s very fertile and overactive womb. A fertilized queen lays at least 30,000 eggs per day during the birthing period. So on an average, an army ant colony will consist of 300,000 – 700,000 members.

Army ants are not your conventional “foraging and gathering food” ants. They are aggressive and very active carnivorous insects. Army ants are very alike to Vikings in terms of their battle strategies. They attack as a force, en masse, like a huge swarming horde, surrounding their prey quickly to tear, bite and kill. They will climb on top of the prey and bite at it with force, in an effort to get it to stop moving.

These ants are keen strategists, different species have different attacking methods. One way is to swarm or overcome the prey like a tidal wave, swarming into an area, filling it completely and killing everything in its path. Another way is to attack in small groups or raids, one from the front, one from the back… one minute nothing, next minute, millions of little groups are attacking you. This technique also works in scouting out for food, as different groups can cover a large area in a short time. They leave behind chemical trails for the other parties to follow.

Army ants may have teeth but they consume only liquids. So they use their jaws to tear off and bite into flesh, make it small little chunks and scurry off with the chunks to feed the queen and the larvae. They eat by injecting venom into the flesh chunk, liquidizing it with the acid of the venom. The worker ants have to feed the soldier ants along with the queen and the larvae. Army ants are so vicious in their job to make chunks out of prey, that they often focus on any part of the prey that is handy, leaving the organs intact, so the prey is steadily eaten alive.

What can army ants eat? A shorter answer is what they can’t eat. Humans and large animals like cows, horses, sheep and goats are not considered prey but if the horde is extremely large and if the animal is close to the ground, army ants can attack such large animals or at least bite and wound. These ants are unpredictable in a feeding frenzy. They can eat up to 100,000 animals a day. Depending on the species and their habitat, their prey list may vary. Some species take to the trees and attack birds, tree insects, snakes and nests. Some ants stay close to the leafy floor of the forest, attacking anything unfortunate enough to pass by. These ants will also destroy other ants hills and nests and steal from wasps nests too.

Army ants may have impressive numbers, very large machete-like devouring jaws and a very voracious appetite, making them a formidable predatory force but their one weakness is that they are blind. So how do they hunt, chase and feed on prey? By noticing and feeling movement on the ground. When the prey runs, the ant can feel the earth’s tremors and runs towards the source of the tremors. The more the prey runs, the faster the ant will find it. Sit still and it may have a chance.

Where there’s a will, there is a way and Nature demonstrates this very aptly. The army ant is a deadly but blind predator and the stick insect avoids such a hunting force, by keeping perfectly still and letting the ant army march harmlessly over it. Armored beetles do the same. The attack of an army ant colony can rouse and send insects fleeing, so animals like monkeys and birds such as wrens, thrushes and antbirds, wait on the sidelines to pick off any escaping prey. It’s a win-win situation and this is a type of symbiotic relationship called commensalism.

The above army ants facts highlight an oft-ignored fact about Nature itself: even the tiniest creature has a mighty bite and is not afraid to use it.