Important And Immensely Interesting Facts About the Gopher Tortoise

Gopher tortoise belongs to a breed of land tortoises which originated some 60 million years ago. This particular age fact makes them one of the oldest living species on planet earth, and this articles displays some more amazing facts about this animal.

You are here: Home / Uncategorized / Important And Immensely Interesting Facts About the Gopher Tortoise

Gopher tortoise belongs to a breed of land tortoises which originated some 60 million years ago. This particular age fact makes them one of the oldest living species on planet earth, and this articles displays some more amazing facts about this animal. 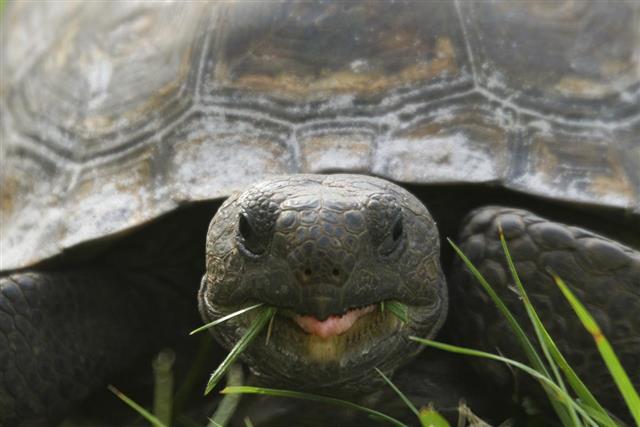 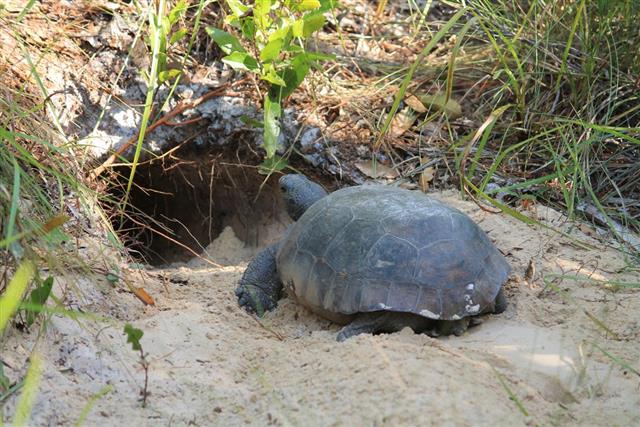 The gopher tortoise, Gopherus polyohemus, is a species of tortoise native to the Southeastern United States. This ancient animal is often seen as a keystone species because they dig out large burrows which provide shelter for various species of animals.

As mentioned before, this species of tortoise originated in the western region of North America and can now be found in various states which lie to the east of Mississippi river. The majority of the population can be found in Southern Georgia and North Central Florida. Due to the rise in deforestation, these tortoises have decreased in numbers and this breed currently is an endangered one. Let us see some more interesting facts on gopher tortoise.

This tortoise can reach to a length of 16 inches ant the weight of this animal is about 30 pounds. The color of the top part of its shell is dark brown to grayish and the bottom part of the shell is yellowish in color. Many people find it very difficult to distinguish between the males and females. The best way to tell them apart is by observing their plastron. Males have a concave plastron and a longer tail than the females.

These tortoises prefer living in dry climates. They prefer dry prairies, live oak hammocks and long-leaf pine savannas. They can live a healthy life in captivity provided they are given their preferred environment. These tortoises are expert diggers and they dig deep burrows to escape hot temperatures and to hide from various predators. The size of their burrows vary, some of the burrows have measured more than 30 feet. The size of the burrows usually depend on the water table. Another amazing gopher tortoise fun fact is that this animal shares its home with many other animals such as mice, snakes, frogs, lizards, skunks, burrowing owls and armadillos.

Gopher tortoises can live up to 40 years and they reach sexual maturity at about 10 to 15 years. Their mating season falls in between the months of April and November. Female tortoises prefer laying eggs in the open and they can lay about 1 to 25 eggs at once. Temperature of the nest plays a very important role in determining the sex of the baby. Usually the nest is made by the females below sand. Incubation period can last from 80 to 90 days in Florida and almost 110 days in South Carolina.

Unlike other tortoises, gopher tortoises mainly depend on vegetation and their diet consists of different types of plants, flowers, vegetables and fruits. They will eat almost every kind of plant but they prefer broad-leaved grass, wire-grass and terrestrial legumes. They also eat mushrooms, paw paw, blackberries, gopher apple and saw palmetto berries. Young tortoises prefer eating more legumes as they are more rich in protein. Some wildlife experts have also observed them scavenging on dead animals. Gopher tortoises never drink water as their body makes enough with all the food that they eat. However, in cases of extreme drought, gopher tortoises are known to consume water.

Due to frequent deforestation, the US Fish and Wildlife Services have listed the gopher tortoise as a ‘Threatened Species’. In addition to deforestation there are various contributing factors such as natural and human predation which have lowered their numbers considerably. Due to their decreasing numbers, today gopher tortoises are considered safe only in captivity.

Hope this article on gopher tortoise facts was an interesting read. It is very sad to see that such primitive animals are not safe in their natural habitat mainly because of human invasions. 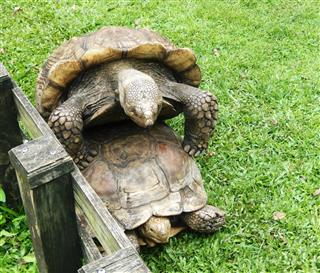 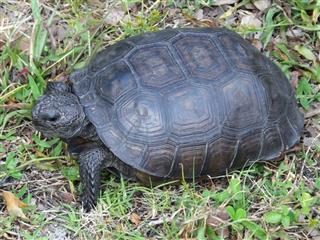