Ever since their discovery, dinosaurs have been a huge source of excitement for all of us. With every new finding, our understanding broadens and makes us wonder who the king of that jungle was. We bring you the showdown of the Giganotosaurus Vs. Megalosaurus based on their known features. 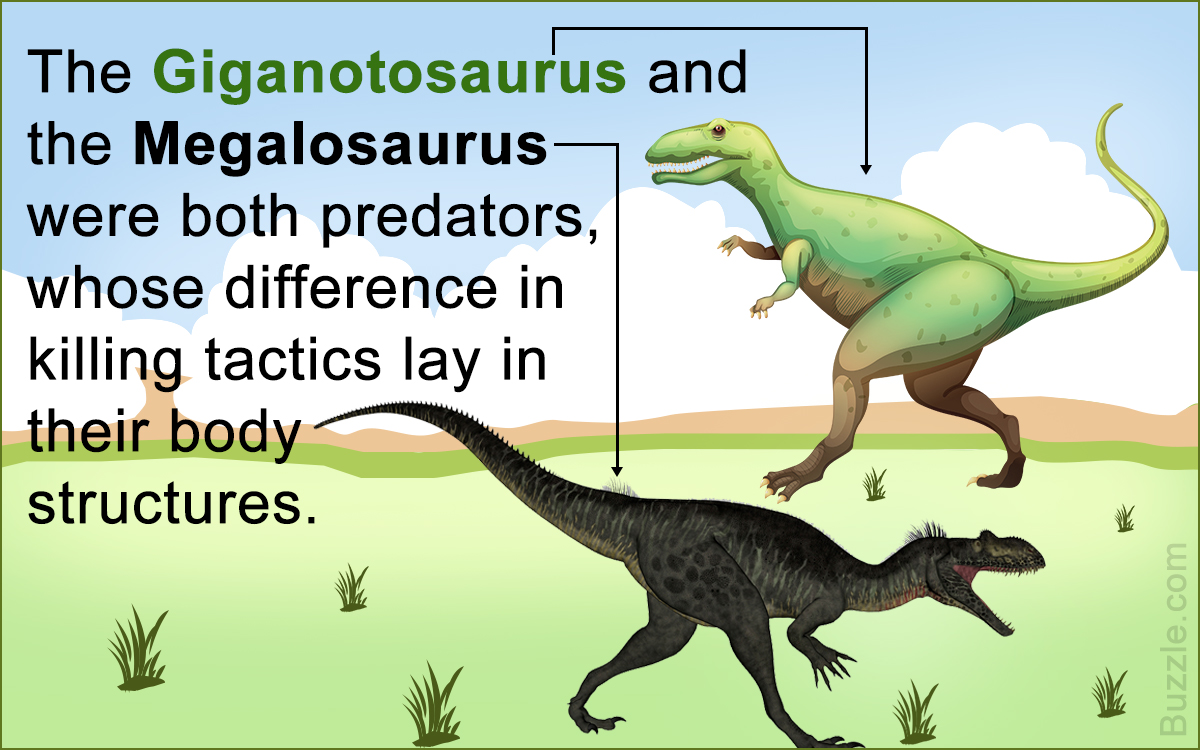 Ever since their discovery, dinosaurs have been a huge source of excitement for all of us. With every new finding, our understanding broadens and makes us wonder who the king of that jungle was. We bring you the showdown of the Giganotosaurus Vs. Megalosaurus based on their known features.

Interestingly, the Megalosaurus was the first dinosaur to be discovered and scientifically named, which eventually led to the creation of the subject of paleontology in the field of science.

Before the year 1820, very little was known about the history or presence of any other living form other than what was already known or present. With discoveries and findings on a large scale therein, we have come to acknowledge and understand the life forms that preceded us. And with that know-how comes the emergence of curiosity.

Dinosaurs are one of man’s greatest discoveries, and the scope of finding new information is so large that we have a long way to go before we figure it all out. But for now, the exciting knowledge makes us question who was the best or which was better than the other. We will focus on two legendary carnivores: the Megalosaurus and Giganotosaurus.

It’s from the Cenomanian age of the Late Cretaceous period, which is approximately 112 to 97 million years ago.

The finding was made by an amateur fossil hunter named Rubén Dario Carolini on July 25, 1993 in the deposits of Patagonia in what is now South Argentina, and referred to as the Candeleros Formation.

It was finally reported in 1994, and an initial description was published by Rodolfo Coria and Leonardo Salgado in a journal called “Nature” in September 1995.

Only 70% of the skeleton has been found till date.

It is said to have become extinct at the end of the Mesozoic Era.

The name is derived from the Greek words ‘megas’, meaning ‘great’, and ‘sauros’, meaning ‘lizard’, thus translated as ‘Great Lizard’.

It is from the Bathonian age of the Mid-Jurassic Period, which is approximately a 168-166 million years old.

Earliest possible fossils were found around 1676, in Oxfordshire (Southern England) in the Taynton Limestone Formations.

Sir Thomas Pennyson gave a bone fragment to Robert Plot who published it in his book “Natural History of Oxfordshire” (1676). It was the first image of a dinosaur bone to be published.

After a lot of misnaming and lack of proper evidence or knowledge, William Buckland made some bone findings which he studied, and later named the species “Megalosaurus” in 1824. This was finally renamed Megalosaurus bucklandii by Gideon Mantell in 1827.

BATTLE OF THE BEASTS

So if there was a clash between these two majestic creatures, who would win the battle? Both of them are pretty evenly matched. But what puts the Megalosaurus at a great disadvantage is its opponent’s massive size. But then again, the Megalosaurus does have a larger brain. So does brain defeat brawn? We can only wonder!

These two notorious and colossal creatures are, each, the rulers in the group, in their own right, and they provide more magic and mystery to the intriguing subject of dinosaurs.