The world's largest known predatory fish, the Great White Shark lies at the very top of the marine food chain. Get some interesting facts about this mighty shark in the upcoming AnimalSake article. 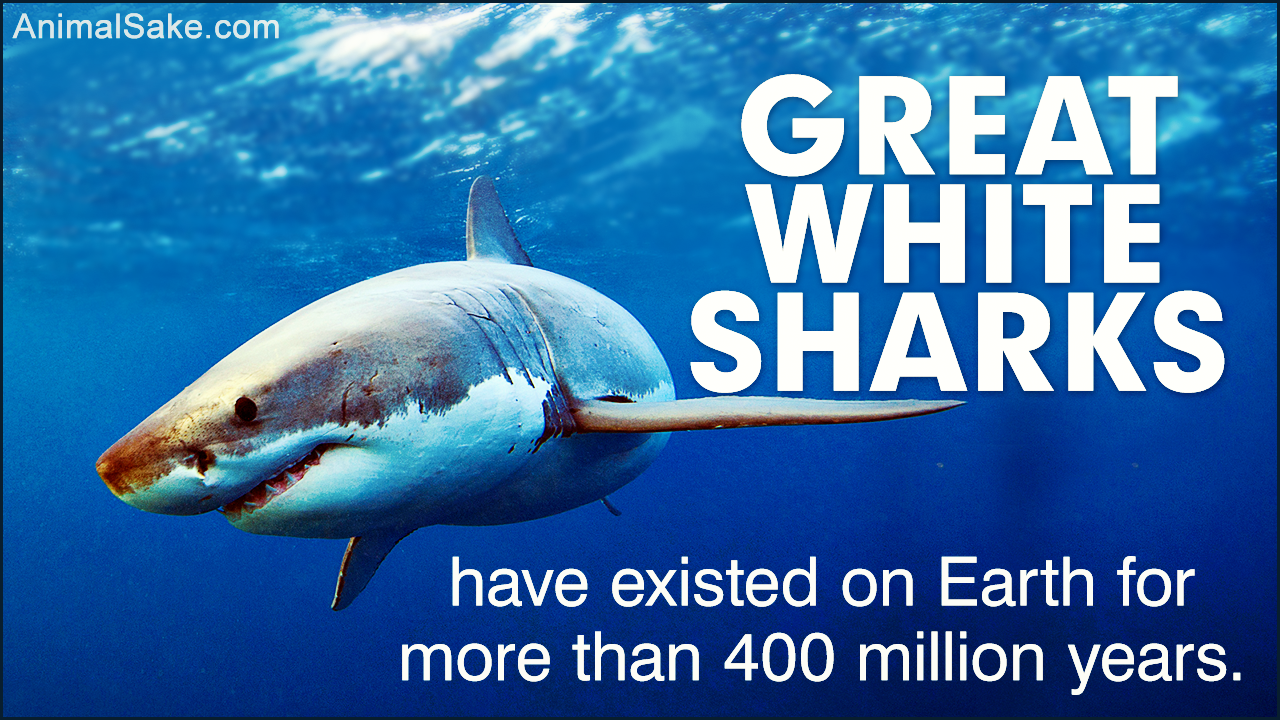 The world’s largest known predatory fish, the Great White Shark lies at the very top of the marine food chain. Get some interesting facts about this mighty shark in the upcoming AnimalSake article.

In the realms of the deep, where most humans dread to enter, lives the Great White Shark, which is considered a notorious creature. Some time ago, it was satisfied in its sanctuary, having lived in oblivion for over 350 million years! Peering eyes and inquisitive minds did not leave it alone for very long.

These fascinating creatures became infamous after Peter Benchley’s novel and Steven Spielberg’s movie called “Jaws”. They are ferocious, but evidently not man-eaters. They prefer proteins that are generally available underwater. However, because of the illegal poaching, sharks have identified humans as their enemy, thus resulting in a rise in the number of shark attacks on humans.

This wonderful aquatic animal has more to it than being simply scary. These animals are very wise and cunning. There are a lot of facts regarding the Great White Sharks that we are unaware of. Let’s take a look at them in detail.

✜ It is also known by other names, such as white pointer, the great white, and white death.

✜ Carcharodon means “ragged tooth” in Greek, a name fit for this animal.

✜ The Great White Sharks have existed on Earth for more than 400 million years, even before dinosaurs came into existence.

✜ C. megalodon, a prehistoric shark, is believed to be 98 ft long, which is 5 times in size as compared to the white sharks.

✜ Nicolas Steno, a Danish geologist, was the first person who identified shark fossil teeth in the year 1667.

Although the Great White Shark is more than three times in size as compared to humans, it weighs 200 times more than an average human being.

✜ A male white shark can be 11-13 ft long, while the female shark can be 15-16 ft in length. However, they can be as long as 20 ft, and females are generally larger than the males.

✜ With a torpedo-shaped body and a pointed snout, these Great White Sharks are best known as streamline swimmers in the underwater world. They can swim up to a speed of 35 miles per hour.

✜ The Great White Sharks are not completely white. Their backs are of different colors, like black, blue, gray, or brown.

✜ The liver of a Great White Shark is huge and makes up for approximately 24% of the entire weight.

✜ The pores located on the snout and head of these sharks have an electrically conductive jelly that helps them in navigation and detection of their prey with the help of the Earth’s magnetism.

The lateral line is made of cells that helps it to identify very minute vibrations made in water.

✜ The Great White Sharks are one of the most popular examples of successful evolution. Their brain and six senses have adapted well into the ever-changing environment.

✜ About 18% of the Great White Shark’s brain is utilized by smell and taste sensory centers. This enables them to recognize the scent of one drop of blood in 10 million drops of water.

✜ White sharks have very tiny external ears, which look like two holes; nevertheless, they are very powerful and can sense every little vibration made on water.

✜ The retina of a Great White Shark has two sections — one for daytime vision and another for nighttime vision. In case they are threatened by an attacker, these giant sharks role their eyes back into the socket.

✜ There are specific taste buds located inside the mouth and throat of these sharks that assist them in identifying their victim before swallowing.

✜ The lateral line runs through the middle of the body to the tail. This line has an acute sense of touch, enabling the white shark to feel vibrations as far as 250 meters away.

✜ White sharks have a sixth sense — they can detect an electrical field. This sense assists them in traveling by following magnetic patterns of the Earth’s crust.

✜ White sharks prefer fatty meals that are rich in protein. They eat whatever they can hunt, although their favorite meals are sea lion and seal.

✜ They can eat almost 11 tons of food in a year. According to some scientists, after a hearty meal, a white shark may not eat for as long as three months.

✜ As the Great White Sharks are warm-blooded animals, they prefer to live in temperate waters. They also prefer to either live on the surface of the water or in the deep seas, but rarely in mid-depths of the sea.

✜ As elephant seals are found in abundance in the California coast and cape fur seals in the South African coasts, white sharks have also been spotted in the same region.

✜ Dyer Island, South Africa has the densest population of Great White Sharks and is a favorite destination to study and research about them.

✜ In 2004, it was found through advanced tagging that one white shark traveled from South Africa to Australia within a year. The 6,800-mile long journey in a short time of mere nine months is considered to be the fastest long-distance swimming by a white shark. This finding, in fact, has changed several notions regarding the migration pattern of Great White Sharks.

✜ Not much is known about their mating ritual; however, it is believed that feasting on giant fish has often induced mating. After studying the bodies of pregnant white sharks, it is also found that the male bites the female to hold her to one place for inseminating.

✜ Great White Sharks give eggs, which are hatched inside their body, making them ovoviviparous. The gestation period is about 12-18 weeks after which the white shark pups are born. The litter size can vary from 2-17 pups.

✜ The embryos eat the unfertilized eggs while developing inside the womb. This practice is known as oophagy. However, they do not eat the fertilized eggs. These embryos also swallow their broken teeth to fulfill their calcium needs.

✜ At birth, white shark pups are 5 ft. long and weigh about 77 pounds.

The Great White Shark is the most powerful predator in the world. Its anatomy and mechanism of the body makes it the most feared and efficient hunting machine.

✜ The Great White Sharks are very curious by nature. This is one of the reasons for an increase in the number of human attacks.

✜ Because of the skin color, it is very difficult for the prey to recognize the white shark. These sharks swim under the surface unnoticed, until they are nearer to their prey. A sudden attack leaves the prey helpless.

✜ On rare occasions, the white sharks swim on their back while hunting.

✜ White sharks never fight for food while hunting in packs. They rather resort to fin slapping.

✜ After getting the prey in a tight grip between the jaws, the white shark swallows it; they never chew their food. As shown in the movie Jaws, white sharks actually move their head from side-to-side in a rigorous motion to cut their prey into pieces.

✜ The Great White Sharks have been hunted for their fins, teeth, and also for casual hunting, gradually enlisting them as an endangered species. There are less than 10,000 white sharks left in the world.

✜ As they mature late and have a very slow reproduction cycle, conservationists are concerned and are trying to probe into the matter.

✜ Some countries have completely banned white shark hunting and have made it a criminal offense. Several other countries, like South Africa, New Zealand, Australia, and Israel have provided for and taken measures to protect these animals in their national waters.

✜ The fear from this ferocious animal is set so deeply in the human minds that we are ready to deny the adverse affect that the extinction of this species can have on the marine ecosystem.

Several communities have been formed to create awareness regarding the endangered status of the Great White Shark. Most of these organizations have been founded by survivors of a shark attack.

✜ White shark meat has a high concentration of mercury, making it inedible for human consumption.

✜ White sharks attack humans only if they mistake them for seals. Once they realize their mistake, they leave the prey. This is the reason why 70% humans survive an attack.

✜ The Great White Sharks migrate for long distances. The researchers have still not found the reason behind their migration.