White Siberian tigers are no longer known to exist in the wild and are often found in zoos. The article to come will reveal more on them and their existence. 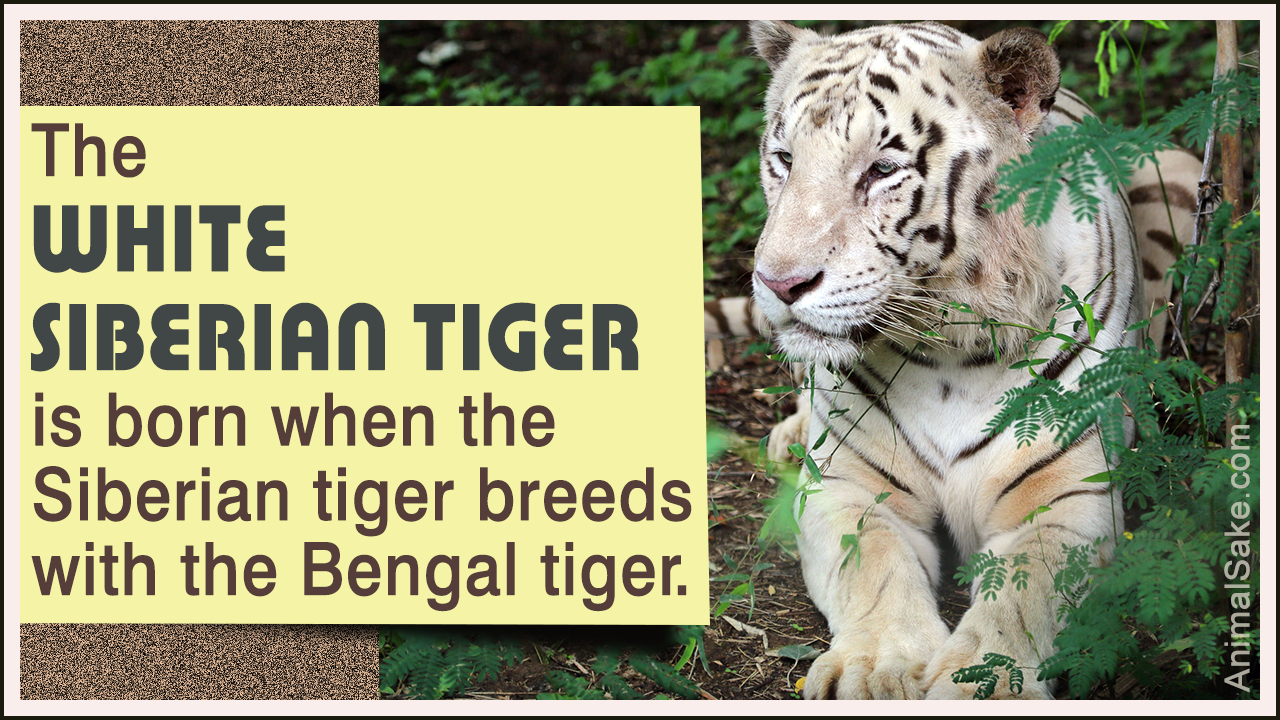 White Siberian tigers are no longer known to exist in the wild and are often found in zoos. The article to come will reveal more on them and their existence.

Tigers are threatened with extinction due to loss of habitat and hunting. Out of the 9 subspecies of tigers that existed, three tiger subspecies — Bali, Javan and Caspian, have already become extinct. The six remaining subspecies — Siberian, Bengal, Indochinese, Malayan, South China, and Sumatran, are found only in Asia.

Out of all the subspecies of tigers, the Siberian tiger is the largest. It ranks among the biggest living felids in the world. Since Siberian tigers inhabit snowy landscapes of the Russian Far East, where the white coloration would serve as a camouflage, many are under the belief that white tigers are the same as Siberian tigers. However, this is NOT true.

White tigers are sometimes misunderstood as albino tigers, but this is also NOT true. If white tigers were true albinos, they would not have any stripes at all. White tigers have pink noses, blue eyes, and black, or brown stripes, which prove that they are not albino.

A huge number of the captive tigers are hybrids of various subspecies. White tigers make popular exhibits and help in increasing the zoos’ revenues as well as attendance. Since they are not found in the wild, they are produced in large numbers by inbreeding. All this is done in the name of conservation and reintroduction to the wild. However, it should be noted that, breeding programs are, by no means, helpful in conserving this beautiful creature.

The harsh truth is that these animals are so inbred that they will never be suitable for reintroduction to the wild. Moreover, 80% of the cubs die from serious birth defects as a result of inbreeding that is necessary to create the white coat. Of the few that survive, most have apparent birth defects, like retinal degeneration, strabismus (cross eyes), scoliosis of the spine, cleft palates, and clubbed feet.

Many still think that zoos are supporting conservation of white tigers. The bitter fact, however, is that breeding of these impressive white tigers is just for the purpose of moneymaking and does not benefit the tiger species in any way.