We tend to associate spiders with their ability to build a web to catch prey, but there exists an entire family of spiders which does not resort to this technique. As you go through some interesting wolf spider facts, you will get an entirely new perspective about these arthropods.

We tend to associate spiders with their ability to build a web to catch prey, but there exists an entire family of spiders which does not resort to this technique. As you go through some interesting wolf spider facts, you will get an entirely new perspective about these arthropods. 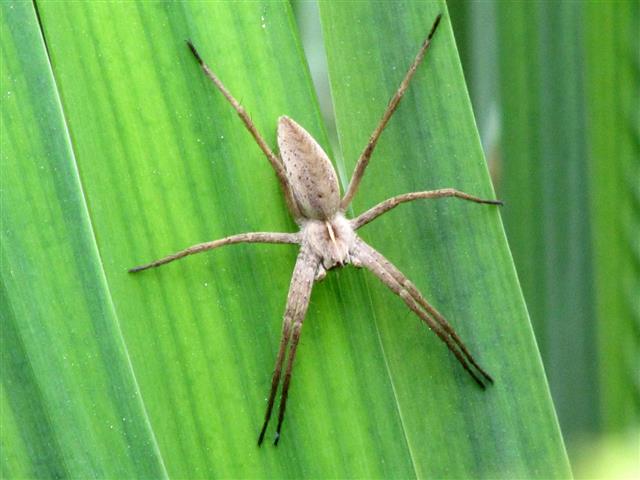 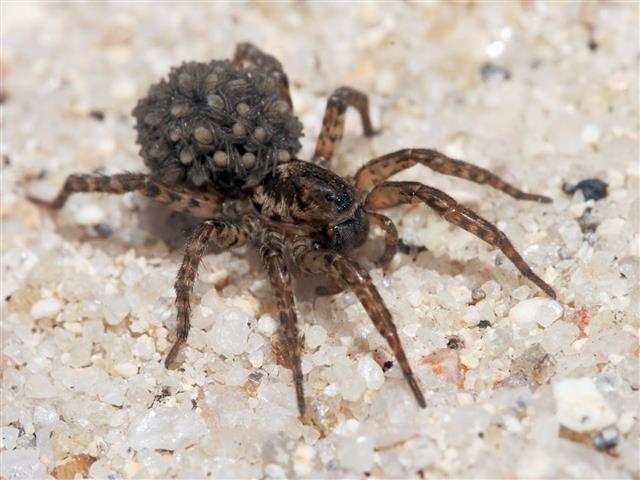 The wolf spiders (family Lycosidae) derive their name from the fact that they stalk their prey just like a wolf. These spiders have amazing eyesight and excellent sense of touch, which makes them excellent hunters. They have eight eyes that are arranged in three rows with the first two comprising four small eyes, the second containing two larger eyes and the third row containing two medium-sized eyes. The middle row eyes are large and prominent, and help in distinguishing them from other species of spiders. Depending on which species you take into consideration, their body size varies from 1 mm to 30 mm.

➜ Wolf spiders are grayish-brown color and have a bar pattern on their stomach.

➜ They are agile and fast-moving ground predators.

➜ They don’t make webs. Some make tube-like burrows and some live under rocks.

➜ Most of these spiders move about wandering from one place to another.

➜ They are dull in color. The male species is darker than the female and has more distinct markings.

➜ The greatest enemy of the wolf spider is the hunting wasp.

➜ They will only bite if they are provoked.

➜ Like all other spiders, these also have four pairs of legs. There are a pair of leg like palps (sensory appendages located near the mouth) that are located in front of the walking legs and are used for sperm storage in males.

➜ It is blessed with a disc that is located at the back of their eyes. This enables them to see at night.

➜ Wolf spiders have two schemes that they use for hunting. The first one is that they wait for they prey to pass by and the second is that they actively hunt their prey.

➜ It sheds its skin many times as it grows into an adult. Most of them live for many years.

➜ They react to vibrations that are caused by prey walking on the ground or wings beating.

➜ It lives on a variety of insects, for instance, houseflies, crickets, cockroaches and sometimes the grasshopper too.

➜ Some species are able to walk on water using their feet and tiny hair on their body to stay afloat. This feature enables them to escape predators and also feed on small prey in the water.

➜ Many type of wolf spiders are found in different environment, in summer they can be found in locations like woods, open grasslands and along lakes and streams.

➜ The life cycle of a wolf spider is interesting. The female spider produces an egg sac that contains over a hundred eggs that she attaches to the spinnerets at the end of the abdomen. When the spiderlings develop, the female opens the sac and the spiderlings climb onto her abdomen, holding the hair on her body. They stay like this for a week after which they disperse aerially.

These spiders are generally harmless to humans. Their bite is not fatal, though it may cause some allergy. The bite symptoms may vary from slight reddening of the skin to muscle pain, fever and swelling of lymph glands. Contact your healthcare provider in case the symptoms persist. 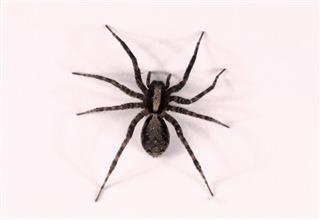 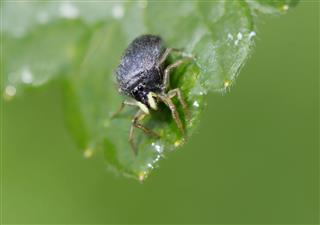 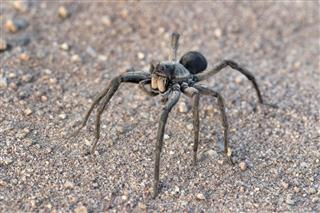 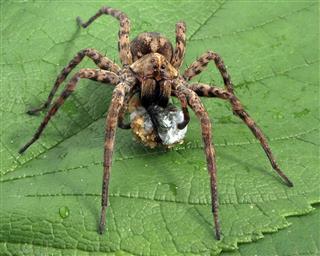