The horsefly gets its name after the females of the species, as the females feed on the blood of large animals like horses. This article provides more facts about this fly.

The horsefly gets its name after the females of the species, as the females feed on the blood of large animals like horses. This article provides more facts about this fly.

Horseflies belong to the tabanidae family. The other names by which they are known include breeze fly, forest fly, ear fly, or deer fly. They are considered as pests because of the bite that they inflict. Therefore, they belong to the world’s largest true fly category. One interesting fact for kids is that the males of the species feed on pollen and nectar while the females suck blood of animals and in some cases, also humans. The males are therefore said to be important pollinators of flowers, primarily in the African continent, South Africa to be precise.

Horseflies are large and hairy. They are about 30 to 60 mm in length. Flies of this type can sometimes be known as gadflies, zimbs, or clegs. In Australia, they are called ‘March flies’, while in Canada, they are referred to as Bull Dog flies. There are approximately 3000 species of horseflies around the world, of which about 350 are found in North America alone.

Large species like the mourning horsefly, black horsefly, etc. belong to the genus Tabanus, while the smaller and more common banded ones with either black, brown, or yellow bodies, dark markings on the wings, and brilliantly-colored eyes belong to the genus Chrysops. The deerflies, who are notorious for carrying diseases like anthrax and tularemia as well as the filaria worm infestation, also belong to this family. Horseflies are more often found in hot weather.

Like all other files, this species also goes through a complete metamorphosis from the egg stage to the larval, pupal, and finally adult stage. The larvae are legless and are similar to maggots. They spend most of their time in water or in moist soil. They are known to spend their winters as larvae, after which they pupate in spring, and emerge as winged adults in early summer. The adults do not live longer than a few days.

Mating takes place in swarms, with many flies present at one location at the same time. Locations such as hilltops are chosen for it. The location chosen, the season, the time of day during which it takes place, all these details are said to be specific to particular species. The female lays black-colored, longish, and flat eggs, either on plants or on stones closer to a water body. On hatching, the larvae drop into the water or damp earth. This is where they live. They feed on snails or larvae of other insects. The larvae are somewhat flattened and have fleshy protuberances on each body segment which aid in locomotion.

As the males of the species feed on nectar and pollen, they are called the pollinators. The females suck blood. This difference is due to the fact that the males do not have the mouth parts required for blood feeding. The females more commonly feed on mammals, but in some cases can also be found feeding on birds, reptiles, as well as amphibians.

The female lands on its prey silently and delivers a painful bite with its knife-like mouth parts. If the mouth parts are seen under a microscope, they look like jagged saw blades. The bite is painful because they actually cut a hole in the skin and soak up the blood which comes out. If they are plenty in number, they are known to suck as much as three ounces of blood a day from the host.

These flies are very noisy when in flight. Their bite is very painful. They have tiny serrated mandibles with which they rip and/or slice flesh apart. Their bite becomes itchy, and may cause swelling if it is not treated immediately. Therefore, knowing about the treatment is necessary. It is very difficult to get a hold of these flies as they are agile and escape before the victim becomes aware of the pain signals.

Apart from causing diseases such as anthrax and tularemia, these flies are also known to cause excessive blood loss in animals. There have been reports of animals losing as high as 300 milliliters of blood a day where these flies are present in large numbers. This can lead to weakness and even death. Apart from this, they can also cause anemia in animals and humans. In very rare cases, they have been known to cause anaphylaxis in humans which has turned out to be fatal.

Now that you are aware of these flies, you have to be careful if you stay close to swamps, marshes, ponds, and farms. Keep a look out for large, hairy flies with wings, bulging eyes, and reddish antennae. 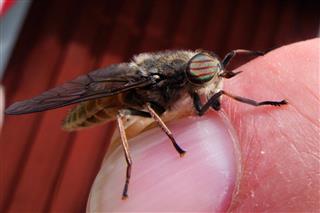 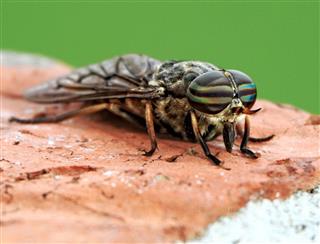 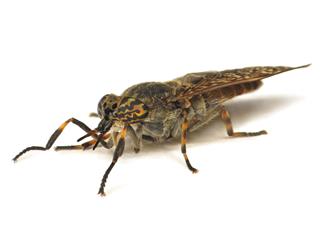 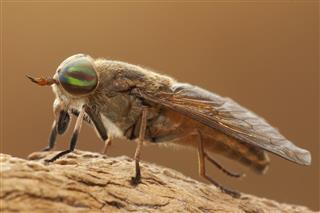 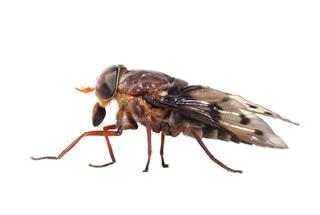 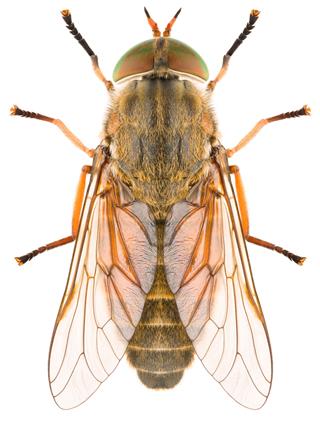 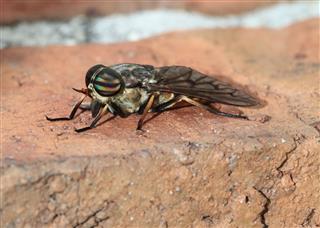 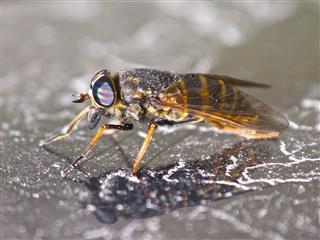 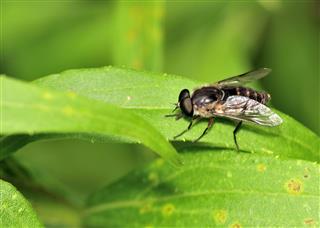 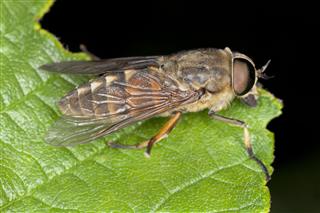