There are around 35 species of garter snakes that belong to the genus Thamnophis in the family Colubridae. Garter snakes are found in almost all parts of North America. Most of the garter species are colorful and non-venomous. However, some species have a mild toxin, that is not lethal enough to kill humans.

There are around 35 species of garter snakes that belong to the genus Thamnophis in the family Colubridae. Garter snakes are found in almost all parts of North America. Most of the garter species are colorful and non-venomous. However, some species have a mild toxin, that is not lethal enough to kill humans. 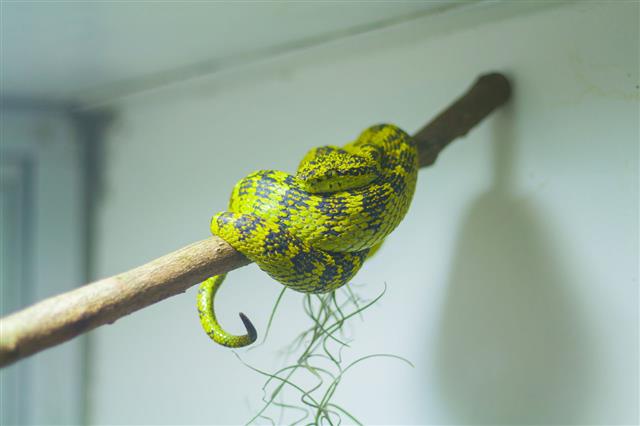 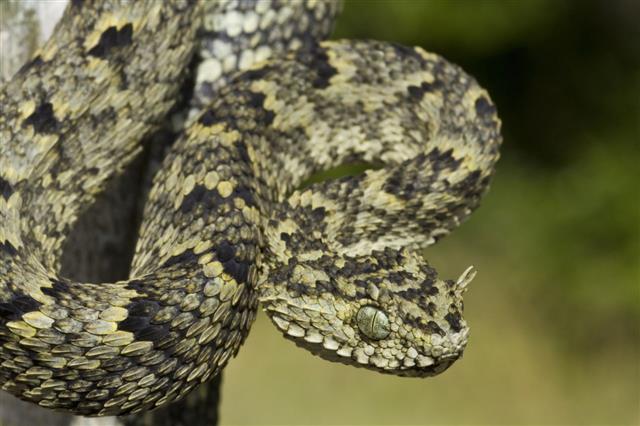 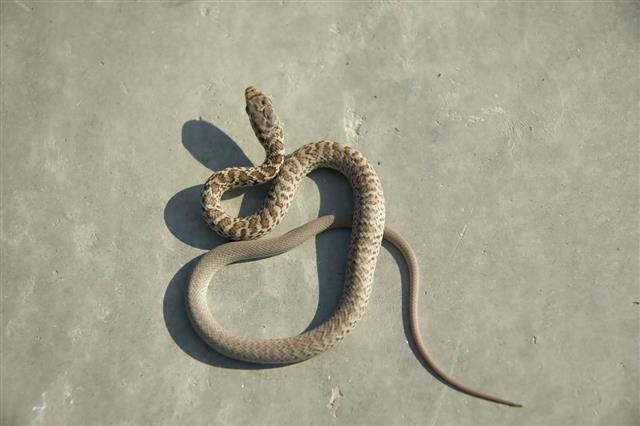 The strikingly colorful San Francisco garter snake has been listed as an endangered species since 1967.

Occasional sightings of snakes in the garden is not uncommon, especially during spring. In North America, you are most likely to encounter gopher snakes, pine snakes, corn snakes, king snakes, water snakes, hognosed snakes, rat snakes, garter snakes, etc., in your garden. The most common among them are garter snakes, which are also called garden snakes. These small snakes are long, slender, colorful, and highly agile.

Garter snakes are commonly found in gardens, especially during spring, when they come out of their winter hibernation sites. A basic understanding about their features will prove useful in identifying these snakes that are often seen in the backyard or grassy areas. With more than 35 species and numerous subspecies, identifying a garter snake can be slightly difficult. Given below are some of the common features that these snakes share.

A garter snake has a slim body with a length of around 20 to 30 inches, but some individuals can be much longer and stouter. Usually, females are twice the size of males, the latter having longer and thicker tails.

Garter snakes are among the most beautiful and colorful snakes in North America. They are found in different color combinations with hues of red, gray, turquoise, orange, yellow, green, etc. Usually, they have a lighter belly color.

Most of these garden snakes are identified by their stripes. They have colorful stripes that extend through the length of their bodies. Many of them have three stripes ― one on the back and the other two on the sides. However, some species have a checkered pattern, while some others have no stripes or pattern.

Garter snakes have keeled scales (each scale has a lengthwise ridge that runs through the center). Most of them have vertical dark lines on their upper lip scales, and this is one of important features that help in identification of these snakes.

These garden snakes are active during daytime. If threatened, a garter snake may hide its head, and beat with the tail. It may also release a foul-smelling secretion from the gland located beneath its tail. The snake may sometimes adopt a coiled posture and strike the intruder. Usually, thousands of individuals are found to indulge in communal hibernation.

As the name rightly suggests, common garter snakes (Thamnophis sirtalis) have a wide range and are found in many parts of North America. There are several subspecies, but most of them have three vertical stripes that can be white, yellow, blue, or green in color. Their body color can be dark gray, brown, green, olive, black, or even red. The top of their heads are often found to be darker than their bodies.

These snakes are seen in some parts of Arizona, Southwest United States, and Mexico. They are often found near water sources. The name is derived from the black patch that is located on both sides of the neck. These garden snakes are brown with whitish-yellow to orange mid-dorsal stripe. There are two rows of alternating dark spots on either side of the stripe, and they create a checkerboard pattern.

These garter snakes are found in most of the Central United States, Texas, and certain parts of Canada. Their body color may range between greenish-gray to olive green or brown. The mid-dorsal stripe is yellowish-orange. The dark spots on the sides of the stripe form a checkerboard pattern. The stripes on the sides are light-colored. The upper lips scales have black lines.

These snakes have varying body colors. But, most of them have a mid-dorsal stripe and two yellow stripes on the sides of the body. The underside can be yellowish, bluish-gray, or reddish. The black spots on the sides of the mid-dorsal stripe creates a checkerboard pattern. Some of them have reddish hues interspersed with the dots. Some others have red stripes instead of yellow ones. Hues of bluish-gray are seen in some. In short, there are different color variants of these snakes.

To conclude, garter snakes are small-sized and colorful. They can be easily identified with their body stripes and checkerboard pattern. Though they produce mild toxins, garter snakebites may cause itching, burning sensation, and swelling. The bite may get infected too. So, visit your healthcare provider for prompt treatment. Avoid provoking or picking up these snakes, which are among the main reasons for them to bite humans. In fact, these garden snakes are beneficial, as they feed on pests. 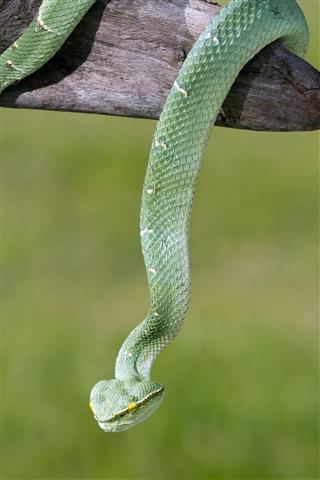 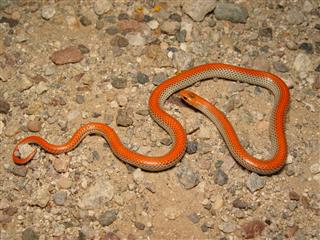 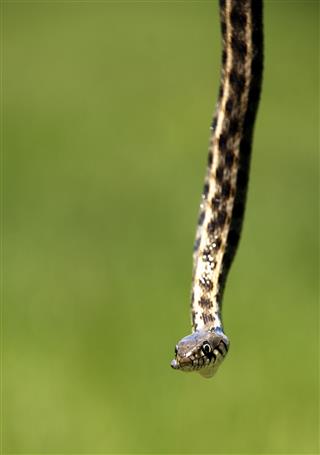