Looking for Information About the Miller Moths? Read These Facts

Miller moths come from the army cutworms. They can be a nuisance, but are otherwise completely harmless. AnimalSake provides some facts about miller moths in the ensuing paragraphs.

You are here: Home / Uncategorized / Looking for Information About the Miller Moths? Read These Facts

Miller moths come from the army cutworms. They can be a nuisance, but are otherwise completely harmless. AnimalSake provides some facts about miller moths in the ensuing paragraphs. 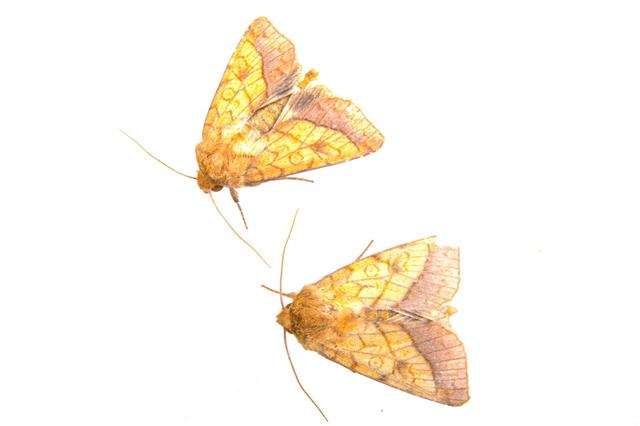 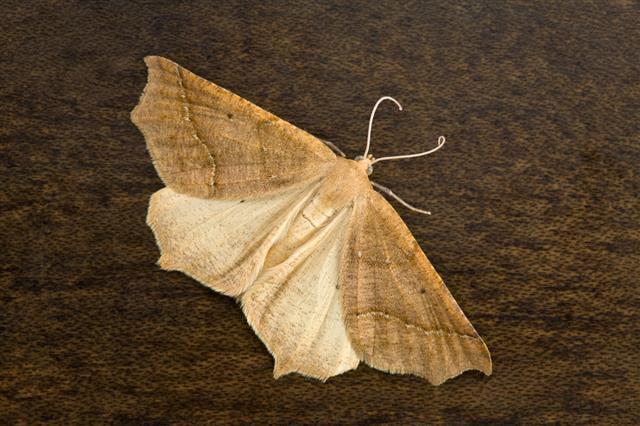 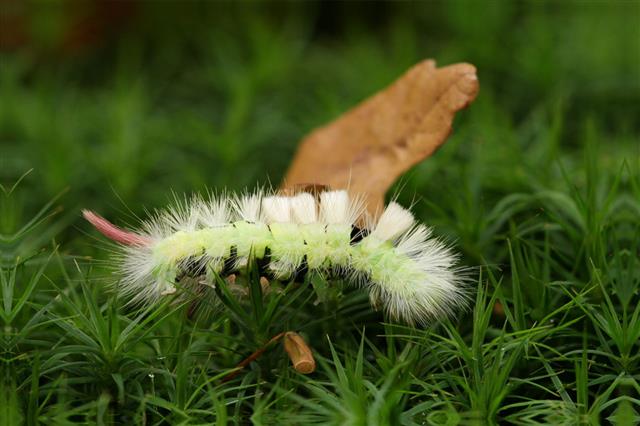 Where we are found …

Miller moths are found in Colorado and some neighboring states. They are endemic to these regions. This is the reason why they are also known as Colorado miller moths.

The harmless little brown moths that you can see flying around in your home are known as miller moths. They are found in Colorado, and their migration during spring to higher altitudinal areas is a very big event. Thousands of moths fly by many homes, seeking shelter in them at night. Although they don’t bite, they can be a bit irksome. The following paragraphs provide some interesting facts about miller moths, from appearance to what to do if they enter your homes. Read on.

Ever wondered what a miller moth looks like? The following paragraphs provide the appearance descriptions of both, the moth and the cutworm.

The larva of the miller moth is known as the army cutworm. This caterpillar is green in color, and has fine white and yellow hair all over its body. It is about an inch long. This variety of cutworm is known as ‘army’ cutworm because many individuals come together to form small army-style groups for traveling. These groups can often be seen in forests, or crossing roads and highways.

Miller moths are 1.5 to 2 inches wide in wingspan. Their wing color is generally between light-brown and gray. They have dark-colored wavy markings on their body; the distinct kidney-shaped pattern on the wings is characteristic to these moths. Their bodies are covered with fine scales that rub off when touched; this is very similar to the fine powder on a flour mill worker’s clothes. This is how the moths came to be known as ‘miller moths’. These moths are big enough to be visible and small enough to get into small cracks in doors and walls.

Miller moths migrate to higher altitude regions like mountains because it is believed that these areas prove to be a better source of food in the summer, having a wider variety of flowers. It is also believed that the temperature in these areas is relatively cooler than lower regions, which protects them from dying.

Their spring migration flights begin around late May to early June, and end after 5 to 6 weeks. Out of this, the first 2 or 3 weeks are the ones when they can cause the most damage. This also depends on the weather conditions, and on their population. Sometimes, cutworms become prey to insects in the field where they are born, and their numbers dwindle greatly. Other times, it is the other way round. Hence, spring migrations are huge in some years and meager in others.

The life cycle of the miller moth is a rather unique one from caterpillar to growing wings. The adult moth lays eggs in fields that are covered with thick vegetation and weeds, such as wheat and alfalfa fields. The cutworms are born a few weeks later; they begin feeding on the wheat and alfalfa soon after. They remain semi-grown until the winter passes. The following spring, they resume feeding and become full-grown cutworms. This is the time that they can do maximum damage to the fields.

After they have grown fully, they begin to pupate, and for this purpose, bury themselves into the ground. The moth emerges after two to three weeks. They then take flight, migrating to areas at higher altitudes. They spend a couple of months feeding on flower nectar. They do not reproduce at this time and are in a state of diapause. On their way back though, most individuals die, and hence, the nuisance they cause is almost non-existent. Miller moths live for only a few months.

Army cutworm caterpillars eat wheat, alfalfa, and such other field crops in which they hatch. They can sometimes destroy fields and become pests. However, that does not happen very often. The adult moths feed on the nectar of flowers.

Cutworms become a source of food for insects, beetles, wasps, and some species of birds. The moths are a favorite of bats, some bird species, and grizzly bears! This is because miller moths have a very high density of fat in their bodies, almost 72%, which is greater than that of deer or elk! This provides the bears with a much-needed source of carbohydrates.

Miller moths rest at night during their migration. This is the time that they typically enter homes. Being very small, they enter small cracks in walls, the doorjamb, small openings in windows, basically any tiny places. Although they are harmless, they can fly around the house, which is kind of freaky. Sometimes, an individual moth may lose its way and fly inward instead of going back out.

The best way to get rid of them is open a window and shoo them out. If that doesn’t work however, you can swat or vacuum them, or place a bulb over a bucket of soap water. The moths will get attracted to the light and fall into the bucket. The soapy water will ensure that they can’t escape. However, try the humane method of driving them out first; of course if there are too many, then it won’t be possible.

As prevention is better than cure, there are some ways in which you can prevent miller moths from shacking up in your home in the first place. Seal any and all cracks that you can see, and cover up keyholes and other small spaces at night. Make sure that the windows are shut fast, with no wiggle room for these winged guests. Also turn of all the lights, or get yellow bulbs for places that can’t be left dark. This will serve to repel them, or not attract their attention in the first place. 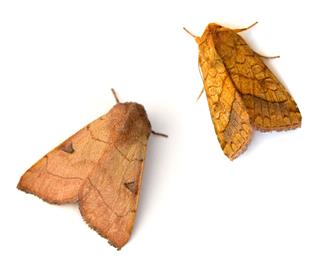 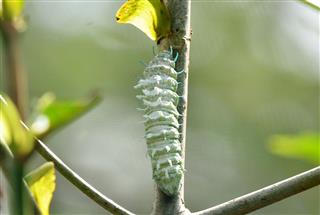 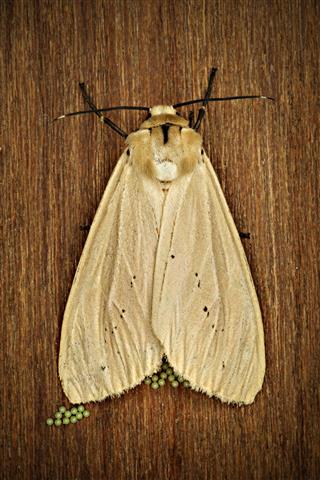