An African bush viper is a rough-scaled, highly venomous viper. It is an arboreal (living on the tree) viper that prefers rainforests due to the fact that it gets covered by several flowering bushes.

You are here: Home / Uncategorized / Truly Intriguing Facts About the African Bush Viper 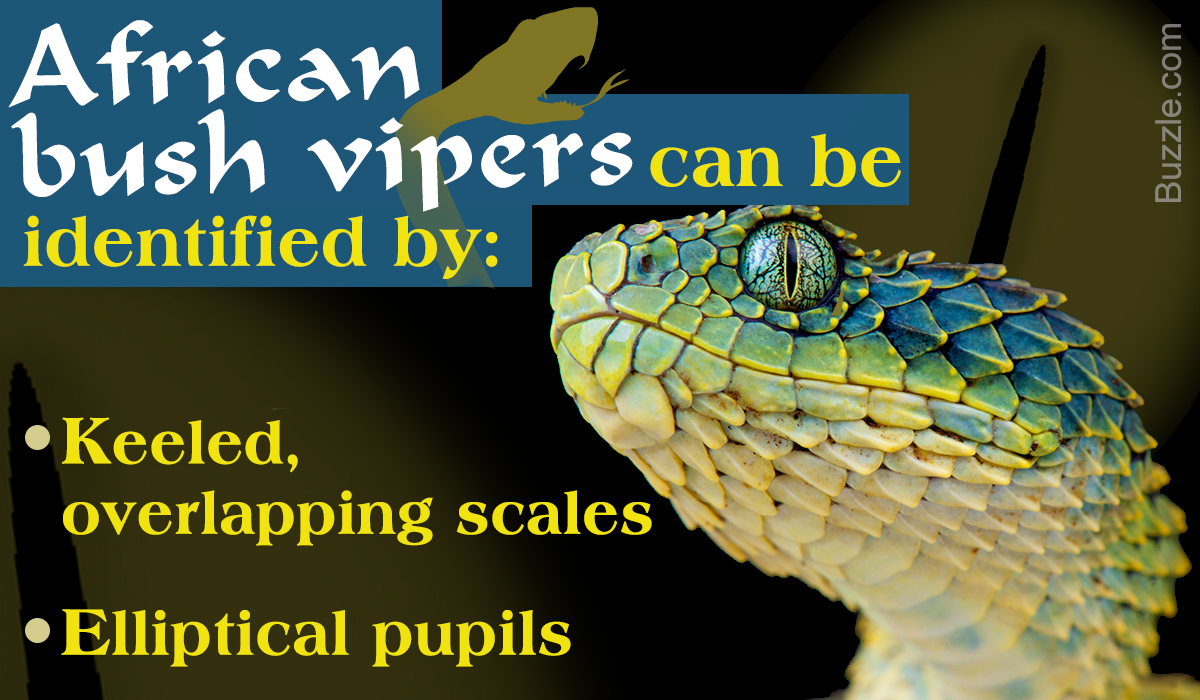 An African bush viper is a rough-scaled, highly venomous viper. It is an arboreal (living on the tree) viper that prefers rainforests due to the fact that it gets covered by several flowering bushes.

A bush viper is an ovoviviparous species. The female carries her unborn babies internally, which protects them in their pre-birth stage.

An African bush viper (Atheris squamigera) is found in central and western Africa. Its prominent feature is its rough scales on the back. Unlike other few species, it does not make a hissing sound by rasping the scales of its tail. It might be found in varied colors like red, yellow, green, orange, or combinations of these colors. This species may change its colors in its lifespan.

This snake is called common bush viper, tree viper, leaf viper, rough-scaled bush viper, and green bush viper. The following sections of this write-up provide you with an insight into this venomous species. 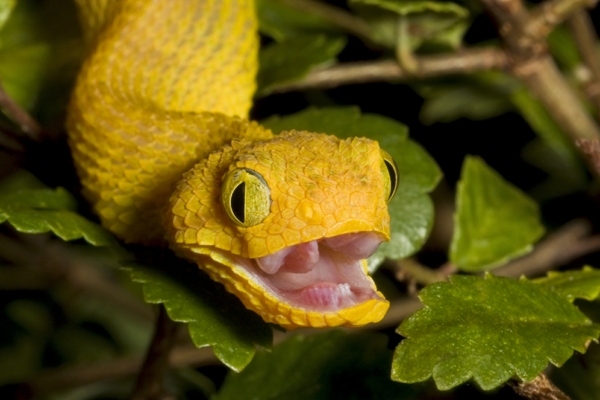 This viper grows up to 18 – 24 inches (46 – 60 cm). Its maximum length can go up to 31 inches (78 cm). The female is usually larger than the male. The head is large, flat, and broad from the neck. Compared to other snake species, it has larger eyes and has elliptical pupils. The nose openings are partly divided and lateral in position. It has a gland located on the upper jaw, which supplies venom to its tubular, long, and hollow fangs. The body is covered by keeled, overlapping scales.

This viper is mostly found in dense tropical forest areas where there are enough rodents and animals to prey. It is commonly found at altitudes ranging from 100 to 400 m. In general, it lives in terrestrial, arboreal, and moist habitats. 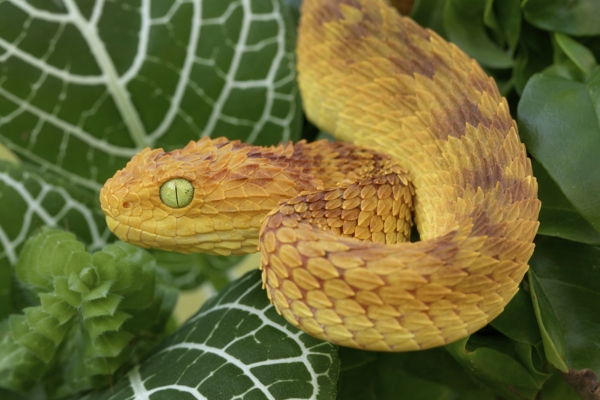 It is a nocturnally active snake; otherwise normally, it is an inactive snake. Like other vipers, it has a feature of making a surprise attack and can wait at the same place for quite a long time, till its prey comes in its territory. Once the prey is in range, it strikes very fast and accurately. It is observed that it hangs itself on the trees while preying. It is mostly a solitary species, except in the mating season. Its behavior in the mating season varies a lot to attract potential mates. This snake raises its anterior position when threatened. 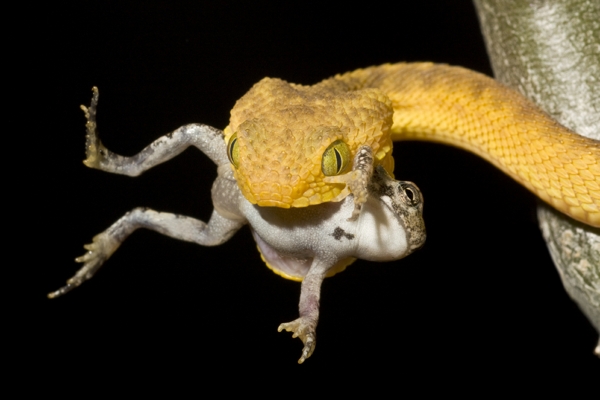 It hunts more often at night. It feeds on varied animals, from birds, lizards, rodents, to other snakes. It usually swallows its prey. Juveniles feed on reptiles more than the adults. Adults of this species can prey on juveniles of their own species.

Vipers are said to be monogamous. While choosing their mates, they have specific body gestures, like the male sways its head from side to side to attract a female. Mating often occurs at night, between 6 pm to 2 am. It reproduces once in a year, mostly during the rainy season. The gestation period lasts for 2 months. About 7 to 9 young ones are born. The juveniles are born venomous, and are independent just after their birth. They are abandoned, and they prey on their own.

In this species, males can reproduce after 24 months, while females take almost 42 months. The lifespan of this species has not been documented yet. But most vipers live from 10 – 20 years in the wild. Captive bush vipers may live longer because of controlled diet and less exposure to danger.

It is advised that this species should be individually caged because of instances of aggression and biting. It needs spacious and preferably tall cages for its arboreal side. It could be given a hiding spot, such as some plastic leaves or a tree bark. A freshwater bowl should be kept in the cage and should be cleaned often. Rodents of appropriate sizes can be fed. It can overeat, so keep a track. Juveniles can be fed often, but should be reduced as it grows.

The numbers of this species have gone down because of the cutting of the forests. But it is not in any of the endangered lists. Snakes are better off when not disturbed.