The Luna Moth is one of the largest moth species found in North America. They can be easily spotted owing to their size and coloring. AnimalSake brings you some interesting facts about Luna Moths.

The Luna Moth is one of the largest moth species found in North America. They can be easily spotted owing to their size and coloring. AnimalSake brings you some interesting facts about Luna Moths. 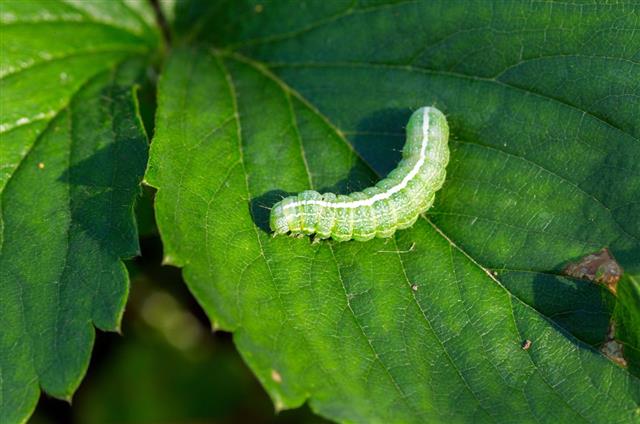 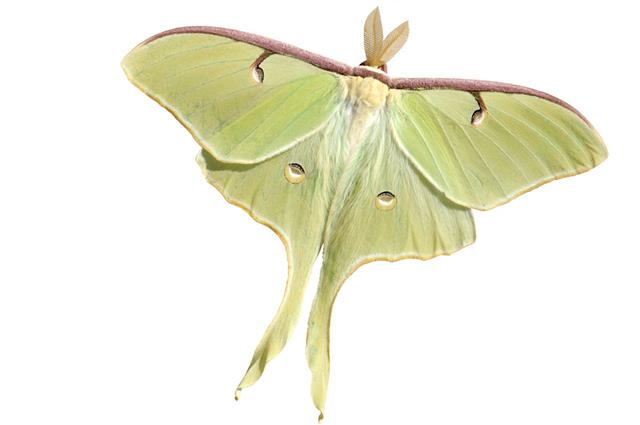 The Luna Moth’s head is quite hard to find for its predators. It also has eye spots on all four wings to add to the confusion. Often, predators tend to go for one of its tails, understanding it to be the head, and thus allowing the Luna Moth to escape.

The Luna Moth (Actias luna) is a lime-green, Saturniid moth from the family Saturniidae, subfamily Saturniinae. This insect can be spotted right from the plains of northern Mexico to Quebec and Nova Scotia in Canada.

Adult Luna Moths typically begin to emerge in early spring, which is their mating season. Also called ‘Moon Moths’, they get their name from the fact that they are most active during nighttime. They are quite fascinating to look at, and thankfully, are also pretty harmless.

► These moth are quite large, with a wingspan of around 4 – 7 inches wide.

► The wings are light green/lime green in color, and have markings in the shape of transparent spots and a pink-purple or yellow forewing margin. Their hind wings bear long twisted tails.

► Their tails may be yellowish-green to bluish-green in color.

► Antennae are observed to be feathery, with those of males being more feathery as compared to the females’.

► Sexual dimorphism is observed in Luna Moths, with females being noticeably larger. Males also appear to possess a lighter shade of green as compared to the females.

► The Luna Moth is found in the forested areas throughout North America. They seem to prefer deciduous woodlands, with trees such as hickory, walnut, sumacs, and persimmon.

► These moths are nocturnal, and are quite difficult to spot during the daytime.

► With their peculiar coloring, these insects can mimic living and dead leaves on the ground by remaining motionless. They are also nearly impossible to spot during the day when resting on the bark of sycamore trees.

► Luna Moths are herbivores. As a caterpillar it feeds on the foliage of various species of hickory, walnut, sweet-gum, persimmon, and birch trees.

► Being silk moths, they do not consume any food as adults. The energy required during the adult phase is accumulated during the caterpillar stage, which explains the absence of a proboscis, the mouth which is found on most other species of butterflies and moths.

► Female Luna Moths exhibit pheromones to attract males even over a significant distance. A female mates with the first male to approach her.

► Being nocturnal in nature, mating usually occurs in the initial hours post-midnight. If the pair is undisturbed, they remain in copula until the next evening, but the slightest disturbance may cause a separation.

► After this, the female seeks a host tree to oviposit. Eggs are laid in small groups or singly on both surfaces of host plant leaves. The eggs take about one week to hatch, after which the caterpillars emerge. Caterpillars are sedentary and solitary feeders. Leaves and silk are used to spin papery brown cocoons in litter under the host plant.

► Luna Moths produce one or two generations per year. Their lifespan is quite brief, extending no more than a week. 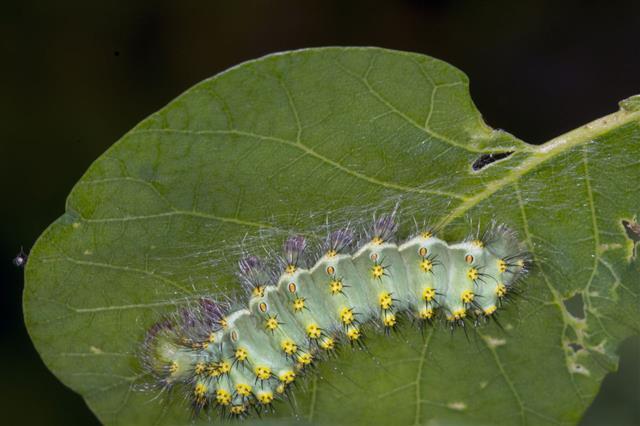