Mosquitoes are very annoying. We all know that! You must have come across various methods of mosquito control. But have you ever heard of a tiny fish that can help you in getting rid of mosquitoes? Yes, a fish known as "Mosquitofish" is capable of doing that! Go through this article to know interesting facts about it.

You are here: Home / Uncategorized / Utterly Interesting Facts about Mosquitofish 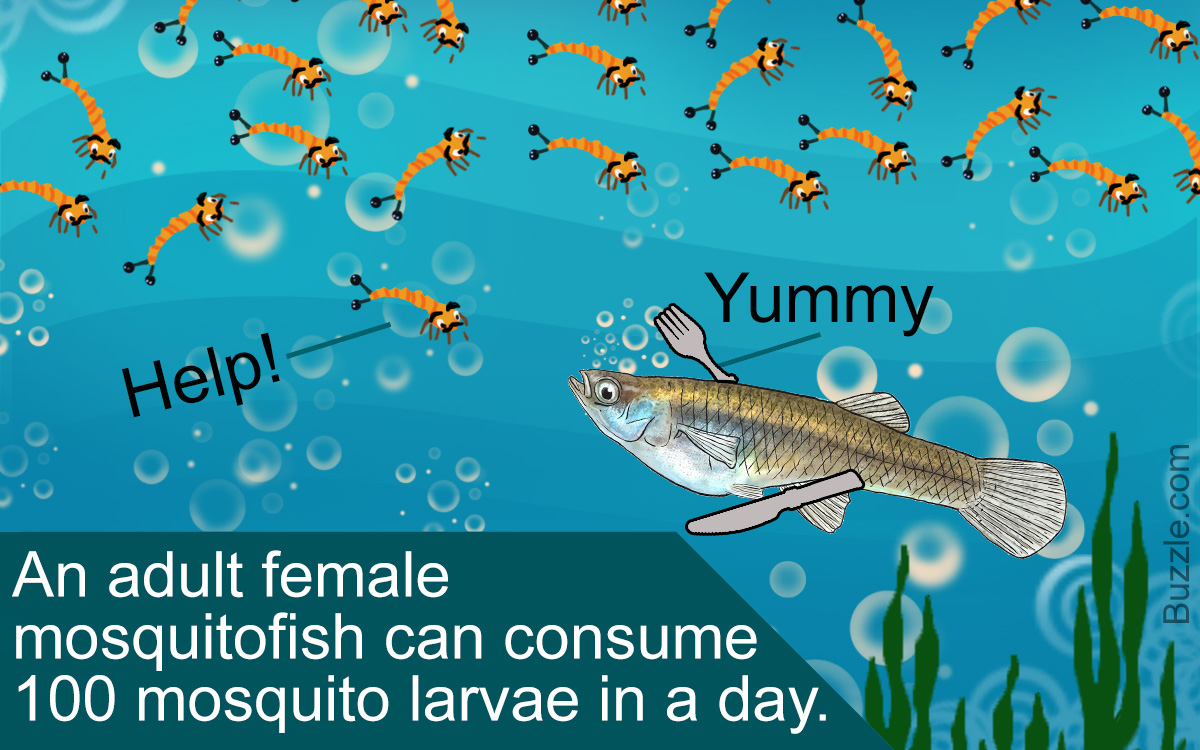 Mosquitoes are very annoying. We all know that! You must have come across various methods of mosquito control. But have you ever heard of a tiny fish that can help you in getting rid of mosquitoes? Yes, a fish known as "Mosquitofish" is capable of doing that! Go through this article to know interesting facts about it.

Mosquitofish or Gambusia affinis is a tiny silver-colored fish. It is a freshwater species belonging to family Poeciliidae and order Cyprinodontiformes. The name is derived from a Cuban Spanish term gambusino which means useless. Even though its name means useless, this tiny fish has proved its utility. During the 1930s, this species was released in a pond of the Auckland Botanical Gardens. Later on, it was also introduced in Northland and Wellington.

This freshwater fish is native to Eastern and Southern United States, where the species flourishes in ponds and streams containing freshwater. But now, the species is widespread because of its introduction in several places as it is helpful in mosquito control. Mosquitofish can thrive in habitats with varied temperatures. On one hand, they are capable of surviving freezing temperatures while on the other hand, they can handle temperatures as high as 100ºF.

Mosquitofish can live for a year in optimum conditions. The male has a specialized fin for the purpose of breeding which is referred to as gonopodium. After mating, the female bears the offspring. They do not lay eggs, rather, give birth to young ones. Once the offspring are delivered, they are left alone to learn to take care of themselves. The mother leaves the offspring in hiding spaces before they learn to survive in open water. They mature at six weeks and breed rapidly thereafter.

These tiny fish feed on larvae of insects and their primary source of food is mosquito larva. Mosquitoes lay their eggs in ponds which grow into larvae and become a great source of diet for mosquitofish. They also feed on algae, thus helping in maintaining a balance in the pond’s ecosystem. In case, natural resource of food is not available, a good quality flaked fish food can be used to feed them.

As this species is very small in size, it can be easily consumed by larger fish and pond organisms. Before introducing this species in a lake or a pond, it is necessary to ensure that the water body has sufficient hideout points like rocks and aquatic plants, which can be used by them to escape from falling into prey.

Mosquitofish are used as a means of mosquito control, and are distributed to district residents without any charge under the mosquito control program. Mosquitofish are available in pet shops, garden stores, and vector control districts. Keeping them in garden ponds, rain barrels, and aquarium does not require a legal permit. Their adaptability to a new environment is primarily because of their ability to reproduce rapidly and withstand extreme conditions of temperature, pH, and oxygen level.

The species is introduced in water reservoirs, cattle ranches, private homes, and any other place having standing water. As mosquito larvae develop in standing water, the presence of this fish clears the entire larval population by feeding on them, thus helping in controlling mosquitoes.