The depths of the oceans are home to many amazing sea creatures. Starfish is surely one of them. These interesting facts about the starfish, will not only amaze you, but give you some good information as well.

You are here: Home / Uncategorized / Incredibly Interesting Facts About Starfish

The depths of the oceans are home to many amazing sea creatures. Starfish is surely one of them. These interesting facts about the starfish, will not only amaze you, but give you some good information as well. 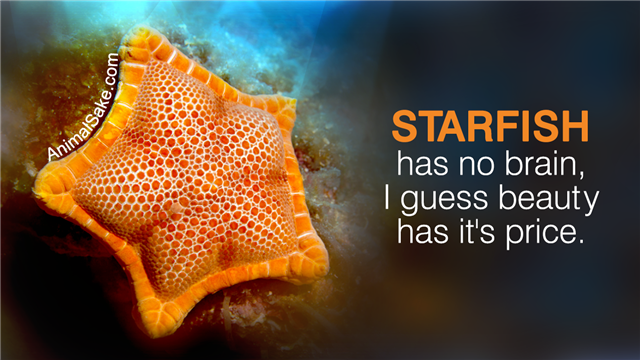 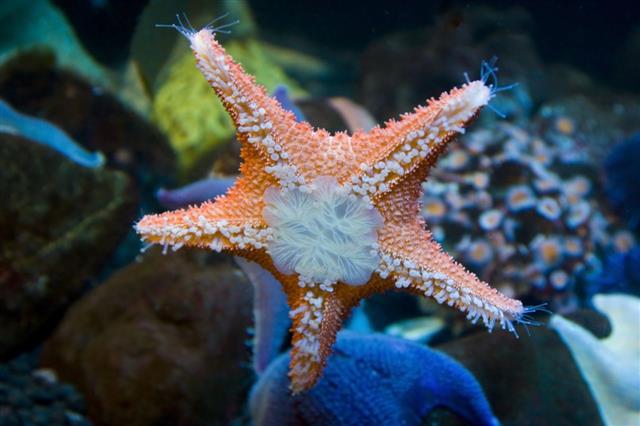 Starfish! This marine animal has always generated immense interest owing to its radial symmetry with five or more arms. The starfish or the ‘sea star’ gets its name from its star-shaped body. 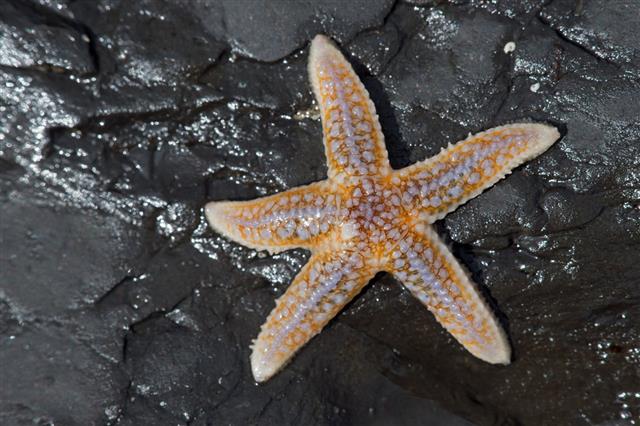 The starfish is not actually a fish. It is in fact an echinoderm belonging to the class Asteroidea. These creature can live for 35 years in the wild. 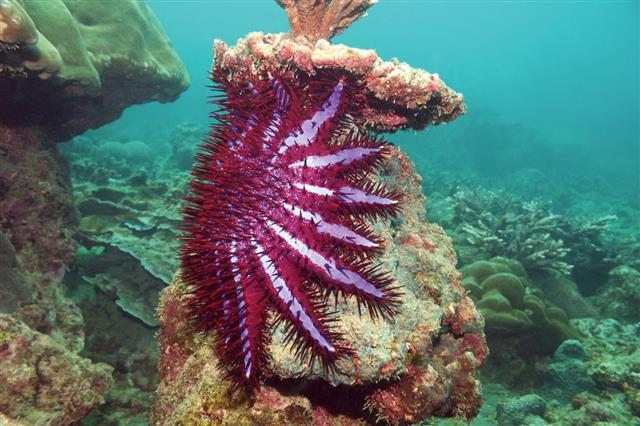 About 2,000 species of this marine animal are found in every ocean across the world; maximum of these inhabiting the Indian and Pacific oceans. Starfish are found in shallow waters. . Let us take a look at some more interesting facts about the wonderful sea star.

Because they are symmetrical by five points, just like sea urchins, starfish are also called ‘Phylum Echinodermata’.

If you have ever encountered a starfish and turned it over, you will find hundreds of projections on its underside. These are known as tube feet, which serve two basic functions – it provides movement around in the water, and the other it help the starfish to open up scallops or clams. 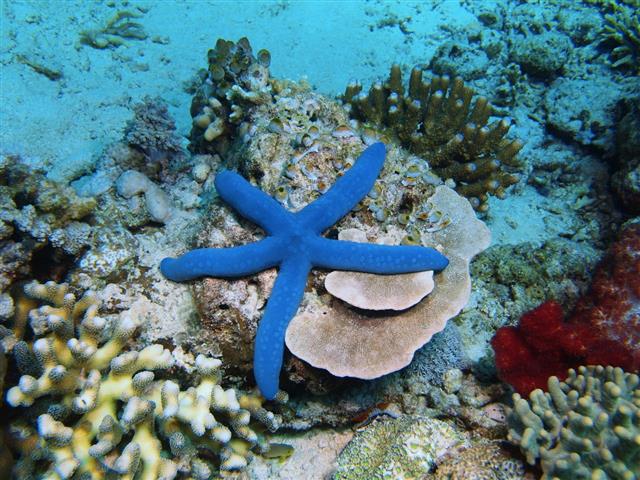 Mouth of a Starfish 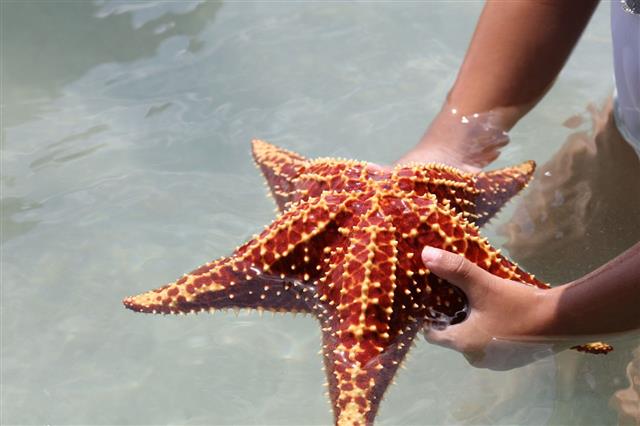 Have you ever tried locating the mouth of a starfish? It is located on the ventral surface, underneath the upper surface.

The sea star with five arms is the most commonly spotted one. However, there are species that have 10, 20, or even up to 40 arms!

Eye Spot on the Tip of Each Arm 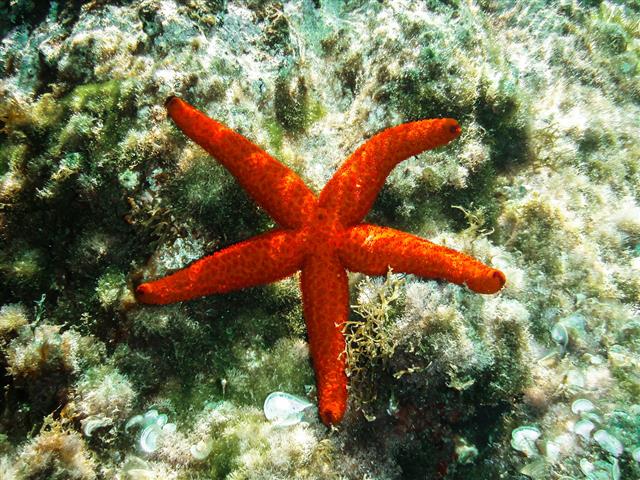 The starfish has an eye spot at the end of each arm. Although the starfish cannot see the details, the eye spot enables the starfish to view movement and differentiate between light and dark.

Most starfish have a spiky or leathery surface, depending upon the species. The crown-of-thorns starfish is known for its thorny spines that are present all over its body. This tough covering on the upper side of the body acts as protection from its predators, as it is made up of calcium carbonate plates with tiny spines. 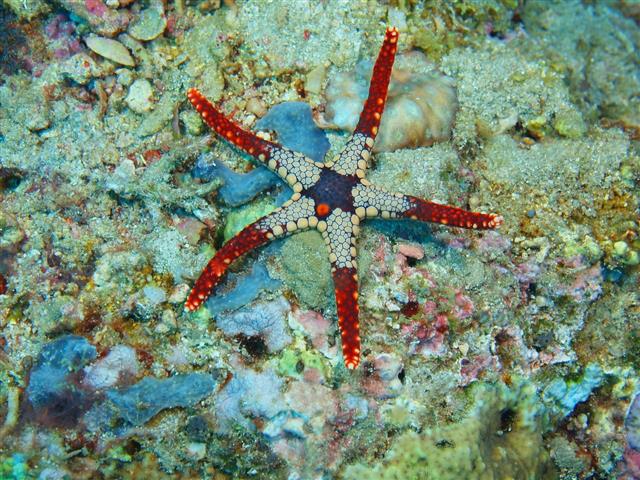 In addition to no brain, these sea animals do not have a single drop of blood in their body. Instead, they have a water vascular system, and sea water is pumped into the body through a sieve plate. The anus of this invertebrate is located on top of its body.

Amazingly, in case a starfish loses its arm, it is capable of regenerating the same in about a year! This is extremely useful when the sea star feels threatened by a predator, as it can lose the arm and escape. Sometimes, an entirely new starfish can grow from one arm. This phenomenon takes some time and occurs as most of the vital organs are stored in the arms. 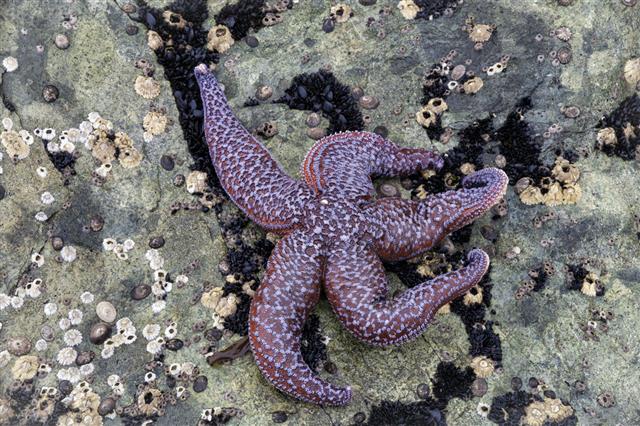 These marine animals have a unique way of feeding on their prey. To be able to eat a prey that is larger than its mouth opening, the starfish wraps its arms strongly around the clams or shells, and then jerks it open. Then it pushes the stomach out into the shell and eats up the prey, and finally retracts the stomach back in through the mouth. 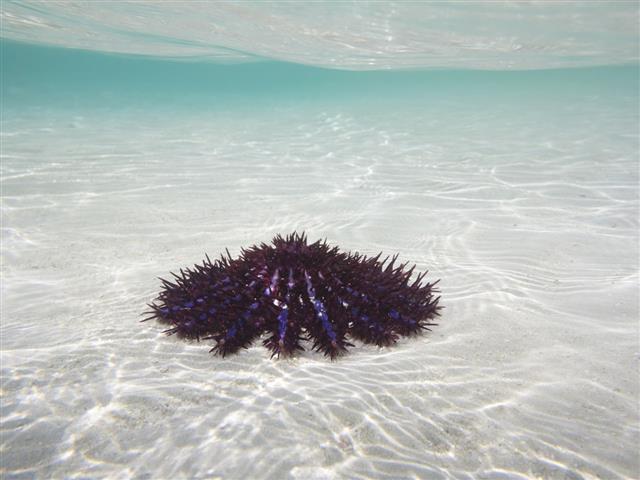 An interesting fact about starfish is that they can reproduce sexually and asexually. Eggs and sperms are sent off by the females and males respectively, in the mating season.

A female starfish is capable of producing around a million eggs at one time.

These facts about starfish tell us quite a story about the kind of life that exists beneath the sea. Complex, yet beautiful, life beneath the sea has a completely new world in store for us. 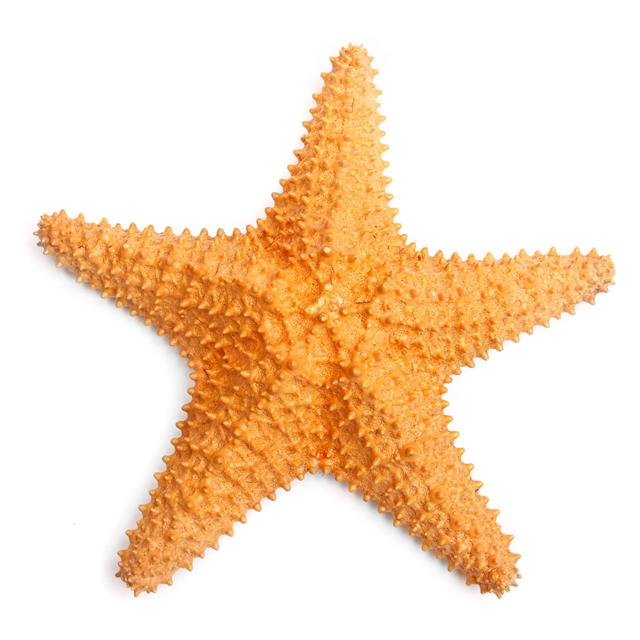 These facts about starfish tell us quite a story about the kind of life that exists beneath the sea. Complex, yet beautiful, life beneath the sea has a completely new world in store for us.