Facts About Gray Squirrels: The State Mammal of North Carolina

Gray squirrels are those that are gray in color. They are quite commonly found. This article provides some more information about the same.

You are here: Home / Uncategorized / Facts About Gray Squirrels: The State Mammal of North Carolina 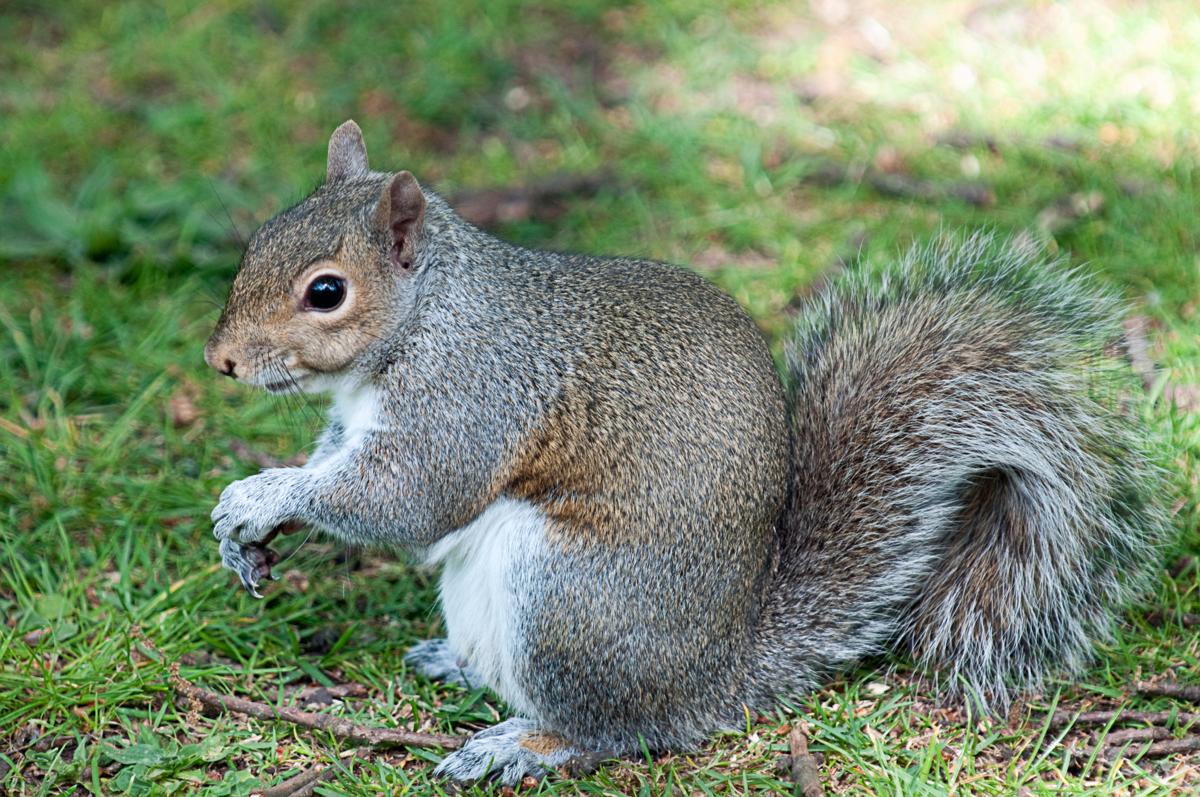 Gray squirrels are those that are gray in color. They are quite commonly found. This article provides some more information about the same.

The gray squirrel is known by the scientific name Sciurus carolinensis. The carolinensis is chosen as this squirrel was first recorded in the Carolinas and is still very common there. This is a tree squirrel that is native to the eastern and midwestern parts of the United States. It is also found in the southeastern parts of Canada. It is very adaptable in nature and has been introduced in several regions in the western United States, where it is thriving very well. 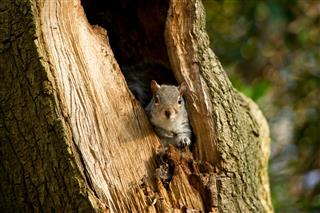 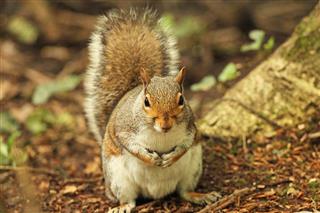 As it is very apparent from the name, the fur of this squirrel is predominantly gray in color with an occasional red tinge. There are some genetic variations including gray squirrels with black tails and black-colored squirrels with white tails. Its belly is white in color. It has a large, bushy tail. Some squirrels have been known to live for ten years, but its average life span in the wild is only about 3 to 4 years. It weighs about 1 pound and is 15 centimeters in length, half of which is the length of the tail.

It builds a nest known as the drey in the fork of a tree using dry leaves and twigs. Sometimes, the nest is also built in an attic or in the exterior walls of houses. This squirrel does not hibernate as it cannot store enough energy to survive for long periods of time without food. As such, the dreys are usually made thicker and bigger during the winter, and the squirrel comes out occasionally in search of food. During winter, squirrels share dreys for warmth. When it sleeps, it wraps its tail around it, which serves as a blanket.

This squirrel communicates mainly through its tail, using this as a signaling device although it has a large variety of calls. It twitches its tail when it is suspicious or uneasy.

The courting season begins in late winter and the squirrels that start breeding are about a year old. It reproduces twice a year with 2 to 4 young ones each time, but in some rare cases, up to 9 litters have been born. The gestation period is six months. The first set of litter is born in January or February and the second set of litter is born during midsummer. The young squirrels mature quite slowly and are on their own in about three months of time. The male squirrels play no role in rearing the young ones.

The diet predominantly includes nuts, acorns, seeds, and berries. The squirrel occasionally feeds on vegetation especially during the spring. Sometimes, it also eats bird eggs, nestling birds, and small insects. It is diurnal and most active during dawn and dusk, searching for any type of available food.

This squirrel is a scatter hoarder by nature. That is, it stores food in small quantities for later recovery. Some caches are very temporary in nature and are usually made near the site of abundant food. The food is retrieved from these temporary caches within a few hours or a couple of days and stored in a more permanent place. The food stored in the permanent cache is usually not recovered for months. It has been estimated that one squirrel makes several thousand caches in a single season. It uses spatial memory to remember the locations of the caches, and uses nearby landmarks to retrieve them. The sense of smell is used once the squirrel is a few centimeters away from the cache.

This squirrel is a gnawing animal having well-developed jaw muscles, along with chisel-shaped front teeth that can chew just about anything. These teeth are kept sharp by gnawing on hard objects like woody plant materials, seeds, and nuts. One of the problems that almost all families of squirrels face is that their front teeth grow constantly. They hence have to be filed down regularly, else they can grow to a point where the squirrel will be unable to eat and will starve to death. Gnawing helps file the teeth. 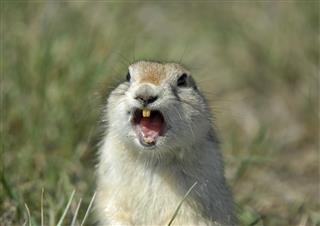 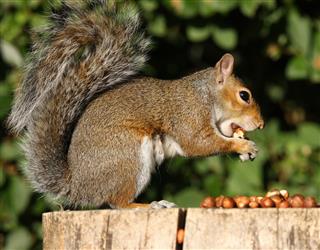 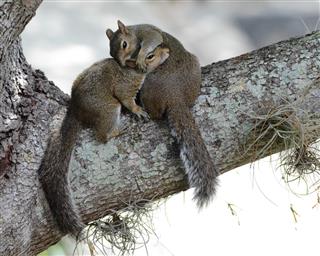 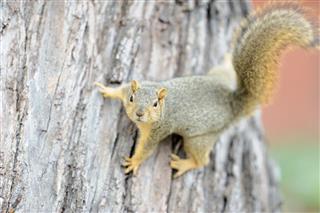 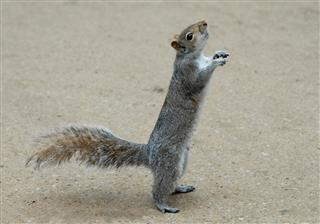 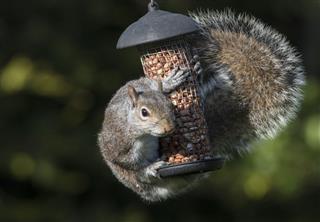 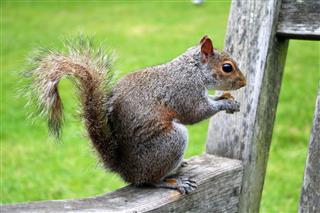 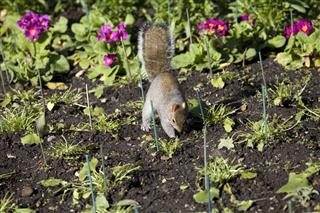