Tigons are an offspring of a male tiger and a lioness, and are almost the same size as that of their parents. This AnimalSake write-up puts forth some more interesting facts about tigons.

You are here: Home / Uncategorized / Interesting Facts About Tigons 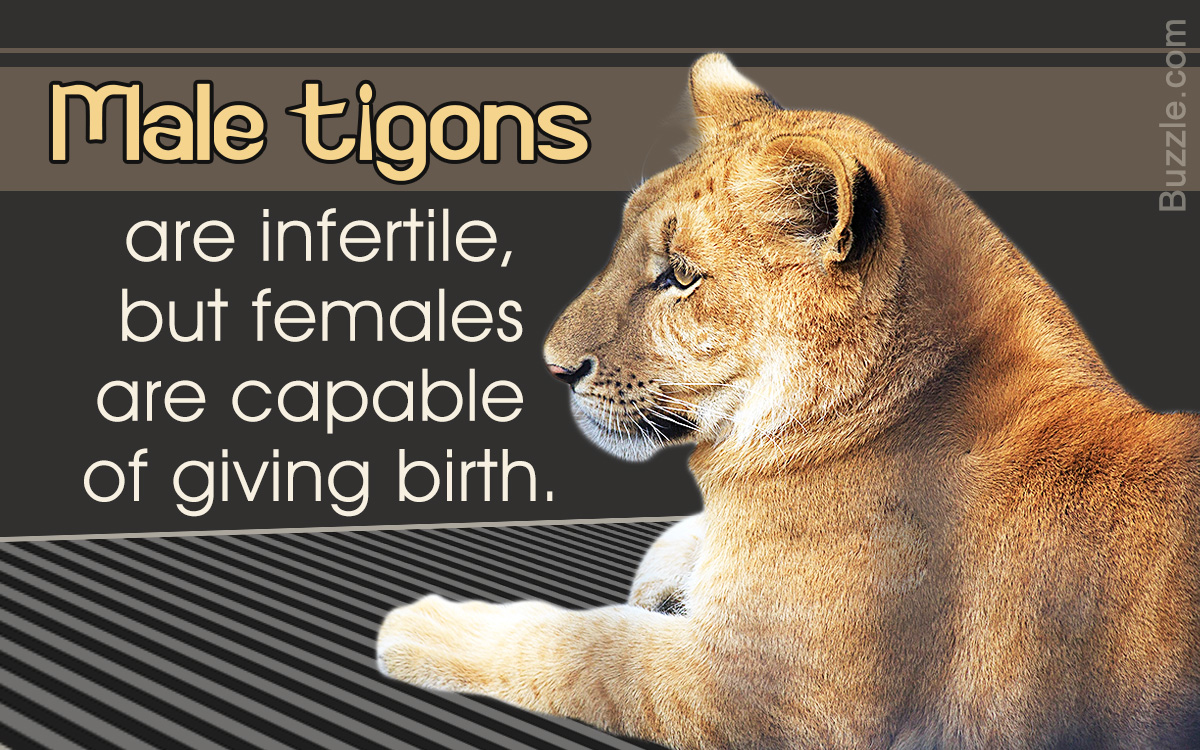 Tigons are an offspring of a male tiger and a lioness, and are almost the same size as that of their parents. This AnimalSake write-up puts forth some more interesting facts about tigons.

Tigons were first bred and exhibited in zoos in the 19th century. Now, this breeding practice has been banned due to conservation issues.

Tigons, also called tiglons, are hybrids. They are born when a male tiger mates with a lioness. Their parents are of the same genus, but of different species. They should not be confused with ligers, which are an offspring of a male lion and tigress. Tigons and ligers, though both hybrids of lions and tigers, show a lot of differences. Tigons are much smaller than ligers, and hence are less popular as well. Since lions and tigers do not mate in the wild, they are born in zoos or through artificial insemination. There are a very few tigons in the world today. 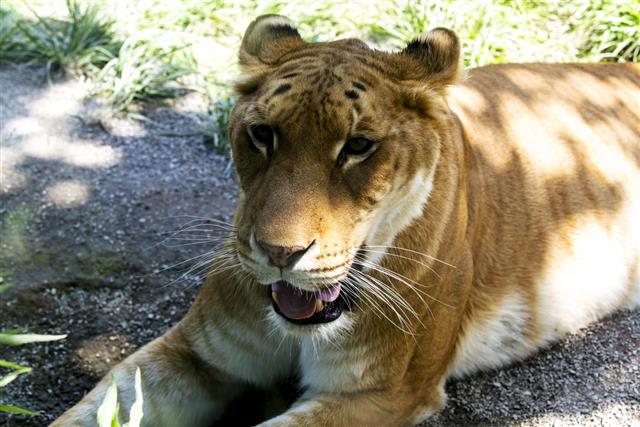 ✦ The shape of the face, color, size, and other characteristics depend on the subspecies bred and how the genes interact.
✦ The color of their coat ranges from pale ocher to yellowish brown, a little darker than lions and lighter than tigers.
✦ Tigons can have spots or stripes, as lions have both the genes.
✦ A male tigon does not have a full mane, but can retain some ruff.
✦ They weigh around 180 kilograms.
✦ They are comparatively smaller in size as the lioness carries growth inhibitors. They never exceed the size of their parents.
✦ In fact, full-grown male tigons barely grow as much as the lioness. But, they do not show dwarfism.

✦ Tigons are very aggressive.
✦ They show conflicting behavioral characteristics, since lions are very social, and tigers are loners. This can cause depression in tigons.

✦ Male tigons are infertile like most hybrids, but females are capable of giving birth.
✦The second-generation hybrid of a female tigon and lion is called a litigon, whereas that of a female tigon and tiger is called titigon. Litigons look more like lions, and titigons like tigers.
✦ A female tigon named Rudhrani, at the Alipore Zoo, in India gave birth to seven litigons in her life after mating with an Asiatic Lion. One of them went on to grow 4.3 ft tall and weighed at least 363 kilograms.

✦ Tigons have a lesser lifespan than tigers or lions.
✦ They are more susceptible to diseases like cancer.
✦ Their exact lifespan cannot be predicted, but it is less than lions or tigers.

✦ They can growl like their fathers, and roar like their mothers.
✦ They absolutely love to swim and spend time in water.
✦ Since they are kept in captivity, they eat what the humans feed. Initially, when they are smaller, they drink their mother’s milk. As they grow, they are fed horse meat, beef, or chicken.

As you can see, interfering with nature never serves any purpose. Most scientists do not agree with this animal experimentation as it leads to a disruption in species. Moreover, tigons cannot survive in the wild as they are too small to compete with other big cats. Also, as you can see, they are more prone to diseases, have conflicting behavioral patterns, and a lesser lifespan.