Confused Between a Rat and a Mouse? Here’s How You Can Distinguish

Rats are much larger and heavier than mice. If you are one of many who can't tell them apart, then this article is for you. AnimalSake will compare a rat vs. a mouse, and give you useful tips to distinguish one from the other.

You are here: Home / Uncategorized / Confused Between a Rat and a Mouse? Here’s How You Can Distinguish 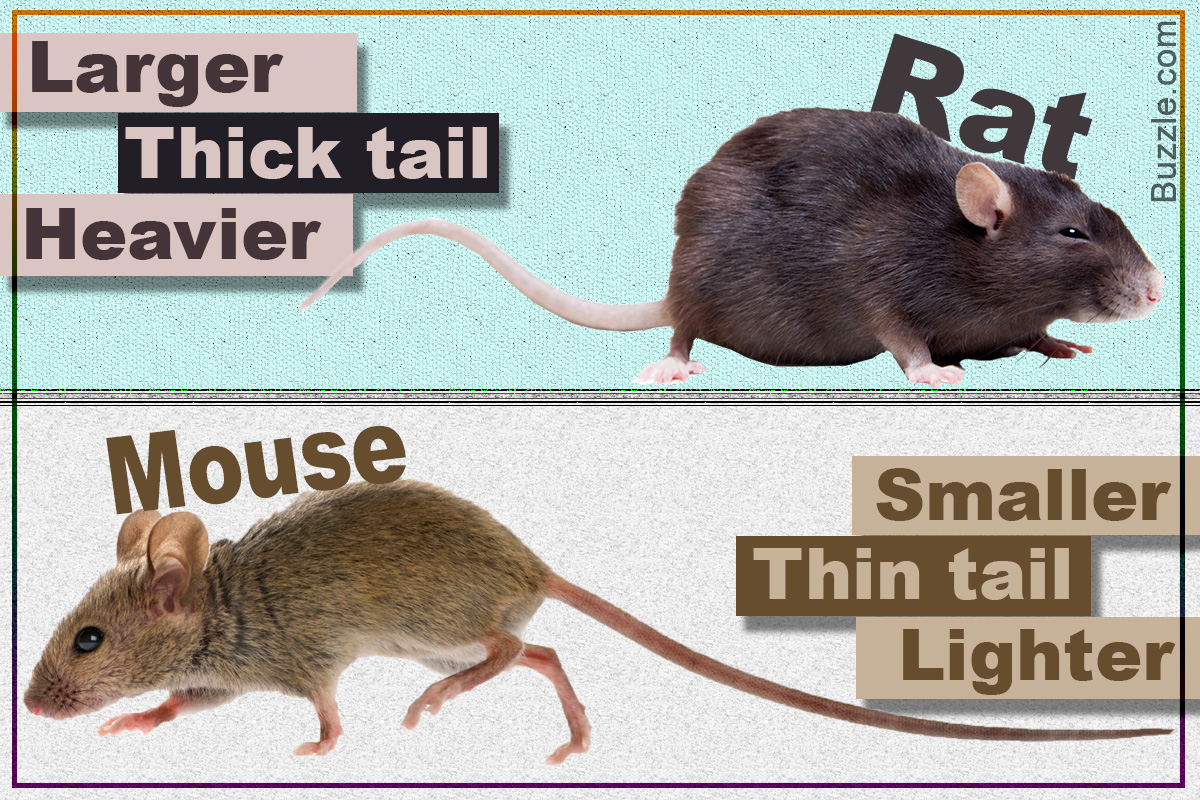 Rats are much larger and heavier than mice. If you are one of many who can’t tell them apart, then this article is for you. AnimalSake will compare a rat vs. a mouse, and give you useful tips to distinguish one from the other.

Rats are so intelligent that they have been spotted trying to free caged rats in scientific experiments! Also, when scientists tried to tempt these rats using treats, they first made it a point to free their caged companions, and after that they even shared their treats with them.

Rats and mice, though rodents, are commonly confused for each other. Not only in present times, even the ancient Romans called large rodents rats, and smaller ones mice. Though the words ‘rat’ and ‘mouse’ are used liberally, they actually refer to the common Norway Rat and House Mouse, respectively. These rodents are ubiquitous, so much so that it is said that there is one rat for every person in a city like New York. While the basic difference between a rat and a mouse is the size, rats also live longer and are much more intelligent than mice. In fact, it is thought that they share traits similar to humans, like intelligence, which is why they make good pets.

Whenever people complain of rats being seen in their houses, in most cases, the creature seen is actually a mouse. This is because, when comparing rats vs. mice, the latter are more common and make themselves comfortable in human surroundings, whereas rats, if found, are mostly in basements or sewers. The reason why both these creatures commonly cross paths with humans is because of the easy availability of food. In fact, this association goes back thousands of years; their bones have even been found in caves where prehistoric man lived. However, both are known to carry parasites that cause diseases in humans. For keeping them at bay, it’s important to be able to tell a rat from a mouse, as is explained in detail below.

Other Signs of Presence

In hindsight, if you see a large rodent in your house, it’s probably a rat. The size difference holds true even in case of any poop that you may find. If you find black trails and tail marks, your culprit is a rat, while a lingering smell of urine will indicate the presence of mice.