Mind-boggling Facts About Warthogs You Should Read

The jungles of Africa are filled with certain animal species that can't be found anywhere else in the world. One of these rare species is the warthog. Probably the most feared member of the pig family, warthogs can be found in the grasslands, woodlands, and savanna regions of the Sub-Saharan Africa. Let's uncover some more interesting facts about this wild pig.

You are here: Home / Uncategorized / Mind-boggling Facts About Warthogs You Should Read 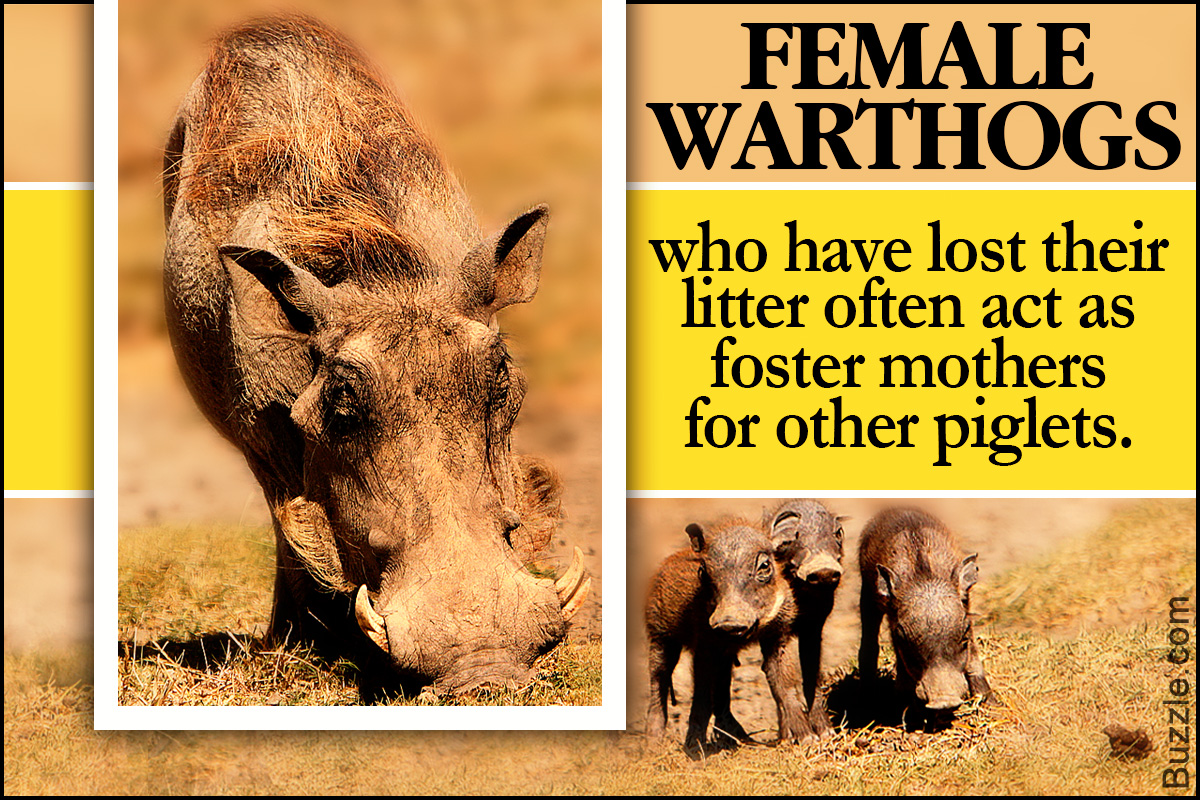 The jungles of Africa are filled with certain animal species that can’t be found anywhere else in the world. One of these rare species is the warthog. Probably the most feared member of the pig family, warthogs can be found in the grasslands, woodlands, and savanna regions of the Sub-Saharan Africa. Let’s uncover some more interesting facts about this wild pig. 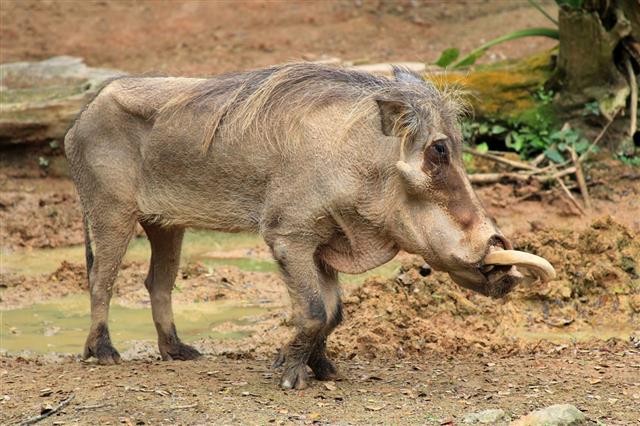 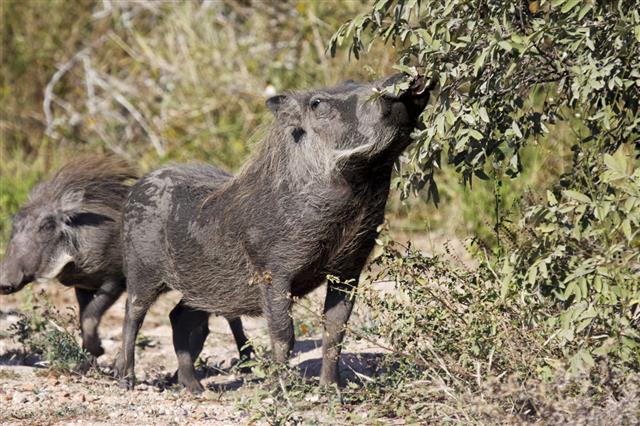 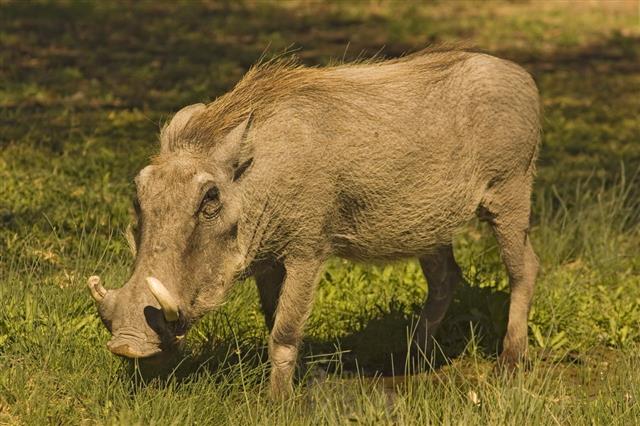 The warthog is one of the few African animal species that boasts a decent population. Its members have survived for so long because of their skills in adapting to new threats and environments.

The warthog’s scientific name is Phacochoerus africanus, and the term warthog comes from the four large wart-like protuberances found on the animal’s face. Warthogs are also called Vlakvark, meaning ‘Pig of the Plains’ by the locals. Normally they pose no threat, but if provoked, warthogs can fight back valiantly with their tusks or teeth, and even severely injure a predator twice its size.

Four species of warthogs can be found in the wilderness of Africa:

» Warthogs are the only pigs that can survive in hot areas without water for several months, as their bodies conserve moisture inside that might otherwise be used for cooling.

» An average male will weigh anywhere between 132 to 330 pounds. Females are quite lighter in comparison, and weigh about 99 to 170 pounds.

» An adult female is called a ‘sow’, and an adult male is called a ‘boar’. In both sexes, the tusks and the two warts are the most prominent features on the face. The large head is covered with a mane that travels down the spine and ends at the middle of the back.

» Females can be usually found in groups with their piglets. A group of warthogs is called a sounder. Males prefer roaming alone, although young males do socialize in bachelor groups.

» Despite their dreaded appearance, warthogs prefer staying away from danger. They can run at a speed of almost 33 miles per hour, and have a tendency to run backwards into burrows to escape predators. The backward running ensures that predators will face its deadly tusks if they follow it.

» A tail of a warthog stands up when it runs, and young ones always run in line behind the mother.

» They aren’t territorial in nature, and have home ranges that are shared by many animals.

» The face is flat and carries a prolonged snout. Warthogs are not blessed with great vision, and hence their eyes are located high on their head, to keep a lookout for predators when they lower their heads to feed on short grass.

» Normally their tusks are used for self defense, but they also act as powerful shovels. Warthogs use them to dig burrows or to remove the bulbs and roots of plants.

» They prefer living in burrows or places where there is extra vegetation. In most instances, they breed and sleep in abandoned aardvark dens.

» The warthog is an omnivorous animal, and its diet consists of grasses, roots, bulbs, berries, various fruits, insects, eggs, and carrion. Grass constitutes a major portion of their diet, but wildlife experts have also observed them killing and eating snakes.

» Warthogs can survive 15 years in the wild, and almost 22 years in captivity.

» The mating season always coincides with the rains. When the female is in heat, the male will follow her everywhere, make various grunting noises to attract her, and even scare off others who try to court her.

» The gestation period is for 5 to 6 months. When a sow is about to give birth, she will temporarily leave the sounder to give birth in a separate burrow. The litter has two to eight piglets, with two or four surviving till adulthood. It has been observed that sows who have lost their own litter often nurse foster piglets. This nature is defined as allosuckling.

» Females only have four teats, and each piglet has its own teat to suckle milk. If a young one dies, others do not suckle from its teat.

» The adults are threatened by humans, lions, cheetahs, leopards, crocodiles, and hyenas. The main predators of the piglets are snakes, foxes, eagle, owls, and vultures.

» A female can get extremely aggressive if someone tries to approach or harm the young ones. They are capable of inflicting severe wounds to protect themselves and the litter. Despite their temperamental nature, warthogs have been observed to allow banded mongooses and tick birds to pick insects from their body.

At present the IUCN lists warthogs as a Least Concern species. However, their population has seen a recent decline due to illegal hunting and poaching. African farmers are also known to hunt them in large numbers because they are known to carry swine fever, a disease that is extremely fatal to humans and other domesticated animals. 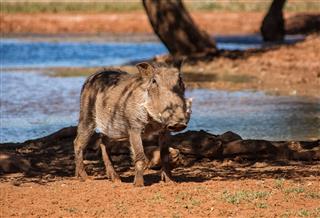 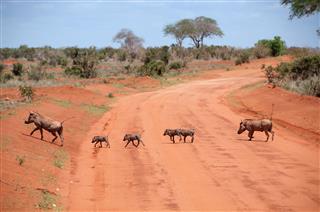 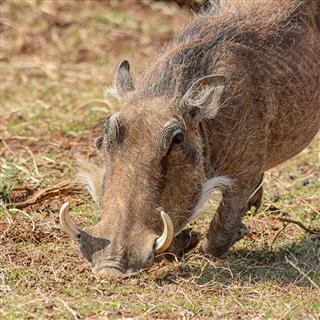 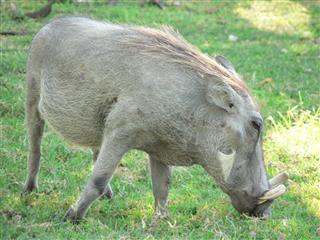